In March, former Fox News anchor Juliet Huddy met screenwriter Charles Randolph over drinks at the Royalton Hotel in New York to talk about the moment when her life imploded. The writer, best known for co-scripting The Big Short, wanted Huddy’s input for his next film, Bombshell, a Lionsgate drama about the women who exposed sexual harassment at Fox News, including Megyn Kelly (played by Charlize Theron) and Gretchen Carlson (Nicole Kidman), who filed the lawsuit that led to the firing of network chief Roger Ailes.

For Huddy, sharing her story meant returning to some painful history — and violating the nondisclosure agreement she signed in 2016 when she left Fox News over allegations that Bill O’Reilly sexually harassed her. O’Reilly denied the claims, and Huddy departed Fox with a settlement in the high six figures and a promise of silence. The fallout left her with a sense of fatalism about breaking her NDA. “I lost my house. My television career combusted, and I couldn’t get a job for over a year,” says Huddy, who now co-hosts a radio show for WABC in New York. “So come after me. I don’t have anything.”

In order to paint a vivid picture of the network’s culture, Bombshell’s makers spoke to about 20 people with a connection to Fox, including multiple women bound by confidentiality agreements, a task that sent the filmmakers into territory usually left to investigative journalists. “We have all taken an oath to protect our sources,” says Theron, who also produced Bombshell. “But we tried to communicate as much as we could with everybody. Yeah, I’ll just say that.”

The legal gray area of NDAs related to sexual harassment has only gotten murkier in recent days. On Oct.?25, MSNBC host Rachel Maddow broke the news that NBCUniversal would release employees who contacted the company from their confidentiality agreements — a measure that some critics, including new Time’s Up CEO Tina Tchen, called insufficient, because it places the burden on employees to identify themselves first to NBC. As producers set to work on movies and TV shows documenting the #MeToo movement, including an adaptation of two New York Times reporters’ Harvey Weinstein book, She Said, more filmmakers are bound to grapple with NDAs.

Bombshell, directed by Jay Roach (Game Change) and due in theaters Dec. 13, depicts the complicated experience of being female at Fox News during Ailes’ tenure, an era when a meeting with the boss might include a request to twirl — or more. “We kept getting told women would warn each other, ‘Beware of the spin,’” says Roach. “You would hear the PTSD in their voices. It sounded like a horror?film.”

The $35?million movie, which interweaves real Fox News footage (obtained via fair use), shows a workplace where women faced demeaning comments from male co-hosts, policing of their appearance by male executives and unwanted sexual propositions. Roach’s crew obtained photos and details from Fox personnel in order to re-create key elements of the physical space, including Ailes’ office. They did not, however, reach out to the current Fox employees portrayed, such as Sean Hannity or CEO Suzanne Scott, according to a network?spokesperson.

(“Since the 2016 departure of Roger Ailes, Fox News has worked tirelessly to completely change the company culture. Over the past three years, we have created an entirely new reporting structure, more than tripled the size of our HR footprint, instituted mandatory in-person sexual harassment training, started quarterly company meetings and mentoring events as well as implemented a zero tolerance policy regarding workplace misconduct for which we engage outside independent firms to handle investigations. No other company has implemented such a comprehensive and continuous overhaul. We are incredibly proud of our team and will continue to emphasize transparency across all Fox News Media,” says a Fox News spokesperson.) 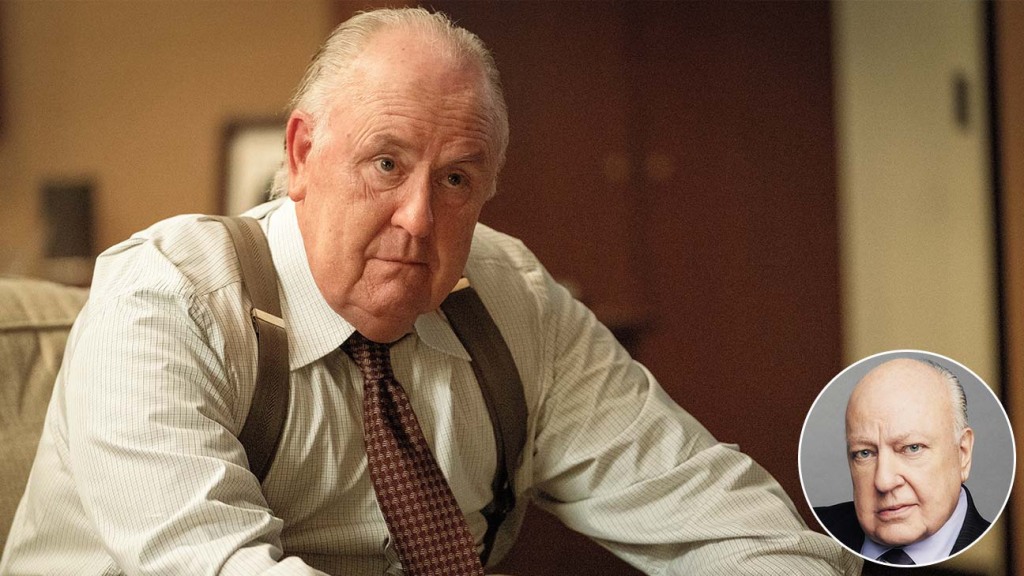 Kelly’s attorney, Bryan Freedman, says the former anchor had “no involvement” in the film, although some scenes draw on stories told in her 2016 memoir, Settle for More. “Megyn has never met or spoken to Charlize, and she did not sell the rights to the book,” Freedman says. “In fact, Megyn was as surprised as anyone when the trailer dropped.”

Carlson, who has testified before Congress in support of a bill that would ban NDAs in sexual harassment settlements, cites her own when asked about the movie. “It’s really frustrating that because of my NDA, I can’t participate in any of these projects,” she says. “It’s why I’m working so hard on the Hill to change that.”

In the wake of NBCUniversal’s statement about its NDAs, multiple former Fox News employees, including Carlson, have called on their old network to release them from their confidentiality agreements. It’s unclear what the consequences may be for women who violate their NDAs in order to speak with filmmakers, and Fox has declined to comment on whether it would enforce them. Former Fox contributor Tamara Holder, a Chicago attorney who now focuses on women’s rights, signed a settlement with the company in 2017 after she said she was sexually assaulted by an executive there. Holder, who did not speak to the filmmakers, says she faces a $500,000 penalty whenever she talks publicly about her time at Fox, which the network threatened to enforce in 2018.

The law around such agreements is shifting as secrecy provisions that were crafted before #MeToo come under increasing scrutiny. New laws in California and New York prohibit the use of NDAs in cases of sexual harassment. “Most companies have not been enforcing these NDAs since #MeToo because all they would do is draw attention to their bad practices,” says Elizabeth Tippett, a University of Oregon law professor specializing in #MeToo cases.

For some of the Fox News women under NDAs, talking to filmmakers has been freeing. Rudi Bakhtiar had her contract as a correspondent at Fox terminated in 2007 after she complained about sexual harassment, an incident she says she has mostly buried. In a scene in Bombshell, a male supervisor propositions Bakhtiar, played by actress Nazanin Boniadi, at a meeting. Before shooting, Boniadi reached out to Bakhtiar, who asked to meet with Roach and Randolph. “The movie has been very cathartic,” says Bakhtiar, who now hosts a radio show and is making a documentary about the Kurds. “I didn’t want to admit to myself how angry I am about what happened. The movie meant that I had to face this.”

By the time Randolph called Huddy, Bombshell was already shot, and he described to her a scene where Kelly visits her character, played by Jennifer Morrison, at a local Fox affiliate where Huddy had been relegated after rebuffing O’Reilly. The scene with Kelly never took place, according to Huddy. “I thought, ‘Well, God, he’s contacted me kind of late to get my perspective,’” says Huddy. “I really do hope that they did their due diligence. I hope that they kept in mind the fact that while Gretchen and Megyn were turned into heroines, there were quite a few of us whose lives were turned upside down.”

The movie includes other creative flourishes — The Five co-host Kimberly Guilfoyle never handed out “Team Roger” T-shirts, for instance, though she was a staunch Ailes supporter.

Some of the women depicted in the movie say they weren’t consulted — and they’re frustrated to have no part in the telling of their own stories. Julie Roginsky, a Democratic strategist played by Ahna O’Reilly, appeared regularly on The Five and Outnumbered until she filed a lawsuit in 2017 alleging that she was denied a co-hosting job after refusing to have sex with Ailes. Roginsky’s scene is a fictional interaction with now CNN anchor Alisyn Camerota, who approaches Roginsky’s character in the cafeteria and asks her about being harassed. “Nobody reached out to me about this movie, but if they had, I would not have been able to talk to them because I have an NDA,” says Roginsky. “That allows the moviemakers to take license with our stories. It is frustrating that other people have taken advantage of my silence by creating a character.”

Shortly before production started, Roach and Randolph had an audience with a key figure who represented Ailes’ point of view — his attorney, Susan Estrich. During a two-hour meeting at her house in Los Angeles, Estrich says, she asked the filmmakers questions about the Ailes lawsuits. “And when all the answers were wrong, I knew that they had only talked to one side,” Estrich says. “They’re very talented people, so I expect it’s a good movie, but I don’t think anybody should make the mistake of thinking it’s fair and balanced.”

For some of the women depicted, Bombshell is a grim reminder that they feel less like heroines of the #MeToo movement than its casualties. “For speaking up, we’re now unemployable in the industry,” says Roginsky. “That’s the tragedy. Rather than Hollywood telling a story of ‘I am woman, hear me roar,’ what really happened is the women all got drummed out of the business.” Huddy has a suggestion, however: “Maybe they could have a sequel.”

A version of this story appears in the Oct. 30 issue of The Hollywood Reporter magazine. To receive the magazine, click here to subscribe.