The Anthenea is a fully autonomous pod suite on the water, complete with a rooftop bar, solarium and a kitchen with submarine windows.

French architect Jean-Michel Ducancelle was 15 years old when he went to watch The Spy Who Loved Me at a cinema in Marseille. “As a young boy, it sparked my imagination,” he told The Hollywood Reporter over the phone from France.

“I was drawn to the story of this man who gives up everything to live under the sea and builds this octopus-shaped space that’s in contact with the flora and fauna of the ocean,” says Ducancelle. “At the end of the film, when you see Bond and the ‘Bond Girl’ in an extraordinary floating saucer. Well, that was the start of the Anthenea.” 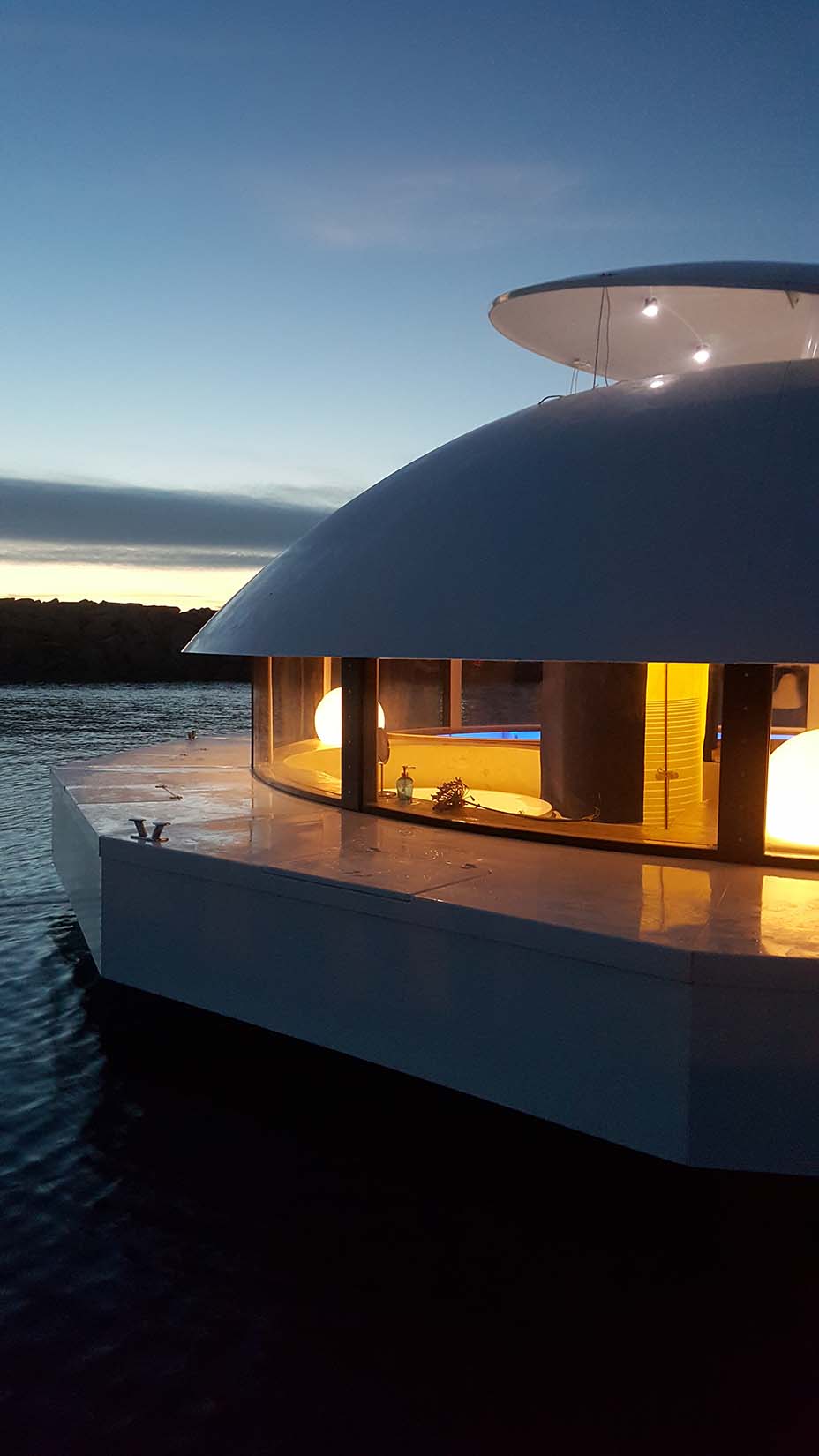 It has taken five prototypes and about 15 years, but the Anthenea (the luxury, eco-friendly apartment-like pod) is now available for commercial sale at $480,000 to Bond enthusiasts and environmentally conscious nomads alike. (Initially, Anthenea was only meant for the hotelier and hospitality industry, but Ducancelle decided to share his vision of sustainable living with a wider audience).

While the villainous Stromberg took his love of the sea and hopes for humanity to the extreme, Ducanelle wants to be more persuasive by using a floating living room with 360-degree views of the ocean to help foster an appreciation for the planet. 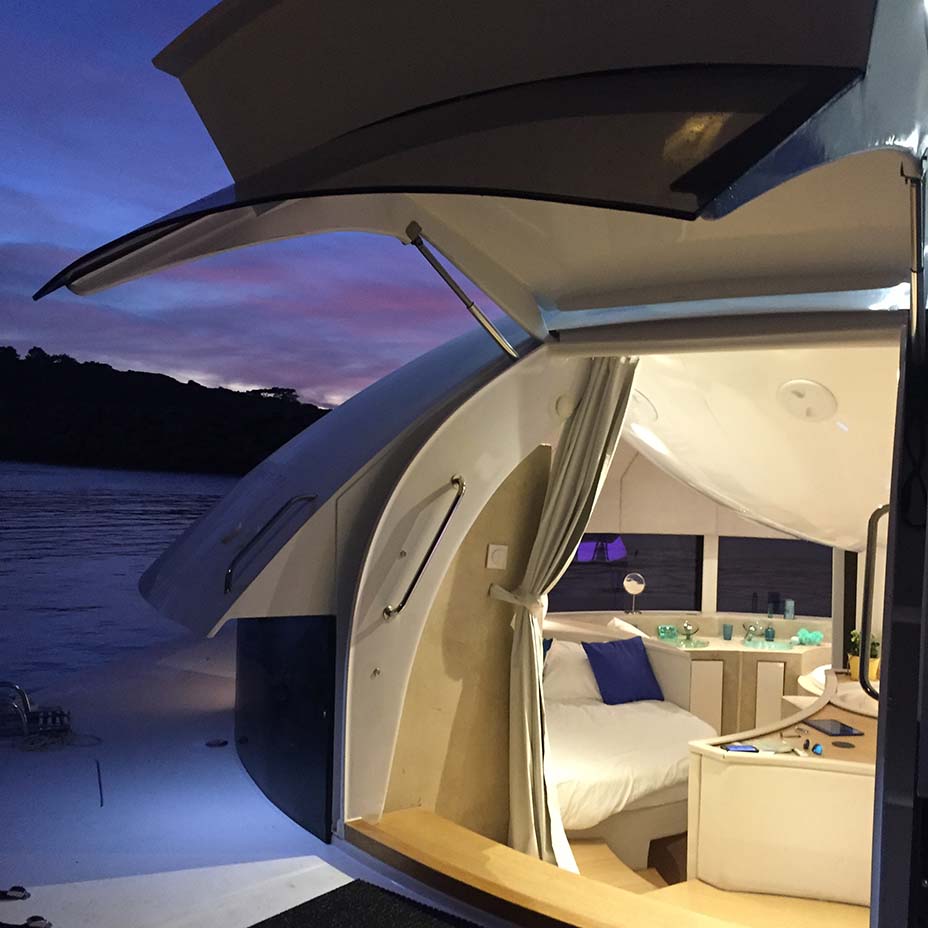 Composed of fiberglass, the Anthenea features a glass bottom that serves as a window into the seascape below. The construction is more stable than a boat and can, apparently, depending on where it’s docked, resist a cyclone and adapt to any water body in any climate.

“It’s a new way to live, a new concept of a habitat that is ecological. There is no gasoline, no electricity, no water,” he says. “The Anthenea has its own energy. It’s luxury and comfort, while still being eco-friendly.”

Earlier versions of the Anthenea only had solar panels on one side, but they now cover the entire dome exterior. Living off-grid like this, on the ocean, he says, couldn’t be done until now: “Twenty years ago, it was not possible because the technology was not there.” 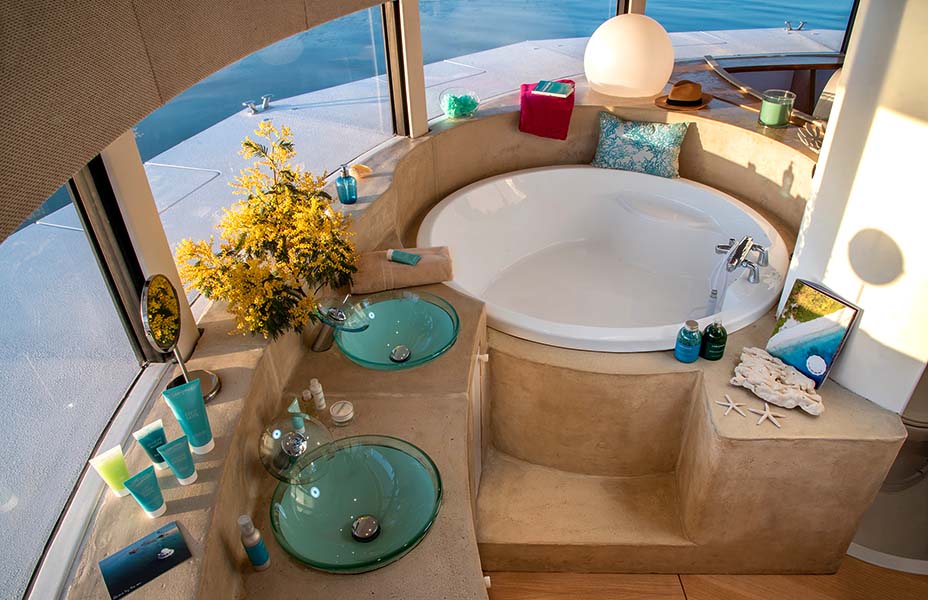 Ducancelle based the design of the Anthenea’s living room on the cocoon-shaped interior of the escape pod that Bond uses in The Spy Who Loved Me. He expanded on his collaboration with architect Antti Lovag on the Palais Bulles or “Bubble Palace” near Cannes. Then renowned fashion designer Pierre Cardin, who once owned the Bubble Palace, bought a share of his company and helped design the interior of a prototype, pushing Ducancelle’s vision of the Anthenea further.

Inside, the Anthenea has three living spaces. The living room is equipped with a sofa, a mini bar, curved furniture covered with waxed concrete, and an expansive underwater window. The bedroom has a circular bed and bathtub, and a relaxation area boasts a 360° solarium on its rooftop that fits 12 people. Everything inside is entirely made from sustainable materials. All of this earned the Anthenea the 2019 Innovation Trophy from leading French tourism magazine L’Echo Touristique.

To date, there is one Anthenea showroom off the coast of France, but Ducancelle hopes to attract more interest in his luxe, eco-friendly pod by hosting events. One is in the works for the 2020 Cannes Film Festival, and the Anthenea has already attracted the attention of French actor Tomer Sisley, among others. The sea’s the limit. 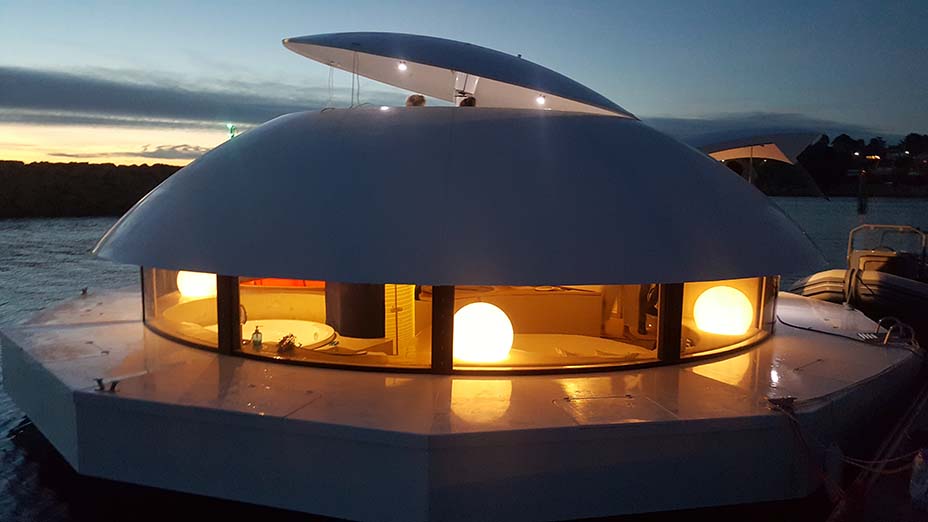