Tony-winning singer-actor Billy Porter is something of a caped crusader. At the Met Gala, he stepped out in a caped Egyptian-inspired look by The Blonds (with wings and a matching headdress, dripping with sequins and crystals) and the star wore a lavishly embellished caped couture suit with fuchsia lining by New York designer Randi Rahm at the Golden Globes. And on Wednesday night, the Pose star — who has had quite the red carpet run, breaking down barriers for gender-fluid style — arrived on the red carpet for the premiere of FX’s Pose season two in a black-and-white matador-inspired ensemble by Filipino fashion designer and architect Francis Libiran that took over two-and-a-half months to make.

The look (which Porter referred to on his Instagram page as “matador realness”) consisted of a heavily beaded, perforated bolero jacket worn over a white shirt and black trousers, finished with a cummerbund that has an attached black satin skirt with a dramatic ruffled train. He accessorized with a matching beaded choker by Libiran, Cuban-inspired Jean-Michel Cazabat boots, and a hat by Esenshel.

Porter’s stylist Sam Ratelle talked to The Hollywood Reporter about his premiere look for Pose, which begins airing on Tuesday, June 11. 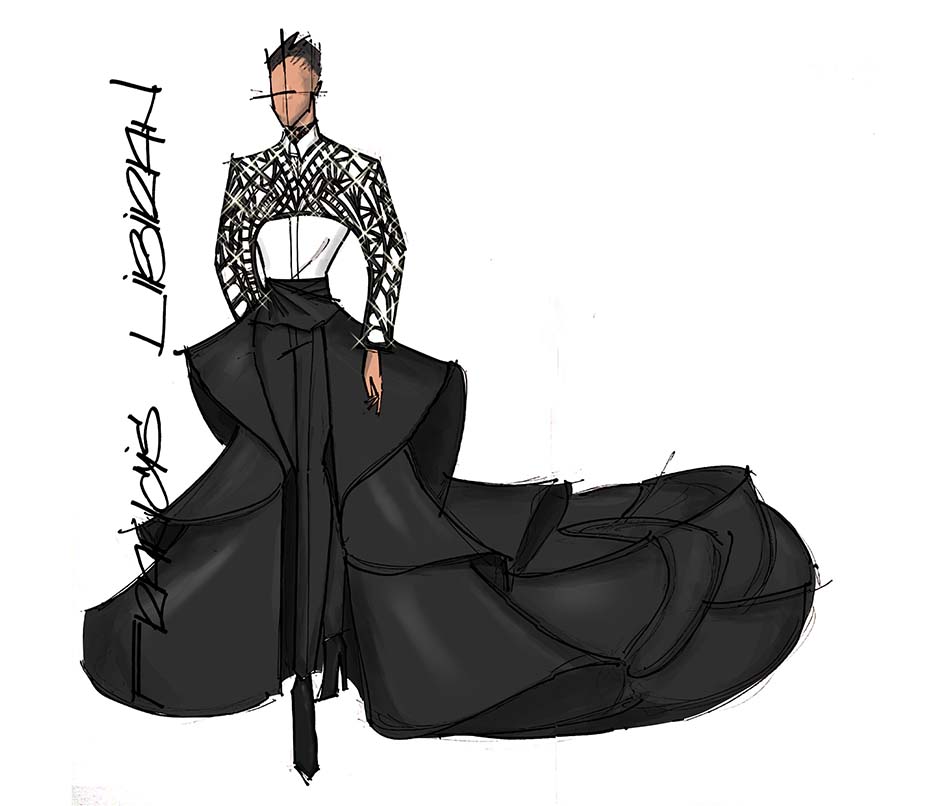 “It’s very synergistic to be a bullfighter; you know, we’re fighting bullies all the time!” said Ratelle. “It’s still masculine and feminine, but I wanted to depict his strength and how far he’s come. At the same time, I wanted to make sure it was art. Because he’s always telling me, ‘I want to look like wearable art.’ The designer said, ‘It’s Billy Porter. I think we need something big.’ And I was like, ‘Well, we go big or go home!’ So he included a skirt attached to the cummerbund. It’s probably the heaviest thing he’s ever worn. It weighs at least 25 pounds and he’ll literally take up at least 10 feet of the carpet. It’s grand.”

As to the duo’s end goal, Ratelle said: “It’s all about changing perception. We want to keep challenging the notion of what it means to dress like a man or a woman. Women have been wearing pants for decades, but you put a dude in a skirt and it’s like the world falls apart. We want to keep expressing that it’s OK to literally wear whatever you want.” 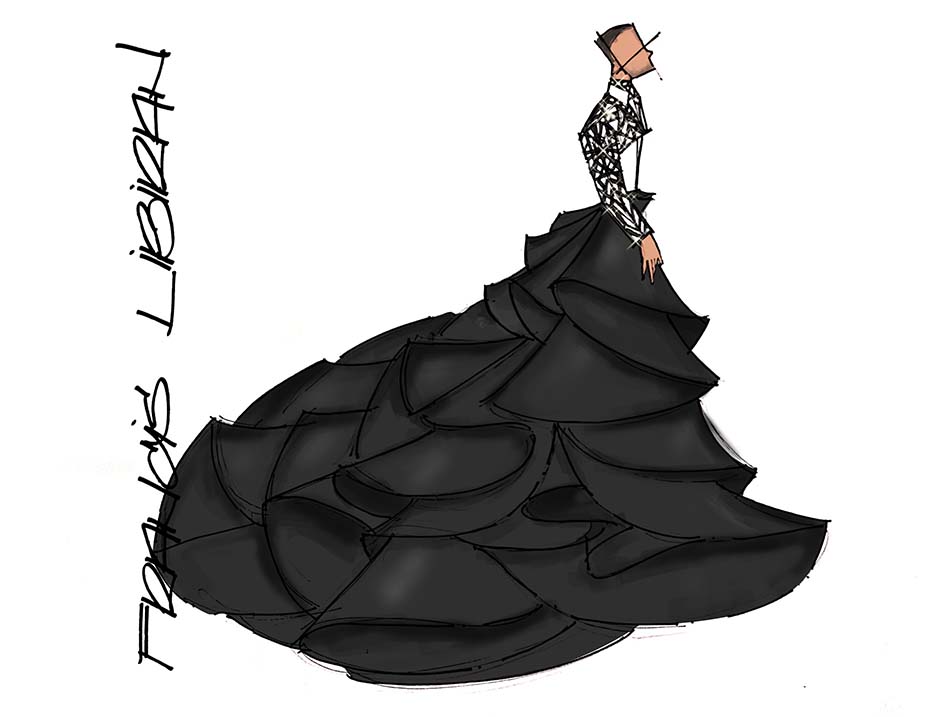 He points to the Louis XIV-esque velvet Gucci loafers that Porter wore at the Golden Globes as “a reminder that guys were wearing pumps and dandy styles for centuries, so what’s the problem now?” But finding beautiful shoes in Porter’s size, a 10.5, has been such a challenge that the stylist and his client are considering launching a gender-free shoe line.

His overall mission hasn’t been easy. Ratelle continues to get pushback; when he requests women’s clothing for Porter, some showrooms ignore him and insist on sending a classic black suit. “Others have told me in the best corporate way ‘He’s a queen; we don’t want to work with him’ or ‘He doesn’t have enough followers’ or ‘We don’t like his Instagram aesthetic’ or ‘He’s just not big enough,’ Which is generally what happens with Broadway talent. Nobody wants to ever give them clothing. And these are often the most talented people in the world. They’re so deserving of looking fantastic. It’s a billion dollar industry! We have to be able to open these doors. For me it’s like, ‘Fine, you don’t want to give me the clothes. That’s OK. But you can’t keep me from buying them … I’m constantly in search of designers who are willing to embroider and embellish things because he’s a little bit flashy. And we want the cameras to really flash on him!”

The Category Is: @poseonfx Season II NYC Premiere Realness. Thank you @francislibiran8 for this stunning custom couture piece you sent all the way from The Philippines. I feel like a Matador Kween! Coming for all the bullies and killing them with love and slayage. #posefx Style by @sammyratelle for @rrrcreative Agency Grooming by @lasonyagunter Styling Assistant: @ashleymarienyc Custom Couture Look by @francislibiran8 Hat by @esenshel Earrings by @oscarheyman

The irony is that as Porter’s success has grown, and once he made his fashion presence known as the official ambassador for New York Fashion Week’s men’s shows in February, many of those same showrooms are now scrambling to dress him. “The very people who said ‘no and no again’ are literally hounding us,” Ratelle says. “If there’s a change of heart, we’ll listen to it. But we don’t want to be anywhere that we’re not welcome. And it’s so funny, because they are interested in supporting when it works for them, but not when it doesn’t. ‘Come to the show and sit front row because you’re fabulous.’ However, when we go back and ask for things, it’s always a ‘no.’”

He continued: “I don’t really understand the notion of gender being attached to clothing. I guess it sounds simple, but it’s deeper. And I think we have to keep showing it. People need to wear whatever they want. Often, we get this thing where [people] think of him as a drag queen. He’s not a drag queen. He’s a man in a dress!”

"No One Wants to Be the Good Guy": Hugh Grant, Richard Madden, Billy Porter and The Hollywood Reporter Drama Actor Roundtable