During the U.S. Open on Tuesday, French tennis player Alizé Cornet was cited a code violation for undressing to her sports bra for a manner of seconds during a break between her second and third set, when she realized her shirt was on backwards and turned away from television cameras to rectify it.

The wardrobe reparation immediately led to a warning for unsportsmanlike behavior. The Women’s Tennis Association was rapid to call out sexism. Male players frequently change shirts during matches, even sitting on the court topless during games.

It followed a brouhaha over the French Open in May, where Serena Williams played her first major tournament after childbirth. She wore a black catsuit designed especially for her by Nike, one intended to prevent clotting, working much like compression hosiery, which is standard issue for most athletes. Her pregnancy had included the removal of a pulmonary embolism that came with her Caesarian section, and she continues to suffer from blood clots.

Fans may have cheered, but not the French Tennis Federation, which plans to issue a dress code for the first time next year, according to an interview that made headlines this week in relation to Williams “going too far” and “not respecting the game.”

In an interview published in Tennis magazine, FTF president Bernard Giudicelli indicated that Williams’ outfit was unacceptable and would have no place in future matches.

Undeterred, the American superstar wore another statement-making look Monday at the U.S. Open — a bodysuit with tutu skirt by Virgil Abloh for Nike.

It may appear at first that these occurrences are isolated to what is an old sport, tennis — once the sport of royalty — and its inability to adjust to modern times. But there is a cultural move across many sports to force women to dress in accordance with how men want to see them. (During the 2012 Olympics, the Badminton World Federation indicated that women would have to wear skirts or dresses to play at the elite level in order to make female players appear more feminine and appealing to fans and corporate sponsors, officials announced.)

This phenomenon has been witnessed in politics, too (remember the outcry in 2017 over female lawmakers not being allowed to go sleeveless in the House of Representatives?) and in entertainment (Flatgate at the 2015 Cannes Film Festival). But it’s perhaps most visible in sports, because nowhere else is a woman’s body more on display. Her body is her sport, her strength, her tool. 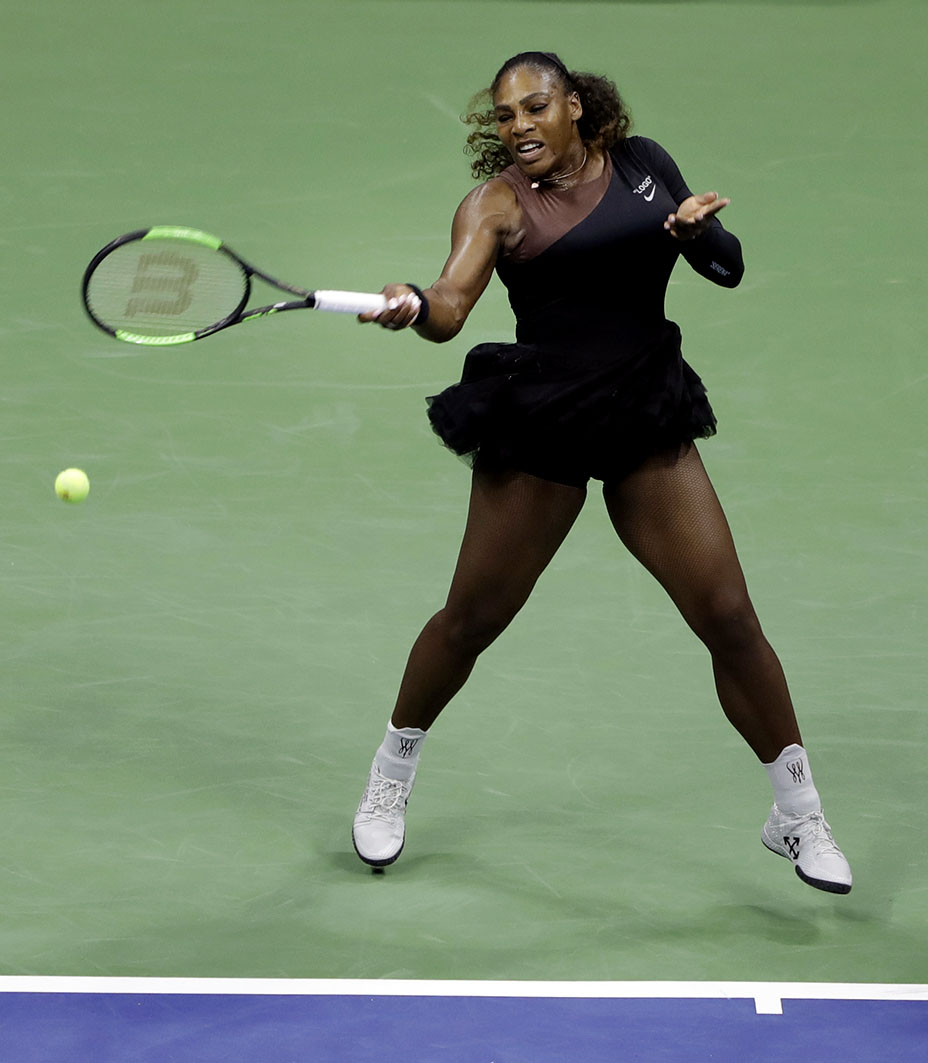 Julia Esteve Boyd of The Etiquette Consultant, who is certified in international etiquette and has lived and worked in France, says, “The roots of French culture are steeped in politeness, and the same can be said about the way they dress themselves. The idea is not to stand out, particularly for the wrong reasons. (To be) discreet and less likely to show off curves and cleavage.” It’s an interesting point of view originating from the capital of haute couture fashion.

Telling women what they can and cannot wear may be at the heart of the culture clash. “We think of France as the home of fashion, but in many ways, the French are sexist. They have an idea of how a woman should look, and an idea of femininity and traditionalism. If a guy took his shirt off, they’d be okay, but a catsuit, c’est un scandale!” says Derek Warburton, creative director of LAPALME Magazine and celebrity stylist.

But is this really a matter of covering up?

The FTF’s ban is not the first effort by the French with regards to women’s clothing. On April 23, 2010, a French woman wearing an Islamic face veil was fined in Nantes. And it was swiftly followed by then-President Nicolas Sarkozy’s efforts to outlaw burqas and niqabs nationwide. The following year, on April 11, 2011, such a ban took place, with little to no governmental opposition.

When I first started keeping an eye on the burqa legislation, it was buried deep in a newspaper, far away from the headlines. But by the publication of my book, Disrobed, in which I wrote about the ban, it had spread to 30 French towns. Marine Le Pen of the National Front Party said, “The French beaches are those of Bardot and Vadim. France does not lock away a woman’s body.”

It is not solely France. The effect has rippled across Europe. On May 31 of this year, Denmark became the continent’s latest country to outlaw full Islamic face veil in public spaces.

Is there a connection between this legislation and uniform regulation? Williams seems to think so. On Aug. 5, she Instagrammed Sylvie Inaya, a fitness coach in a head scarf, with the caption, “Strength looks so good on you.”

Until 2012, FIFA officially banned the wearing of head covers by women players, effectively sidelining Muslim female athletes. After a two-year test, the ban was finally lifted in March 2014. It wasn’t until May 2017 that FIBA allowed female basketball players such as Indira Kaljo and Bilqis Abdul-Qaadir to wear head coverings. In 2017, Nike released the Pro Hijab, an athletic head cover for its Muslim athletes.

Nike’s official response to the FTF was to issue an advertisement featuring Williams with the tagline, ‘You can take the superhero out of her costume, but you can never take away her superpowers.’ 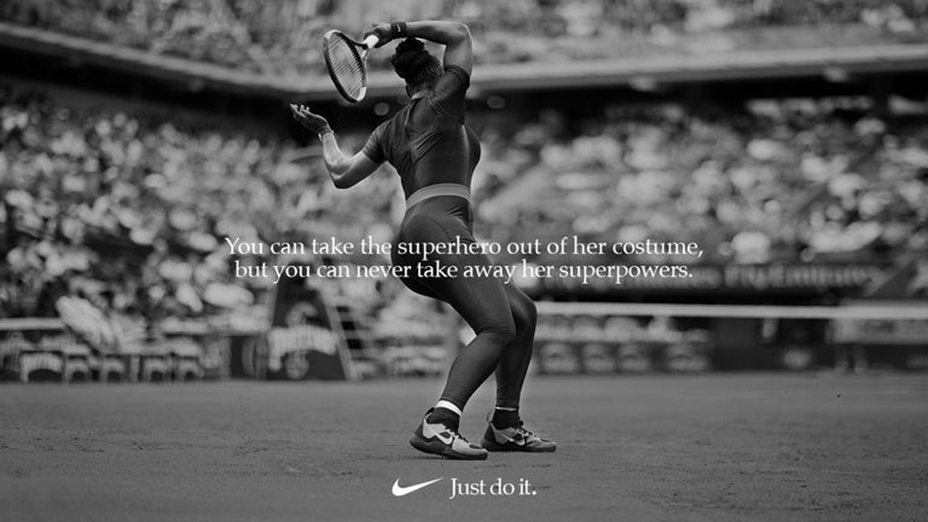 Indeed, some feel it is an attempt to drive women out of sports. Anisha Bhasin Mukherjee, an on-air style host for Sports Illustrated and founder of a clothing collection that can be worn both during and after pregnancy, says, “It is outrageous, this is not a matter of trying to be fashionable and make a statement; it is a matter of her health. Blood clots are very common after a pregnancy. Serena was saying ‘this is necessary for me to play so I don’t have extreme health risks.’ You need to adjust to your reality after childbirth. This is 100% the French telling you as soon you get pregnant, this is your retirement. They probably think she shouldn’t be playing and should be home with her kid.”

On Wednesday, the U.S. Open officially indicated that there would be no fine for Cornet and that the umpire was incorrect in his assessment. The FTF, however, has not backed down from the guidelines.

Syl Tang is a futurist and author of Disrobed, a book about the role clothing plays in global events from climate change to terrorism.