On royal wedding weekend, Serena Williams endearingly wore sneakers underneath her floral Valentino gown by Pierpaolo Piccioli. The look embodied her mien as an athlete and style superstar.

Her merging of comfort, athleisure and fashion continued Wednesday with the launch of her first proprietary clothing collection called Serena.

The 12 pieces range from $35 to $250 and include boyfriend jogger pants, a chain strap denim dress, an olive slip dress and “S” logo-branded apparel. Also of note: a white varsity dress reminiscent of a cheerleading uniform (the “W” logo nods to Beyonce’s Coachella outfit that placed her initials on school-themed attire).

The items are for sale on serenawilliams.com, with about 75 total styles coming in the summer and fall.

“I absolutely love this collection because it represents all the facets of my life as an athlete, an entrepreneur, and now, a mother,” Williams said in a statement. “We’re all on a journey that delights us with highs and challenges us with twists and turns, which shapes us into who we are and who we want to become. I’ve learned to embrace and celebrate this process of individual growth and dedicate this collection to all women who want to join me in showing the world our true selves.” 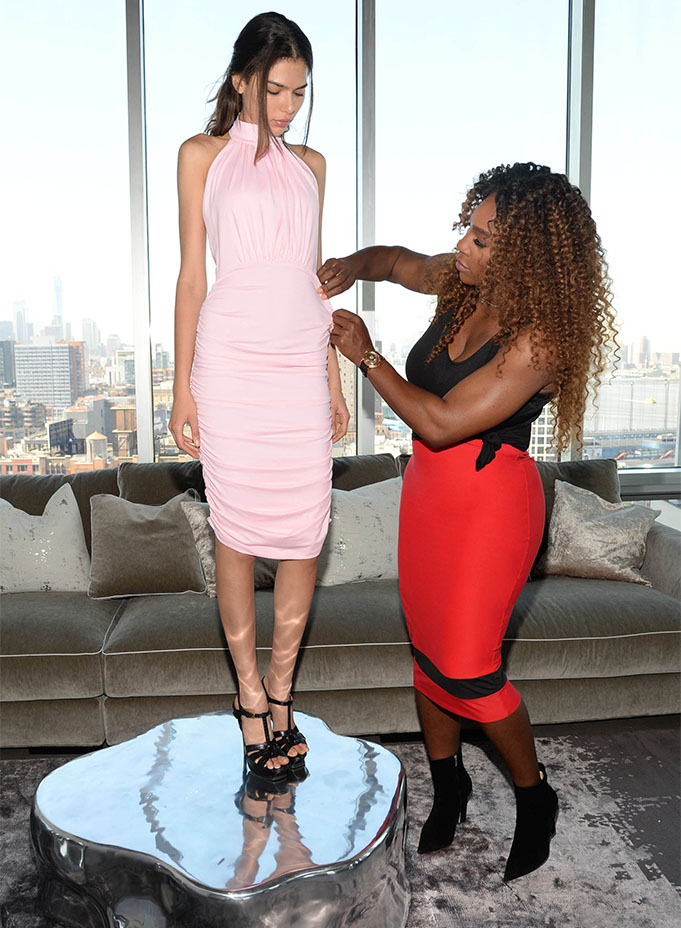 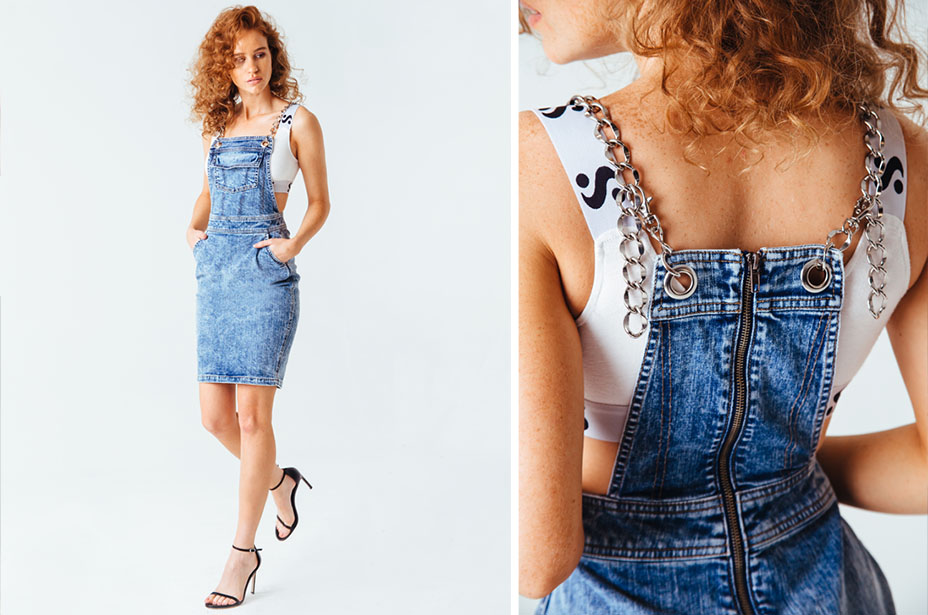 According to People, the tennis champ wore a light pink dress with gold sequin sleeves from her line to the April 25 premiere of Being Serena in New York. The Hollywood Reporter called the television show “a five-episode, HBO-produced commercial for Serena Williams.”

Williams has been growing her involvement in the fashion and beauty industry this year. She’s had a label with QVC and is a frequent NYFW attendee. But in January, Williams filed for trademarks for a beauty company called Aneres — her name spelled backwards — for fragrance, makeup and hair products (joining the likes of Rihanna and the Kardashians). In February, she graced the cover of Vogue alongside her infant daughter, Alexis Olympia Ohanian Jr. (remember when she accidentally announced her prenancy?).

In addition to sharing her BTS photo from the royal wedding, Williams also announced her engagement to Reddit’s Alexis Ohanian while wearing Nike sneakers with a black A-line skirt. Girl’s got a thing for athleisure.

Little known fact: I often wear sneakers under my evening gown. These @maisonvalentino @pppiccioli gave to me last min. I told him be careful I tend to be comfy for long nights #beingserena