Continue to The Hollywood Reporter SKIP AD
You will be redirected back to your article in seconds
Skip to main content
June 10, 2019 11:30am

It’s pretty common for a cast to say that they enjoy spending time together, but it’s obvious that it’s true when it comes to the tight-knit group who star on HBO’s Insecure.

Indeed, during THR‘s June 9, 2018, visit to the L.A. set for the third season’s seventh episode, “Obsessed-Like,” the actors were so game to hang out that two of them — Kendrick Sampson and Sarunas J. Jackson — stopped by even though they weren’t shooting any scenes that day.

That Saturday was also the second-to-last day of production. (Episode eight, the finale, had been filmed first to accommodate director Regina King’s schedule.) “We had two days left, so everybody was relaxed, having a great time,” recalls showrunner and executive producer Prentice Penny.

Director Kevin Bray, who has helmed five Insecure episodes, confirms that even when the team is pressed for time, arriving on set is like going to summer camp. “Insecure is probably my favorite show to go work on. It’s literally like a hang.”

The episode hinges on Issa (played by series creator, writer, and EP Issa Rae) as she struggles to understand why Nathan (Sampson) has ghosted her after their magical relationship seemed to be going so strong. “He was the one guy after Daniel [Y’lan Noel] and Lawrence [Jay Ellis] without a past tethered to her,” explains Penny, who wrote the episode and, along with the cast and crew, followed up with THR in May about that memorable day on set. “It’s like a stranger on an airplane,” Penny continues. “You can be honest because there’s nothing I have to hide from you. But then she finds herself falling for him.”

Issa’s solution? Go stalk the guy and snoop around his home, dragging along her best friend, Molly (Yvonne Orji), even though things recently went south romantically between Molly and Nathan’s roommate, Andrew (Alexander Hodge). “I honestly think the first thing that went through his mind was, ‘What the fuck? Like, what are you doing here?’ ” recalls Hodge.

Rae wanted to tackle the ghosting phenomenon for season three based on an experience in her own life. “We wanted to explore how easy it is to obsess over people, especially within the social media age,” she says.

Orji and Rae, whose natural chemistry has bled into a tight friendship offscreen, swapped “Insta-researching” stories they’ve witnessed among their own social circles. “We all have those friends who are Instagram Nancy Drews,” Orji jokes.

When it came to the two actresses’ looks for this episode, costume designer Shiona Turini deliberately drew a contrast. “Issa’s intentionally supposed to look like a woman unhinged because she’s literally coming undone,” Turini said. “I wanted Molly in saturated color and just feeling like a total boss. In this episode especially, she’s pretty dressed up, and she’s the one who has to rein Issa in and make her check herself — like, ‘Girl, what are you doing?‘ “

The throughline of the episode is Issa’s voiceover, a technique that hadn’t been used since the pilot. “When you get ghosted, you start to question yourself and your decisions,” Penny explains. “You have all these different voices in your head and you can’t always articulate that for the people around you. It’s a paranoid you, an angry you, a concerned you, the scared you. We thought, ‘How would you personify that?’ “

Bray enlisted Rae to wear a helmet camera for the point-of-view scenes sneaking up to Nathan’s bedroom to create more of a paranoid, myopic feel. “Issa really pushed me,” he says. “I may have been tentative about pitching the camera rig or the inverted version of the camera from Mean Streets. But she and Prentice got the wind in my sails and said, ‘No, this is great. Let’s do this.’ “

To represent interiors of a Burbank home, the crew took over two spacious condos next door to each other in the Marina del Rey/Culver City area because of their similar architectural design and proximity to the Westside. “We’d leave video village and it would be like you’re trying to go get sugar from your neighbor to give notes,” Penny says with a laugh.

The condo’s kitchen is the center stage for when Andrew finally confronts Molly about her “organized mess” facade. “Oh yeah, he Brené Browned her for real,” quips Orji, referencing the Hollywood-beloved professor known for her work in courage and vulnerability. Next season, Orji wants Molly to really heal, since she hasn’t processed the effect her father’s cheating has had on her. “She won’t allow herself a moment of imperfection. I want her to get open heart surgery. She needs to allow herself to be a mess.”

Rae says the showdown between Andrew and Molly was one of her favorite scenes, and Hodge felt that pressure on set. “We turned around to do my final coverage, and Issa’s like, ‘Don’t mess this up,’ ” Hodge says with a laugh.

By the finale’s end, Issa is ready to figure out what she wants rather than focusing on Nathan, while Molly may be open to becoming more vulnerable, with Andrew possibly in the equation after a heart-to-heart.

“We’ve always seen Issa dealing with men and Molly with work. For season four, we want to flip it,” Penny teases. Adds Rae: “We want to see what happens after you decide, ‘I’m an adult.’ What’s the rest of my life going to look like?” 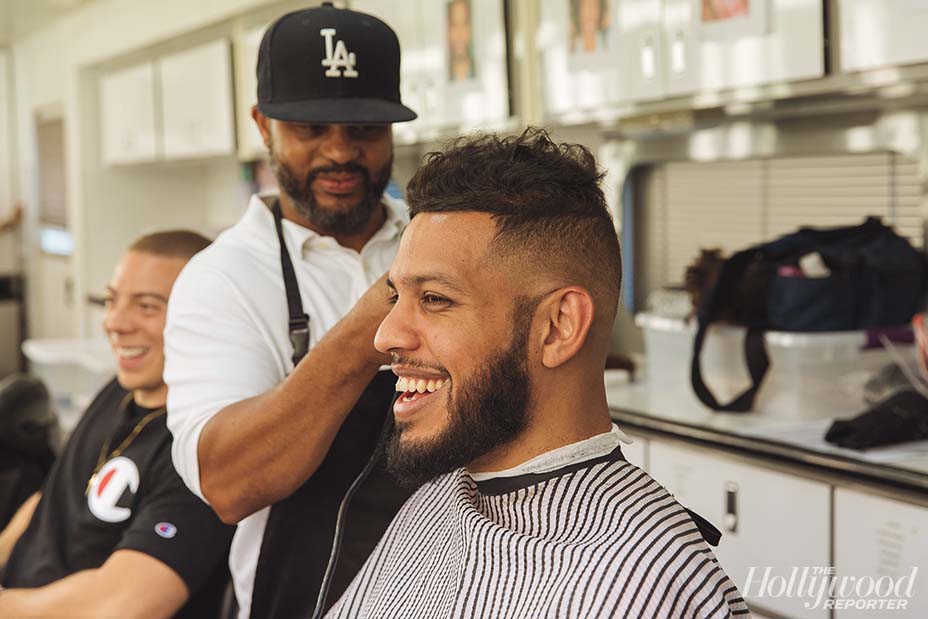 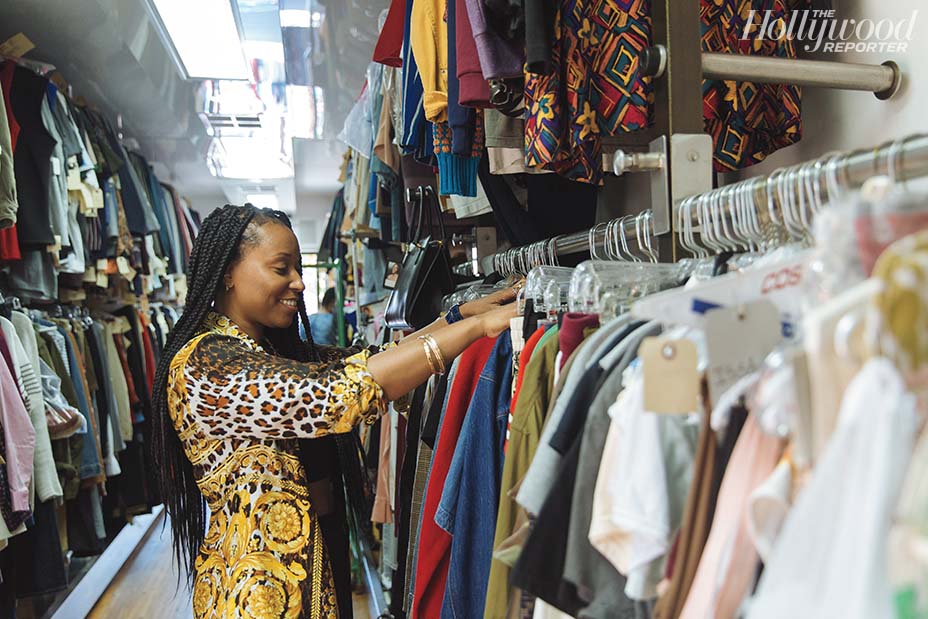 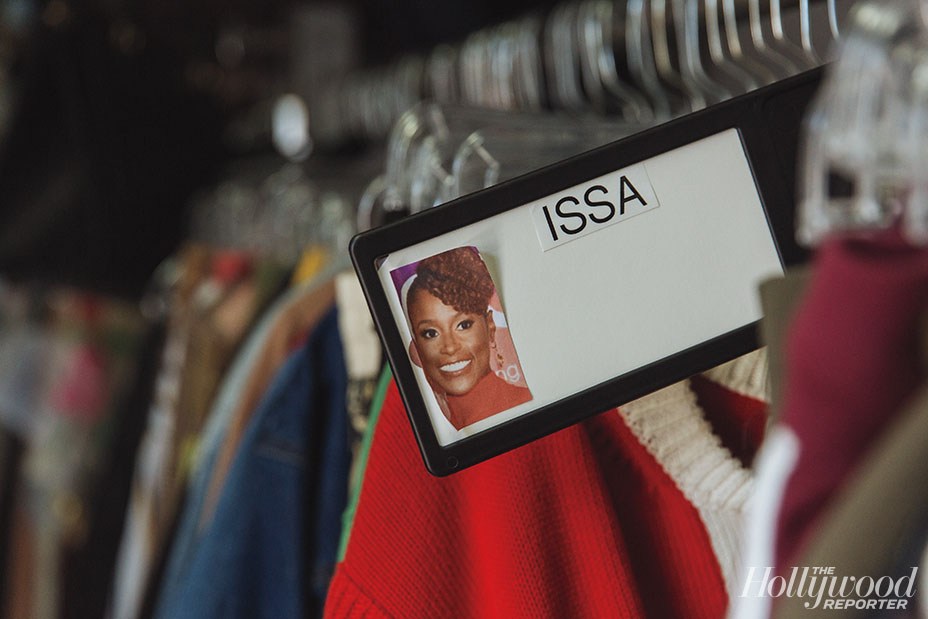 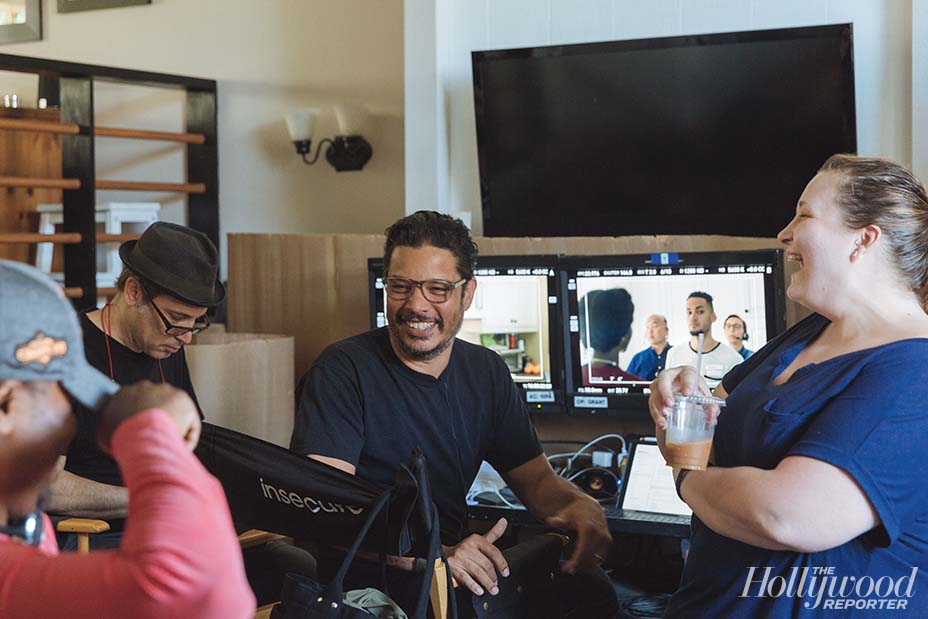 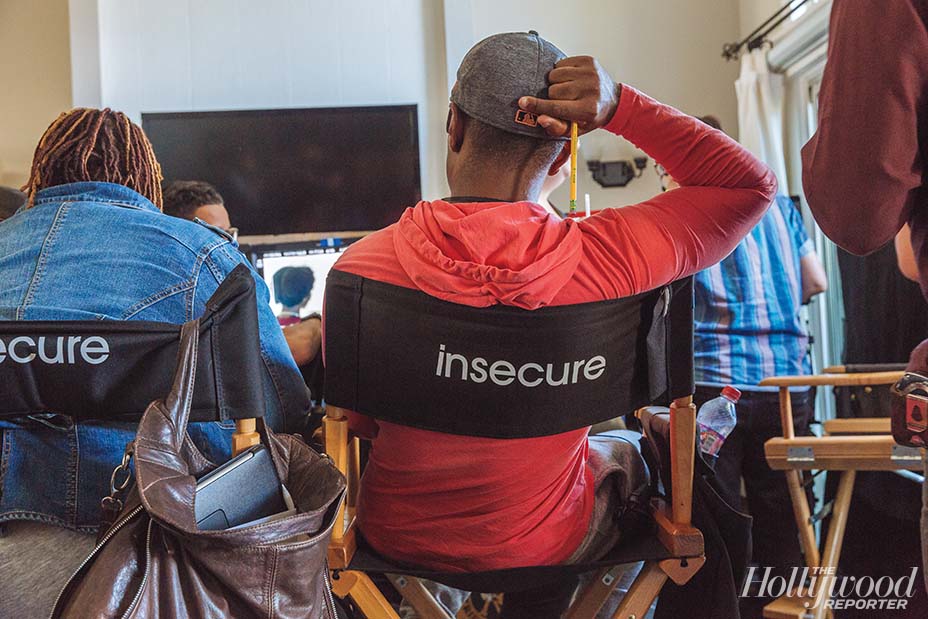 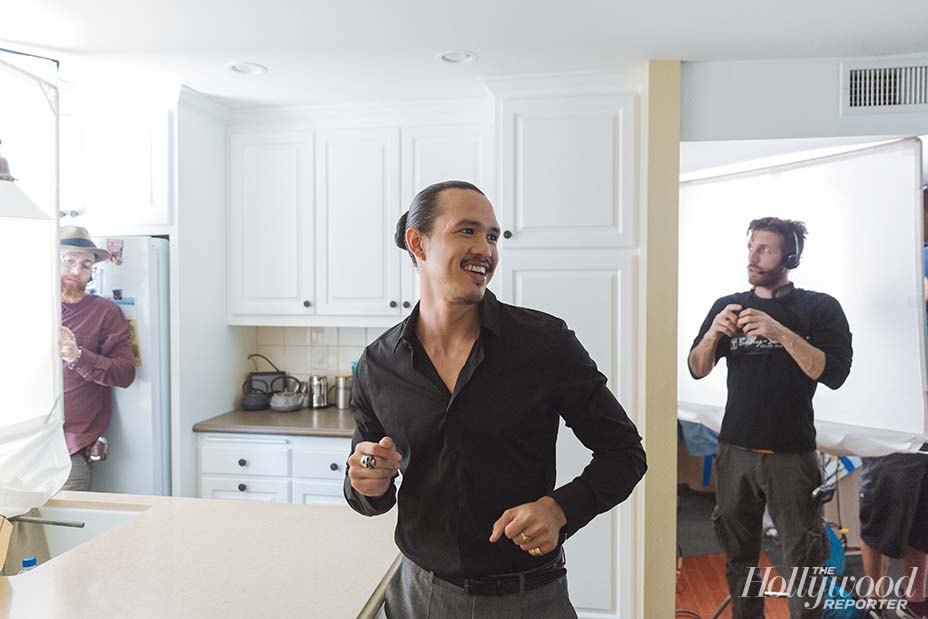 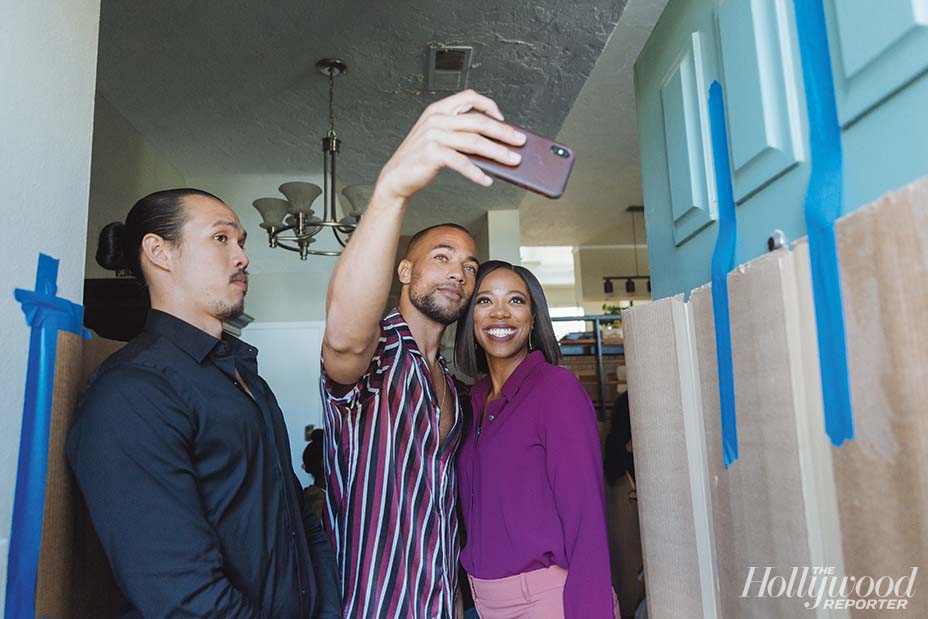 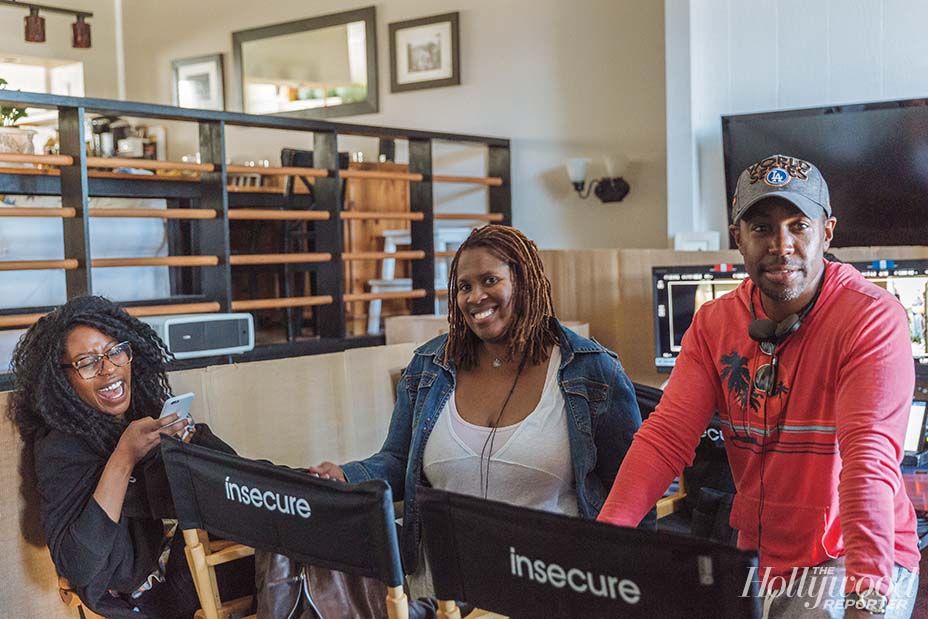 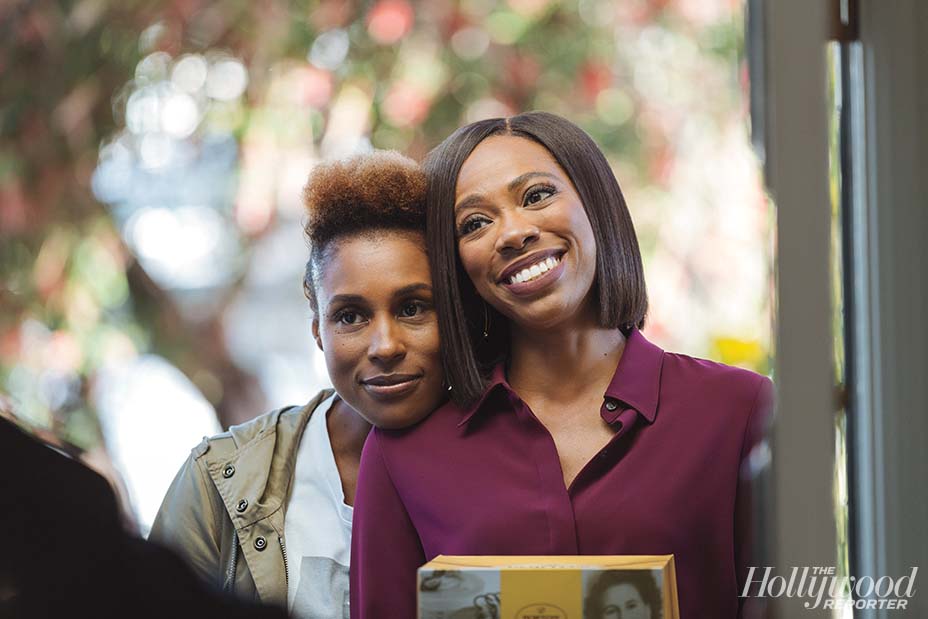 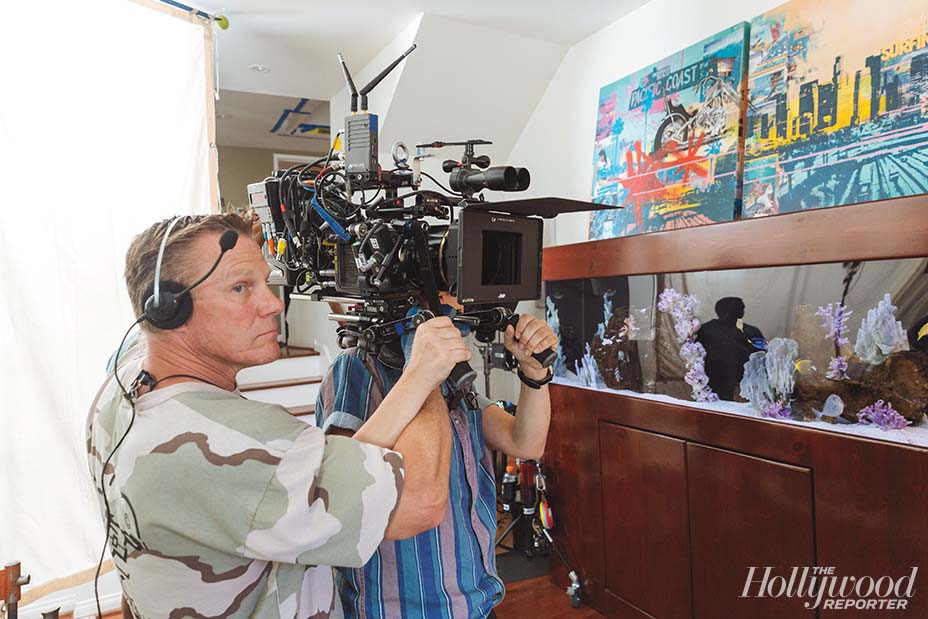