First of all, I think Cynthia Nixon would make a wonderful governor. I worked with her on Sex and the City, then on The Big C, so I’ve known her for many years. On set, she’d be balancing a BlackBerry and her onscreen infant child. She has this kind of ability to stay calm in these environments that are anything but calm.

One day I was thinking about recently was unbelievable and scary but kind of great in the end. We were shooting two episodes in L.A.; they were driving around in character in a vintage Mustang. The idea was that Carrie [Sarah Jessica Parker] couldn’t really drive, and they were driving up Sweetzer Avenue by Sunset Boulevard, an incredibly steep hill up there. And the joke was that the car wasn’t going to work very well, and she didn’t really know how to work the clutch. In reality, something went wrong with the car.

As we’re shooting, it starts rolling backwards down Sweetzer at an incredibly high speed, probably 40, 50 miles per hour. Samantha [Kim Cattrall] was in the front with her, and in the back were Miranda [Nixon] and Charlotte [Kristin Davis], and Miranda had a map because, you know, Miranda was going to get everybody where they needed to go. So Cynthia was holding this map of L.A. And the car spins out of control, and we stopped shooting right away, but no one can stop the car because it’s literally spinning down the street, and who knows what’s going to happen. 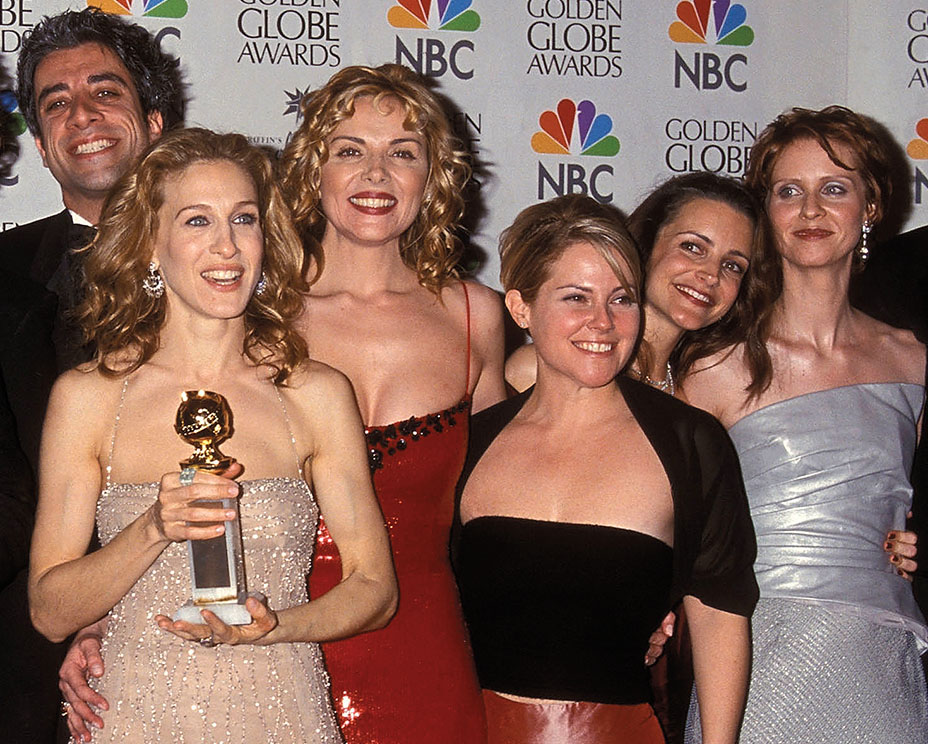 Finally, the car bangs up against the curb, and everyone’s shell-shocked. Cynthia just gets out, and she’s still holding the map, just shuts the door and is like, “Are we gonna go again?” She had such an ability to stay calm and in character, and that to me is Cynthia in a nutshell. Never let go of the map. Never broke character. You can trust her in a tsunami, and she will find her way out of it. That was her. That’s still her.

She is so committed to whatever she does, and that’s both as an actor, obviously, but also as an activist. Miranda Hobbes was also driven the way Cynthia is. Cynthia brought a lot to the character of Miranda that you can see now in what she’s doing, like this kind of very steady determination. But she also has a softness about her and a way of listening that Miranda maybe by the end of the series was learning. Cynthia has always been a really good listener. She was Switzerland [when it came to the Parker-Catrall feuding]. The thing that’s great about her is she doesn’t let the silly stuff of show business make her crazy. That just isn’t important to her at all. She picks parts and people she wants to work with based on what she wants and what’s right for her and what feels like the least amount of drama. She’s just not someone who’s attracted to drama.

There was an episode where we had to get this baby to chew on a pack of condoms. It was like this perfect storm of she cared so much about this child, but she was also a perfectionist. So she was like, “I’m just going to basically hold it in my mouth until the very last minute, so the baby will think that’s it’s fun.” She had this way of “I’m going to solve the problem by putting myself in the driver’s seat by basically holding condoms in my mouth instead of making this child have to do it.” It worked.

I wrote an episode where Miranda buys an apartment and chokes on her Chinese food that was very meaningful to me because it was about the fear of being alone. And I had such great dialogue with her all about that episode while we were shooting it because she recognized that this is such an issue for single women. I had just bought my first house and I bought it alone and I had to check all these boxes off about being single. And I was like, “This is unbelievable, that you have to keep telling them you’re single even as you’re successful.” That was something she really related to. She was raised by a single mom, and I think she always really respected women making choices just to do things on their own.

The fact that our president had a bunch of failed businesses and a reality show that didn’t have great ratings means you certainly can be a governor as a smart actress with a hit show behind you. You know, our ratings would’ve killed Apprentice.