The sudden cancellation of the screening of the Shanghai International Film Festival’s opening film, Guan Hu’s widely anticipated war epic The Eight Hundred, has sent a chill through the Chinese film business, with many local filmmakers and producers expressing dismay over what the decision might mean for the future of their industry.

News that The Eight Hundred was being pulled from the festival landed like a bombshell among the assembled Chinese film community in Shanghai on Friday, the eve of the big-budget movie’s scheduled world premiere at the event’s opening ceremony.

An official statement from the producers and the festival went out across social media saying that the screening had been suspended due to “technical reasons.”

The citing of unexplained “technical” problems has begun to be interpreted in China as a euphemism for the censorship of content deemed politically inappropriate by the country’s ruling Communist Party (CPC). The same rationale was deployed in February when celebrated Chinese filmmaker Zhang Yimou was forced to withdraw his much-anticipated latest work One Second from the Berlin International Film Festival.

The decision to pull The Eight Hundred, and the deliberately vague explanation that followed, was met with an outpouring of sadness, anger and derision from Chinese film professionals on social media. The mood at the Shanghai fest also was palpably downbeat on Saturday, as attendees discussed the news and implications on the sidelines of press conferences and industry gatherings.

“If China is catching up with developed countries, why is there always a problem with technology? You just can’t tell the truth!” one Chinese film figure posted semi-privately on the social media service WeChat.

Chinese auteur Jia Zhangke, arguably the country’s most internationally recognized art house director, shot off his own simple but declarative post on Weibo, writing, “You can’t do this to the film industry.” The statement was widely retweeted, but China’s internet regulators soon silenced the explosion of emotional commentary that emerged on his profile page by deactivating the comments section.

Cai Gongming, CEO of influential Beijing-based distributor Road Pictures, summed up the feelings of many in his professional community by posting an image of The Eight Hundred‘s official poster and writing, “I feel terrible.”

Produced by Huayi Brothers Media, one of China’s oldest and most respected private film studios, The Eight Hundred was expected to be one of the biggest films of the summer in the Middle Kingdom, boasting a budget of over $80 million — an enormous figure in China, where production spending tends to go twice as far than in high-cost Hollywood — and rave prerelease industry buzz. 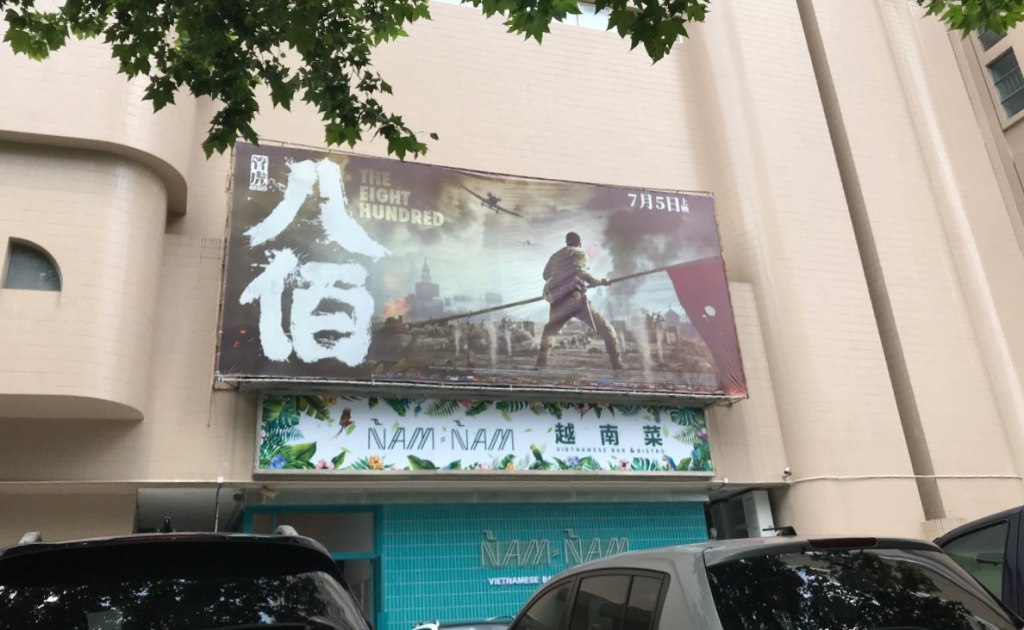 Chinese president Xi Jingping’s regime has tightened control over the content industries throughout 2019 in anticipation of the politically resonant 70th anniversary of the People’s Republic in October. The Eight Hundred‘s patriotic theme and story were thought to be well timed to the patriotic moment though.

Based on real-life history, the film centers on a pivotal Shanghai battle in 1937 during the Sino-Japanese war. In an episode that is now legend, some 400 Chinese fighters — an unlikely mix of soldiers, deserters and civilians — staged a heroic, ultimately doomed, defense of an isolated warehouse against waves of Japanese soldiers, so that China’s principal forces could escape to the west to protect the country’s heartland during the next phase of aggression. Shot mostly on Imax cameras — a first for the Chinese industry — the movie was said to re-create such history in grippingly realistic action sequences, with some help from a team of distinguished Hollywood technical professionals, including Oscar-nominated visual effects supervisor Tim Crosbie (X-Men: Days of Future Past) and veteran action coordinator Glenn Boswell (The Matrix, The Hobbit).

By Saturday, as the Shanghai festival was beginning to get into full swing, The Eight Hundred‘s true “technical problems” were beginning to emerge. According to reports carried by several state-affiliated news outlets, the pic first came under fire on June 9 during a meeting of the Chinese Red Culture Research Association, a Communist Party propaganda organization endorsed by the CPC’s Publicity Department, the bureau that ominously took over oversight of the film industry from a more independent government body last year.

According to local reports, the meeting gathered several prominent film critics, as well as former Chinese military officials, for a discussion of “what kind of films [the country] should be producing in light of the 70th anniversary of the new China.”

The Eight Hundred became a surprise focus of the forum because of the realities of the historical events it faithfully re-creates. At the time of the Battle of Shanghai, the Chinese Nationalists (Kuomintang), led by Chiang Kai-shek, controlled the city and staged its heroic defense against the Japanese — not Mao Zedong’s Communist Party. As such, Guan’s film accurately displays Chinese forces fighting under the Chinese Nationalist flag, now the flag of Taiwan. Although the Chinese lost the battle, historical consensus describes the warehouse episode as a vital morale booster to Chinese forces in the grinding war with Imperial Japan.

Among the participants of the June 9 propaganda meeting was Wang Lihua, a former general in the People’s Liberation Army. “[This film] glorifies the fighting of the Nationalist Party, which seriously violates history,” he reportedly said. “This deviates from historical materialism and should not be encouraged.”

Added Guo Songmin, a former Chinese Air Force commander turned film critic: “They should not so enthusiastically promote the flag of the Nationalist Party in such a solemn and sacred way. If we do so, no matter what the intention, it will hurt the feelings of the soldiers who fought for establishing the new China, and it shows real disrespect for the People’s Republic of China.”

The forum reportedly concluded that The Eight Hundred was an inappropriate film for release during the 70th anniversary year of the PRC.

As is typical, Beijing’s film regulators have provided no direct explanation for The Eight Hundred‘s glaring absence at the Shanghai festival (a huge poster for the film was still hanging over the event’s main festival venue on Saturday); and the connection between the movie’s retraction and the June 9 propaganda meeting remains a matter of conjecture. But much of the Chinese film industry took the emergence of the reports of the meeting as evidence enough — and the reaction on Saturday tended to be characterized by outrage and disgust.

“A gang of quitters who can’t speak for themselves and cynically revise history is the real ‘technical problem,'” said the CEO of a prominent Chinese movie theater chain in his private WeChat circle, composed mostly of entertainment industry people.

“Such a reason is humiliating to intelligence,” posted another Chinese distributor. “The censors are now telling the truth [about why the film was censored]. That’s good; at least it’s some respect.”

“It’s all very depressing for many reasons,” one influential Beijing-based producer told The Hollywood Reporter (requesting anonymity because of the risks of speaking out publicly).

“For one, I’ve seen [The Eight Hundred], and it’s really good,” the producer said. “We should be taking pride in this kind of work, not repressing it.”