For decades, Hollywood has fixated on the deals and dramas of Viacom and CBS owner Sumner Redstone. But this year, the mogul whose machinations captivated the industry like no other was his daughter.

After a prolonged estrangement, Shari Redstone reunited with her ailing 93-year-old father and, while she stresses she merely was acting on his wishes, she won a bitter, litigious battle to rid the faltering Viacom — parent of Paramount, Nickelodeon, Comedy Central, MTV and more — of entrenched chairman and CEO Philippe Dauman (as well as his cronies on the board). Now Shari, 62, and her father have set in motion a possible reunification of CBS and Viacom, the companies — with a combined market cap of about $40 billion and 2015 profits of $3.3 billion — that Sumner separated a decade ago.

A merger, which would require government approval, not only could reposition the companies that touch everything from 60 Minutes to Transformers movies to SpongeBob SquarePants, but it also would give whoever runs the whole enchilada (insiders are betting on CBS’ Leslie Moonves) a vast empire, albeit a challenged one on the Viacom side. Her father still is embroiled in legal battles with his former companions Manuela Herzer and Sydney Holland to recover $150 million in gifts. (Herzer also is suing Shari, accusing her of behind-the-scenes scheming.)

But Shari says she’s looking forward to returning her focus to the nonprofit and startup worlds once the Viacom/CBS future is clear. For her success at cleaning house in the family’s business — both public and private — THR has named her the Women in Entertainment Executive of the Year. She says the honor “could not have happened at a time when it could have been more meaningful.”

Your dad is obviously a larger-than-life figure. What did you learn growing up as his daughter?

I say to my father quite frequently that my success professionally is very much due to the guidance he gave me and to watching him in the business world. He really taught me to fight for what is right. He taught me to persevere and never give up. He taught me, “It’s not about the deals you lose. It’s about the ones you win.” When I lost a deal one time, he said to me, “Move on! There’ll always be another deal.” He taught me how to interact with people and the importance of relationships, making decisions and trusting your gut. Professionally, he was a very, very positive role model. Personally, I’m not going to go into it. I wish he had made different decisions in his personal life, but I really try to look forward right now after the year that took place. I feel fortunate to be back with my dad in all of the ways that matter and to have my family be together. That’s where I’m at.

Do you share the distress many in the industry feel about the outcome of the election?

Regardless of who your candidate was, fundamentally I think there are some real problems in this country that need to be addressed. And you know me — [for me] it’s always about people having equal access to the services they need, to the opportunities they’re entitled to. I do believe the election was a statement about what’s not working, and I’m hopeful the next president will make things work better.

Do you know the president-elect?

Yes. And he’s always been very good to me and a tremendous supporter of me personally.

It was reported at times that there was discord between you and your dad when you worked in his company. How did you handle that?

I don’t think you can always believe everything you read. My dad and I did have disagreements over business matters in the past, but if you were to look at our correspondence in the heat of the toughest battles we had, it was, “Love, Dad,” “Love, Shari,” “See you at the birthday.” Certain people interpreted things differently and took advantage. We had our business issues, but until the past couple of years we really did always put family first. Unfortunately, the last few years kind of changed that dynamic, and rather than focusing on that, I can only say I couldn’t be happier about where we are today. 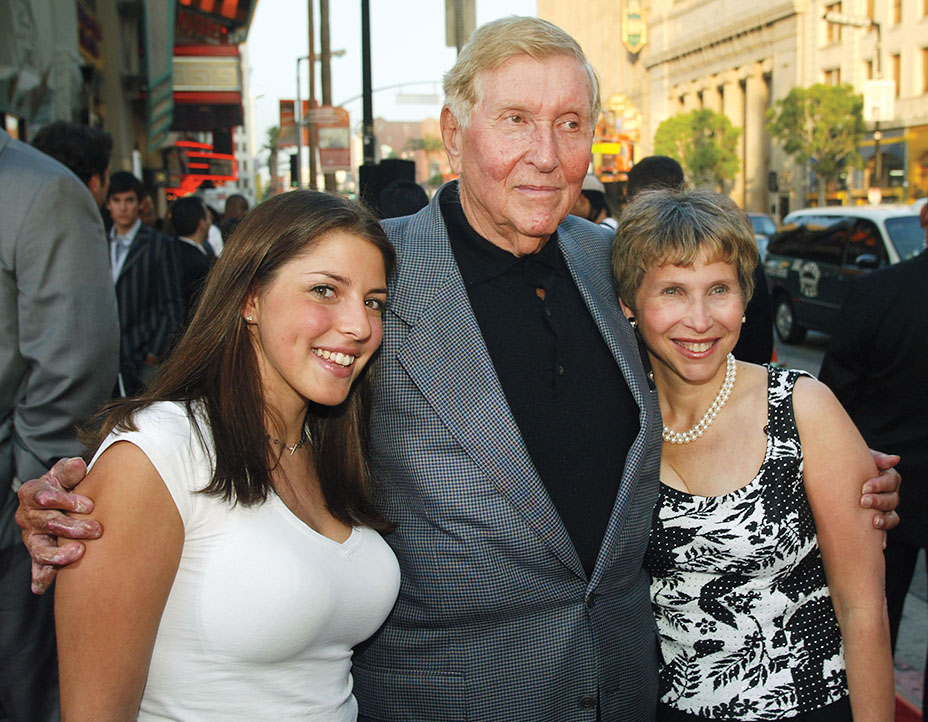 What’s the future for CBS and Viacom?

I think it makes sense to take a look at whether there is a structure that creates value by putting these companies together. When you look at what’s going on in the industry today, scale really matters. It matters to the consumer, who wants to choose an array of content. It matters to the advertisers, who are looking for one-stop shopping. And it matters for leverage when you’re negotiating deals. Both companies have great assets, great people. Obviously Viacom has some challenges that are being addressed yesterday — not today, not tomorrow. We’re on it. I think we’ve made some great decisions in the past couple of months. Bob [Bakish, acting CEO] is a great leader. He knows how to build teams, get people to work together; the culture has already shifted back to the way it used to be when my dad was there all the time. I could not be more pleased with the progress we made in such a short period of time. And if the merger does not happen, both companies will be great as stand-alone companies. That being said, because of what is taking place in the industry today, it makes sense to look at whether a merger is possible and in the interest of all of the shareholders.

What do you see as your role going forward?

I made a statement before the meeting [in February], when Philippe [Dauman] was elected chair, and I said it then, I say it now: I don’t want to run the company, but I do want to ensure that both companies have great CEOs. And as we’ve learned this year, perhaps even more important is a very strong, independent board that works with management. That’s my job. That’s what I want to do, and that’s what I want to be successful at. When they need me, I’m there, and when they don’t need me, I’m on to my nonprofit work and the work that I do at Advancit [the investment firm she co-founded in 2011 that focuses on tech startups]. Actually, all of the work I do at Advancit is really the best preparation I have for anything that needs to be done at Viacom and CBS. I live in the world of the future of media and entertainment and we’re always heading to the future.

How do you make a decision when you have only bad options?

I surround myself with great people. I listen to what they have to say. But at the end of the day, I rely on my gut. I really do listen, but when I make a decision, it’s really because it feels like it’s the right decision to make. There’s never an exact answer to any of this.

How do you feel about being named this year’s Women in Entertainment Executive of the Year?

This was a really difficult year for me personally, my family, professionally — and looking back on what we were able to achieve is incredible, and being recognized for that has a lot of meaning, so I thank you for that.

This story first appeared in the 2016 Women in Entertainment Power 100 issue of The Hollywood Reporter magazine. To receive the magazine, click here to subscribe.

THR Women in Entertainment 2016: Inside the Star-Studded Power 100 Breakfast