It will be hard to avoid a shark encounter this summer.

Discovery Channel has partnered with several brands to promote its upcoming Shark Week, which kicks off at 7 p.m. Sunday, July 23, and runs through the following Sunday. (It also will air the same week in more than 200 countries and territories worldwide.)

Also for the first time, Discovery has teamed up with Marriott International. Select hotels in Washington D.C., New York and Newport, R.I., will offer pre-televised shows and signature snacks and cocktails. Participating hotels including New York Marriott Marquis; Newport Marriott; Washington Marriott Georgetown; Marriott Marquis Washington D.C.; Washington Marriott Wardman Park; Washington Marriott Metro Center and Crystal City Marriott. The Newport Marriott Skiff Bar will feature specials including Fish & Chip Bites and Blackened Fish Tacos as well as a Blood in the Water cocktail and Landshark Lager. The Broadway Lounge at the New York Marriott Marquis in Times Square will have a preview screening of Return to the Isle of Jaws on July 12.  During the week of July 23, starting at noon each day, Broadway Lounge will show Shark Week content on its multiple screens and serve a specialty Shark Week cocktail and special food items. Meanwhile, from July 16-30, Washington Marriott Wardman Park which will have the shark floats in pool and serve specials like the Shark Bait Beer Bucket, Reef Shark Cocktail and Cilantro Mango Lime Mako. At Visteur Bar and Lounge at Washington Marriott Georgetown, the Shark Bite Cocktail will have a mock shark fin inside the ice and the “How to Attract Sharks” menu will have dishes such as Avocado Shrimp and Scallop Ceviche served in Scallop Shells.

Meanwhile, the other partnerships entail:

— Live Love Polish has created a limited-edition collection of co-branded Shark Week nails that including the blue “Shark After Dark” polish and the grey “Shark Skin” polish. With each unit sold, Live Love Polish will donate $1 to Oceana shark conservation efforts. 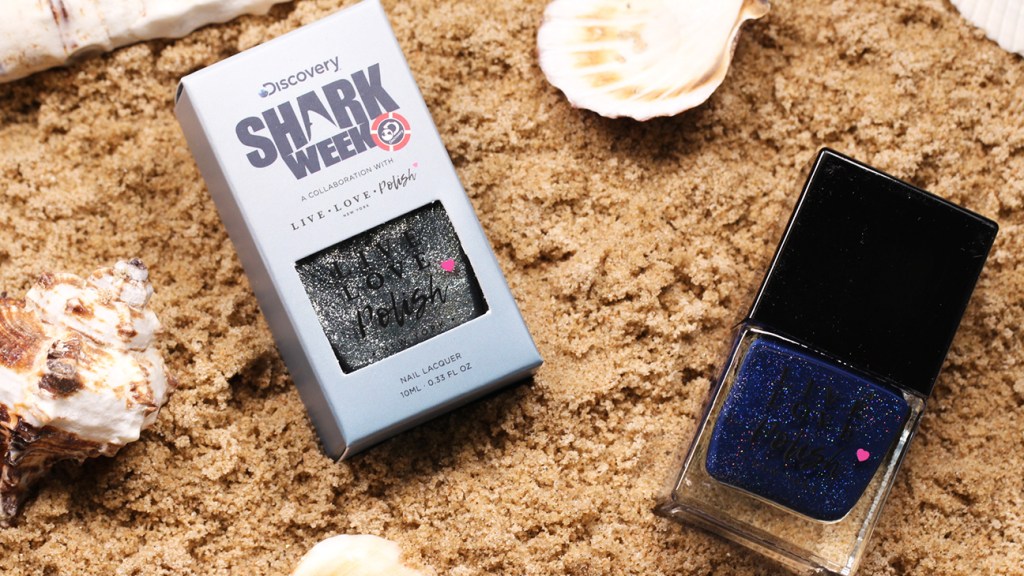 — Southwest Airlines’ Shark Week-themed aircraft, a custom Boeing 737-700 aircraft is emblazoned with sharks, will be flying again this summer. Southwest and Discovery have also teamed up to give customers an exclusive Shark Week experience on board, wherein passengers can watch themed content, including a first look at African Shark Safari before it airs on Discovery Channel. Southwest and Discovery also are giving away a vacation to Grand Cayman in the Cayman Islands to see sharks up close.

— On Sunday, July 30, Hendrick Motorsports driver Kasey Kahne will drive the Great Clips/Shark Week-branded No. 5 car at the Monster Energy NASCAR Cup Series at Pocono Raceway. In addition, the salon brand and Discovery will encourage fans to give back through a donation program to Oceana. For every Great Clips Online Check-In app downloaded during July, Great Clips will donate $1 to Oceana shark conservation efforts (up to $10,000). 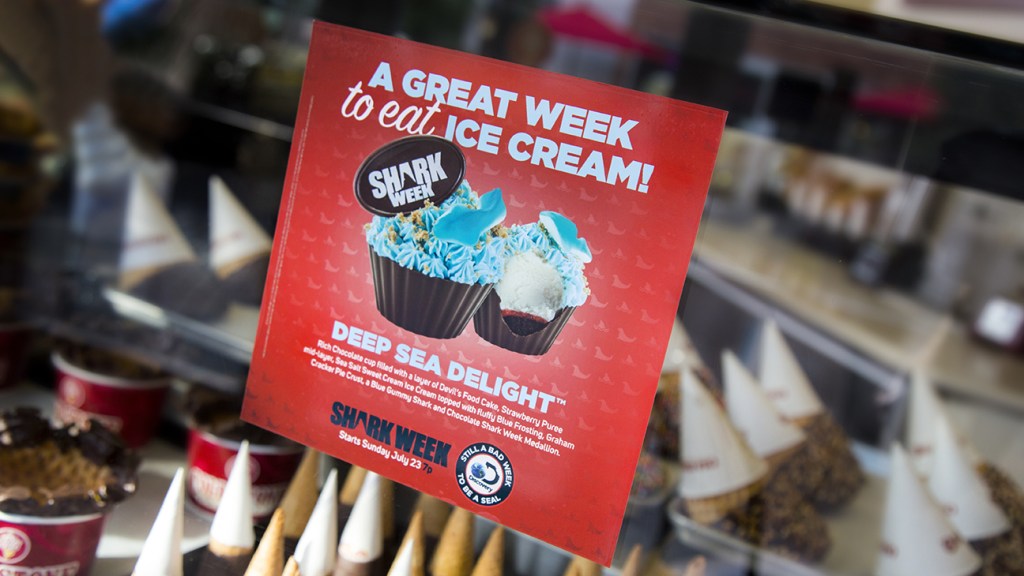 — Lokai has re-released a custom shark Lokai bracelet that is available until July 30. With each purchase of a shark Lokai, $1 will be donated to Oceana’s efforts to save sharks and restore the ocean’s balance.

— Also this year, Georgetown Cupcake has created the 2017 Shark Week Dozen, which are available in all locations. 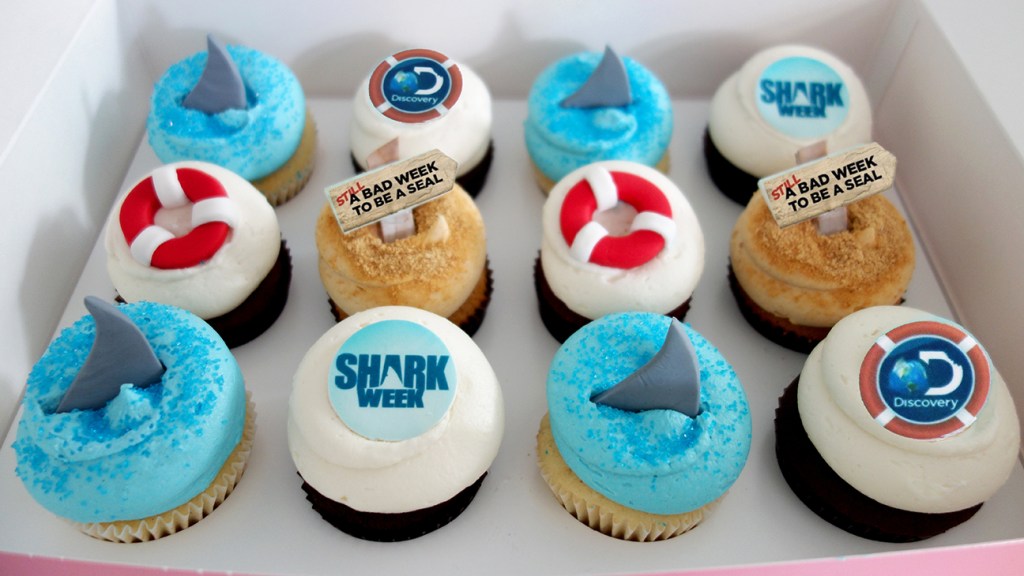 In addition, Shark Week at the Movies, presented by Fathom Events and Discovery Channel, is set to hit U.S. movie theaters for a special one-night premiere event on Tuesday, July 18, at 7:30 p.m. local time. It will feature a special new episode from Shark Week 2017, Return to the Isle of Jaws, along with an episode from Shark Week 2016, Return of Monster Mako. Tickets can be purchased online by visiting www.fathomevents.com or at participating theater box offices.