It’s a rare experience to get a publicist to go on the record — voice recorder included — especially when it’s not about a project, client or business practice. When it’s about them. That almost never happens.

But Cara Tripicchio — a veteran talent publicist and founding partner of Shelter PR — bucked tight-lipped traditions and did just that on Thursday night, standing inside the very crowded Petty Cash Taqueria on Beverly Boulevard in Los Angeles just before 8 p.m. For good reason: Tripicchio was game to reveal why she felt so driven to pull her Shelter colleagues together, align with some of the country’s top non-profits and throw a one-of-a-kind fundraising event, dubbed Shelter for All, to promote unity, activism and Hollywood togetherness.

“Publicists are about not saying anything, about being in the shadows,” she told The Hollywood Reporter. “I felt very strongly that if we are going to step out of the shadows, it should be for something that is really important.”

What fit her requirements was the presence of four organizations: the ACLU, GLAAD, Planned Parenthood and the National Resources Defense Council. Each sent a representative to disseminate information and intel on how to get more involved with each respective organization. Petty Cash servers passed plates of everything from rainbow cauliflower nachos to tacos al pastor while bartenders offered margaritas from a cash bar with all proceeds from the night split between the four orgs. Shinola donated custom Shelter for All notebooks to those who donated money. (That included Oscar winner Charlize Theron, who stayed for an hour and donated to Planned Parenthood.) 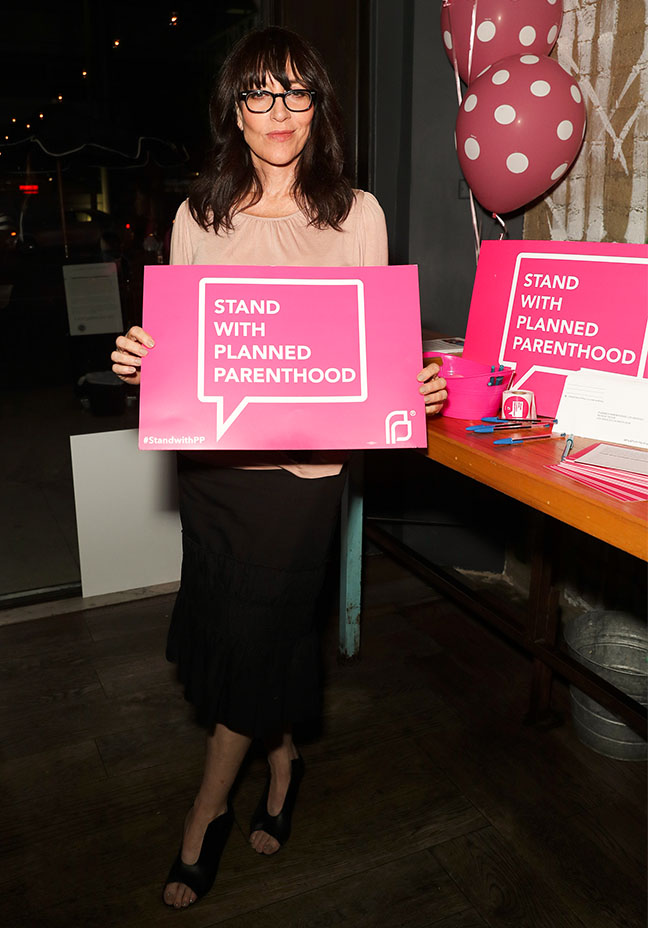 Not only did Tripicchio go on the record, she also admitted that the genesis for the event came following her trip to Washington, D.C., where she participated in the historic Women’s March. It was a journey that almost never happened because she was in Berlin in the middle of an international press tour for a Netflix series. “I had to figure out how to get from Berlin to D.C. in time. I could not come to terms with the fact that I wasn’t going to be there,” she revealed. “And my client, bless his heart, said, ‘No question. You should be there.'”

So she left her client and headed to Washington for what would be a life-changing experience.

“It was one of the most powerful experiences I’ve ever had,” Tripicchio continued. “Then it occurred to me that we have such a platform and clients who are so socially active, even more so now, that we have to do more.”

One of those clients, Katey Sagal, showed up to support the causes and her longtime rep. “Shelter PR is doing an amazing job by bringing all these organizations together,” said the actress, before singling out the work of Planned Parenthood (she is the mother of three daughters) and the NRDC. “I’m involved in the environment, and I can’t believe that there are people who say that there is no climate change. I heard that on the news today — that’s crazy.”

She continued: “There are so many different causes and they all lead back to basic human rights; the right to choose and make decisions for ourselves.” 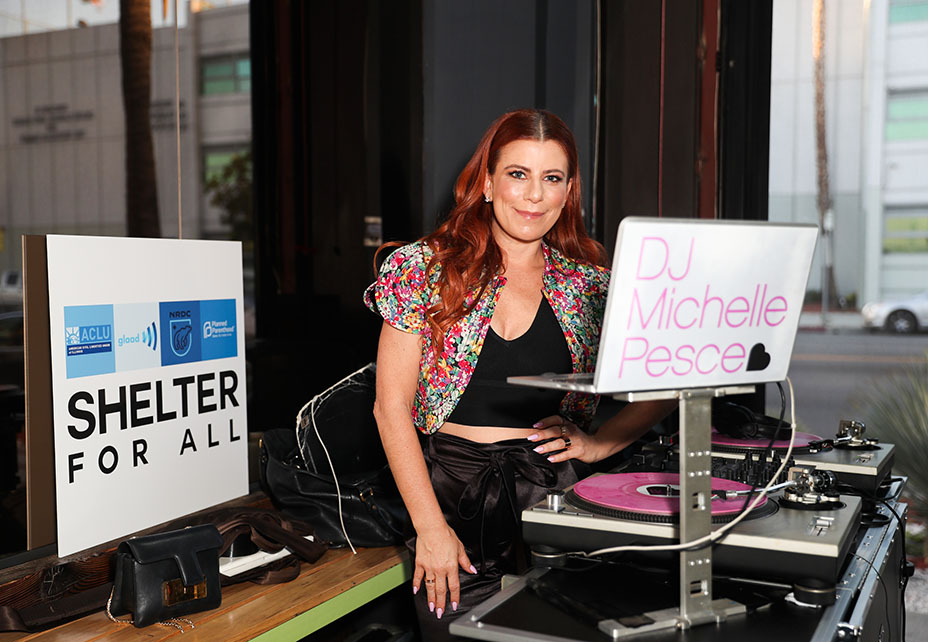 That sentiment is the same one that brought actress Rowan Blanchard out as well. The 15-year-old Girl Meets World star said Thursday’s event is a good reminder to fight as a collective. “There is no independent fight for reproductive justice without fighting for LGBT rights or without fighting for the Earth because if we don’t have the Earth then we don’t have anything,” she explained. “And the most crucial thing is making sure young people stay informed and hopeful — especially during this administration — because things can get very clouded and very dark, and the worst thing that could happen is that my generation just stops trying or stops investing.” 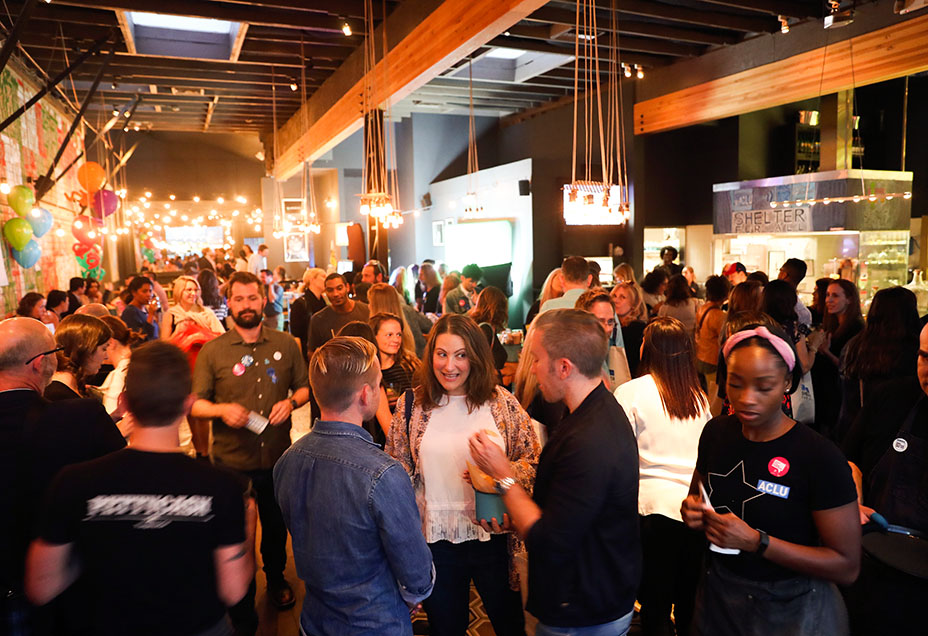 He wasn’t present, but President Donald Trump’s name did come up throughout the night. “I’m still in shock about the whole thing, but not too shocked to not be doing anything about it,” Sagal admitted, referencing the election. “The only choice we have is to be active. It’s just mind-f—ing-blowing what’s going on — really mind-blowing. The most important thing now is that every person should vote. It’s not time to be lazy about that.”

Tripicchio wasn’t lazy, working the room and thanking friends and colleagues for showing up in an attempt to continue the momentum from the Jan. 21 march. She has no plans to slow down, even if that means bringing in other partners to help plan additional events in the same category.

“I never thought our name Shelter would be more appropriate. It’s serendipitous but for the best reason. Hopefully tonight will be a success and we can evolve this and bring in other organizations,” said Tripicchio. “It could be the first of many to come … but somebody else can plan it.”

She may have been joking, but it was on the record. 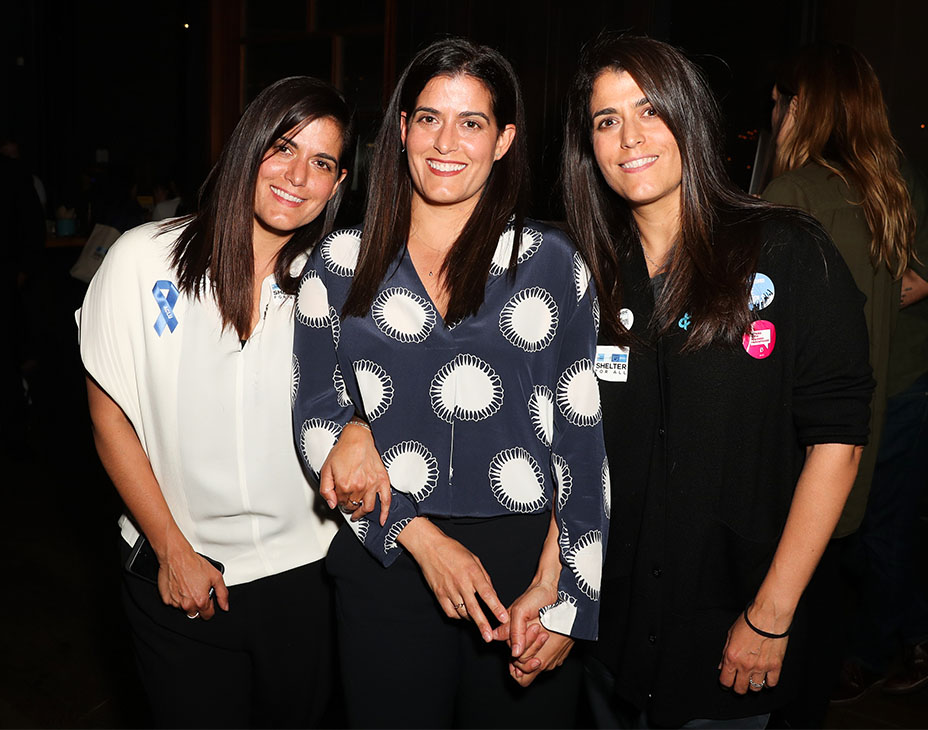