When creating the wardrobe for She’s Gotta Have It season two, which started streaming on Friday, costume designer Marci Rodgers had a big job on her hands. The stakes were raised not only by some of the most stylish black characters on television — namely, Atlanta’s Darius (LaKeith Stanfield), Empire’s Cookie Lyon (Taraji P Henson) and Rainbow Johnson (Tracee Ellis Ross) of Black-ish — but also by Rodgers’ boss on She’s Gotta Have It, the Netflix series’ creator Spike Lee.

In 1986, a fashion phenomenon was induced after the success of Lee’s original She’s Gotta Have It film, his groundbreaking black-and-white comedy-drama about sexual politics on which the show is based. Soon after, the title became the name of a long-running Vogue column.

And when it comes to sneakermania, forget about KAWS, Kanye and Pharrell. She’s Gotta Have It’s lovable Air Jordan-shod character, Mars Blackmon (whom Lee memorably portrayed in the film), remains acknowledged for starting the trend of collecting garish, stratospherically priced athletic footwear, which continues unabated today. The Spike Lee X Air Jordan High OG — the limited-edition high-top embossed with a white Mars Blackmon logo — ranked second on a top 10 list of the most valuable sneakers after its 2017 release.

“Mr. Lee had an idea of how Mars should look,” says Rodgers of the director’s input in shaping the style of the iconic sneakerhead character, who is played on the Netflix series by Anthony Ramos, who portrayed Philip Hamilton in Hamilton and Ramon in Bradley Cooper’s A Star Is Born. 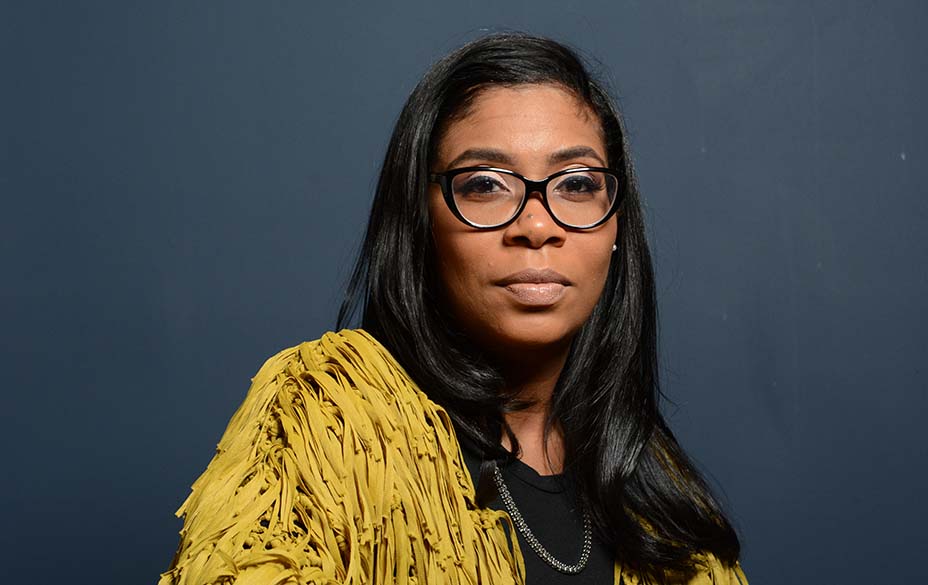 On She’s Gotta Have It season two — just like in season one and in the film — Mars’ appearance falls in line with the guise Lee originally assembled for him: thick glasses, Crooklyn-embossed professional cycling gear and bling.

Still, that old look got an update, thanks to shopping sprees Rodgers conducted during season two’s six-week preproduction period at New York’s destination sneaker retailers, Flight Club and Stadium Goods. “I had a nice-sized budget,” she says. Not to mention help via a sponsorship from Nike Air Jordan, as Lee’s bond with the brand was forged when he starred in a series of self-directed TV commercials alongside his NBA hero, Michael Jordan. 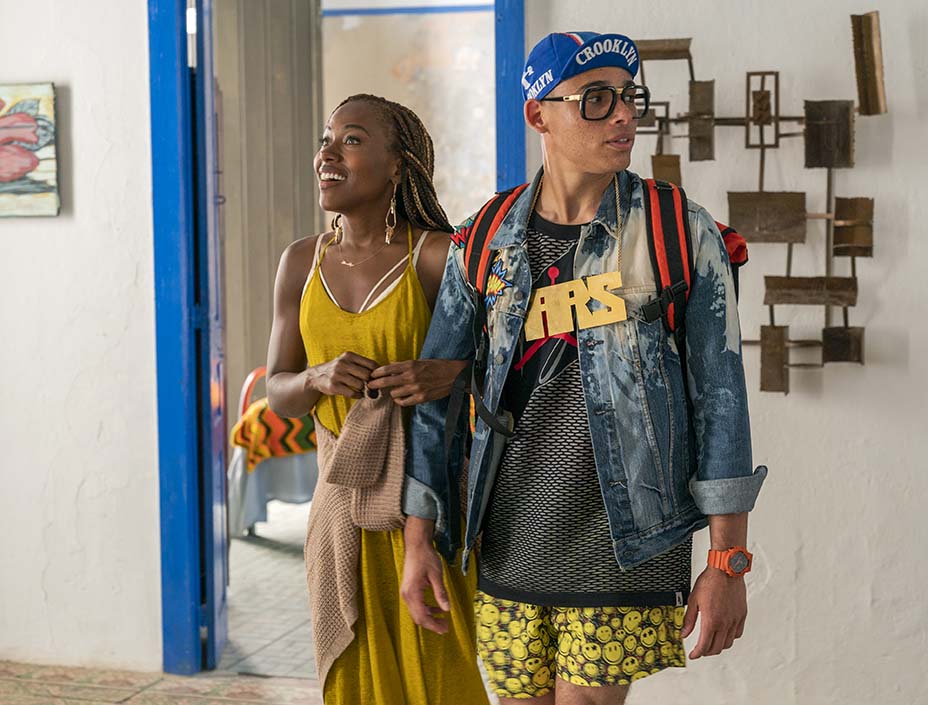 This season, Mars might not have a chance with She’s Gotta Have It’s feisty female lead character, Nola Darling (DeWanda Wise), around whose life in gentrifying Fort Greene, Brooklyn (and her complex relationships with men), the show revolves. 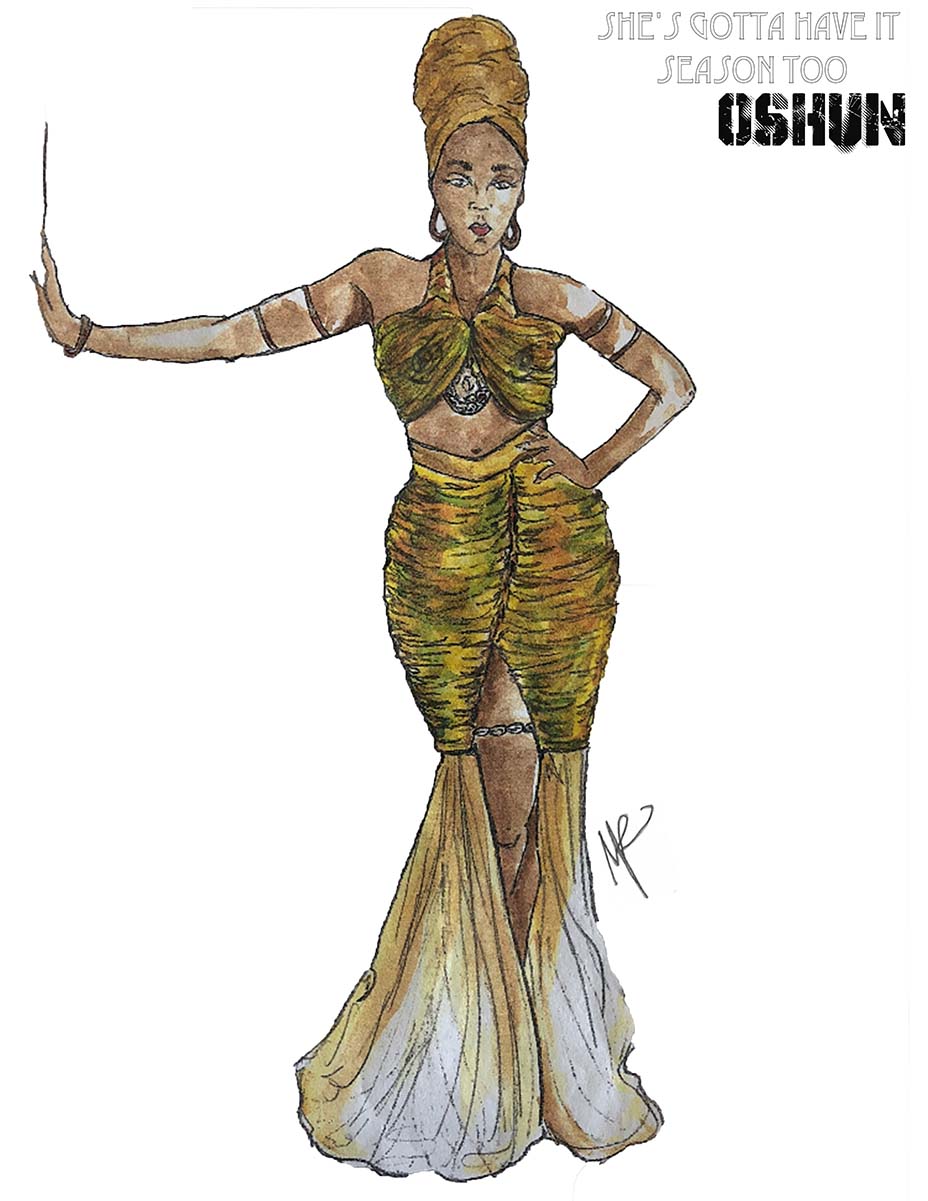 Rodgers herself admits that it was tough to get near Nola, given that the character seems to vie with Kim Kardashian for whiling away an inordinate amount of screen time in bed. Has Rodgers ever dressed a character who has spent so much time naked? “No,” she admits. “Episode one [season two] — the first five minutes is just her and Opal in bed,” Rodgers says of the couple’s athletic, in-the-raw, five-minute mattress romp, which, though set to Madonna’s electronica ballad “Frozen,” is anything but. “My father was at the premiere and I have yet to ask him how he felt about that scene,” says the costume designer.

Absent from She’s Gotta Have It is the luxuriant designer decadence which made Sex and the City mandatory viewing for the fashion world. However, Rodgers cites the celebrated HBO series as “one of my favorite shows” and reveals that the sartorial flair Sex and the City costume designer Patricia Field harnessed to enhance the distinct personalities of the comedy’s four principal female characters — Carrie, Miranda, Charlotte and Samantha — motivated her to do likewise with Nola and her trio of gal-pals: Clorinda (Margot Bingham), Shemekka (Chyna Layne) and Rachel (Elise Hudson). 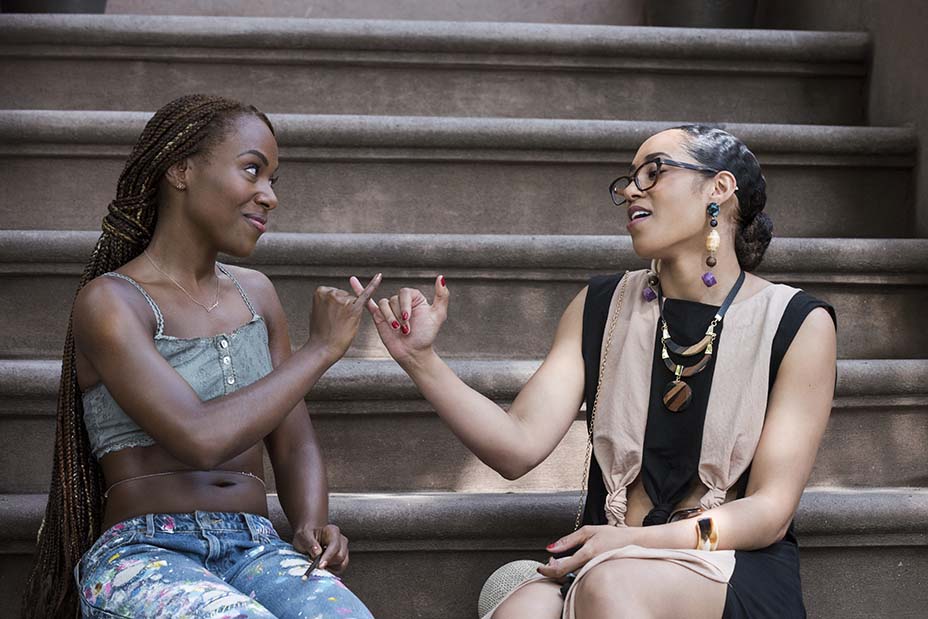 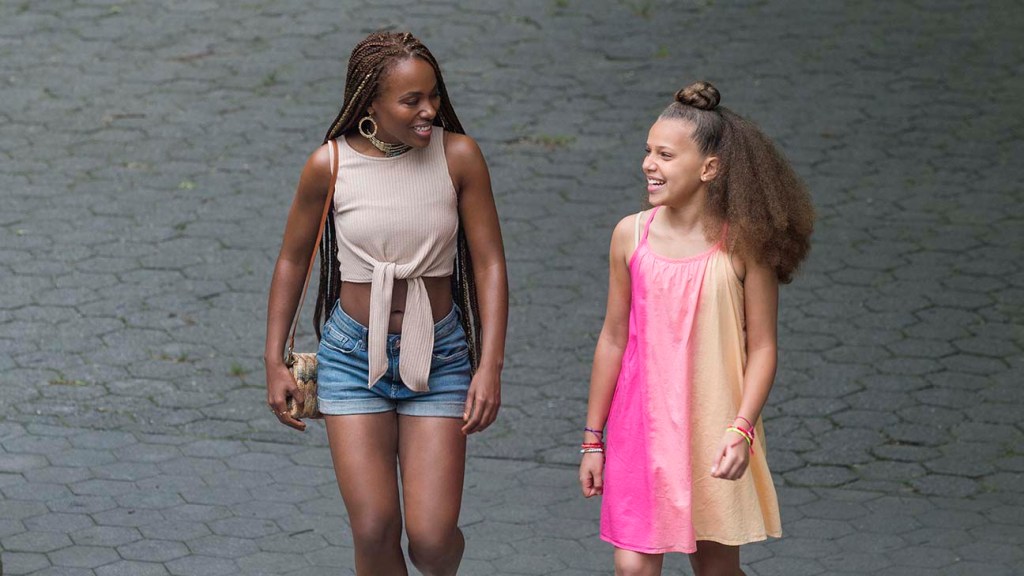 When Nola is dressed, her wardrobe — just like that sported by the majority of the cast — is purposely based on quotidian finds to conjure an authentic portrayal of her identity as a struggling artist and the upwardly mobile but not-yet-there income bracket of her friends. To source it all, Rodgers and her team of 12 shopped local in Fort Greene. They scoured DanceAfrica Bazaar, the Brooklyn Academy of Music’s annual street fair featuring vendors specializing in African, Caribbean and African-American crafts and fashion.

They also scooped up vintage finds at Beacon’s Closet (an affordable, sustainable, ethical Brooklyn chain) as well as at Moshood. This Fulton Street fashion mecca in Brooklyn sells the work of Moshood, the mononymous Nigerian-born designer whose work has been flaunted by Queen Latifah, Wesley Snipes and the late Isaac Hayes.

Rodgers enhances the potent sensuality that Wise lends to her adventurous character Nola by draping all manner of adornment — a gilded belly chain, visible lingerie, body skimming knitwear and off-the-shoulder numbers — on the actor’s buff limbs. “Spike wanted a lot of crop tops for Nola,” she says. But fear not, Nola’s midriff bearing tops are tailored to perfection by this costume designer, who put in her time assisting the Oscar-winning legends Ann Roth and Ruth E. Carter before striking out on her own with Lee on BlackkKlansman.

Season two of She’s Gotta Have It is now streaming on Netflix. 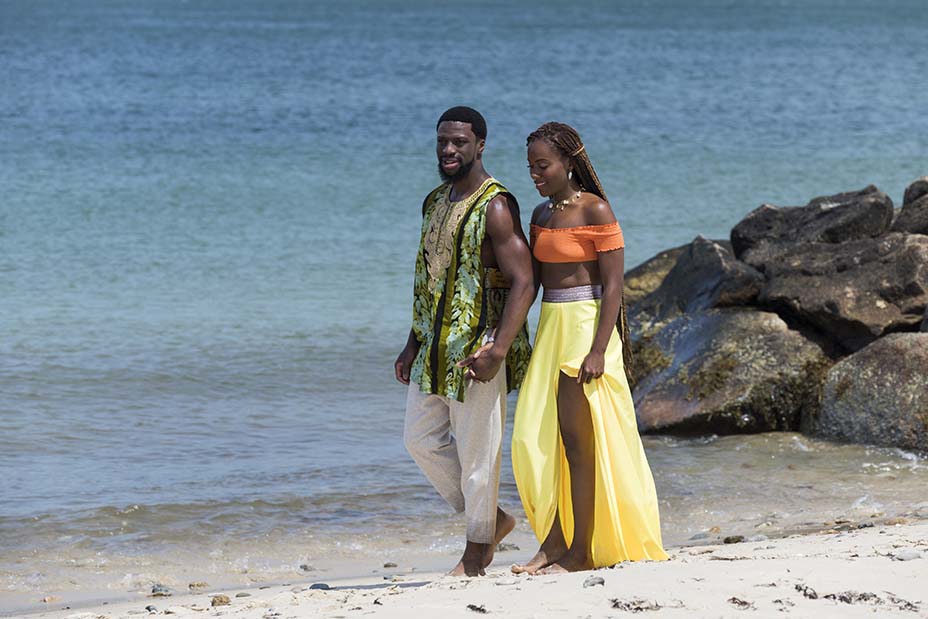