Ryan Murphy has had a fluid relationship with the term “showman.” For much of his early career, being described as one — which he often was — was a nod to his interest in theatricality, be it on Popular or on Glee. “I was the P.T. Barnum, razzle-dazzle guy,” he says with a chuckle. But with the understated, nine-Emmy winner The People v. O.J. Simpson: American Crime Story came a shift in Murphy, 52. Rather than be the kind of showman who shines a light on costumes and sets, he says he’s now considerably more interested in putting social causes center stage. During a break from promoting his forthcoming FX series Feud — which stars Susan Sarandon and Jessica Lange as Bette Davis and Joan Crawford, respectively, and premieres March 5 — the man whom the Publicists of the International Cinematographers Guild will honor as TV Showman of the Year opened up about his plans to cast Monica Lewinsky and to try to make sense of the 2016 election. Onscreen, of course.

Last year, you launched the Half foundation, which focuses on giving directorial positions to women and minorities. What has been the biggest eye-opener in that time?

I really had no idea the extent of the frustration so many of these women had, and that’s evidenced by the fact that this year we haven’t even begun staffing our mentor/mentee positions, and we’ve already received more than 650 applications. An amazing thing also happened after I gave a speech at The Hollywood Reporter‘s women’s breakfast [Dec. 7], which is that so many people went online and watched it and then wonderful people like Chuck Lorre wrote and called me and said, “You know what, I can do better. I want to do better. I’d love to pick your brain about that.”

You’ve been at the forefront of progressive TV with respect to gay storylines and now pushing for more women and minorities on- and offscreen. What do you see as your top responsibility to the culture during a Trump presidency?

Well, one is to write about the divisiveness. American Horror Story is going to be about the election that we just went through. And what I’m interested in doing is not just the obvious, single-minded point of view but rather express all sides of that equation. What needs to happen in our country now is for people to listen to each other – we may not always agree with each other and we may be horrified by what the other side is doing but we have to move toward understanding. So that’s one example of what I’m going to do. And then all of the stuff that I’m developing now is going to be about illuminating and highlighting people who don’t have a voice in our culture — people who are ignored by the current administration and who are afraid and feel terrorized that their lives are going to be taken away. I’m interested not just in writing about those people but also in using my financial means to give back to them as well.

It was Feud producer Dede Gardner who recently said of Bette and Joan, “These women were treated brutally and made to treat one another brutally, and, seemingly, this was the only way anyone was going to get ahead.” What’s been the most and least glaring change since that time?

Jessica and Susan talk about this a lot, and they think nothing has really changed, definitely in terms of ageism. What has changed? I don’t think I could have had this career 20 years ago. I certainly wouldn’t have been able to write about these things that I’m interested in. And I wouldn’t have had the force, and I know that because when I started out in the late 1990s I was treated badly by a certain group of executives. So, what’s changed in the business is that there are more women in power, like Dana Walden, and they’re interested in using their perspective as women to make culture. It used to just be Sherry Lansing. The other change is that the men who are in power now, for the most part, are not your father’s or grandfather’s executives. They’re strong men but they were raised by women who were coming up in the ERA movement, who were working mothers or feminist mothers, and that’s influenced not just how these men work but how these men treat others. I look at Gary Newman, John Landgraf and Peter Rice, and those men are much more sympathetic and interested in the plight of women because they saw their own mothers go through some of that. And then I don’t think you can underestimate the rise of people like Shonda Rhimes and hopefully people like me and Greg Berlanti and other gay creators in our culture, if not for putting their complete and overt sensibilities into their work, at least for using it as a way in that wasn’t there before. 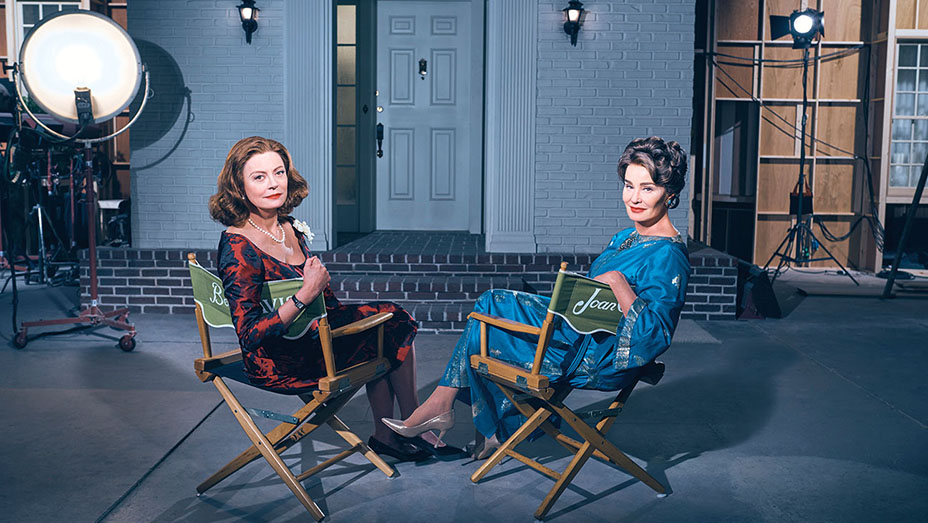 Going forward, what is the Feud brand? Is it always Hollywood? Always women? Always period?

I don’t want to do another woman-to-woman feud, and I certainly would never do another Hollywood feud because I don’t think you can top Bette and Joan. Really, I’m interested in this show being a two-hander that’s really about the human dilemma of pain and misunderstanding. So, I’m interested in finding famous two-handers throughout history, and I think you need a long period of time, maybe 20 to 40 years, to have a big backstory. I’ve reached out to some of my friends, like Mark Ruffalo, and said, “Is there some great feud I should do?” The next one will probably be a man and a man or a man and woman.

Is it easier to cast actors to play these real people post-The People v. O.J.?

Annette Bening and I had been talking for eight months about her playing [Louisiana Gov.] Kathleen Blanco in Katrina: American Crime Story [before she signed on]. I actually think actors both are drawn to playing real-life historical people and are terrified. Susan and Jessica were really into the idea, and then three days before we started filming, all three of us were like, “Holy shit, what have we done?!” because you realize you have an obligation. But I will say that since O.J., my phone does ring a lot with famous people saying, “If you ever do X, I’m interested.”

And yet I’ve heard you want to cast a newcomer to play Monica Lewinsky in American Crime Story. Is that true?

Yes, I think we’ll go after a newcomer to play Monica because that’s the part. I’m interested in seeing a young, new person go through that brutality as Monica did.