When Katie Kim won season four of K-Pop Star, South Korea’s answer to American Idol, in 2015, she never anticipated the struggles that would come during her rise to stardom.

After taking home the crown on the reality competition series, the Korean-American singer — known mononymously as KATIE — was signed to YG Entertainment. The 24-year-old spent three years training with the K-pop behemoth, responsible for grooming a roster of popular artists, including Psy, Big Bang, CL and BLACKPINK, among other excessively polished acts who have experienced success both in Asia and the U.S.

While her contemporaries released singles, climbed the charts and even sold out arenas stateside, Kim — who was born in South Korea, but raised in New Jersey — worked behind the scenes at YG to get her career off the ground in Seoul, her new home after winning K-Pop Star. But, after a frustrating round of setbacks and delays during her three-year tenure at YG, Kim decided to eventually leave the “Big 3” company.

“I wasn’t expecting to have no stage or outlet to perform for about three years, so that was devastating,” she tells The Hollywood Reporter. “But during that time, which was a challenge for me, I grew a lot as a person and I figured out what I wanted for my career — what my vision was for myself.”

Even though YG has helped shaped the landscape of K-pop and the Korean entertainment industry over the last two decades, alongside rivals JYP Entertainment (GOT7, Wonder Girls) and SM Entertainment Co. (BoA, Girls’ Generation), Kim felt as though she couldn’t produce her best work as a K-pop trainee. Especially not under the watchful eye of executives who she says have a hand in every aspect of their artists’ careers, from the songs they cut to the clothes they wear.

“Those labels are doing well, and they’ve been around for quite a long time. So I guess they’re doing something right. A testament to that is the fact that K-pop is having a big moment in the U.S. right now,” Kim says, calling out boy band BTS, whose unprecedented American crossover includes two No. 1 albums on the Billboard 200 and a historic, sold-out stadium concert at New York’s Citi Field on Saturday.

“That’s all wonderful and I’m happy for all the success that the K-pop scene is experiencing internationally,” she adds. “But that’s not me.” 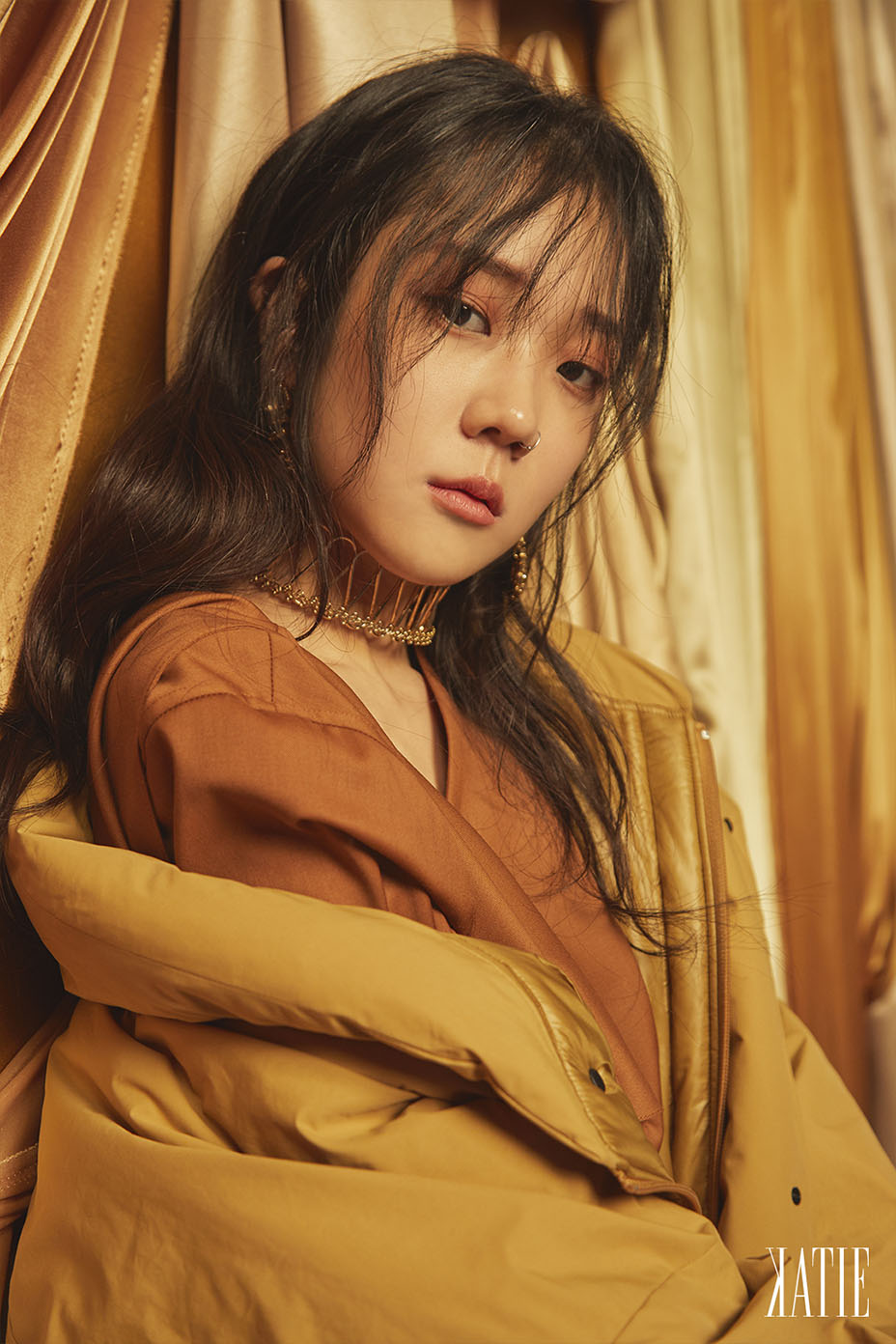 The manufactured presentation of modern K-pop — including pre-written hits, heavy production, tight choreography and impeccably coordinated ensembles — isn’t Kim’s cup of tea, she says. “I don’t want to be stuck in that,” says the star, whose soulful vocals and cool-girl style lend better to R&B, her preferred genre. “I won K-Pop Star, but I don’t even want to be labeled as a K-pop artist anymore.”

Luckily, for Kim, she doesn’t have to be. With the help of AXIS, a new entertainment startup, the onetime Berklee College of Music student — who cites the late Aaliyah as a main influence — has been able to develop her sound on her own terms. “I like how my new label isn’t forcing me to be somebody I’m not,” she says. “It’s a great fit for me.”

Kim, the first artist to launch with AXIS, believes the label is changing things. “They are very open and willing to allow me to do whatever I want as an artist. I have a great line of communication with the label and they encourage me to do things the way I want to,” she says. “There’s a lot of pressure being their first artist, but what makes it worth it is that I have so much freedom.”

So much freedom, in fact, that the Jersey girl received no pushback when she asked to record all her music in her first language, English. “I grew up in New Jersey, so English is more natural for me than Korean. There might have been some conflicts if I stayed at YG because they never have their artists singing in English from the start. K-pop singers are typically only allowed to record English versions of their songs when they get big and come to America,” says Kim, who is hoping to reach a global audience. “With AXIS, they just allow me to do whatever I want. It’s a luxury, really.”

Part of that “luxury” includes Kim dropping one-off singles as she pleases until her debut album, Log, is ready for release. Last week, she treated fans to a cover of India.Arie’s 2002 classic “Beautiful Surprise” and a jazz version of her first single, “Remember,” which was initially released in June.

“I have no boundaries and I’m so grateful for that. AXIS is the first company — or, really, creative platform — to let an artist create without borders. It’s a game-changer,” Kim tells THR. “It’s so cool that we’re doing something that nobody has ever done before, especially in Korea. I’m always encouraged to do anything that drives my soul.”

Now, Kim expects more Korean artists and creatives to follow suit. “With more creative freedom comes more meaningful work. And that’s every artist’s dream, to have that freedom and to create something that touches people,” she says. “For a long time, I felt like I didn’t fit in because I wasn’t Korean enough or I wasn’t American enough to find success. Now, with AXIS, I can just be myself and I feel like I’m more than enough.”

“It’s liberating to finally feel like that. I hope that translates in my music,” Kim adds. “Because I want my fans to feel that, too.”

Listen to KATIE on Apple Music and Spotify.