Billy Pilgrim is still unstuck in time, but at least now he has a new look to accompany him, as Boom! Studios has unveiled the cover artwork and design for its forthcoming graphic novel adaptation of the classic Kurt Vonnegut novel Slaughterhouse-Five.

Initially, Boom! only released a page of interior artwork to accompany the announcement. The Hollywood Reporter can exclusively debut the cover for the title, by Monteys with Scott Newman, below.

Alongside the cover for the title, Boom! Studios also provided THR with the official release dates for the graphic novel. Previously promised for September with no specific date attached, Slaughterhouse-Five will be released digitally and in comic book stores on Sept. 9, with a mainstream book store release on Sept. 15. 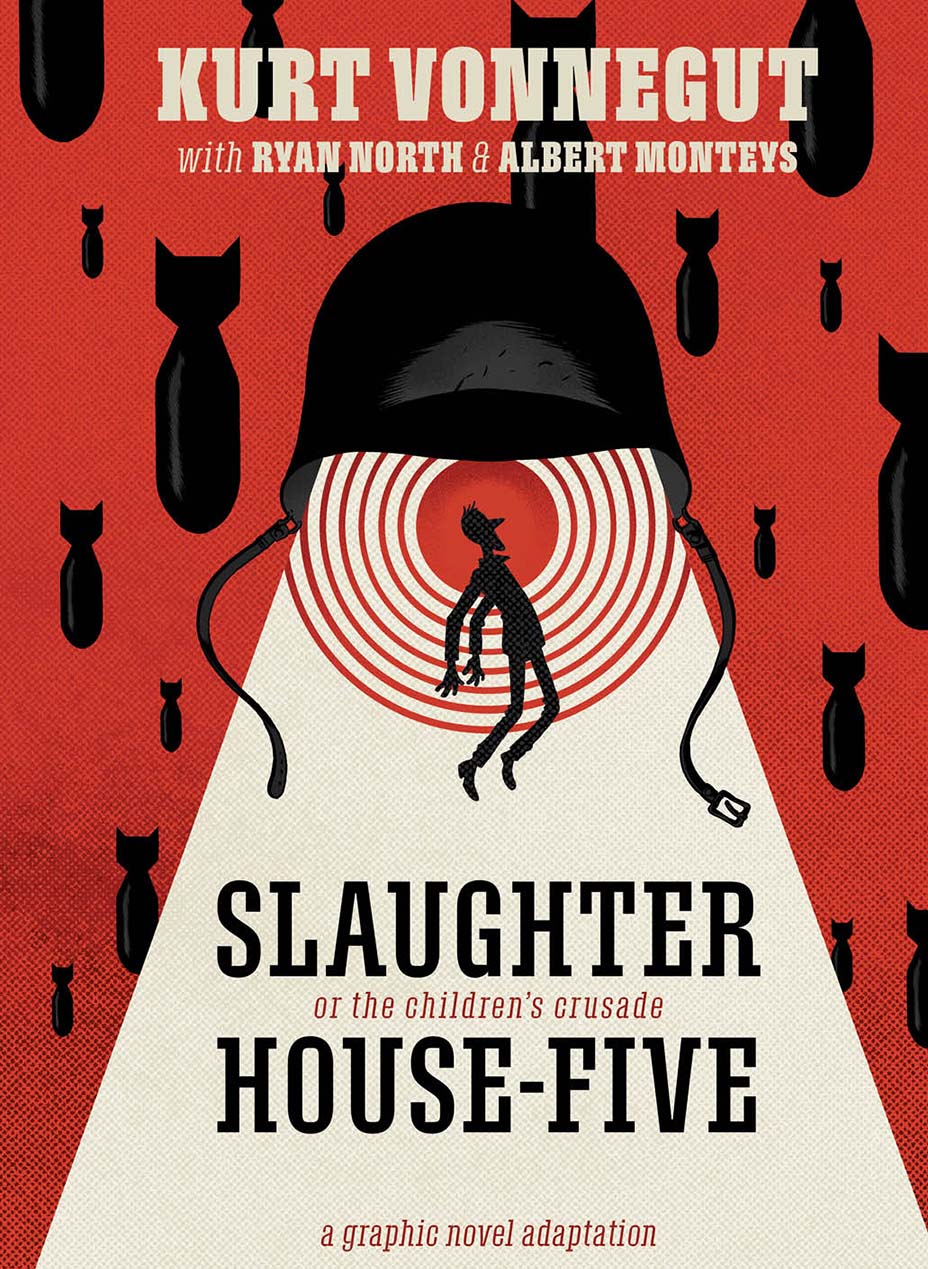