Nick Bell was just 16 when he sold his first company, Teenfront.com, a teen editorial brand. Several years later, after launching a failed online video startup, the Newcastle, England, native landed at Rupert Murdoch’s British newspaper business, which transferred him to New York in 2013 to work on digital products for News Corp. As part of that job, Bell arranged a meeting between Murdoch and Snap Inc. CEO Evan Spiegel. The powwow didn’t amount to much for Murdoch, but it did lead to Bell taking a job at the then-fledgling messaging app.

Now Snap’s head of content, Bell, 33, is charged with creating video programming that will keep Snapchat’s 173 million daily users engaged, the key to fighting rival Facebook for advertiser dollars. Snapchat received a $500 million investment from NBCUniversal and has struck deals with some 70-odd media partners, including E!, Cosmopolitan, ESPN and CNN, for both Discover (daily digests) and Shows (short serialized videos). “The biggest revelation for us out of Discover was that shortform video doesn’t work on mobile,” says Bell. “Mobile video is a new format.”

To that end, Bell isn’t so much looking to replace TV as augment it. “Mobile is not a TV killer,” he said Aug. 23 during an appearance at the Edinburgh TV Festival, where he also revealed that Snapchat plans to introduce scripted programming to its lineup by the end of the year.

While Bell is gaining momentum in Hollywood, Snap has yet to impress Wall Street. The company’s stock price has dropped more than 50 percent since it went public in March as user growth stalls and losses widened to $433 million last quarter.

Bell, who lives in Brentwood with his fiancee, Sara Praw, a Universal Pictures consumer products manager, works alongside his development team in Marina del Rey. He sat down with THR at Snap’s main office in Venice (where he also frequently works) to reveal what he’s learned about the mobile landscape, how he’s planning to approach scripted content and to whom he turns for advice.

What kind of video works best on Snapchat?

The audience is basically developing this language of what mobile video is. Some of it’s really obvious, like vertical video. Everybody who comes in the door at Snap and is pitching us knows that it has got to be vertical. When shooting people, you shoot them slightly off-center and from an arm’s distance because when people are sending selfies of themselves, that’s the perspective. It feels authentic and, therefore, should follow through to anything that we produce professionally as well. Snapchatters add doodles, which are all about having an additional layer of context, and that comes through as professional onscreen graphics. [E! Entertainment’s] The Rundown does a great job with this. 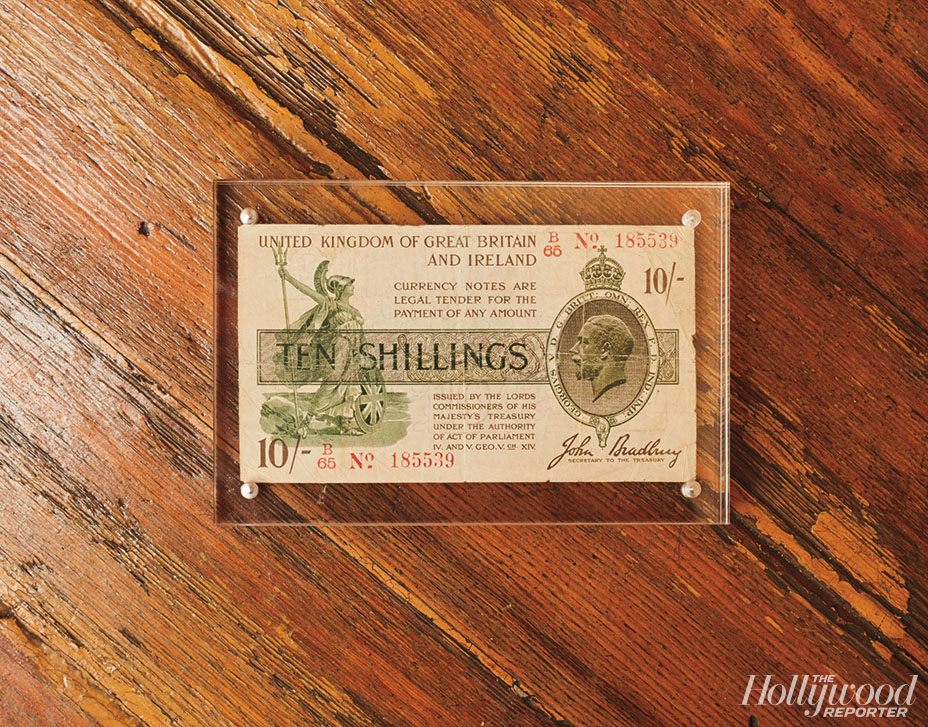 Will Snapchat venture into scripted programming?

Scripted is really exciting and an area we’re going to go into. But what we want to do first is prove the format and refine the format. Scripted is expensive, so we want to make sure that we go out with a really good first effort. We spent a lot of time thinking about what would lend itself well to Snap — how you develop characters, what the narrative and the story arcs look like when you’re telling these stories in a short format, the importance of episodic content and what happens in this world where people can miss content. Do you make previous episodes available? We’re really excited about something that is very regular and people can tune in to on a daily basis, potentially. We’re also thinking about what content can travel borders.

Would you consider doing long-form video?

I know people do watch full seasons of 13 Reasons Why on their mobile device, but I don’t think it’s the best place to watch it. The best experiences are made-for-mobile content. Our approach has been slightly different to some of the other tech platforms out there who think about desktop and mobile and OTT in the same breath. We don’t. We think about mobile experiences. What we’re finding right now is the optimum length is four to five minutes. 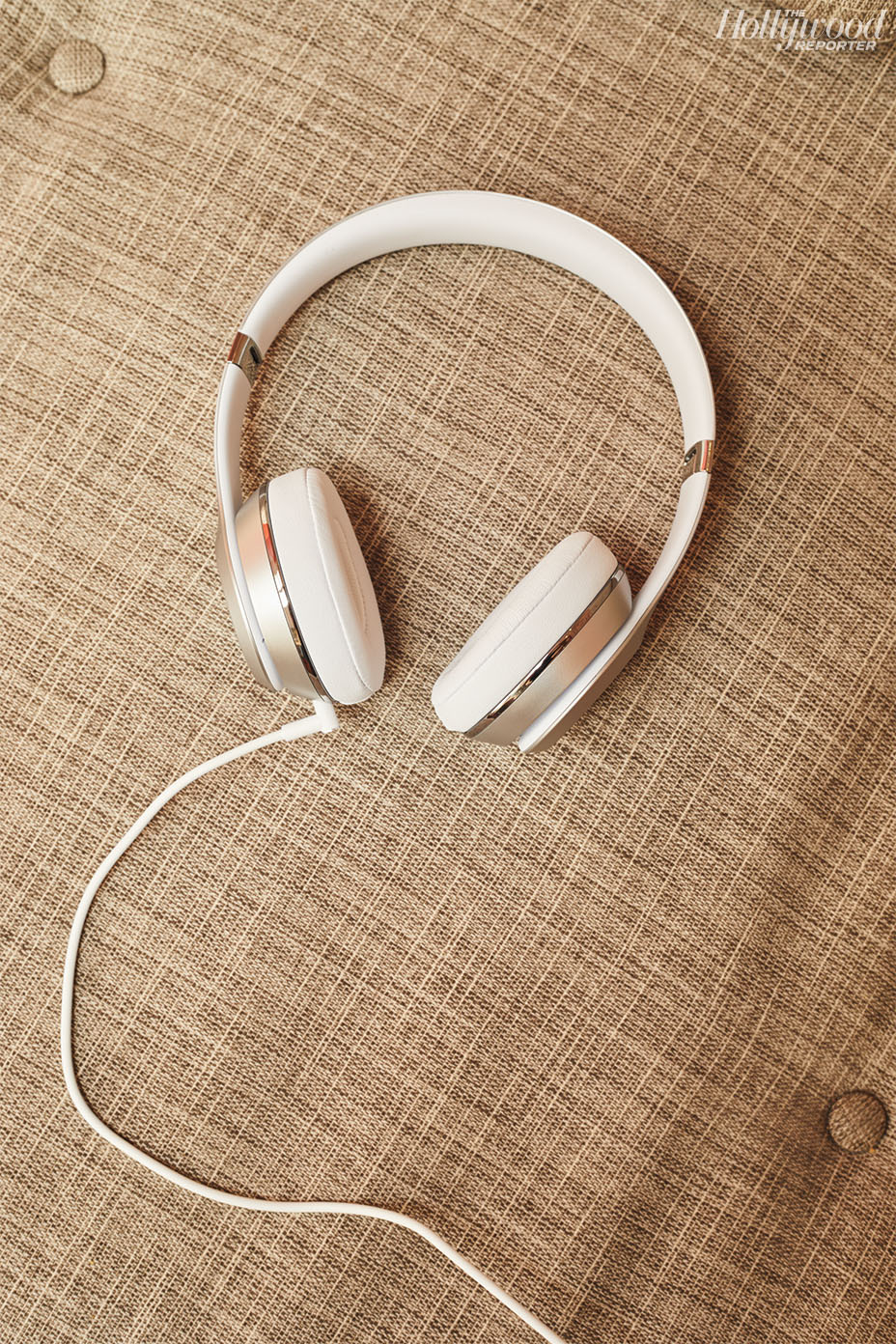 What kinds of projects do you get pitched?

Very early on, everybody was pitching us scripted series that were kind of Blair Witch-esque, where everything was shot on Snapchat. That just didn’t really resonate. We found that meetings went one of two ways: People wanted to do marketing for something else they were working on or people wanted to do stuff that hadn’t landed elsewhere.

What kind of programming are you looking for right now?

Our approach is that it’s an art, not a science. We’re not afraid to have opinions. We are not an open platform, and we really value scarcity. We want to get to a point where we’ve got three things a day by the end of this year — not hundreds. We know what we want and we’re going out and we’re finding that. The other thing that’s important is, we like new IP. We don’t want to take IP that’s being tried elsewhere and try to import it to our platform. For me, what’s really interesting is The Rundown, Phone Swap and Second Chance, where we’ve worked with creators to think up new stuff that’s going to be really interesting. The show that we’re doing with James Corden is something new. It’s original.

With the launch of Facebook’s new video initiative, how will Snapchat stay competitive in mobile video?

We continue to innovate. We continue to take bets. We continue to evolve our thinking. Other platforms are a couple of steps behind on most of this stuff and I’m really proud of that. We hope to continue that. We’re really focused on what the format is and on working with the best people in the industry. 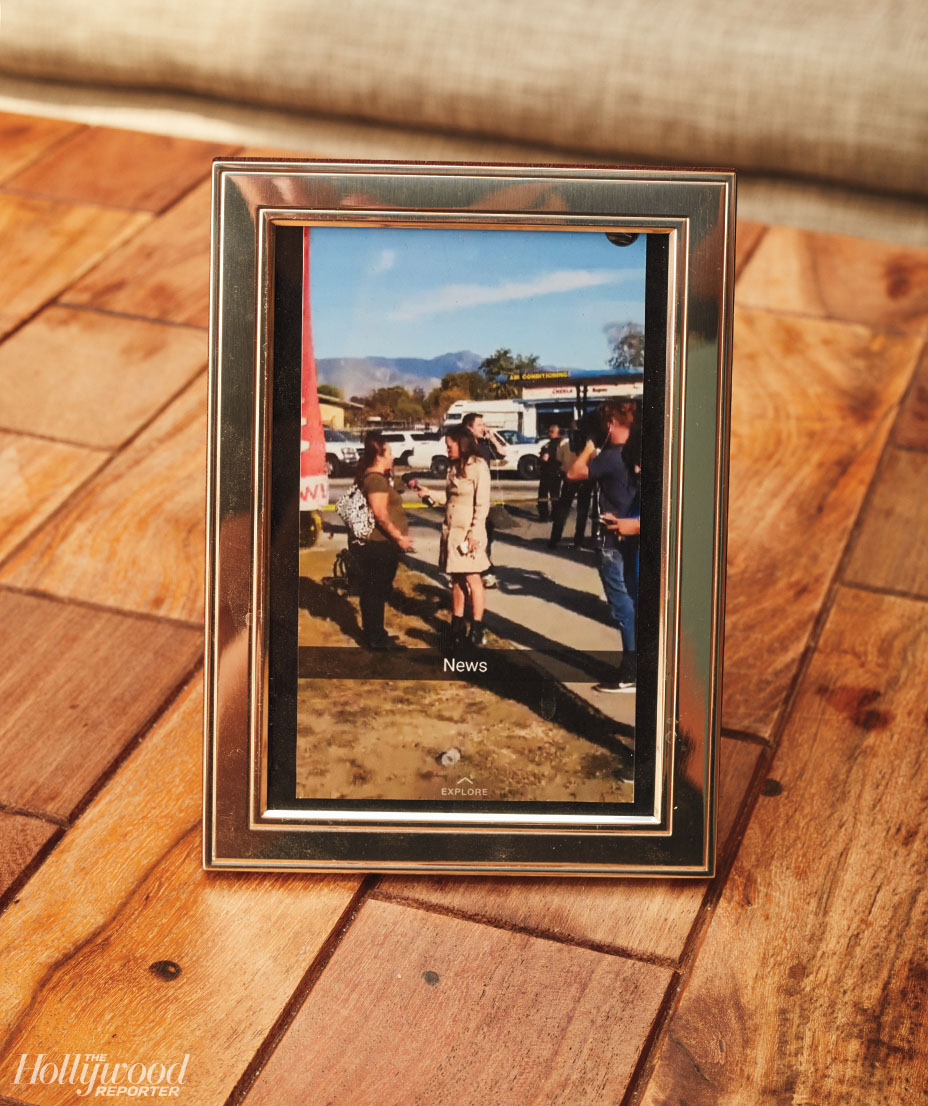 How have Snapchat’s recent growth problems impacted viewership of Shows?

If you look at the base we have, it’s an audience using smartphones with good data plans in developed markets, so it’s people who are able to access the content. What makes me proud about Snapchat is, whether it’s a puking rainbow or a dancing hot dog, we create cultural moments, and we’re starting to do that with the Shows content.

There are a few examples where I think live works really well, and that is where there is a pre-planned event — whether it is a news conference or a sporting match — or where something unfolds where there’s going to be payoff, like a car chase. The problem with live in many cases is, if you allow someone to just start airing and publishing content, and you reward the number of minutes that are published, then it creates a lot of trash. 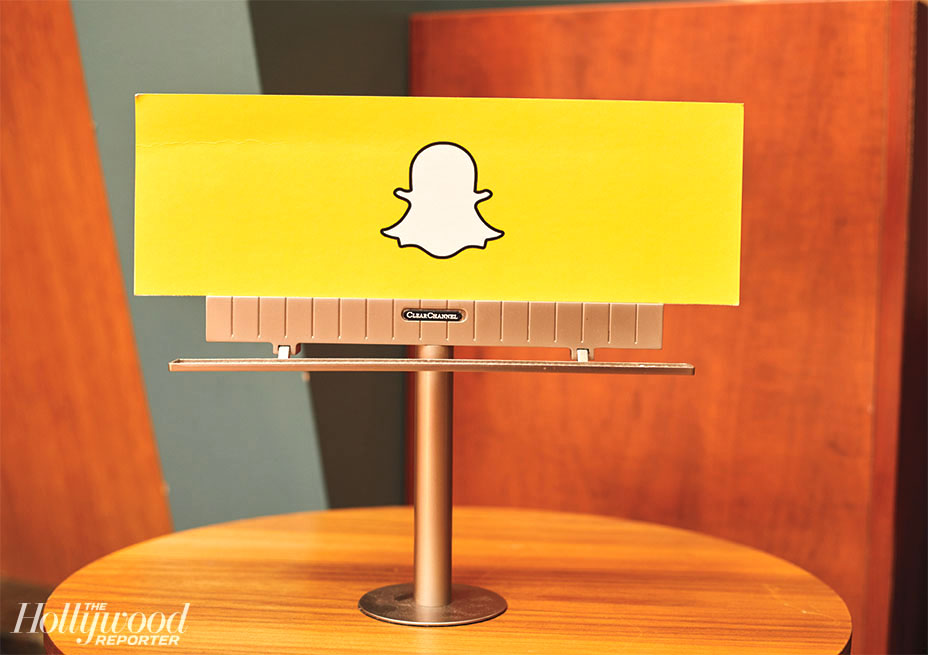 Would you ever go after rights for a live sporting event?

We’ve got no immediate plans to stream whole games, but I think the ability to bring those moments that matter through Snapchatters is really exciting.

What did you learn from when Snapchat was producing more of its own content via the now-disbanded Snap Channel on Discover?

For us to have the depth of talent and the quality of talent [in-house] that we’ve tapped into across the handful of shows that we’ve done so far, would be very challenging as a company. We’ve worked with some incredible folks. We’re shooting a season with Ben [Winston] and James Corden at the moment. It would be very difficult for us to hire those people on staff here at Snapchat. What we’ve been able to do is tap a much broader slate and a much broader bench of talent. I like to think it’s a true partnership. We bring to the table not only distribution but a lot of thinking and a lot of data and insight around mobile. Great storytellers get really excited by that.

After years working for a traditional media company, what led you to join Snapchat?

Evan and I connected pretty quickly because when we were talking about product, we were talking about the philosophy of the product, rather than pixels and buttons. One thing I’ve come to learn with Evan is that all of the product ideas start with these sort of philosophical approaches to problems — or to opportunities, if you like. We started talking about what was wrong with the world of digital content and what was great about TV and print, and how we could take some of the pillars and cornerstones of TV and print and bring them into the mobile world. An hour and a half into the conversation, it started to formalize into a product that I started to kind of pitch him, and then he smiled and showed me an early prototype of what was Discover. It was pretty crude, and it was certainly a long way from the product that we launched, but we certainly shared a vision.

How involved does Evan Spiegel get with the content decisions?

Philosophically, very involved. He gives his opinions on stuff, but he trusts us to go and do this. I couldn’t ask for a more supportive CEO, and I value his opinions because of who he is, not because he’s my boss.

Do you ask for guidance from Michael Lynton, the former Sony CEO who is now Snap chairman?

Michael has been an incredible supporter and mentor for me, and I really value his opinion. I speak to him very regularly. 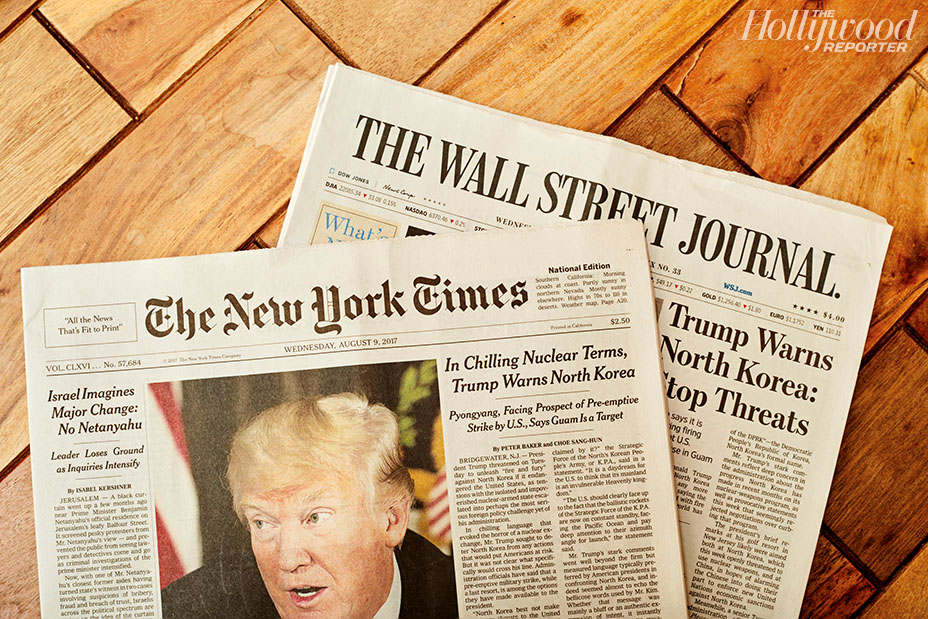 Whom else do you turn to for advice?