Located at 9000 Sunset Blvd., just a few blocks to the east of Soho House West Hollywood, Soho Works is an international network of workspaces designed by the membership club. It marks the fourth Soho Works location after Soho Works 55 Water in New York, and Soho Works White City and Shoreditch, both in London. It’s also the brand’s fourth outpost in Los Angeles, after locations in Malibu and downtown Los Angeles. Per today’s announcement, Soho House is said to be planning additional locations in New York, London and Hong Kong for later this year, all of which will be within walking distance of a Soho House location.

Open to Soho House members and nonmembers in creative fields for application, Soho Works on Sunset — designed by an in-house design team and seen in renderings below — offers lounge, desk and office options. On-site amenities include private phone booths, meeting rooms, podcast equipment, video conferencing, printers, lockable storage, a members’ kitchen and other breakout spaces and tech platforms. Like Soho House, Soho Works will feature a calendar of events for its members, ranging from community get-togethers to leadership and learning-focused panels, wellness events and more.

The new location comes on the heels of Soho House’s new initiative, Soho Back to Work, geared to help members “get back on their feet and kickstart re-entry into the post-COVID-19 world.” The digital-first platform hosts work tools and resources including editorial content, digital events and a “noticeboard” that allows members to connect as well as post jobs or skill-swap opportunities. It also provides an opportunity for a three-month complimentary access period to Soho Works for members located in or traveling to L.A., New York or London. 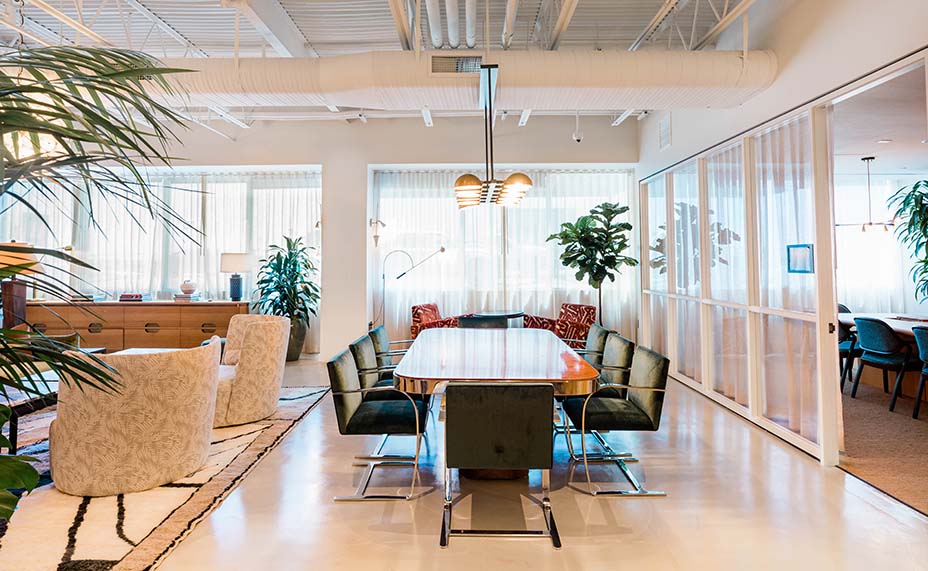 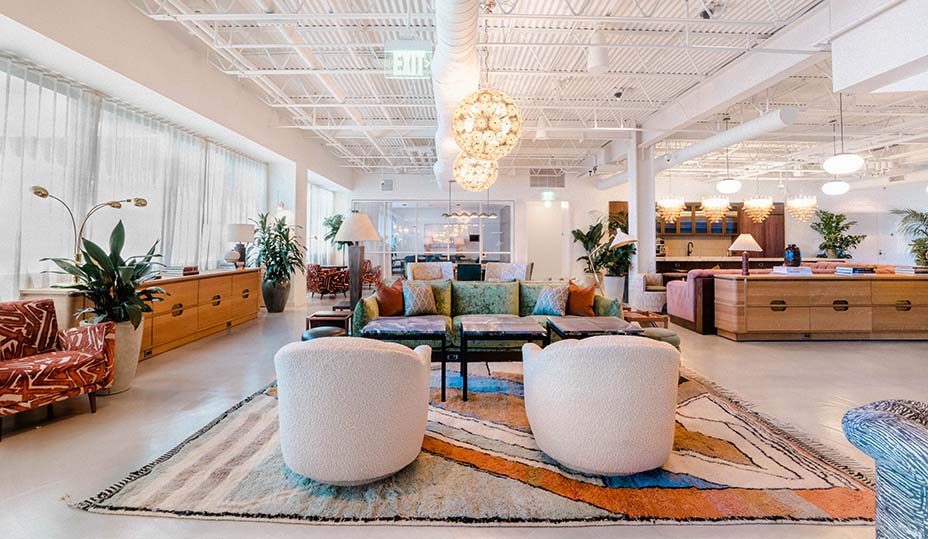 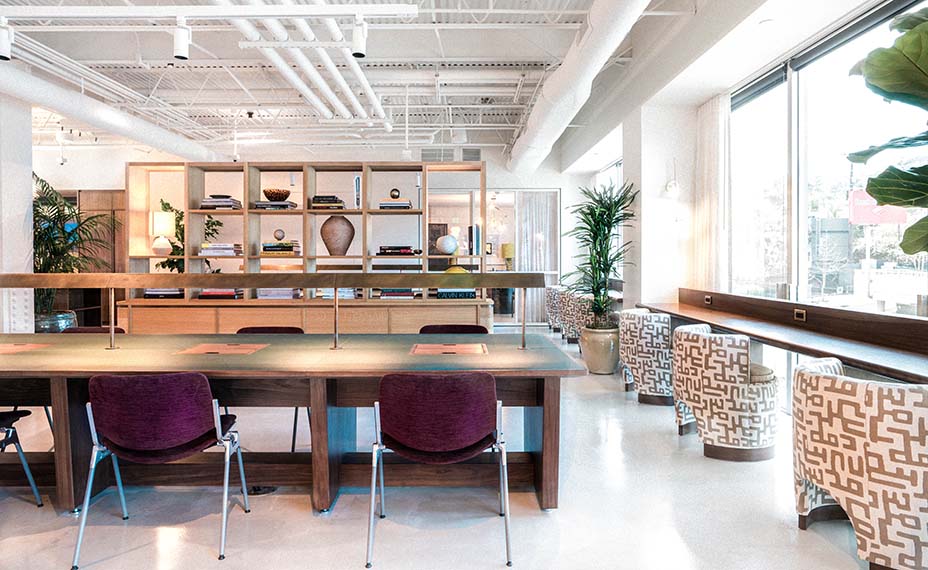