It’s been 30 years since Gil Cates took on his first assignment as executive producer of the Oscars for the 62nd Academy Awards, the year after a fiasco, when Rob Lowe shared the stage with Snow White. That was the beginning of an unparalleled run in which Cates oversaw 14 Oscar telecasts, culminating in his last one, the 2008 awards (when No Country for Old Men was named best picture).

It was Cates who hired Billy Crystal as host, Cates who introduced the “In Memoriam” section, Cates who toggled easily between comedy and gravitas. It was also Cates who kept the backstage secrets — the tantrums, screaming fits and outrageous demands that are par for the course for anyone dealing with Hollywood’s biggest egos. He never revealed them, never left a memoir when he died in 2011 at age 77. 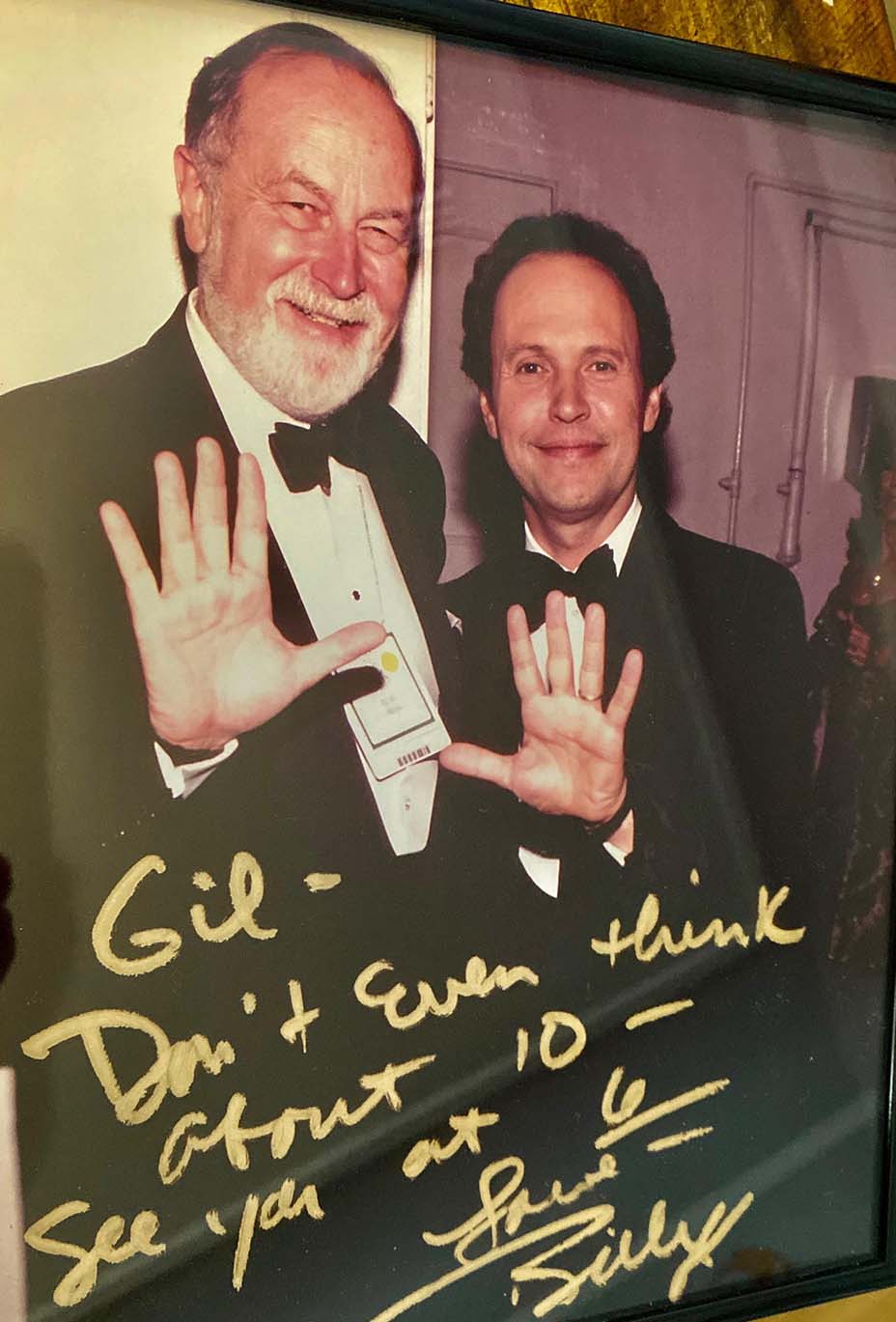 The Hollywood Reporter spoke to his son, Gil Cates Jr., the executive director of the Geffen Playhouse, who singled out five highlights.

After Crystal’s widely acclaimed debut as Oscar host in 1990, he had mixed feelings about returning — until Cates made him an offer he couldn’t refuse. He sent his son over to the comedian’s house with a horse’s head. No, not the real thing — a fake. And no, Cates Jr. didn’t leave it in Crystal’s bed. But it did the trick: Crystal came back and hosted nine shows in all.

In 1999, Elia Kazan was awarded an honorary Oscar, a move that horrified many Academy members, given that the director had named names during the McCarthy era. Behind the scenes, Cates decided Kazan should be treated with respect as a guest of the show — which was exactly what he expected, until host Chris Rock took the stage and quipped, with a reference to gangster films: “I saw [Robert] De Niro backstage. You’d better get Kazan away from De Niro, because you know he hates rats.” Rock must have felt bad about the jab, because afterward he sent Cates flowers as an apology. ”He genuinely appreciated the gesture,” says his son. 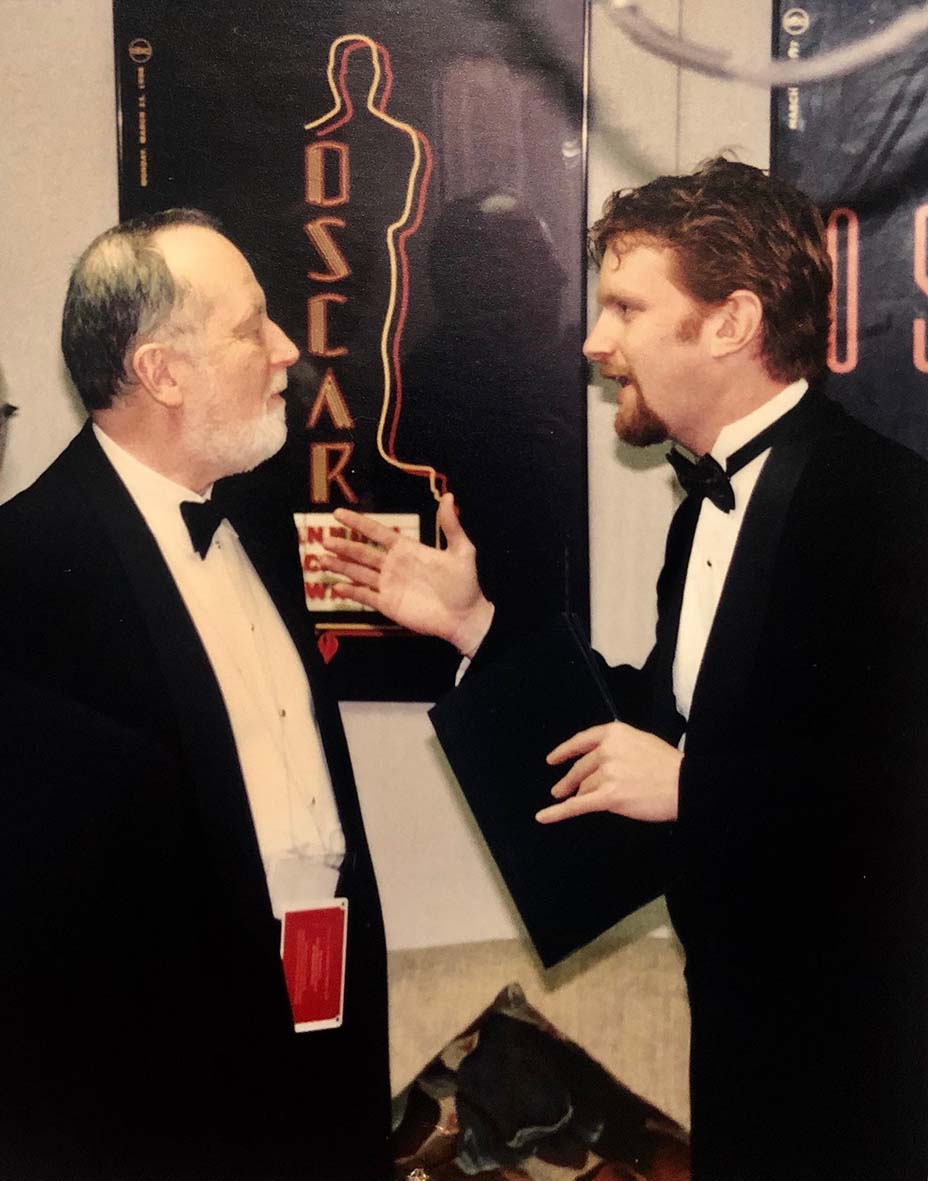 Madonna spent three months rehearsing her song “Sooner or Later” (from Dick Tracy) prior to the show, and Cates even rented her a space to prepare. “In the number, she was meant to turn around as a mike rises from the floor to reach her,” says Cates Jr. “She rehearsed this for three months — and on the day of the show, just before the telecast, the guy who’s in charge of hitting the button that controls the mike disappeared, and nobody could find him. If you watch the performance, you can see it threw her a bit, because a stagehand had to put the mike out there. But she was amazing, and that was the one show Gil won an Emmy for.”

During one rehearsal, says Cates Jr., “a little girl was standing on top of a bunch of mattresses. She got very, very stressed, so Gil climbed up to her and she’s like, “I’m really, really nervous. I don’t know if I can do this.” Gil said, “Of course. No problem. Oh, by the way, there’s someone standing right over there who’s ready to go on if you can’t.” “Uh,” said the girl, “I think I can manage.”

“My dad loved spectacle,” says Cates Jr. “He wanted this bear on stage, and people were terrified. What if he goes on a rampage? But Bart was relevant that year — he’d just been in The Edge with Anthony Hopkins and Alec Baldwin. They did it, and it went great — but they had all sorts of people off to the side waiting in case something went wrong.”

Catherine Burns: The Vanishing of an Oscar-Nominated Actress