Sondra Locke, the Oscar-nominated actress who made six movies with Clint Eastwood before their relationship disintegrated and she sued him for palimony and then fraud, has died. She was 74.

Locke died Nov. 3 at her home in Los Angeles of cardiac arrest stemming from breast and bone cancer, according to her death certificate, which was obtained by the Associated Press.

The blond, waifish actress made her onscreen debut in stunning fashion, earning her Academy Award nomination for her portrayal of the teenager Mick Kelly opposite Alan Arkin in Robert Ellis Miller’s The Heart Is a Lonely Hunter (1968), the adaptation of the Carson McCullers novel.

In October 1975, during the making of the Civil War-set The Outlaw Josey Wales (1976), she and Eastwood became romantically involved on location in Page, Arizona. They eventually moved into a Bel Air mansion that was built in 1931.

After they became a couple, Locke acted almost exclusively in Eastwood films at Warner Bros., co-starring with him in The Gauntlet (1977), Every Which Way But Loose (1978), Bronco Billy (1980), Any Which Way You Can (1980) and Sudden Impact (1983), with the actor directing all but two of those as well.

She said Eastwood insisted she work with him alone; one exception came when singer Rosemary Clooney personally asked Locke to portray her in a 1982 biopic for CBS.

In Every Which Way But Loose and Any Which Way You Can, she played country-music singer Lynn Halsey-Taylor and shared billing with an orangutan.

“I didn’t want to be up there with the orangutan,” Locke said in a 1996 interview with the Los Angeles Times. “I was there because I was in love and [Eastwood] wanted me to be there. And I loved working with him and we were together. But I didn’t want that.”

In April 1989, Locke filed a palimony lawsuit against her domestic partner of 14 years. Included in the ensuing settlement was a $1.5 million, three-year contract for her to develop and direct films at Warner Bros. (At the time she agreed to the deal, she also was undergoing chemotherapy following a double mastectomy.)

The studio, however, did not greenlight any of the 30 projects that she pitched, she said, nor did it hire her to helm any of its in-house projects. Locke contended that it was Eastwood who secretly financed the “bogus” deal — it “created a dead end for her career,” her lawyer said — so she sued him again in June 1995 for fraud, intentional interference with her ability to earn a living and breaching his financial duty to her. Her income in 1994 and 1995, she testified, was zero.

In September 1996, after a two-week trial that riveted Hollywood and also featured testimony from Eastwood and Warners executives, Locke settled again after seeking $2.5 million. (Jurors said they were ready to decide in her favor.)

“I don’t have to worry about working,” she told reporters after the settlement, the terms of which were undisclosed. She said her suit “was never about money, it was about my fighting for my professional rights.”

Since the second trial, Locke appeared in just three films: Clean and Narrow (2000), The Prophet’s Game (2000) and, with Keith Carradine, in Ray Meets Helen (2017). She executive produced that film as well as 2015’s Knock Knock, starring Keanu Reeves.

Born on May 28, 1944, Locke never knew her father. She was raised outside Nashville in rural Shelbyville, Tennessee, and attended Shelbyville Central High School before spending a year at Middle Tennessee State University. 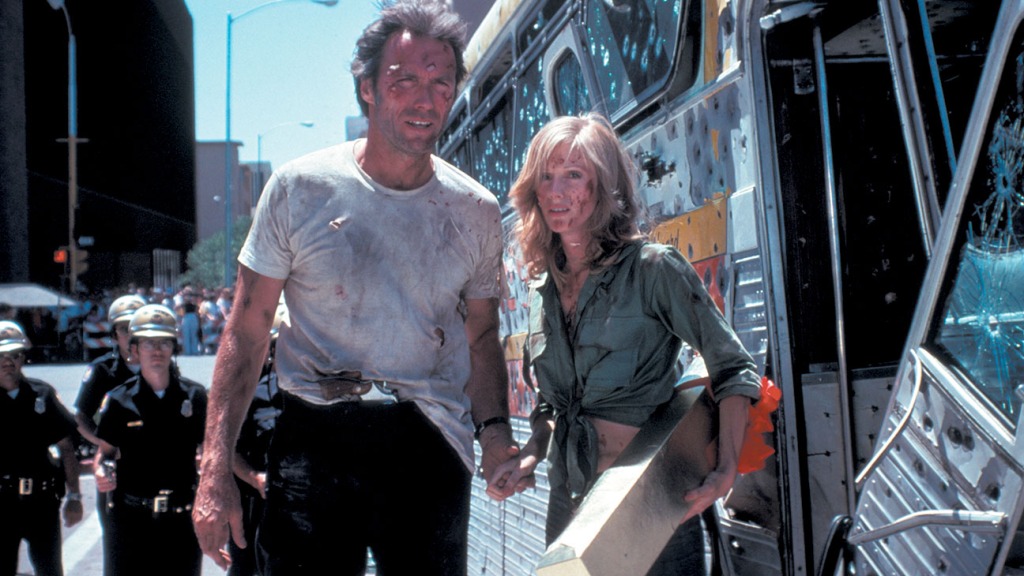 A childhood friend from Shelbyville, Gordon Anderson, helped her prepare for her role in The Heart Is a Lonely Hunter after he helped her get discovered in a nationwide talent search. She lied about her age so she could play a 14-year-old in the drama.

She and Anderson, who was gay, married soon afterward. (They never consummated the marriage, according to legal documents; they never divorced and remained “like sister and brother” for decades.)

“Sometimes I wonder whether I would have ever taken the drastic steps I did but for Gordon,” Locke said in 1968. “He is a very positive person. And courageous. I’m naturally shy. Still, even though I may look fragile and am reluctant to push, somewhere — deep down inside of me — there must be a core of iron!”

Locke starred in the rodent horror film Willard (1971), Cover Me Babe (1970) with Robert Forster, A Reflection of Fear (1972) and The Second Coming of Suzanne (1974) and appeared on episodes of The F.B.I., Kung Fu, Planet of the Apes and Barnaby Jones before Eastwood cast her as Laura Lee, his character’s romantic interest, in Josey Wales.

In Sudden Impact, the fourth of Eastwood’s five “Dirty Harry” movies, Locke played a woman out for revenge from the rapists who had attacked her and her sister. She was an assistant in a circus act in Bronco Billy and a prostitute in The Gauntlet.

Locke said she had two abortions and a sterilization operation known as a tubal ligation during her time with Eastwood, who was married but separated from his first wife, Margaret Johnson, when they moved in together. She said she called him “Daddy.”

They lived together in San Francisco and then Sherman Oaks before Eastwood purchased the 5,000-square-foot Bel Air estate for $1.125 million, and she spent years renovating it.

Locke said her relationship with Eastwood began to fray when she directed and starred in the $8 million dark comedy Ratboy (1986) for his Warner Bros.-based Malpaso production company.

“And I said to him, ‘You know, it really would not be in my best interest, I think, if you come on [Ratboy].’ Well, I’m not gonna put my name on it! [he said]. And of course that was rather a joke cause he put Malpaso on there, and that is like putting his name on it. So, not only did he put his name on it but then also, he felt that he was in a position to tell me what to do all the time.”

While Locke was directing Impulse (1990), a psychological cop thriller starring Theresa Russell, she said Eastwood asked her to move out. She said he changed the locks at their home in Bel Air and brought in a moving company to pack up her belongings and place them in storage.