Laduma Ngxokolo, the man behind the South African knitwear brand Maxhosa, which has become a fast-growing fashion export, is no stranger to having his work in New York. Last year, a cable-knit sweater by Ngxokolo was displayed as part of the Museum of Modern Art’s “Is Fashion Modern?” exhibit and, up until this week, his kaftans were in Bloomingdale’s as part of a pop-up inspired by Disney’s live-action remake of The Lion King, curated by actress Florence Kasumba. But this season marked the designer’s first official foray into the fashion world beyond South Africa, as he debuted his spring-summer 2020 collection in the U.S. at New York Fashion Week, part of the “Made in Africa” banner show Thursday, Sept. 5, at Spring Studios.

It’s all a collective moment that’s been a long time in the making, following the enormous success of Black Panther last year. Ngxokolo dressed John Kani and his son Atandwa for the Los Angeles premiere of that film and also inspired costume designer Ruth E Carter in her research for the movie’s Oscar-winning outfits. 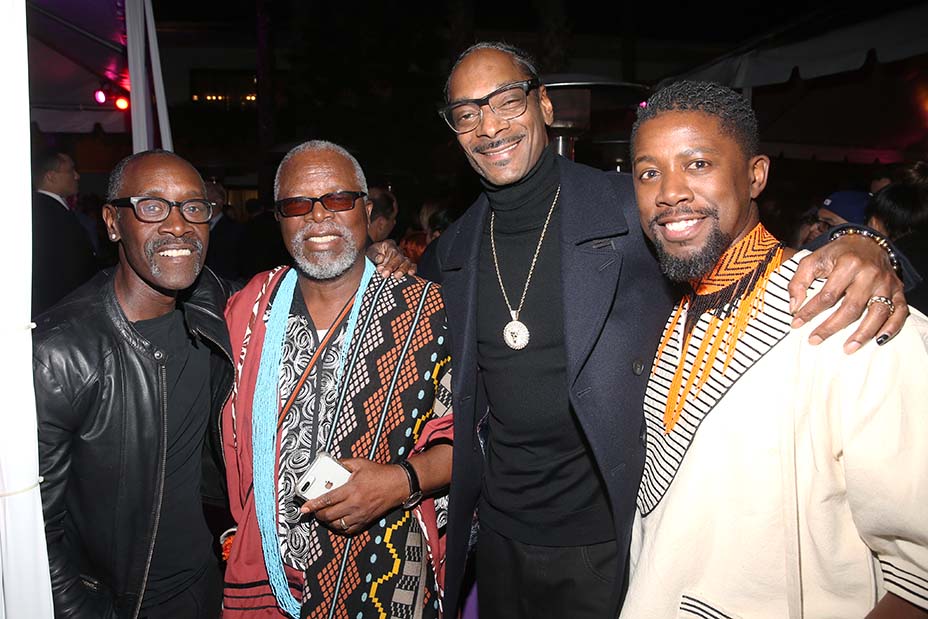 “I wouldn’t really give the credit to Black Panther entirely,” Ngxokolo told The Hollywood Reporter. “I’d say it is an evolution that has been happening for some time, and technology has now just happened to evolve it in a faster way. The whole hunger for the African aesthetic has been there for decades. It’s just that now it is bigger than it ever was. Black Panther did show African fashion in a right way. We, and a lot of brands [in South Africa,] are about moving out of the curio space — where it doesn’t belong — and creating a more refined, elegant way of presenting ourselves. We are destined to play a major part in the world through music, fashion and design.”

Ngxokolo has established a firm presence in his home country, where his line of womenswear, menswear, accessories and home decor (inspired by his Xhosa upbringing) are worn by local personalities; his designs have also been called out by Alicia Keys and her producer husband Swizz Beatz, Beyoncé and singer Raphael Saadiq, among others. For his spring-summer 2020 show, Ngxokolo went with the theme “We Are Kings and Queens” — showcasing a fresh take on his trademark vibrant colors (this time inspired by the colors of the South African flag) and bold zigzags and graphic prints that Beyoncé highlighted when she posted about Maxhosa in 2016. He also incorporated  traditional beadwork patterns into wraps and headwear, playing on the ceremonial theme of the collection.

“Having Beyoncé mention me was a validation that we are moving in the right direction,” says Ngokolo. “It’s given me so much more confidence to advocate the African narrative because I speak from a place of authority and authenticity,” he adds. “Most pattern brands have a classic appeal, but we have a little more than that. People get the sense that it’s new. It’s cultural in a beautiful way. We say that we are elegant, proud and unapologetic. The statement to me is that royalty doesn’t have to be attached to the monarchy or royal blood. It’s saying that every African person, every black person, is a king and a queen, and they should look at themselves in that way and never diminish themselves among society; they must look at themselves in a more optimistic way through clothes, because that is the first impression, before you even open your mouth, people see what you wear. That is how we should represent ourselves.”

The designer’s confidence should be further boosted by the other Ms. Carter (Ruth E. Carter), who has tapped him to provide some clothes for the upcoming Coming to America 2. “She asked for a couple of pieces because they’re busy shooting in Atlanta in the moment.” The regal theme of the film seems to make the fit with Maxhosa a natural one. “I remember watching that show very young on national TV,” says Ngxokolo. “That majestic kingship appeal — it was very nostalgic. There is a lot more coming,” he says. “We just have to keep evolving.”

The show comes in a year when South African fashion is flourishing outside of the country — H&M released its first African collaboration with Johannesburg-based label Mantsho last month and, earlier this week, actress and Louis Vuitton face Alicia Vikander presented 26-year-old South African designer Thebe Magugu with the coveted LMVH prize in Paris. The Johannesburg-based womenswear designer is not only the youngest of this year’s finalists, but also the first talent from Africa to land in the finals.