Sometimes the battle between good and evil takes everything a hero has. That makes the experience of Dizzy Doom, hero of the upcoming graphic novel Digital Lizards of Doom: Dizzy Doom Level 1 all the more difficult, considering he can’t even be sure what is real anymore.

The unusual crowdfunded graphic novel is based on the YouTube series of the same name, written by Gabriel Valentin, with art by Ernie Najera. Inspired by Saturday morning cartoons, tabletop gaming and classic anime, it’s a story centering around Dizzy Doom, a student of a sect of warrior monks, who discovers that not everything in his life is exactly as he’s been taught to believe just as the ancient evil enemy of the monks makes his comeback.

The battle between Dizzy and the evil Commander E.K.O. actually extends beyond both the comic book and animated series world, with Digital Lizards of Doom actually existing in the real world as a musical act — fronted by Valentin — that has already recorded and released a full-length album, “Lizards & Labyrinths,” currently available to stream or download for free. 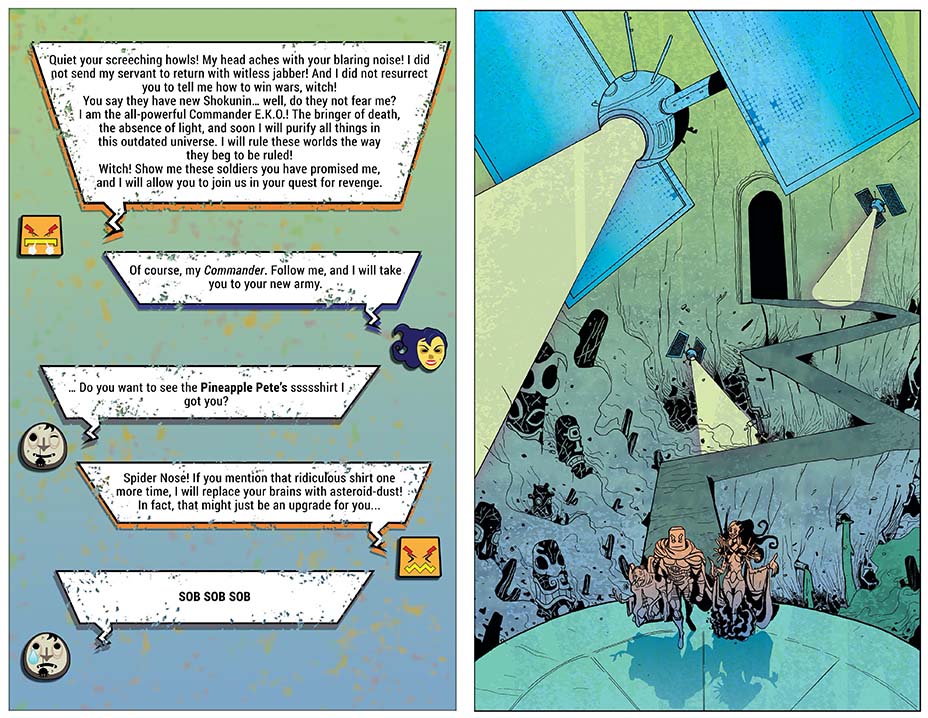 “This book has been a labor of love for six years,” Valentin said in a statement. “And it feels amazing to be at a place to bring it out to the world. This is something we’ve been working toward for a long time and we’re so excited to partner with Clover Press to do it.”

“These are the kind of books I want to be making with Clover,” added Clover Press co-founder, Nate Murray. “As soon as you pick this book up, you’re blown away at how beautifully the art is presented. The choices Gabe made in his storytelling are bold and different. It’s a new way to read a graphic novel, but it feels intuitive and somehow right. It’s a rockin’ good time.” 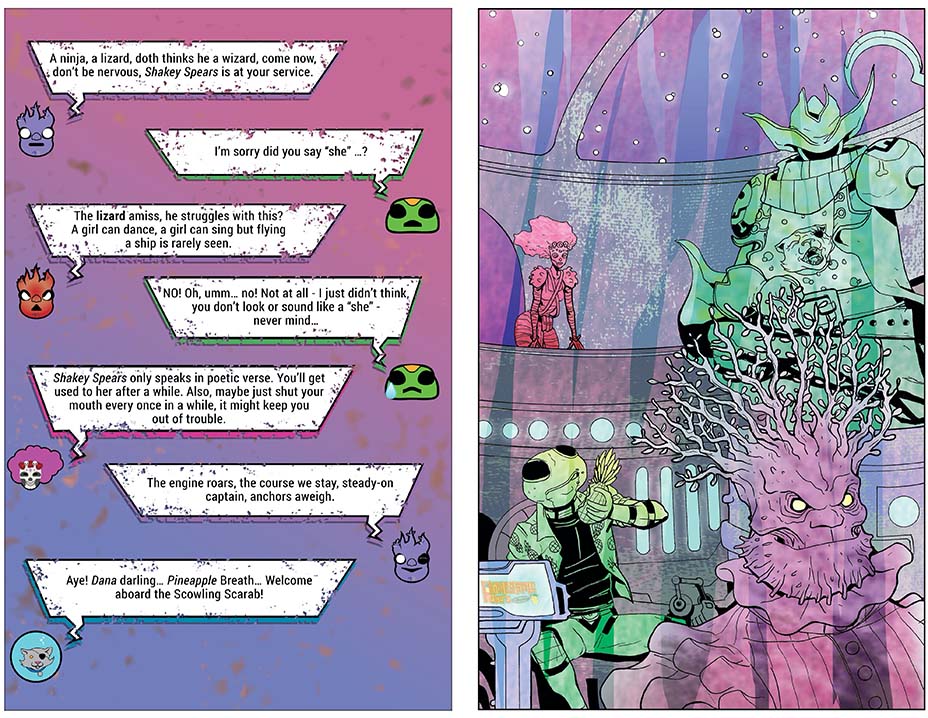 The graphic novel features an incentive cover from Mark Irwin, and a foreword by San Diego Comic-Con co-founder Mike Lowry.

The project launches today on crowdfunding platform Indiegogo. More information about Digital Lizards of Doom — the band and the graphic novel — can be found here.