When Spike Jonze doesn’t want to answer a question, he doesn’t answer it. Not because he wants to be difficult. A non-answer from Jonze, 50, is still gracious — and often funny. But the director is not interested in defining himself as an artist. He just wants to make art. And he wants to have fun doing it.

But Jonze opens up when the subject is the Beastie Boys, his close friends and collaborators for nearly 30 years. They recently reteamed for Apple TV+’s documentary Beastie Boys Story, which follows the trio — Ad-Rock (Adam Horovitz), Mike D (Michael Diamond) and MCA (the late Adam Yauch) — from the band’s inception in early ’80s New York City through 2012, when Yauch died of cancer, and, as Horovitz says in the film, “we stopped being a band.”

As one might expect from Jonze — who also produces, writes, acts, often shoots and sometimes choreographs — Beastie Boys Story is not a typical music documentary but instead a concert film that serves as a companion for 2018’s Beastie Boys Book. Horovitz and Diamond already had been on a stage tour talking about the book and their careers when it occurred to them that they should capture it on film. That’s when they enlisted their old friend.

“When we sat down to write the script, it started with me and Amanda [Adelson], my producer, and Jonah Hill, our other producer, and [co-producer Alison] Goodman just sitting with them and interviewing them,” Jonze says. “I just kept asking like, ‘What did that feel like? What was that like? And what was that experience?’ It’s kind of like conversations you have with your friends about their lives or your life — but almost meticulously so.”

Jonze and the Beasties met in 1991, when Jonze photographed the band for the cover of Dirt, a youth-culture magazine he started with a couple of friends. They clicked. They shared a counterculture sensibility, an irreverent sense of humor and, perhaps most importantly, a need for creative independence.

“I was a few years younger than them when I met them,” recalls Jonze. “And obviously me and my friends were making magazines and skate videos, and we had our own world and we were doing it our own way, coming from skateboarding and BMX and the punk music scene. When I met them, they were signed to Capitol Records, and they were doing it on a different scale and still not asking permission from anyone and not doing it anyone else’s way but their own. That was really inspiring.”

When Jonze met the group, he already had directed some seminal skateboarding videos, and during the next couple of years, he added music videos for Sonic Youth and the Breeders to his résumé. In 1993, he directed the video for the Beastie Boys single “Time for Livin’,” and in 1994 the videos for “Sure Shot” and “Sabotage” — the latter taking Jonze from up-and-comer to hot commodity. A parody of ’70s-era cop dramas with a distinct DIY aesthetic, “Sabotage” was classic Beasties and classic Jonze. They were artists doing whatever they wanted, with wigs and mustaches but no permits and no limits.

“They’re so intentional,” Jonze says of the Beastie Boys, “from the music they make to how they do their merch and the thoughtfulness they have about their [post-Beastie Boys] bands. … Just everything they do is very, very intentional, and I love that. I try to live that way, and I think being around them makes me more aware of that.”

Jonze’s credo of intentionality helps explain why, in his many years behind the camera, he’s only made four narrative features (including 1999’s Being John Malkovich, which earned him an Oscar nom for best director, and 2013’s Her, for which he won an Oscar for best original screenplay). And why he co-created and executive produced MTV’s shameless prank- and stunt-filled reality series Jackass, which ran for three seasons and spawned three feature films — with a fourth in the works. (“We thought [we were] getting away with murder,” Jonze says of the first eight-episode season.)

But as much as Jonze likes to mix it up with film, television, commercials and music videos, one medium he returns to time and again is dance — and always with a fresh take. Two of his more famous music video collaborations with Fatboy Slim (for the singles “Praise You,” in which he acted as a lead dancer, and the Christopher Walken-starring “Weapon of Choice”) incorporated dance with a comic levity. In 2017, he collaborated with Opening Ceremony co-founder Humberto Leon on Changers: A Love Story, a performance piece that featured Mia Wasikowska and Lakeith Stanfield and ran for eight nights at New York’s La MaMa Theatre. And Jonze last year explored dance in a totally different way: live on The Late Show With Stephen Colbert, with the participation of the audience and the host himself, to make a one-take, black-and-white music video with Karen O and Danger Mouse.

“In two days we created the entire thing. On a Saturday, Sunday we created it, and on a Monday, we went to the theater in front of his audience during the show and made this one-take video. We brought in an Alexa camera and I operated it, and it was just like, ‘What can we do in this medium?’” he says. “Colbert announces what it is, the stage manager cues us, and we’re off, and that’s it. We’re locked in. Me and Karen, and me operating the camera, Karen singing, and the dancers are all sort of one organism that in the next four minutes made our piece.”

Live performances of all types have held a special attraction for Jonze in recent years. “It’s so similar to making films but then so different,” he says. “It’s storytelling, it’s visual, it’s music, it’s an interaction with the audience, but then it’s all sort of done in preproduction. And then at 8 o’clock, the whole thing comes together and you do a show, and the show’s done and you don’t have to edit anything. … It’s like, ‘OK, that was it.’ “

One such project was Frank Ocean’s 2017 summer festival tour, to which Jones brought a sense of intimacy. “I went out on the road with him and we created this really special show,” Jonze says. “Our goal was: Can we make a festival show intimate?”

To that end, Jonze built a small stage out in the middle of the audience and put a giant LED screen on the main stage. “Me and another camera man would have all these cameras right on the foot of the stage, and we would just make this sort of homemade film as Frank would perform the songs right in front of us. Oftentimes I’d be a couple of feet away from him, just right with him, walking in and tracking along handheld. And he’d perform this handmade, very intimate set and we’d make this handmade, very intimate film that the audience could be watching us make and him sing, watching us filming it and watching the film itself.”

In 2019, he directed and shot the Netflix special Aziz Ansari: Right Now, working closely with the comedian on his material and accompanying him to shows and meeting the next day to talk about them. “I’d watch him take these notes and suddenly churn back out a new version,” Jonze says, “and then suddenly it was in the language of stand-up, hitting those ideas, hitting those beats and turning them into jokes. It was just a really amazing process.” 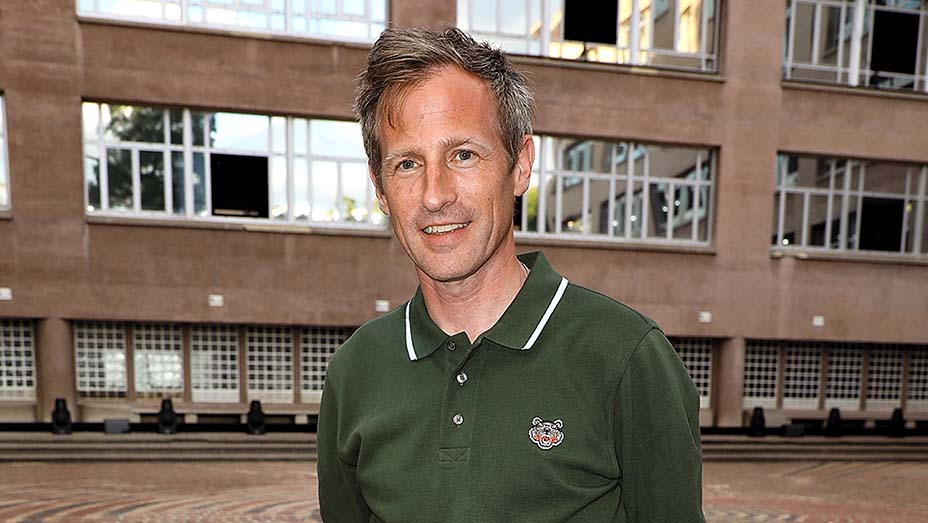 And now there’s Beastie Boys Story, which reunites Jonze with some of the people and music that inspired him at the start of his career. But even that project took Jonze in a new direction, with yet another format he’d never tackled: a live stage show/documentary with clips and props (and sketches that didn’t make it into the final cut). “I just never want to do something that I’ve already done or never want to do something that I know how to do,” he says. “Part of what makes it exciting is that I don’t know how to do it.”

Plus, he got to hang out with his pals Ad-Rock, Mike D and, very much in spirit, MCA. They told stories and cracked jokes, just like the old days.

“They are so natural onstage together, and they have such amazing rapport,” Jonze says. “Adam and Mike, just hanging out with them in a car, at a restaurant or wherever — it’s just funny, the way they sort of bounce off each other. Mike, he just has the most abstract out-of-nowhere thoughts, and Adam makes fun of him for it in this curmudgeonly Oscar Madison kind of way. Mike thinks it’s hilarious when he gets made fun of. He laughs and says something else even crazier, and then Adam makes fun of that. … It’s consistently hilarious. So the idea of having them tell their story onstage, it felt really exciting and right.”

But Jonze holds his own in the trash-talking department and has something to add about the Beastie Boys: “The only other thing I should say is how hot Adam Horovitz is. I felt like it would be really inappropriate for me to end this interview without saying that.”