Spike Lee finally took home the best director prize for his work on BlacKkKlansman — at AARP’s Movies for Grownups Awards on Monday.

In his speech, Lee, who recently received his first best director Oscar nomination for his latest film, shouted out presenter Kareem Abdul-Jabbar, composer Terence Blanchard, producer Jordan Peele, Focus Features and the pic’s inspiration, Ron Stallworth, as “the reason why this thing happened.”

“I’ve got to thank Jordan Peele, who called me out of nowhere and gave me the greatest, in the history of American cinema, the greatest six-word pitch ever delivered on a phone call: ‘Black man infiltrates Ku Klux Klan.’ Didn’t Dave Chappelle do that already?” Lee told the Beverly Wilshire crowd. “And my final statement: This film is on the right side of history. Thank you.”

Lee was nominated for the Golden Globe for best director this year before receiving the best director Oscar nod, along with nominations for best picture and adapted screenplay.

During the AARP ceremony, hosted by Martin Short, Green Book also won big by taking home the prizes for best film and actor for Viggo Mortensen, despite several controversies in past month, including a resurfaced racist tweet from script writer Nick Vallelonga. 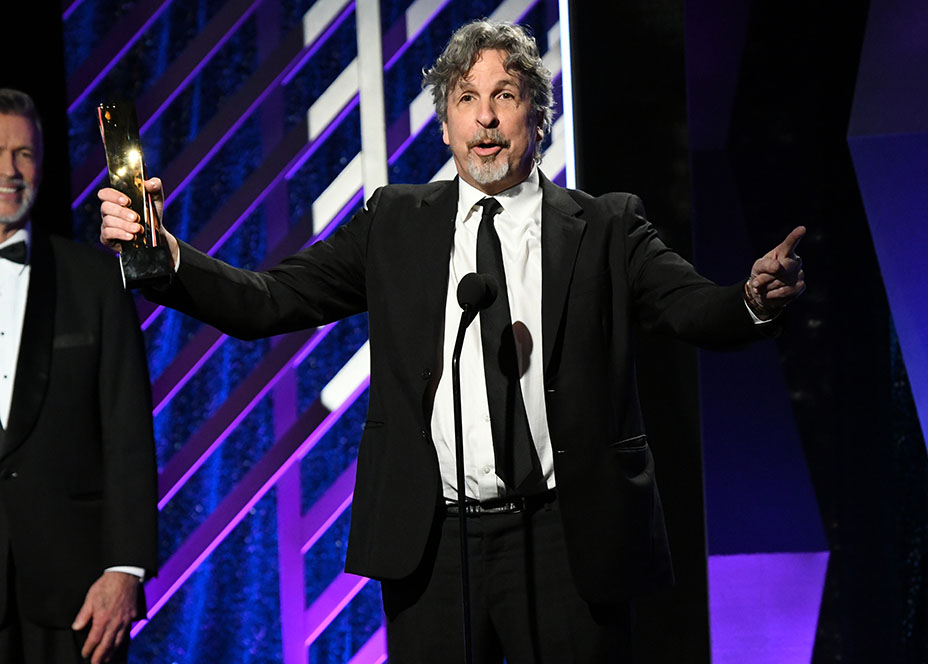 Director Peter Farrelly accepted the best film honor and said, “I want to thank Don Shirley and Tony Vallelonga for this and for anybody who opens their heart to people who are completely different than them. That’s the only way this world’s going to have peace.” (The family of the real-life inspiration for Green Book‘s character, Shirley, have previously shared their disapproval of the film).

Mahershala Ali (who played Shirley) presented co-star Mortensen (who portrayed Vallelonga) with the best actor prize, saying, “Working with Viggo was one of the creatively enlightening experiences of my career” and calling him “one of the most extraordinary actors of our time.” Ali explained that he met Mortensen two years ago at an awards lunch: “We immediately connected and talked for about a half hour. … As fate would have it, Peter Farrelly intervened and we got our wish” to work together.

Mortensen returned the love in his speech. “You could not ask for a better acting partner,” he said of Ali. “I would like to dedicate this honor to Donald Walbridge Shirley and Frank Anthony Vallelonga and for anyone who stands up against discrimination, defamation of character and injustice of any kind,” added Mortensen. 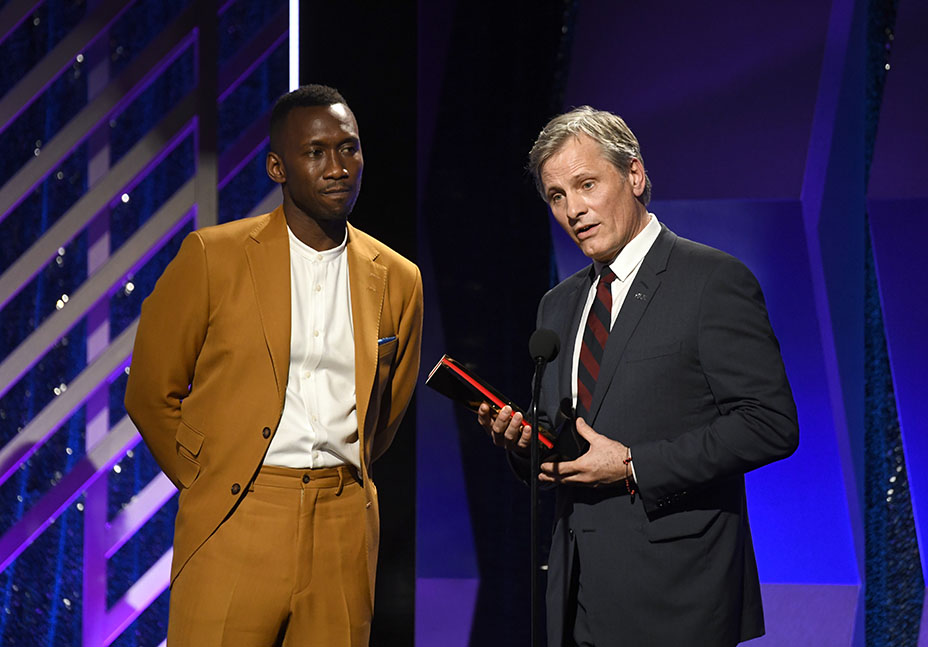 Lee’s cast and crew weren’t short on praise, either. Actor Topher Grace told The Hollywood Reporter, “No one is more in touch than Spike. He’s really got something to say.” Grace added that he had “an amazing experience” watching Do the Right Thing in a 10th grade history class: “It blew my mind wide open.”

When working with Lee on BlacKkKlansman, Grace said he got calls from the director once a day and rehearsed in Lee’s classroom at NYU. “I really believe it’s embarrassing that he hasn’t been nominated before; I’ve never really rooted for someone the way I’m rooting for Spike,” Grace told THR of Lee’s Oscar nomination. “No one deserves it more. I know that.”

Likewise, Blanchard, the Oscar-nominated composer of BlacKkKlansman, told THR that with Lee, “it’s always been a search for the truth in terms of how you tell stories. Since I’ve been working with him, whenever I’m in a meeting with him, that’s what they talk about. No ego. It’s not about us as individuals — it’s about the final product.”

AARP further honored Glenn Close for best actress; Richard E. Grant for best supporting actor (who joked he was glad Ali wasn’t old enough to qualify); Judi Dench for best supporting actress; Roma for best foreign language film; Won’t You Be My Neighbor? for best documentary; Bohemian Rhapsody for best ensemble; Mary Poppins Returns for best intergenerational film; If Beale Street Could Talk for best time capsule; What They Had for best love story; and Can You Ever Forgive Me? for best adapted screenplay.

Shirley MacLaine was honored by Kathy Bates (after several takes and flubs that she attributed to cold medicine) with the group’s career achievement award.

“We all have much to contribute across our lifespans. We have these great intergenerational communities, and it’s a validation that there isn’t a given age when one stops being productive and contributing,” Lisa Marsh Ryerson, president of the AARP Foundation, which helps with poverty and loneliness for the elderly, said to THR.

Guests noshed on steak, green beans, scalloped potatoes and a burrata and tomato salad ahead of the awards show, while Grant snapped selfies with Frances Fisher on the red carpet and inside the venue with Close and MacLaine.

The AARP Movies for Grownups ceremony is set to air Feb. 15 on PBS’ Great Performances. 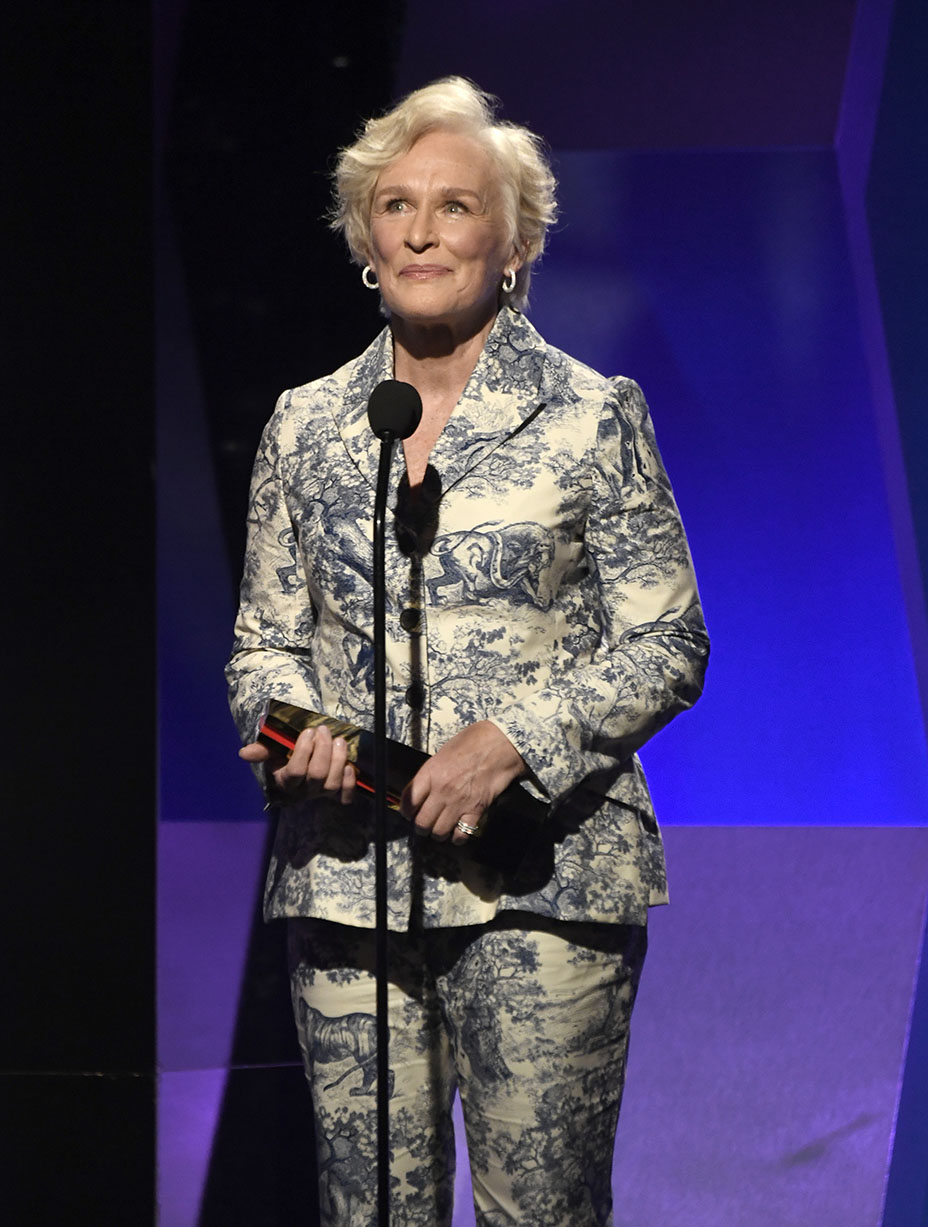 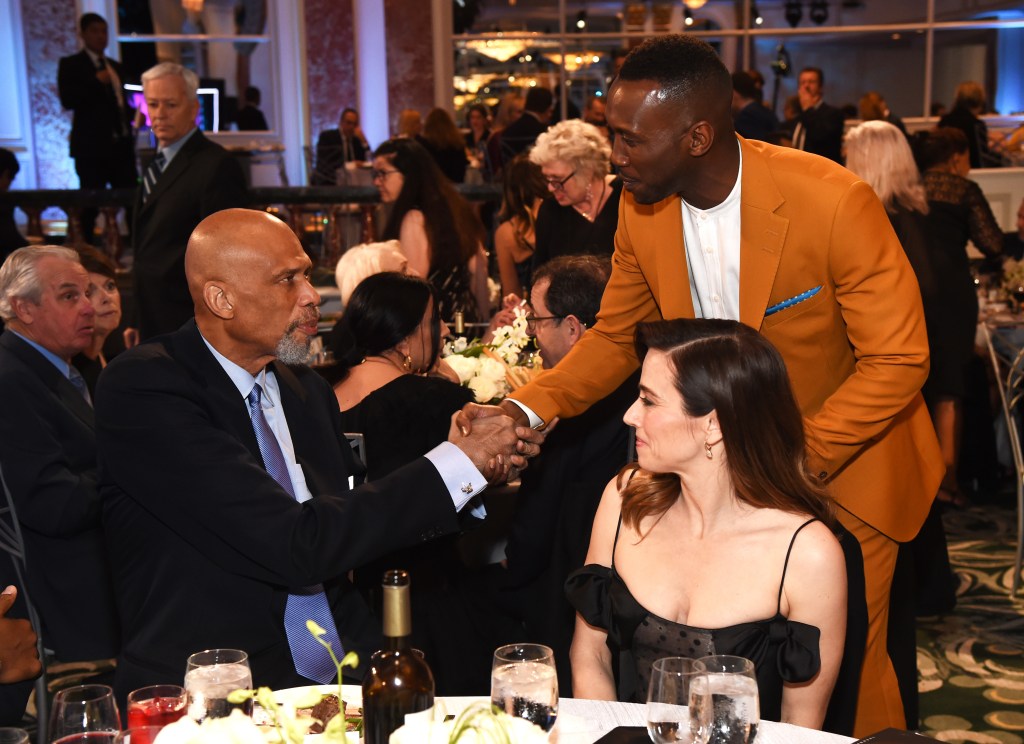 'Green Book' and 'Can You Ever Forgive Me?' Win Big at AARP's Movies for Grownups Awards