If there’s a clear takeaway from the latest multi-network Stand Up to Cancer broadcast, 10 years after its debut, it’s that celebrities and everyday people alike continue to have a very personal stake in battling the deadly disease in all its forms.

“I couldn’t help my husband, when he was sick; I couldn’t help my sister,” said broadcast journalist Katie Couric, one of the earliest proponents of the organization due to the cancer-driven deaths of her husband Jay Monahan in 1998 and her sister Emily Couric in 2001. “I desperately wanted to. But at least I can help other families and spare them, I hope, the pain that my family endured.”

On her way into the event on the red carpet — its biannual event held this year at Santa Monica’s Barker Hanger — Couric took in the impressive scale Stand Up to Cancer, a division of the philanthropic Entertainment Industry Foundation, had achieved in a decade.

“It’s pretty moving to see this, honestly,” she told The Hollywood Reporter. “To witness it and to know that 10 years after this organization started, the impact we’ve had, the lives that we’ve touched, the scientists we’ve supported, the celebrities who’ve come out year after year — and the fact that we’ve been able to make real progress. We’ve contributed to five new FDA approved drugs. I think we’ve given a lot of people hope.”

“Every day there are committed scientists working in the lab, coming up with better treatments that make people think that they can manage their cancer, even beat it,” she added. “It’s hard to have anything quite as gratifying as that.”

Other stars like David Spade and Jillian Michaels manned the live phone banks during sets by musical artists Little Big Town, cancer survivor Charlie Wilson and Stevie Wonder, who dedicated his performance to his late friend Aretha Franklin, who succumbed to pancreatic cancer in August. The one-hour event was broadcast live by dozens of the most prominent broadcast, cable and premium networks across the United States and Canada. 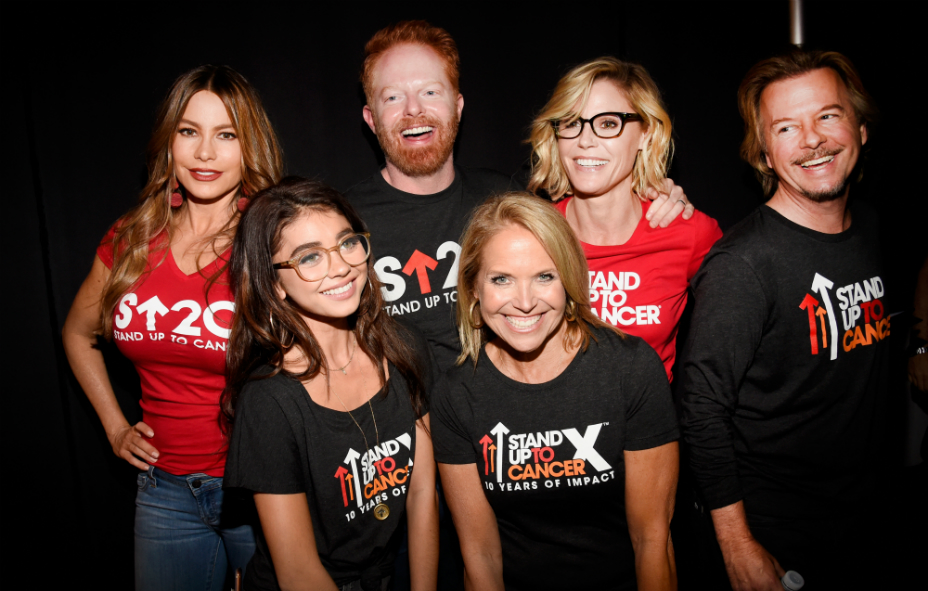 The event also included a major social media component with its first-ever digital live show, featuring a blend of traditional media stars like Max Greenfield, Candice Patton and Brenda Song and prominent YouTube and other digital personalities and influencers.

“I think we want to get young people much more involved in this,” Couric said. “Because young people are diagnosed sadly with cancer, too — it’s not just an old person’s disease … We want everyone in the fight, and not just a certain demographic. So this is our effort to embrace a younger generation.”

Entertainment journalist Maria Menounos attended with her mother Litsa, who continues battling brain cancer, while just a year ago Maria had a begin brain tumor removed. The family is still emerging from and coping with the traumatic period in their lives.

“You’re never really on the other side it — we’re on maybe the other side of, like, pure terror and pure fear: now it’s not as horrific every day,” said Menounos, noting that Litsa’s treatment is progressing positively. “She had her MRI yesterday. She’s down to having them every two months, and there’s like a little anxiety that’s still in you, because glioblastoma really doesn’t come any worse, and it’s a very aggressive brain cancer, and so, in the blink of an eye something can change. So we’re never really on the other side of it.”

By taking their own cancer battles pubic, the mother-daughter duo hopes to provide support and inspiration to others in similar situations. “You can have miracles,” Menounos said. “Ever since my surgery, for the last at least 13 months, I’ve been coaching people through brain surgery and helping them in their terrified, desperate moments, giving them ideas for alternative treatments, like we’ve done … Reminding people that they’re not statistics, that we’re so much more than that, and that everything is very individual. What works for you may not work for you, but it may work for me.”

Star Trek Discovery star Sonequa Martin-Green made sure to appear in support of her mother. “She’s a three-time survivor, so anything that I can do, it honors her and I feel that I’m giving back as much as I can, because when she was battling, first I was a child, then I was a young adult, and I look back on it and I wish I had been more present. I really do. I was there, but I wish I could have been there even more. So now it’s for my mom.”

Martin-Green says she dreams of the day when modern science can finally eradicate cancer, in the way that it has by the time of her 24th Century-set sci-fi series. “We got rid of it, and If we can get the secrets from Star Trek, we’ll be great.”

Former CSI actress Marg Helgenberger, whose mother survived breast cancer and sister survived ovarian cancer, has made a point to stay involved with Stand Up to Cancer since its inception, “getting on the phone with people from all over the country,” she said. “They all want to share their story, which is usually a family member that’s been diagnosed, and they’re frightened. It’s nice to have that moment with them and share each other’s stories and say, ‘You’ll get through this. We’ll get through this together.’”

Alison Sweeney also been fielding donation calls during the broadcasts since its early days. “They’re everything from people who want to share their story, talk about what they’ve been through or who they lost that they are donating for, to funny stories and sad stories,” she said. “You find yourself laughing and crying …You get personal hero stories, about why they’re giving 10 dollars, 50 dollars, a hundred, whatever it is, and how they feel that made a difference for someone they loved.”

For her part, Couric envisions a future in which no one has to share their cancer tales, tragic or triumphant. “Honestly I hear stories every day,” she says. “I hear stories from people who reach out to me on Instagram and on Twitter, through social media. And they all have a story to tell. They all have a fight they’re in and a challenge they’re facing. As much as I appreciate them looking to me for hope and guidance, I’m really looking forward to day when I don’t get those messages, and that people are able to be treated and hopefully one day cured.” 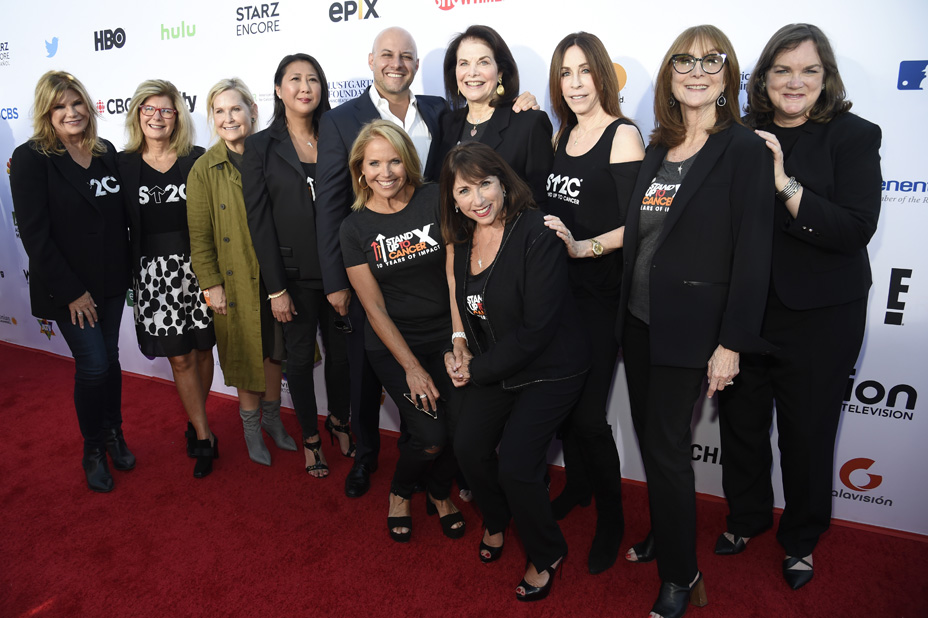