L.A. is excited to have Daniel Humm in the house.

The chef and co-owner of New York’s Eleven Madison Park — which has garnered three Michelin stars, four stars from the New York Times, six James Beard Foundation Awards, and a top spot on San Pellegrino’s World’s 50 Best Restaurants list — and restaurateur Will Guidara will open The NoMad Hotel and restaurant in the burgeoning Financial District downtown in early 2018. This will be their first project outside of New York City.

“We don’t want to make a carbon copy of NoMad New York,” Humm says. “We’ve been [in Los Angeles] for a year with the NoMad food truck getting to really know the city, the neighborhoods, the people, our farmers. It’s very much for L.A.”

The NoMad Hotel, located at the bustling corner of Seventh and Olive streets in Downtown, will feature 241 rooms and several eating and drinking options, including an all-day Italian-inspired cafe; a formal dining room; and a lounge around the rooftop pool. The Gianni Place building was built in 1923 to house the Bank of Italy, and features tall Doric columns, soaring and ornate ceilings, and marble floors. A lot of the original decor has been retained for the project, Humm says. Even the old bank vault finds reuse as a hallway.

“We used the same architect, Jacques Garcia. But in New York, it was in a French building, so we went a little more French,” Humm says. “Here, it was an Italian building, and you can really see those details, so we’re leaning a little Italian.”

On the ground floor, the all-day cafe will serve breakfast through dinner, with light wine-bar fare in the later hours. The mezzanine will be a more formal setting for menus that feature signature NoMad dishes along with new items that fit the seasons and tastes of L.A. There are several private rooms throughout the space, and the rooftop with its own kitchen and food and drink menus, which will open a few months after the rest.

Humm moved an entire team to L.A. to oversee the restaurant operations, including executive chef Chris Flint, who has worked for Make It Nice for almost 10 years. “When I was 24 [years old] just getting started in Switzerland, someone told me I should go to America and look up Spago,” Humm said. “Wolfgang [Puck] was part of the reason I came here. He is as humble and kind as any chef could be, and he was so supportive to me as a young chef. He helped pave the way for so many in the country, and Spago changed dining in America. No restaurant today could have that same impact.” 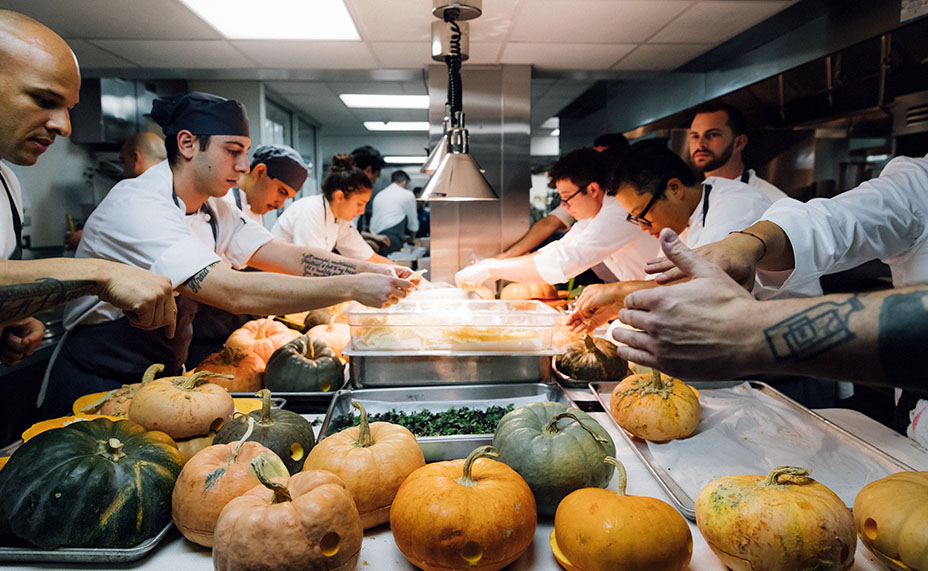