While the game has received mostly positive reviews from critics, it has come under fire from many fans for its controversial loot boxes and in-game currency system which blocks players from acquiring certain assets in the game, such as well known playable characters like Darth Vader, without grinding for hours of gameplay or purchasing Star Cards (the in-game currency) with real-world dollars. While the game’s single-player story is an advancement from 2015’s game, the inclusion of loot boxes, which some gamers label a form of gambling, have soured a portion of gamers on the title.

Despite the bumpy rollout, there’s one thing the critics largely agree on: the character at the heart of the narrative is an intriguing new addition to the Star Wars mythos. Iden Versio, commander of the Empire’s special forces unit the Inferno Squad, is played by True Blood alum Janina Gavankar.

“Iden is a literal poster child for the Empire,” Gavankar told Heat Vision during a recent phone conversation. “Her father is an admiral, her mother is a propaganda artist, so she made some of those beautiful Empire posters that maybe you’ve seen before and she painted her daughter Iden into them. She’s a literal poster child. That is part of her spinal column. It’s in her DNA.”

For Gavankar, a self-confessed Star Wars junkie, landing the role was a dream come true. “I’m literally washing a Stormtrooper mug right now that I’ve had since before I was part of this project,” the actress said. “So, as you could imagine I am thrilled.”

The new game’s cinematic look and storyline are a large part of its selling point, as is its setting in an era of Star Wars that has largely gone unexplored. The game starts just at the climactic moment of 1983’s Return of the Jedi occurs: the defeat of the emperor and the destruction of his second Death Star. For Veriso’s Inferno Squad, what seems like a routine clean-up mission on Endor is the beginning of a deep turmoil and the launching point for the game’s central story.

“Iden thinks she’s going in to clean up a mess on Endor and suddenly about a million people on her side die. It’s devastating and they don’t even have time to breathe, they just have to get off that planet,” she says. “We get to explore the notion of an Empire without an emperor.”

For her role, Gavankar did a “full-performance capture performance” which she explains was, “really just an on-camera acting gig, but you have a thousand cameras around you and you just happen to have dots all over your face that are catching all of your motions.” Performance capture technology has become so advanced in recent years that even an actor’s more subtle performances can be registered and rendered. “I mean, it looks like a movie,” Gavankar says. 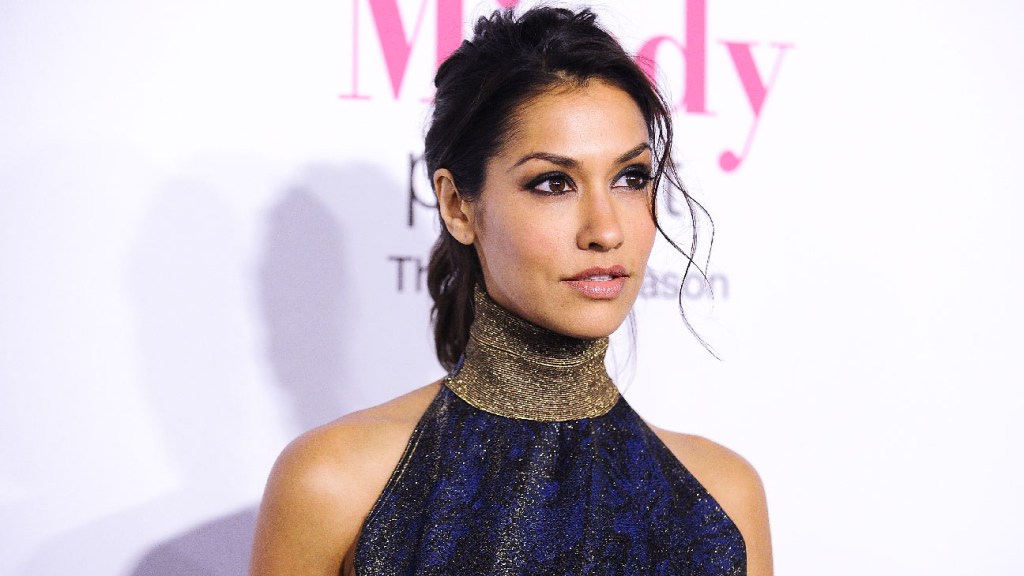 The actress, whose grandfather was a general and whose brother-in-law is a former Marine, was happy to see that small character details she aimed for in her performance made it into the final product of the game’s cinematic. “There’s a certain level of calm that comes from people in leadership positions in the military, so I wanted to add that to this performance, which is nerve-wracking, of course,” she says. “You just don’t know if the technology is going to catch it all. Some of the first impressions are talking about the subtlety of the performances and how it’s lending itself to feel so much like a movie.”

Delving into new territory in the Star Wars timeline naturally gives rise to the possibility to explore previously unseen regions in the universe, something Gavankar can’t wait for gamers to explore. “The one I’m particularly excited about is called Vardos and it’s where Iden’s from, she grew up there. It’s an imperial home planet,” she says. “It’s an example of how wonderful things would be if they were orderly and clean. It’s the way the Empire would have things be if they ruled things the way they want to.”

As for whether audiences will see Gavankar’s Iden in any future installments in the film franchise or games, the star was enthusiastic, if not a bit cagey: “That’s a great idea! That sounds like a lot of fun…”

Star Wars: Battlefront II is available now for Xbox One, PS4 and PC.