Continue to The Hollywood Reporter SKIP AD
You will be redirected back to your article in seconds
Skip to main content
January 23, 2020 9:00am
Logo text

Disney+ won’t be the only place Star Wars fans will be able to return to the Clone Wars this spring, with IDW Publishing launching a weekly comic book series, Star Wars Adventures: The Clone Wars – Battle Tales. It will run weekly though April.

The series will be a five-issue anthology similar to IDW’s Tales From Vader’s Castle and Return to Vader’s Castle minis, written by Michael Moreci with a framing sequence each issue from Derek Charm (The Unbeatable Squirrel Girl, Jughead) as the heroes from the animated series share war stories while pinned down in the middle of the conflict.

Beyond Charm’s contributions, each issue will feature a different artist, with Arianna Florean, Megan Levens, Valentina Pinto, Davide Tinto and Philip Murphy on hand to draw the five issues, respectively.

“The Clone Wars era is probably my favorite in all of Star Wars,” Moreci said in a statement from the publisher. “It has it all — big adventure, sweeping romance, Force mythology, Jedi powers, and, of course, the awesome clones. This event series is going to bring together all the best, evergreen parts of Star Wars and weave a story that longtime fans (like myself) and new, younger readers (like my own kids) will definitely love.”

Each issue of the series will feature covers by Charm — the first issue’s cover debuts exclusively below — with the first issue also seeing a variant cover by Powers co-creator Michael Avon Oeming. 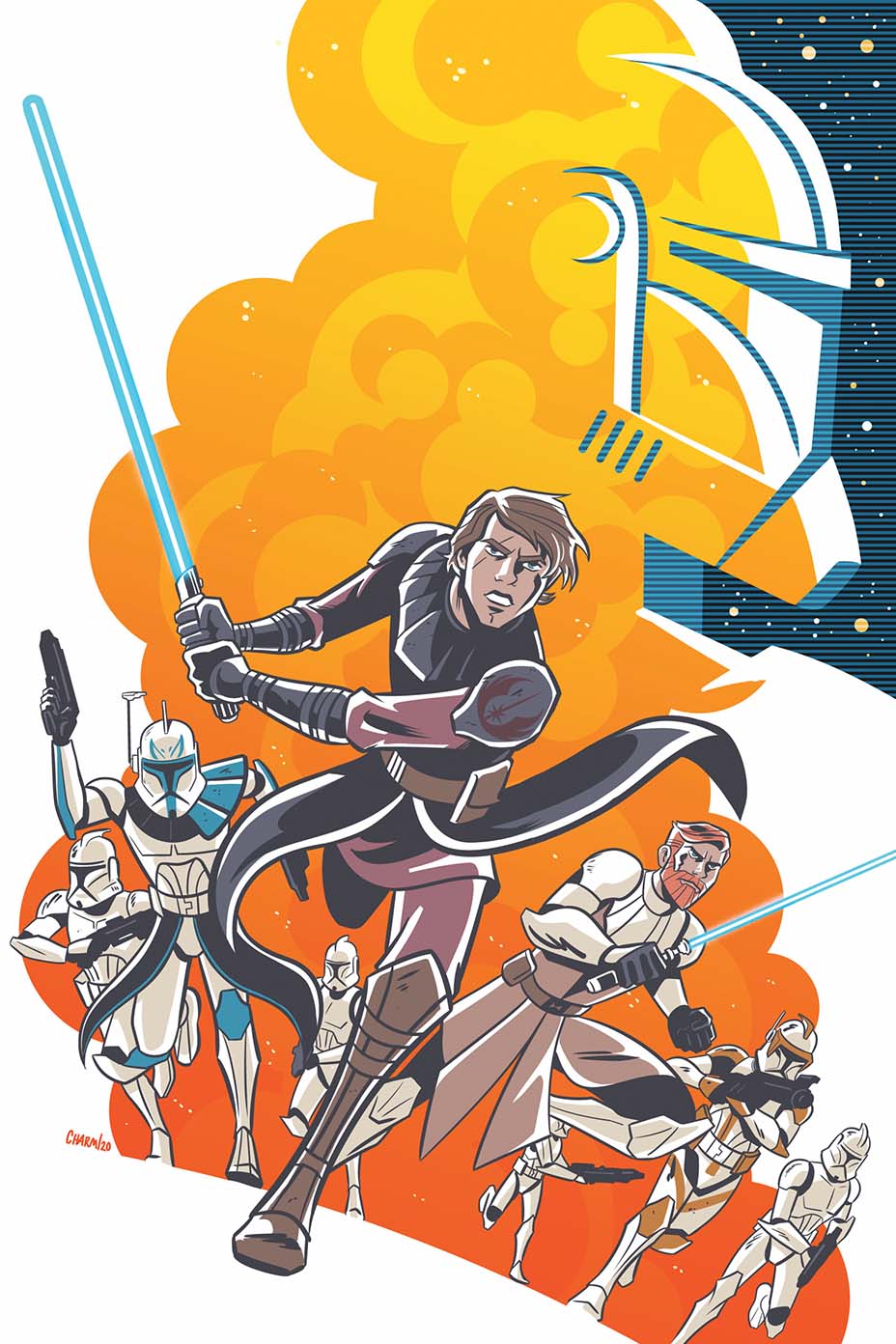