The latest trailer for Star Wars: The Last Jedi could easily be seen as one of the most impressive — not to mention expensive — commercials ever made. But while it may, on the surface, chronicle the latest chapter in the saga of the Skywalker family, the two-minute piece also serves to promote something else entirely: Ireland’s growing status in the film world.

Picking up immediately from the climactic end of The Force Awakens, the opening shots show Daisy Ridley’s Rey undertaking her all-important Jedi training on the spectacularly craggy island of Skellig Michael off Ireland’s southwest coast (other scenes were shot on the mainland in County Kerry). The trailer was viewed more than 120 million times in its first 24 hours, but come December, many more will get to marvel at the biggest film to ever land on the Emerald Isle.

While no doubt the cherry on top, Lucasfilm’s The Last Jedi is just one example of the foreign investment that has begun to pour into Ireland’s film and TV industry. Having been an early pioneer of production tax incentives, which it introduced in 1987, the country soon saw imitators spring up around the world, and other jurisdictions started to offer juicier options. But with Ireland’s tax credits upped to 32 percent in 2015 — and now covering international cast and crew working there — Hollywood studios and major producers have been taking full advantage.

And it’s not simply the financials that have lured the likes of Disney, NBCUniversal, Showtime and more. A sizable talent base of experienced crew; new, state-of-the-art studio space; and the assistance of the Irish Film Board (which helped secure vital clearances for Skellig Michael, closing it to the public for several days and even working with the navy to patrol its shores) all have been part of the equation. Then there’s Ireland’s proximity to England, with London just a one-hour flight away.

“If it was just the incentive alone, I don’t think Lucasfilm would have chosen Ireland,” says John Gleeson, a partner at accounting firm Grant Thornton, which in 2015 managed 75 percent of Ireland’s film and TV tax credit applications.

Ireland’s ability to stand in for other locations, real and imagined (in Star Wars‘ instance, the oceanic planet of Ahch-To), is a significant draw. The cobbled streets of Dublin have doubled for London numerous times, but the city also has portrayed the likes of New York, Washington, D.C. and Toronto.

“We’re using the mountains for the highlands of Scotland and Dublin for London,” says noted local producer and Four Provinces Films founder Redmond Morris, who is now working on the Blake Lively espionage thriller The Rhythm Section with James Bond producers Eon. About eight weeks of shooting — more than half of the film’s production — will take place in Ireland, even though there’s nothing about the country in the story.

Elsewhere, the same is happening for Vita and Virginia, the Virginia Woolf romance starring Gemma Arterton and Elizabeth Debicki. Locations such as Dublin’s Trinity College have stood in for the U.K. capital’s famed Bloomsbury literary district.

“There’s one day in London, but the rest of the shoot is here,” says Katie Holly of Blinder Films, the production company behind Whit Stillman’s 2016 release Love & Friendship, which was filmed almost entirely in Ireland and cobbled together as a co-production with France and the Netherlands.

Co-productions, in fact, have become something of an Irish specialty in recent years, most notably with such acclaimed titles as Fox Searchlight’s Brooklyn (a co-production among Ireland, the U.K., Canada and Belgium), the Brie Larson starrer Room (Ireland, the U.K., U.S. and Canada) and Yorgos Lanthimos’ festival hit The Lobster (Ireland, the U.K., Greece, France and the Netherlands) — all of which shot in Ireland (these films helped Irish productions nab seven Oscar nominations in 2016, the same year the country welcomed a record production spend of $296 million). The model allows projects like these to access benefits from each territory, including broadcast license fees, access to tax incentives, regional subsidiaries and the local distribution market. 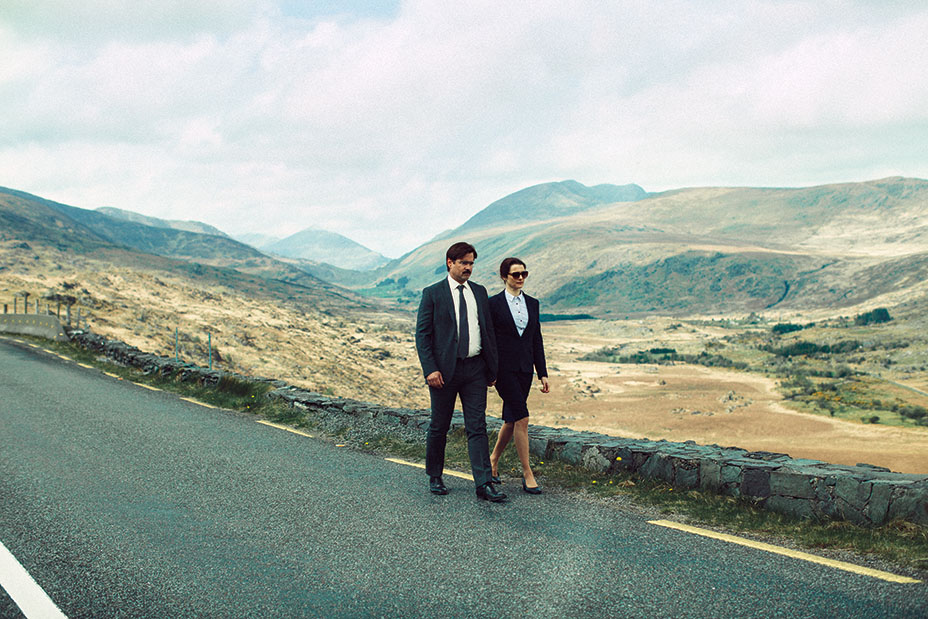 On the west coast in Limerick, a two-hour drive from the capital, a whole new chapter in Ireland’s production capabilities is unfolding. The new Troy Studios, which opened in October 2016, is Ireland’s largest production space, located at a former Dell factory with some 350,000 square feet under one roof. The studio has landed a major coup with George R.R. Martin’s new sci-fi project Nightflyers, which NBCUniversal has ordered to pilot.

Many think the area can follow the example of South Wales, where the arrival of one significant show — the BBC’s Doctor Who — was the seed from which a major TV production hub grew. And if Nightflyers goes to series, it is likely to take over Troy Studios for the foreseeable future.

In Ardmore, the cancellation of Showtime and Sky’s Penny Dreadful hasn’t quieted things down. AMC’s Into the Badlands, relocated from Louisiana after the first season, now takes over two stages. On another stage, Neil Jordan is shooting his next thriller, The Widow, starring Isabelle Huppert, Chloe Grace Moretz and Maika Monroe. Meanwhile, the BBC/PBS miniseries adaptation of Little Women recently wrapped after seven months at the facility. 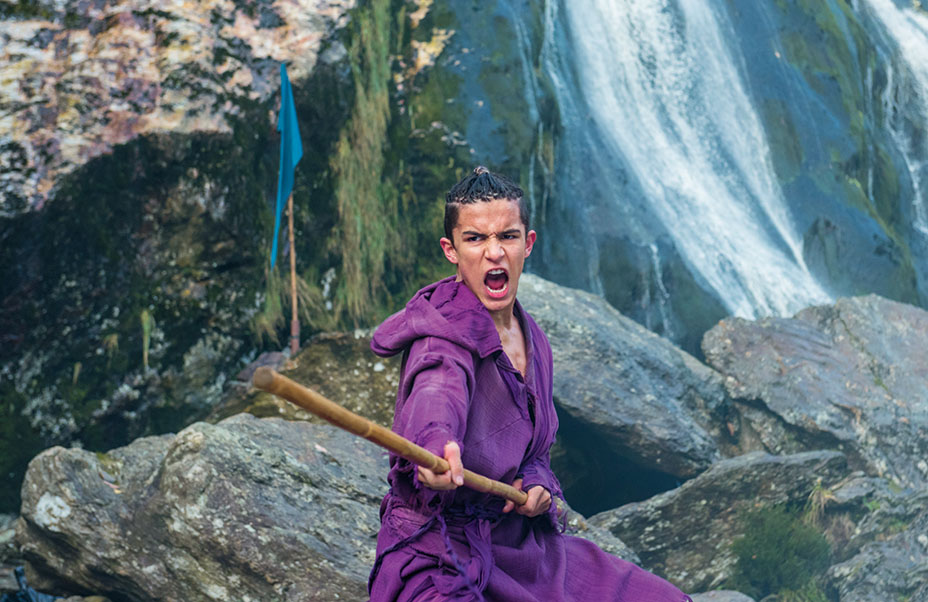 About a 20-minute drive from Dublin, Ashford Studios has been devoted to History Channel’s Vikings, which was recently commissioned for a sixth season. Longer-running shows such as Vikings — where 99 percent of the crew is Irish — have helped lay the foundation for the blossoming local production scene.

Behind the scenes, the Irish Film Board was involved at these early stages as well, supporting indigenous talents now making names for themselves on the world stage. “The IFB invested small amounts of money in these shows, effectively buying the rights for Irish directors to direct them,” says Ed Guiney, the head of Element Pictures and the producer of Room and The Lobster. “That was a very clever policy, and it really did help.” 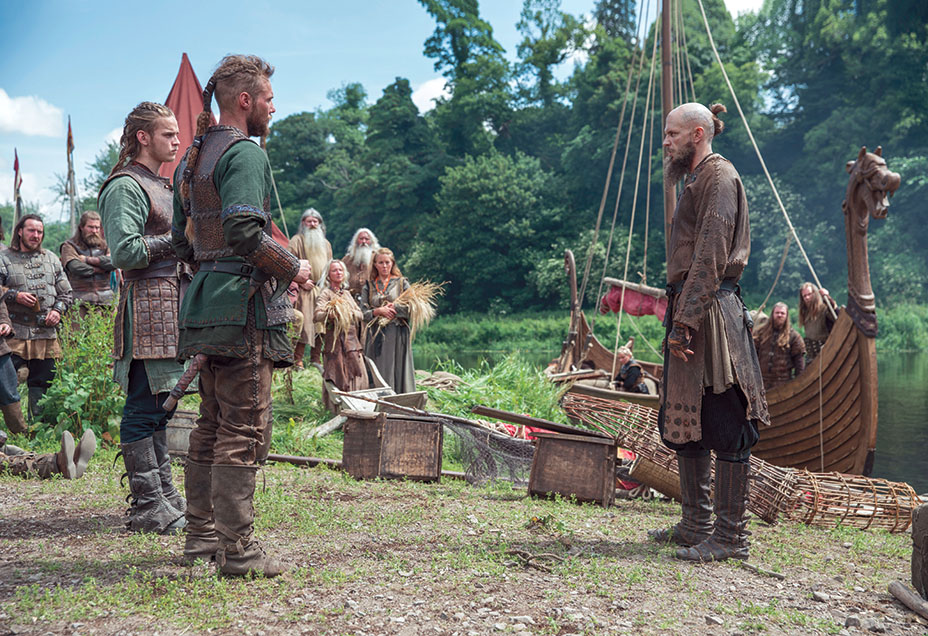 One of the newest faces to emerge is Peter Foott, whose 2016 feature debut, The Young Offenders, became the fastest-ever Irish production to break 1 million euros ($1.2 million) at the local box office and was the biggest Irish hit of the year. The film, which tells the story of two hapless teens on the hunt for a missing bale of cocaine, was picked up by Netflix, with the BBC now making a six-part TV adaptation. The Young Offenders also was supported by the IFB, much like the first works from arguably the two hottest Irish directors around right now, Brooklyn‘s John Crowley and Room‘s Lenny Abrahamson.

“We backed Crowley’s first feature, Intermission, in 2003 and did Lenny’s first short and first feature, Adam & Paul, in 2004,” says IFB deputy chief executive Teresa McGrane, who adds that Irish film has been having “its moment” the past few years. “We’ve really seen an affirmation of what we’ve been doing.”

Star Wars: The Last Jedi may help showcase the country around the world, but for Guiney, who is producing Abrahamson’s next feature, The Little Stranger, the growing local scene that is gaining a global audience is the “real prize” of it all. “It turns out we’re pretty good at making content that does well internationally,” he says.