Marrakech and Hollywood have had a long love affair, as both a film location and a destination for kicking back like a king. It has also become the go-to place for throwing a party, with everyone from Madonna, Dianna Agron, Katy Perry and David Beckham choosing the Red City as the site for their over-the-top celebrations.

“We have been getting more and more inquiries from people in the public eye about hosting special events here than ever before,” says Rosena Charmoy, owner of Boutique Souk, the premier event planning company in the city. “There are so many wonderful hotels, private palaces and riads which offer the discretion required for the Hollywood clientele.” So whether one is celebrating a milestone birthday or wanting to be pampered like a prince, here is where to go to get a taste of the A-list life. 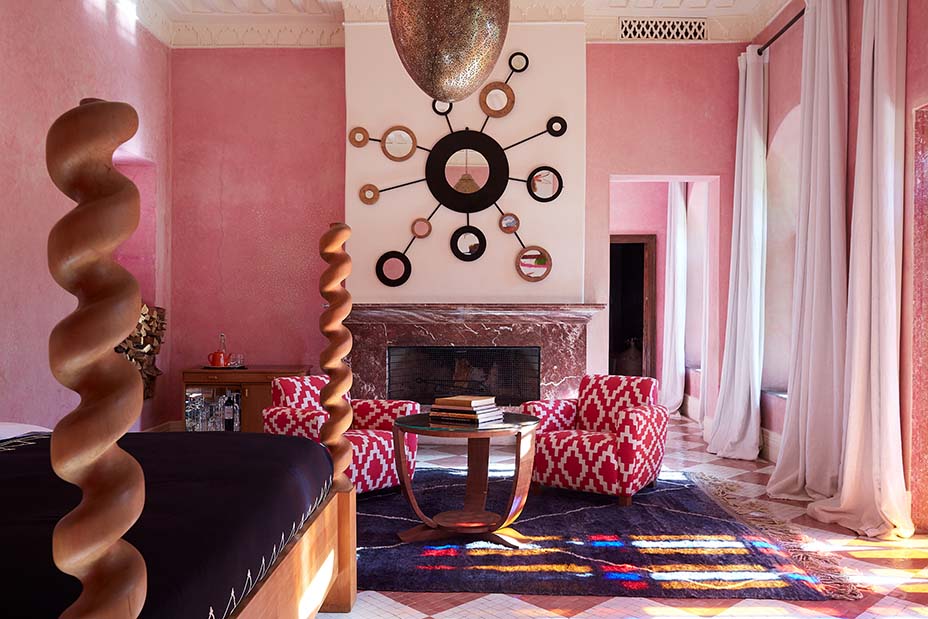 When Madonna turned 60 last year, she chose this glam renovated riad located right outside the bustling Medina for her epic bash. Owned by Vanessa Branson (sister of Richard), this 28-room property also features multiple tree-filled courtyards and a gorgeous roof terrace. Made up of several different buildings combined into one luxurious escape, each colorful room is individually decorated with Instagram-worthy vintage furnishings. Gwyneth Paltrow and Gwen Stefani have stayed here and indulged at the restaurant, which is also one of the best in the city. The shop is worth a browse for its expertly curated assortment of Moroccan-made clothing and décor. 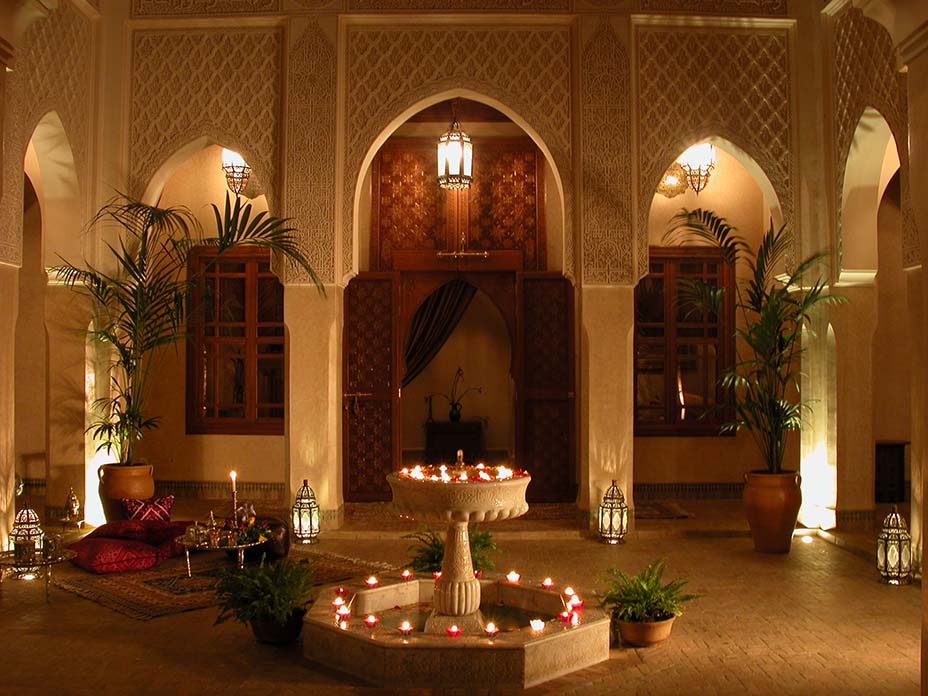 Hidden down an alleyway in one of the older parts of the Medina lies Riad Kniza, a more traditional property that dates all the way back to the 18th century. Restored by Haj Mohamed Bouskri, one of the most renowned antique dealers, the intimate hotel has played host to everyone from Goldie Hawn and Kurt Russell to Will Smith. Other famous guests are commemorated on a picture wall that you’ll pass en route to a serene room richly decorated in authentic Moorish decor. Brad Pitt also visited for dinner at the restaurant, where he enjoyed a lavish 7-course feast of Moroccan specialties.

One can’t mention Marrakech and Hollywood without the name La Mamounia. The former palace of the Crown Prince of Morocco has been visited by countless VIPs dating all the way back to one of its most famous guests, Winston Churchill, in the 1940s (the cocktail bar is named after him). Since then everyone from Sarah Jessica Parker (while she was filming Sex and the City 2), to Orlando Bloom, Kate Winslet and Tom Cruise have stayed in the Jacques Garcia-designed rooms. With four restaurants, a sumptuous subterranean spa and endless gardens to wander, it’s the perfect place to hide out. 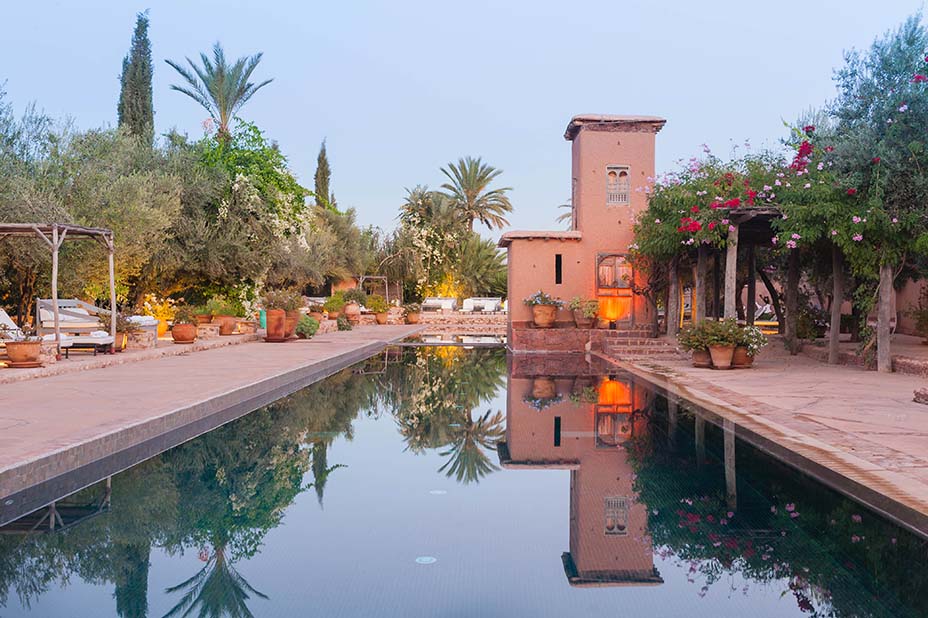 When Dianna Agron married Mumford & Sons banjoist Winston Marshall, they chose the Beldi Country Club as the base for their three-day celebration. Located just ten minutes outside of the city, it’s an oasis from the frenetic pace of the Medina and a true escape for those craving privacy. British model Poppy Delevingne also tied the knot at the 15-acre property, known for its romantically-inclined rooms featuring four-poster beds and its winding pathways planted with endless rose bushes. Three restaurants, two pools and a spa that offers an abundance of rose petal treatments complete the serene and sophisticated experience.

This Marrakech institution set in the high-end Hivernage area offers both traditional Moroccan cuisine and more international fare. Part restaurant, part club, the two-level villa was the setting for Rita Ora’s birthday party. Will Smith, Nicole Kidman and Susan Sarandon have also visited this hotspot during the Marrakech Film Festival.

Another Marrakech must, this classic restaurant is a favorite of stars during the Marrakech Film Festival. From the intimate rooms to the sprawling top floor roof terrace (where Bill Murray has sipped green tea), A-listers have been dining around its swimming pool since the 1960s. Recently redecorated, it remains one of the best tables in town with the palace-style décor creating a magical setting for a full-fledged Moroccan feast. 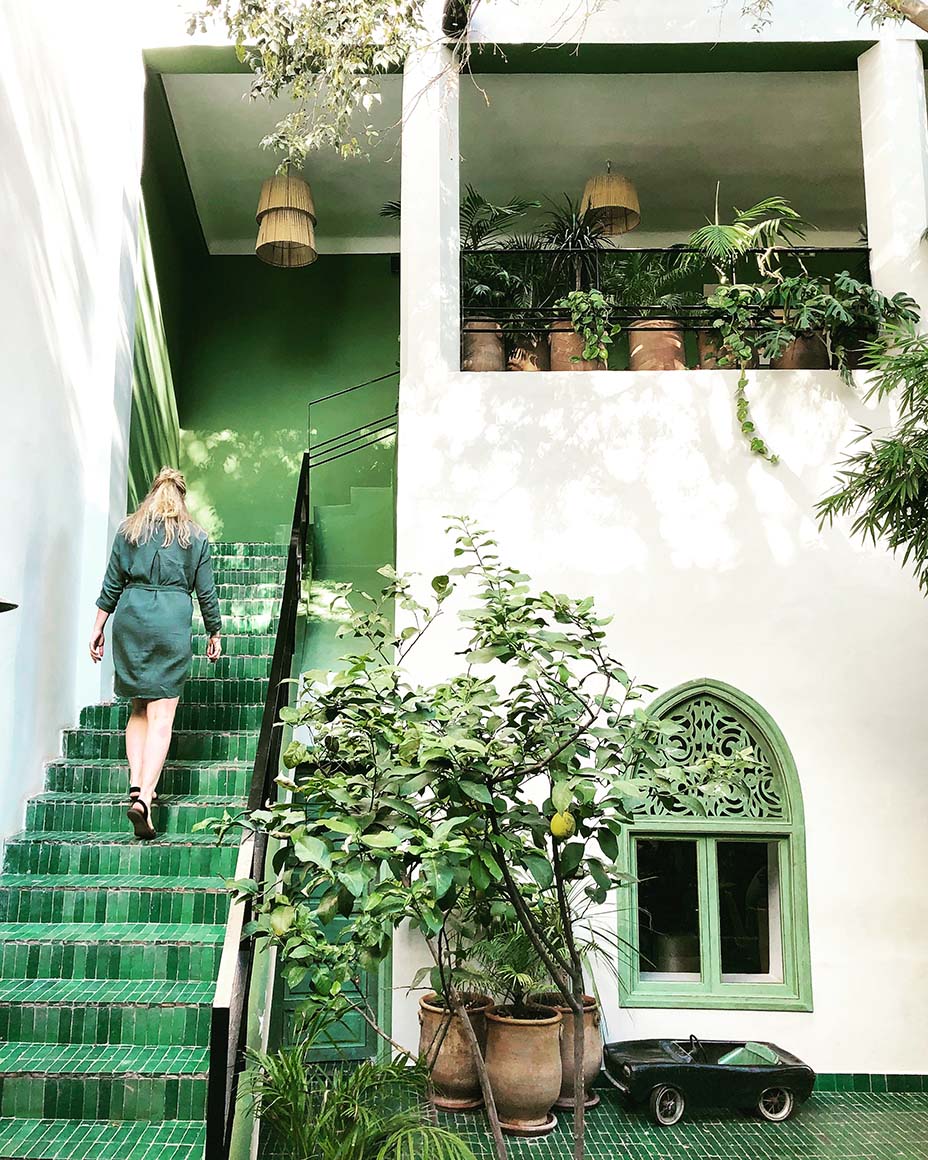 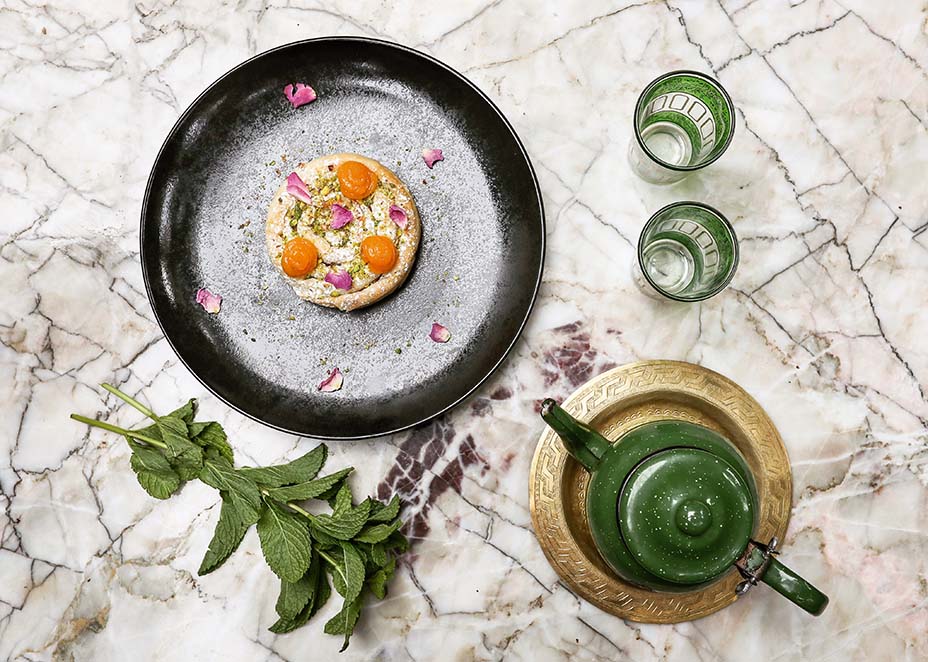 Enter through a hidden door and you’ll be welcomed into the lush oasis of Le Jardin, one of the city’s most in-demand restaurants. Decorated in bright shades of green throughout, the open-air terraces are the perfect place to take a break from the souks and enjoy fresh Moroccan salads or a chicken and pear tagine. It is also home to designer and Hollywood favorite Norma Ayron’s acclaimed shop. Juliette Binoche, Sandra Oh and Sharon Stone are fans of her re-imagined robe-like tunics, as is actor/rapper Yasiin Bey (a.k.a. Mos Def). 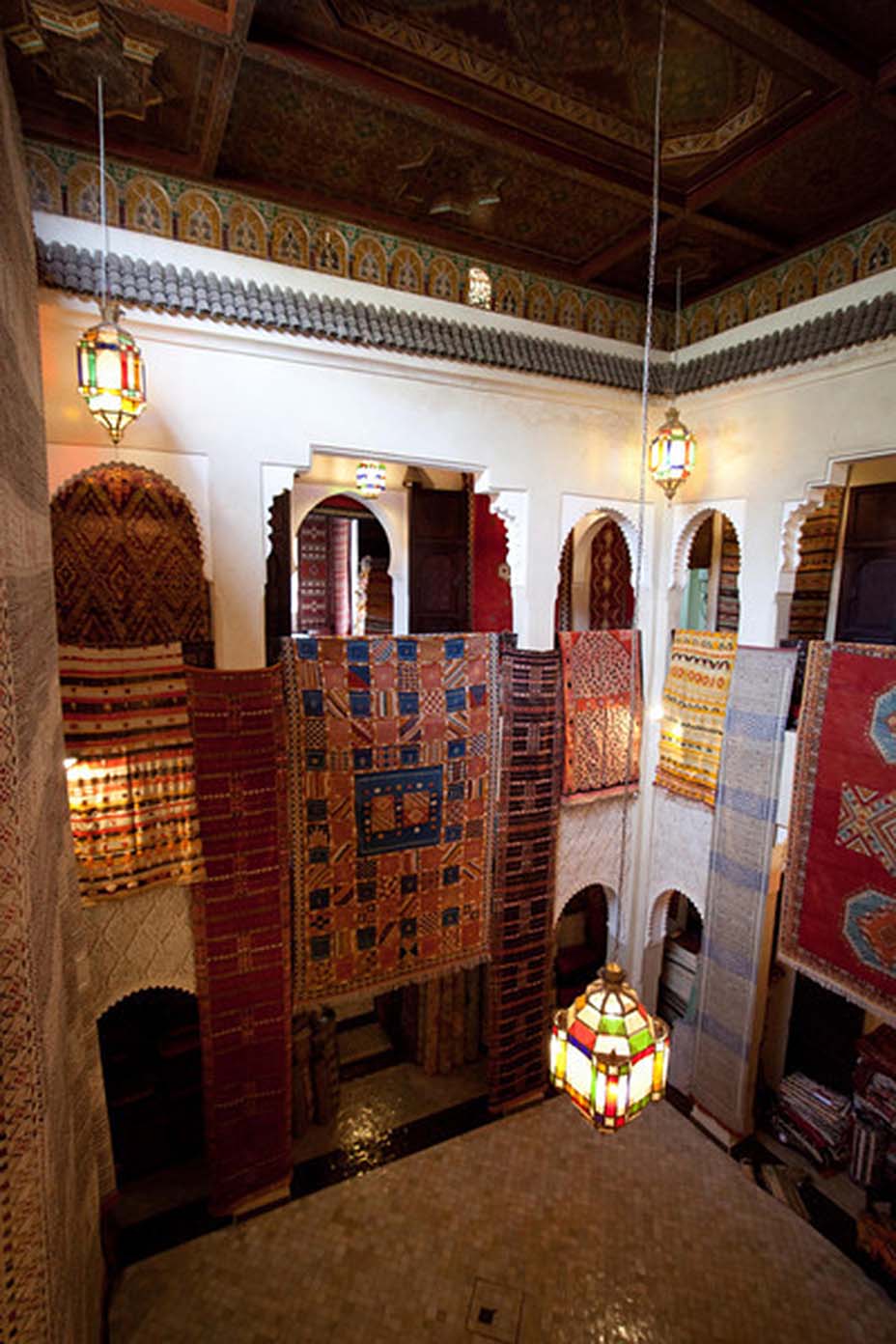 There are endless options for rug shopping, but Marrakech insiders and interior designers can be found at this spacious carpet cavern located inside the Medina. The welcoming shop is packed floor to ceiling with a seemingly endless array of rugs, textiles and pillows. Emily Ratajkowski shopped here (and snapped one of her famous Instagram photos) when on vacation in the city with husband Sebastian Bear-McClard. Grab a seat, have a mint tea and expect to spend a few hours browsing everything from vintage Berbers to more modern Kilims.