Starsky and Hutch star Paul Michael Glaser is stepping out as an artist and will unveil his first-ever U.S. solo exhibition at Cosmo Lofts in Hollywood on April 24. The show, presented in partnership with the Dept. of GOOD and featuring both paintings and digitally-produced pieces, is titled “Act 111” because, as Glaser tells The Hollywood Reporter, being an artist marks the third installment of his decades-long career — first with acting, then writing and directing. He covered a bit of each in a phone interview with THR as well as other subjects including how he really feels about Amazon’s Starsky and Hutch reboot.

First of all, congratulations on your first solo show. I’m told that you’re a pretty private person and you never intended to introduce your work to the public. What happened?

What happened was that some years ago, I had written a second book, and while I was working on it, I struggled with the illustrations because it was about three birds. My daughter suggested that I should illustrate it myself. I told her I would try, and around the same time, I was about to go to the U.K. for a tour of Fiddler on the Roof. I took my sketch pad and my iPad with me, and started sketching some ideas. By the time I had finished the tour, I had accumulated about 29 illustrations. I kept at it and I also started to get really into painting. I got fascinated by Photoshop and how you could use the pencil stroke and add electronic color. I kept working and working and working at it, and then suddenly, I had a bunch of work. … Fast forward to, a friend of mine was doing a fundraiser in Toronto and asked me if I would mind putting some of my art up. I said sure, and I brought it up there and said, “OK, we’ll see what happens.” It’s a dangerous slippery slope when you’re known for one thing and you go to do something else. People have a tendency not to let you out of the cubby hole. To me, it’s all the same; it’s all storytelling. I try in my paintings and drawings to capture and pose a narrative with, maybe, an unresolved question. Much of the time, I try to do it with a fair amount of wit and whimsy. So that’s how it happened. 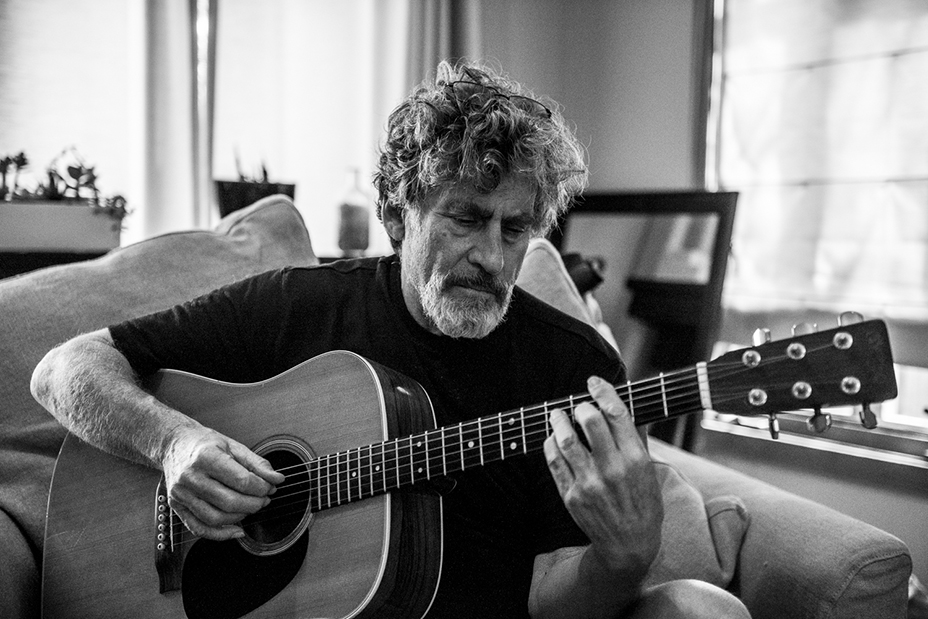 How many pieces are in the show?

Do you work out of your home?

Yes, I live Playa vista and I work in my apartment. I have a desk here, and I have my all art around me. It’s a very comfortable space, and I have my dog here too. Bear. He’s a Belgian Shepherd.

How did you come up with the title “Act III”?

A friend of mine suggested it, and the more I thought of it, I realized it was apt description of what this is. This is the third act of my life and I’m lucky to be learning new things and studying new things. I find storytelling to be one of the most sacred things we can do in our lives by passing information from generation to generation. So I look at it that way. I pose a question or make an observation. I have different styles, and though people tell me that I have to settle on one or two styles, I can’t. For me, the “style” of a piece comes from the nature of the piece and the image and what it wants to be. It’s very abstract (sometimes). The work, by nature, is a meditative experience. 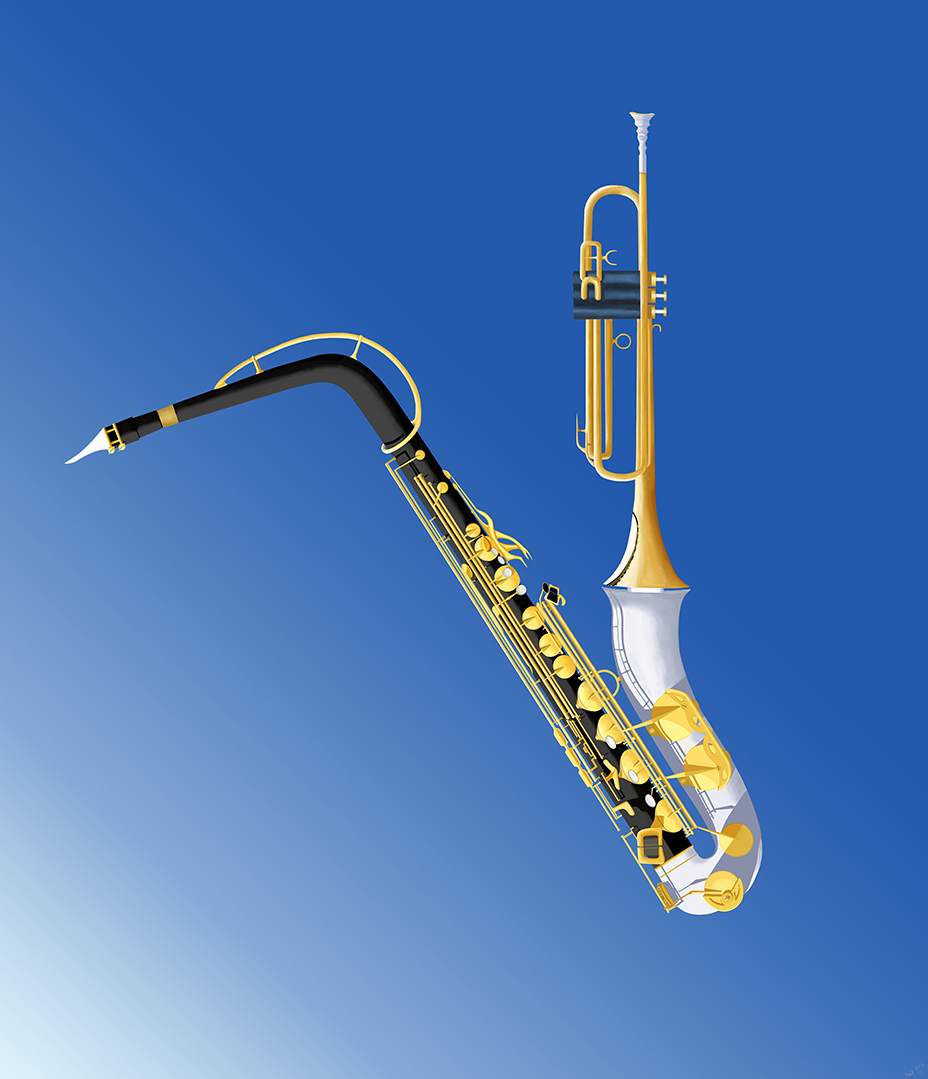 How does it feel to put yourself out there as an artist now? Is it scary? Is it thrilling to tackle this third phase of your life?

It’s both. Anytime you put yourself out there, it can be both. The reason we tell our stories is because we want to communicate. It reaffirms that we exist. There’s always that part of us that wants to communicate and there’s a part that is afraid it won’t happen. I have never done this before. It’s a very personal medium. You’re not acting someone else’s script or working collaboratively with a bunch of people. (Art) is closest to writing because it’s a solo endeavor and an experience or expression of your subconscious. Like, “Wow, that was in me.” There’s always a process of discovery. Can you see this? Can you hear it? Does it resonate with you? You have no way of knowing. Whether people like it, I will just keep doing what I’m doing. It’s my way of being creative.

Do you have a favorite piece?

I’ve been asked that before, but different pieces mean different things to me. I really like “Book Fish,” which is a fish that looks like a book. It cracks me up every time I look at it. I also have another that is a hook, a fish hook in the shape of a question mark. I like how that resonates and piques one’s curiosity. It’s like, be careful of what you ask for. Another is this piece that is a three-quarter profile of a boxer. It’s a large piece and I like it; it’s very primal. I do a lot of pieces so I can’t say that there is any one piece that is my favorite as much as they all represent mini chapters in my life. 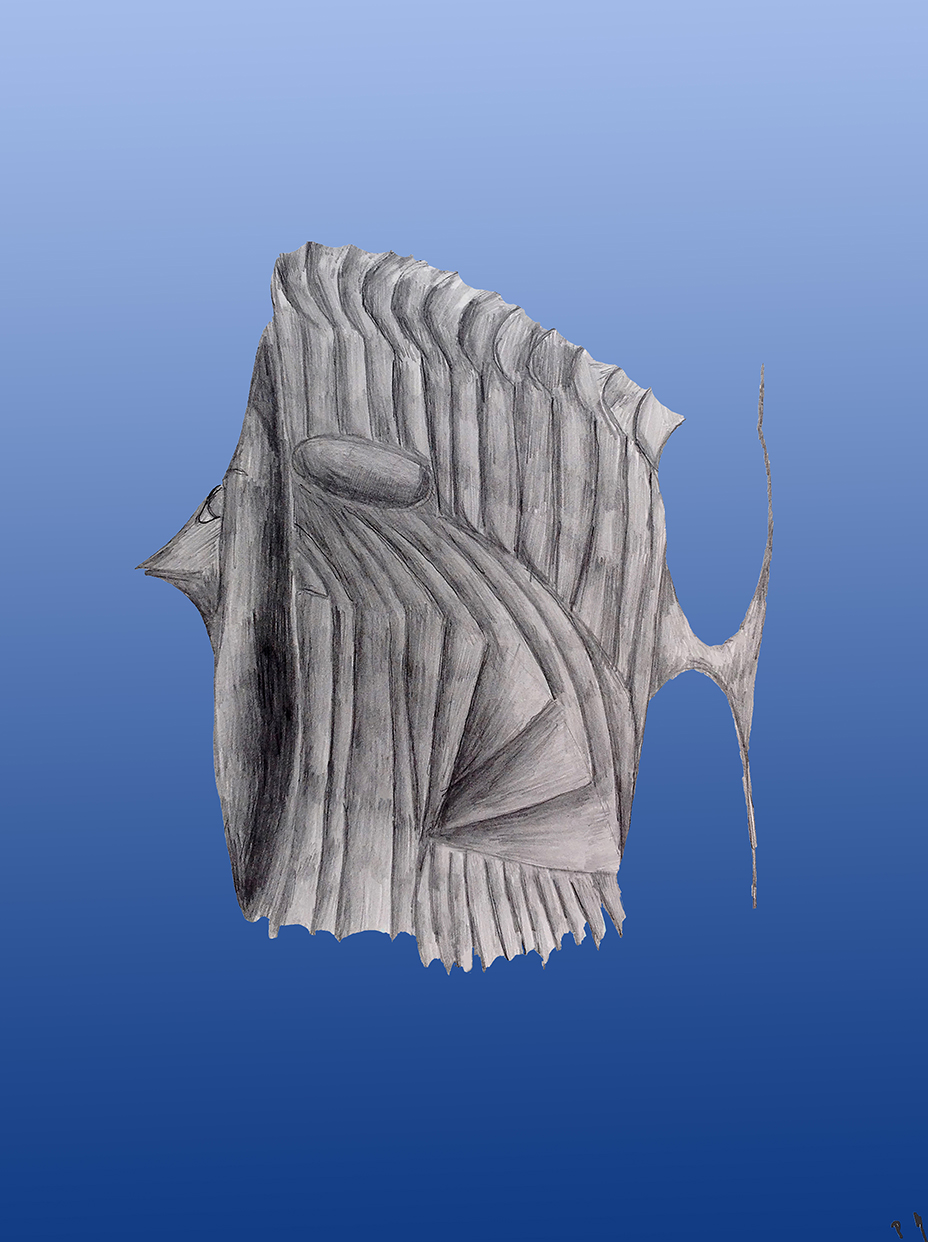 Art aside, what is your life like these days? How do you spend your time?

That’s it, actually. (Laughs) I paint and I write and I pursue golf — very unsuccessfully — but I enjoy the challenge and being outdoors. I have other books I want to finish and a screenplay I’m rewriting. I have books of poetry that I want to get back to writing. I am at a point in my life when I want to make every moment count. I want to make choices that aid and abet the learning process and give me the most out of my experiences. My celebrity will always be with me, and a part of my life. But really, unless I’m really willing to fight it, I would rather be by myself a lot of the time.

Last fall, Amazon bought a Starsky and Hutch reboot from filmmaker James Gunn. What are your thoughts about a reboot and have you been in contact with Gunn or Amazon?

Nobody has contacted me, so I don’t know anything about what they’re doing. It’s interesting. Starsky and Hutch, like most iconic shows, belongs to a time and a period and you won’t be able to recreate that time or period, so you’re left with realizing a chemistry between two people. And that’s of great value. It’s an example or a dynamic that we all like; we want to know a friend like that or function in the world like that. If they can find the right cast or figure out how to show it today, it can work well. Back in the ‘70s, people were more gullible and more accepting. We only had three networks and up until that time, the police drama — or the partnership in a police drama — had not been explored that way. Now they’ve done everything you could possibly do with (the genre). What’s left to explore except the always meaningful relationship of people with one another, and one to support one another.

Would you be up for it if they did?

I have a simple philosophy, which is simple to have as a philosophy and harder to put into practice. I try not to say no to anything. I say yes and be accepting (of opportunities). My agent and manager would tell you differently. (Laughs) I don’t know what the future brings and I watch it all in a bit of amazement. [Det. Dave Starsky] was a great role for me to play.

What are you currently watching? Do you binge any shows? Have any favorite series right now?

No, not really. I don’t watch a lot of television. I’ve tried to binge a couple of shows and my friends are always suggesting shows for me to watch. It’s like sitting with my sketches or painting, time just slides by.  I do watch the soap opera that is politics and I watch a good movie if I can find one.

What was the last good movie you saw?

Now you’re putting me on the spot. (Laughs). Hmmm … The one that is coming to mind is Ex Machina. That is really an intelligently made film, and I chose the word intelligent because it describes every aspect of the filmmaking. There are a lot of good filmmakers out there.

Your last acting role came a couple of years ago on Ray Donovan, which featured you with a big beard. Are you retired from acting now?

People ask me, “What’s your favorite: acting, directing or writing?” My answer: What life occurs. It’s what happens. You never know when something will cross your path. I try to stay open to everything. I’m doing a guest appearance on Grace and Frankie right now. As long as it’s a good group of people, I’m open to anything. That’s the thing I enjoy most about filmmaking or acting: experience.

Who do you play on Grace and Frankie?

Right now, as far as I can tell, he’s a failed guru that Frankie [played by Lily Tomlin] knew before. That’s fun. Jane and Lily are really lovely.

How is your son Jake?

He’s doing great. He’s a fascinating guy, a wonderful guy. He’s artistic and creative himself, and very sociable — tenacious, too, just like his mother. He works as a consultant to a couple of organizations, and is involved with various brands. He also works closely with the Dept. of GOOD and my friend Joey Adler, who is the founder. It’s a fascinating platform that provides a whole new look at how we interact with each other and how that affects our lives. I marvel at some of the things (Jake) creates and designs. He helps me with a lot of my paintings and my art. I like his eye and the way he sees things. He’s my best friend, and now he’s my teacher. Don’t forget my daughter, Zoe, who attends NYU in New York. She’s such a remarkable girl and a wonderful person, as well. 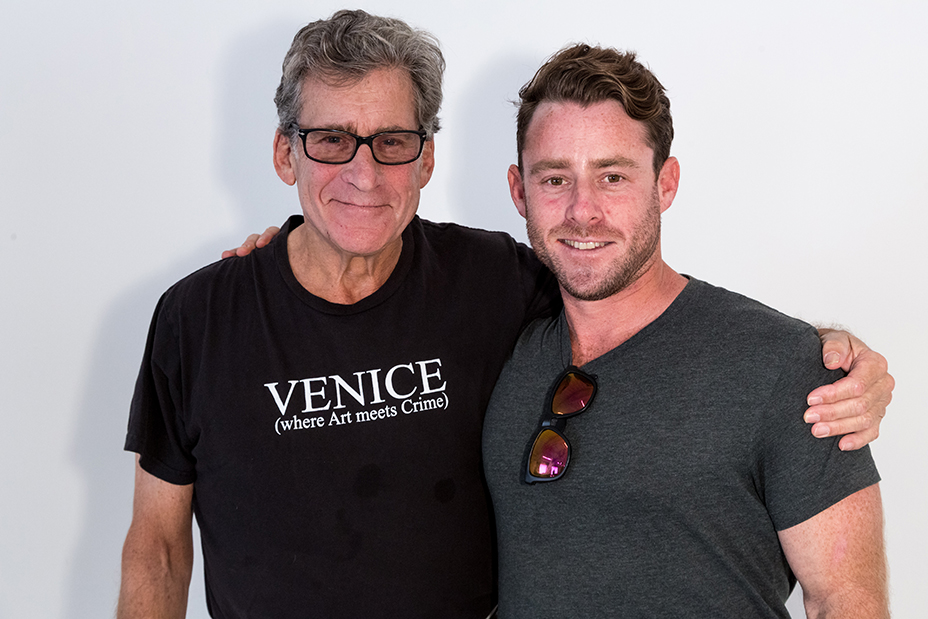