Stella McCartney swapped her upstairs Opera Garnier space for the basement on Monday morning, begging the question of whether or not the Phantom of the Opera would be making a haunting appearance on the catwalk, or in the dark and creepy corners guests had to wander into to find their seats.

It wasn’t the first time this Paris Fashion Week that the runway venues have been foreboding, a reflection of dark times, perhaps. It happened at Loewe and Off-White, too, and at Celine and Comme des Garcons, the staging was also disorienting, as if by design.

At McCartney, the dark spell was broken by the end, with a feel-good dance party for a finale that had models singing along to George Michael’s “Freedom,” and chanting a blunt message: “Don’t fuck with my energy.” 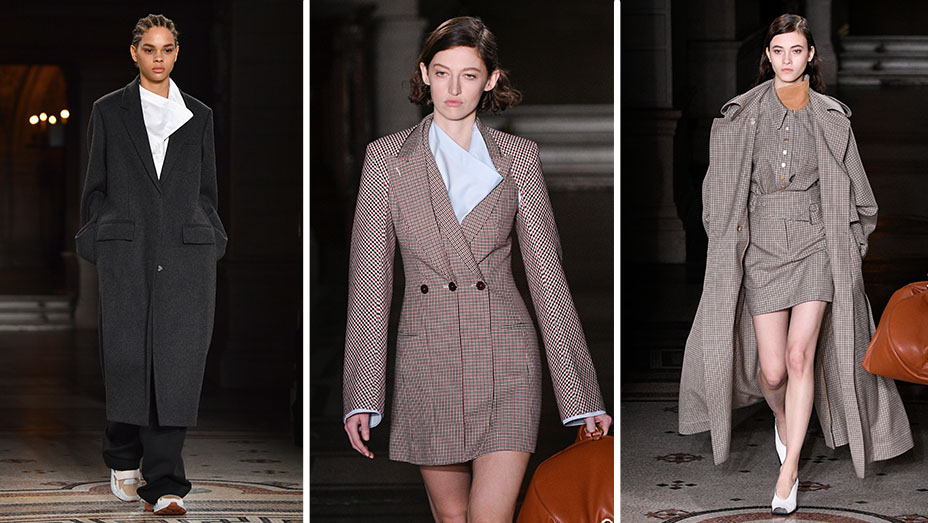 The collection was similarly bold, based on traditional equestrian menswear tailoring bent to a woman’s body and a woman’s way. That meant plenty of British tweed and houndstooth check cut into interesting pieces, including drapey coats, saucy mini dresses and suit jackets with decorative multi-lapels, worn over loose trousers. 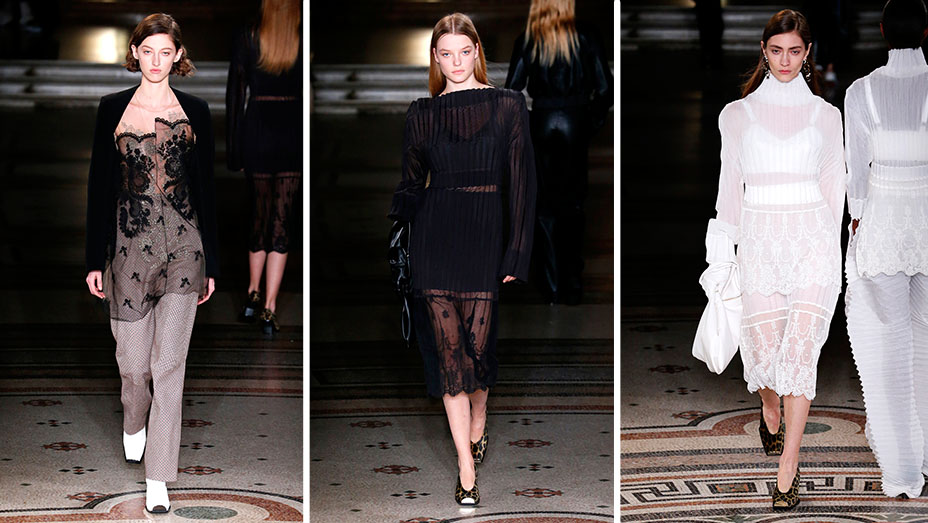 A modern incarnation of the bullet bra perked up tops and dresses with overstitched cups. Lace frocks worn over pants, and with funky wool bolero jackets were a cool new way of dressing up, anchored with chunky sneakers or square-toed shoe booties. There were even a couple of nods to the ultimate power female, Queen Elizabeth II, namely a quilted green coat worn with a silk scarf kerchief that looked straight out of Balmoral.

Rihanna Takes Us Back to School for Latest Fenty Puma Show

At Sacai, the female designer march continued, with a strong collection by Chitose Abe, who has built her business on nifty hybrid garments, such as lace-back cardigans and apron skirts. 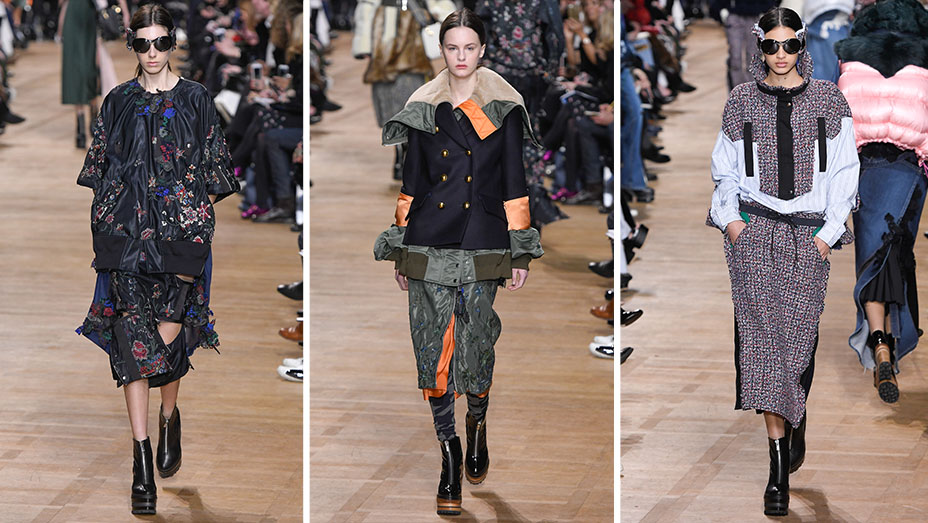 This season, her designs had more of a street edge, with oversized silhouettes and athletic touches woven in but kept in check. The clothes felt more accessible, more easily slid into an existing wardrobe of jeans and black pants, than an intimidating total runway look. 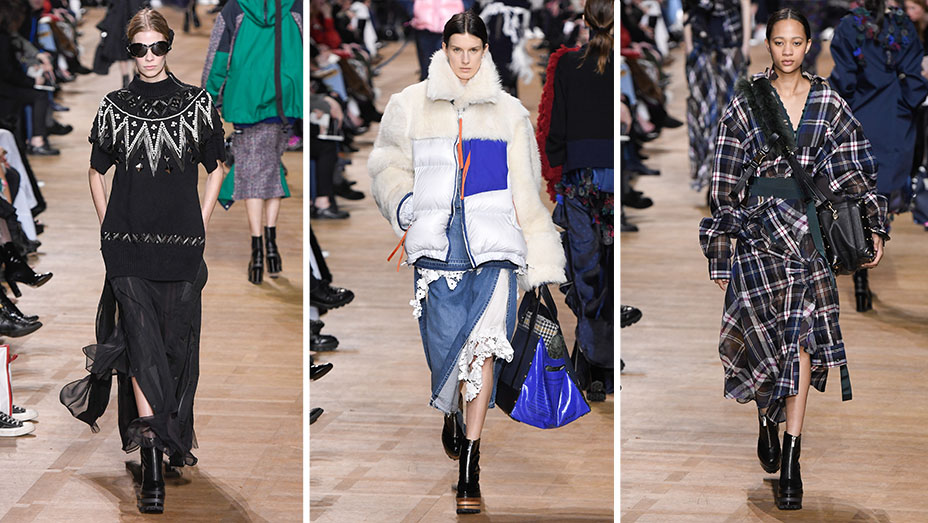 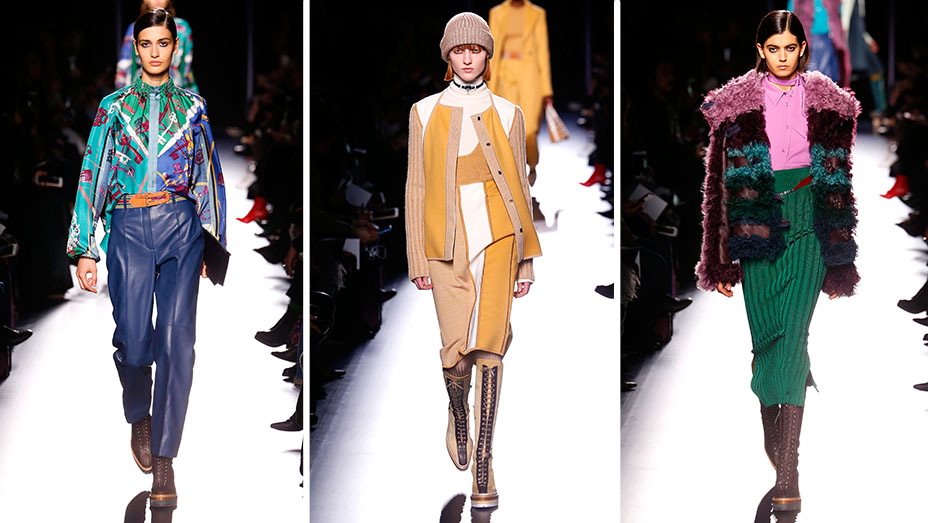 Nadege Vanhee-Cybulsk took a drastic turn with her edgy collection for Hermes, which was less traditional and more trendy. Choker necklaces, shaggy furs and beanie hats at Hermes? Mais oui! Taken apart, several of the pieces were quite nice, including silk scarf print blouses, high-waist pants and lug sole knee boots, but the jarring styling of clashing colors on one outfit, and stale monochromes on others didn’t serve the designs well.

At Alexander McQueen, Sarah Burton went back to the land with a collection inspired by the ancient traditions of Cornwall, including the spiritual Cloutie trees that visitors adorn with ribbons and scraps of cloth. 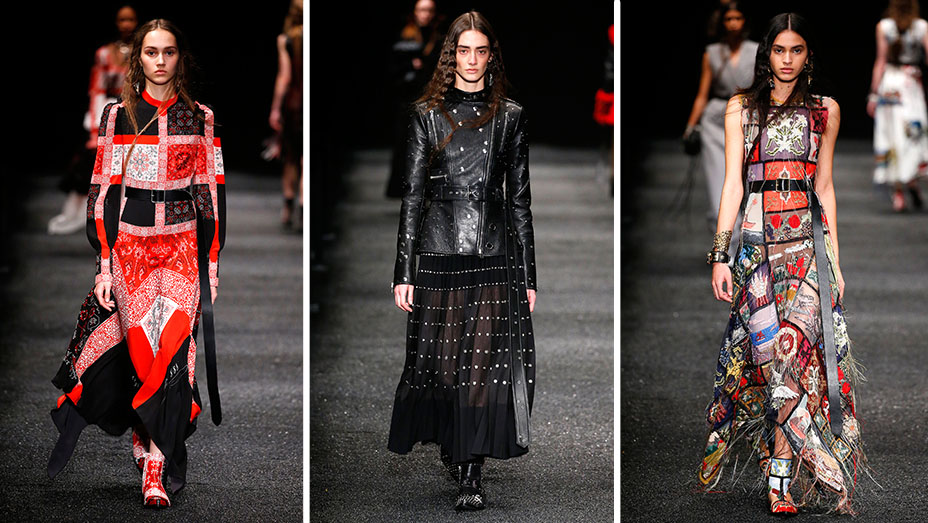 That intimate gesture translated into an array of stunning craftsy looks, including elongated dresses decorated with colorful needlework, cross-stitch and embroidery, some trailing silk threads. The pastoral contrasted nicely with urban touches, including gold and silver biker hardware on immensely wearable silk midi skirts for daytime, worn with studded Chelsea boots. And ribbed knitwear was modeled after armor with tiered pleats and contrasting color tips.

Tailoring was beautifully sensual, not unlike how it was treated in McCartney’s collection. Blazers and tuxedo jackets were draped like blankets around the body, nipped at the waist with cascading side panels, and worn over wide-legged trousers and sneakers for a modern look.

For the red carpet, tulle gowns were dripping with embroidery like medieval flora and fauna, including one stunning “Tree of Life” gown to bring things full circle back to the ultimate symbol of hope in hopeless times: those pagan wishing trees.