Continue to The Hollywood Reporter SKIP AD
You will be redirected back to your article in seconds
Skip to main content
September 20, 2017 9:30am
Logo text

What a boss Stephen Colbert is.

The Late Show host paid to have his entire staff flown out and put up in a hotel in downtown Los Angeles for Emmys weekend so they, too, could be on hand to celebrate the show’s three nominations as well as Colbert’s hosting gig. In all, the show’s producer Chris Licht, who also produced Sunday night’s awards, says there were more than 200 guests (including staffers and plus-ones), who came out for the weekend’s events that also included a party at Wolfgang Puck’s restaurant not far from L.A. Live on Saturday night.

“He’s one of the most genuinely nice people I’ve ever worked with,” Licht tells THR. “And it was very important to him that the people who got him to this place be here to enjoy it with him.” A much smaller group joined Colbert after the Emmys on Sunday when he hosted an exclusive party at Beauty & Essex in Hollywood. By then, Colbert and his team had reached their limit with press and photographers so a strict “no media, no photographs” policy was put in place. Colbert only posed for one image featuring him holding a glass of Brett Ratner’s Hillhaven Lodge whiskey to close out the busy night. The only downside is that Colbert and crew went home empty-handed, but one source said you wouldn’t know it judging by the vibe at the party. “He was in a great mood,” relayed the source.

Colbert was not the only late-night leader hosting a large staff on Emmys weekend. John Oliver and Samantha Bee also were joined by their teams, all of whom flew out for the Emmys.

Bee told THR that it was essential to bring out everyone who works with her, including the receptionist. “I feel like we operate as such a team and I don’t think the show would be successful at all if we weren’t all together, of the same mind, working with all systems firing,” she tells THR, adding that when she learned of her nomination, her first thought was that she wouldn’t go unless they could all go. “TBS was generous and made that a reality. It is so meaningful. Everybody means something to the show. It makes you feel great to go on a trip together; it’s so nice to have fun together.” 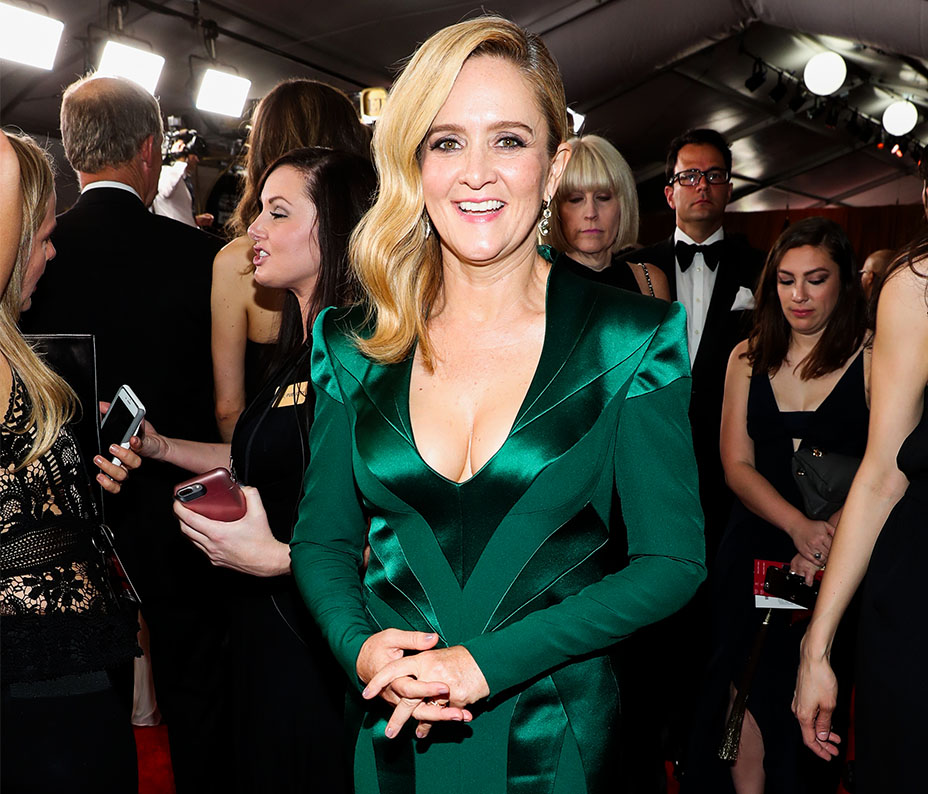 The staff from The Late Late Show, which shoots on the CBS lot in Los Angeles, didn’t have far to travel, and they made their presence known, earning distinction for being the loudest bunch shouting from the upper decks of the theater anytime Corden’s name or the show was mentioned.

Why the Emmys Served Booze During This Year's Show