Haig Alltounian remembers the final day of filming 1971’s Le Mans on the eponymous track in France when the film’s star, Steve McQueen, pulled into the pit and stepped out of his Porsche 917.

Following congratulatory hugs from then-wife Neile Adams and their two children, McQueen walked to the back of the car, unbuckled the TAG Heuer Monaco on his wrist and handed it to Alltounian. “He said, ‘I want you to have this. Thank you for keeping me alive all these months,’ ” recalls Alltounian, who was the actor’s personal mechanic and the chief mechanic on Le Mans. Fifty years later, Alltounian is putting McQueen’s Monaco up for sale as part of “Racing Pulse,” a 137-lot watch auction set for Dec. 12 at Phillips New York.

Bo Brundin, Actor in 'The Great Waldo Pepper,' Dies at 85

McQueen wore six Monacos while filming Le Mans, and this is the last of the group to come up for sale, notes Paul Boutros, head of watches for Phillips. “Its provenance is bulletproof,” he says. “It’s a very attractive watch in a very famous movie, and it’s very visible in the film. Haig is in his 80s, and he’s thinking about his legacy for his family, so the time is right to sell it.” The catalog is listing the watch’s estimate as “on request” only.

Among the first self-winding chronographs when it was introduced in 1969, the Monaco, with its distinctive square case, joins a number of other high-wattage timepieces in “Racing Pulse”: a Rolex Oyster Cosmograph “Big Red” Daytona gifted to Paul Newman by wife Joanne Woodward on their 25th wedding anniversary, and five watches owned by Sylvester Stallone, including the Panerai he wore in 1996’s Daylight. 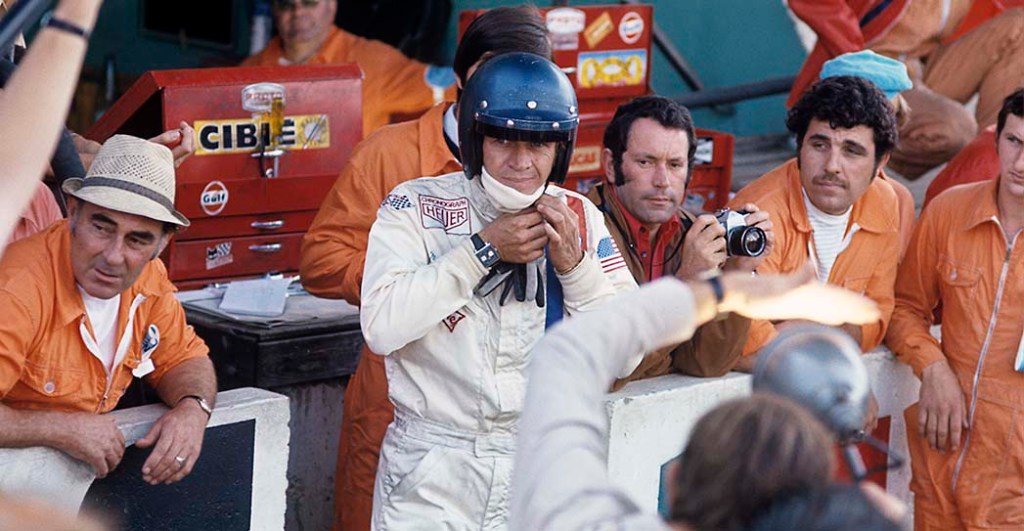 In 2017, a 1968 Daytona also given to Newman by Woodward set a world record when it sold at Phillips New York for $17.75 million. Woodward had the caseback of that Rolex engraved with “Drive Carefully/Me,” while this latest piece has been inscribed with “Drive Slowly/Joanne.” Phillips has set an estimate “in excess of $1 million” for this watch, which has been consigned by the couple’s youngest daughter, Clea, who will donate the sale’s proceeds to charity.

“It’s the watch Paul Newman wore the longest, it’s being offered directly from one of his daughters, and it’s one of the most sought-after vintage Daytonas among collectors,” Boutros says. “Clea is a passionate supporter of charitable organizations and, given the trying times so many in the country are going through right now, she felt like now more than ever was the best time to raise funds for some good causes.” 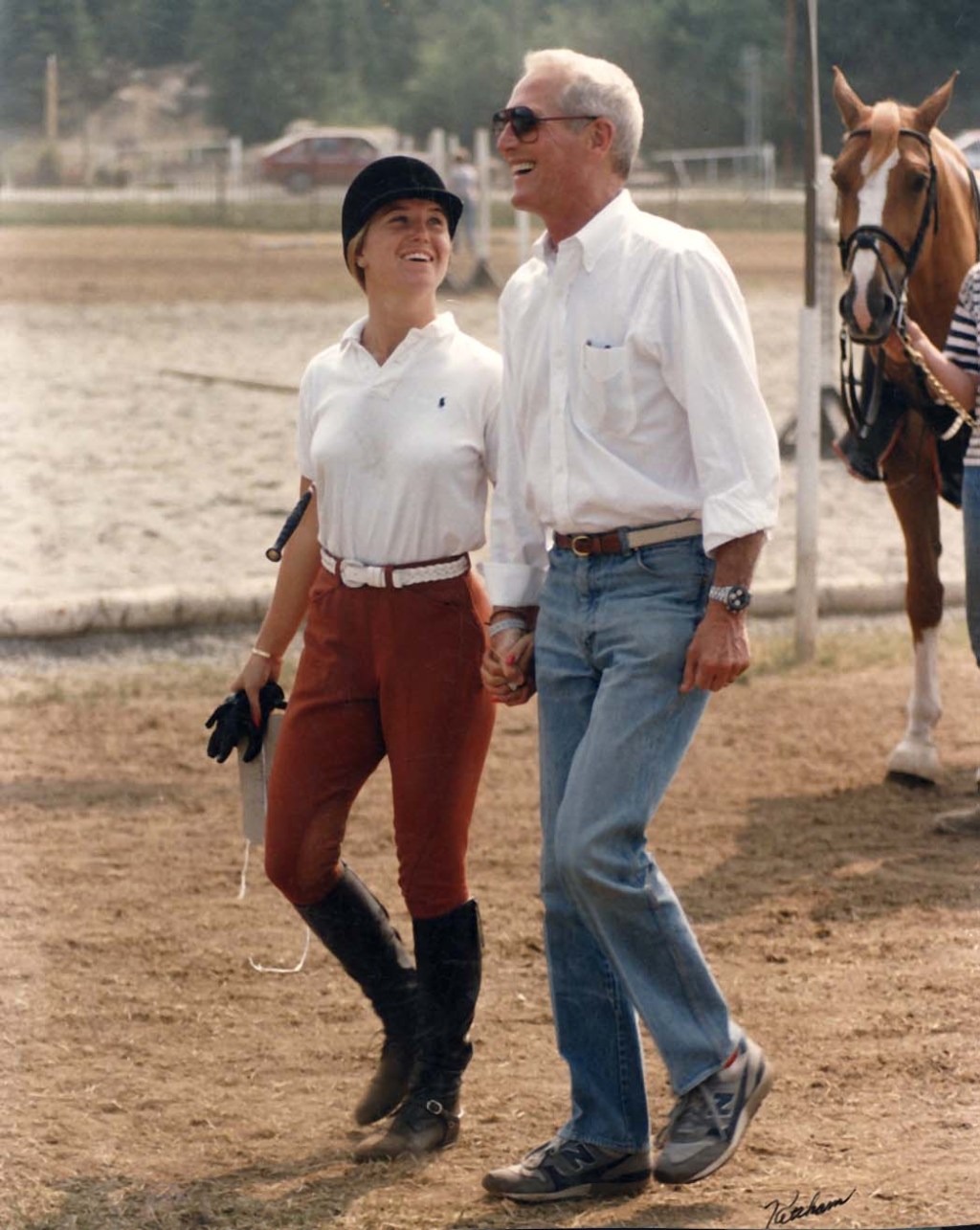 Stallone, meanwhile, elevated Panerai to an internationally known brand when he wore the Luminor Panerai Ref. 5218-201/A in the Rob Cohen-directed Daylight. “I wanted to wear a watch that no one had ever seen,” Stallone explains in a video interview to be released before the sale. “This watch has been underwater and through hell, and it’s still gorgeous. Watch the movie, you’ll see what I mean; it was a tough shoot.”

In addition to his Panerai, Stallone is also putting four Richard Mille watches up for auction, including the RM032 the actor wore in The Expendables 3, which carries an auction estimate of $60,000-$120,000, and another that Mille created, the RM25-01, inspired by Stallone’s role as John Rambo, which has been listed with an estimate of $250,000-$500,000. “[Richard Mille] said he was going to design this based on action movies, Rambo, jungle, for explorers, men of action, soldiers of fortune,” Stallone says of the latter piece. “You would have to be a real amateur to get lost in the jungle with this watch. If you can’t find your way out with this, don’t go to the jungle. It’s the Rambo of watches.” 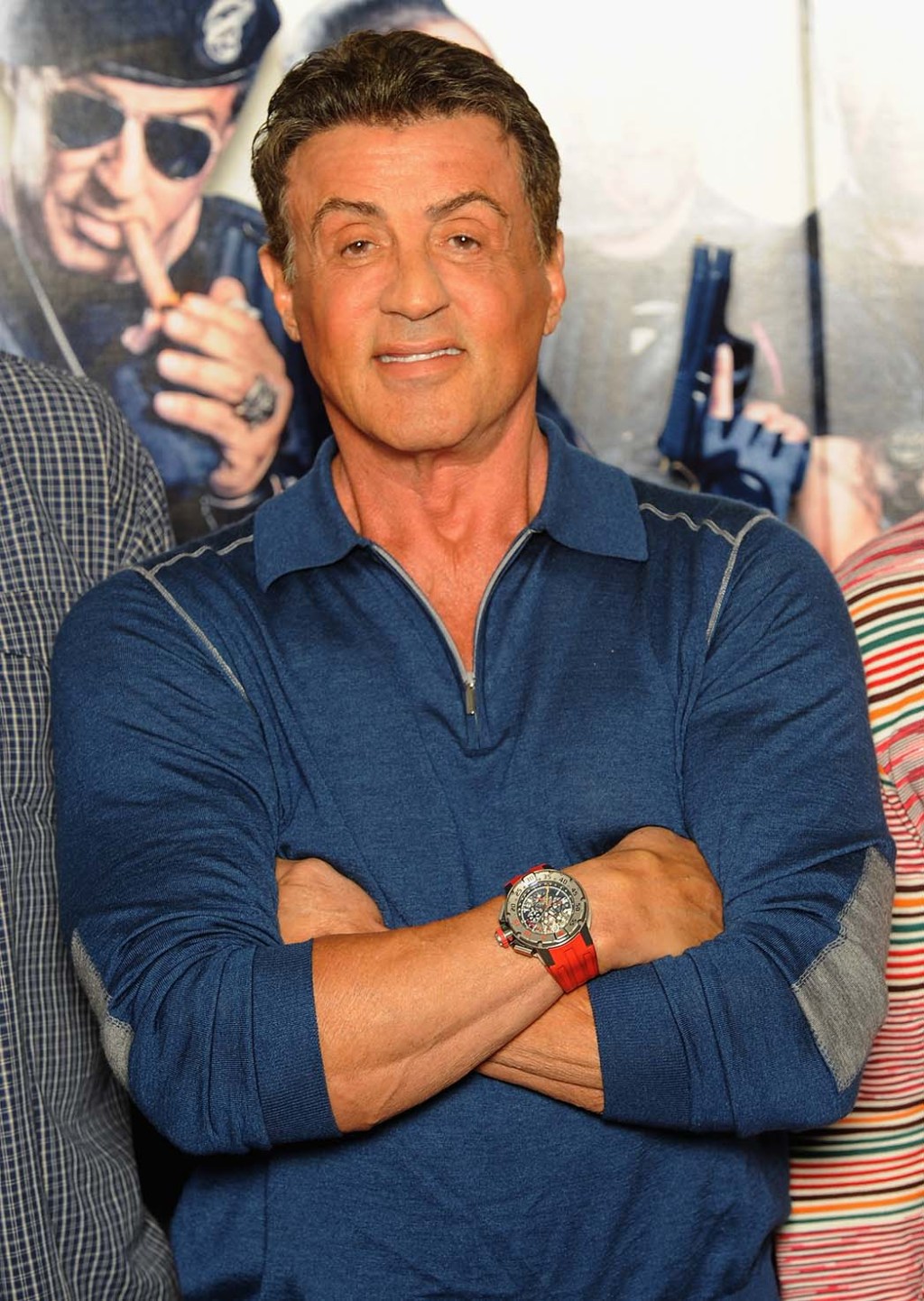 A version of this story first appeared in the Dec. 9 issue of The Hollywood Reporter magazine. Click here to subscribe.