It’s been four decades since Marvin Levy started working with Steven Spielberg, when he got a call from producer Kathleen Kennedy asking him to help with 1977’s Close Encounters of the Third Kind. Now Levy, who’s in his late 80s and has no plans to retire, is the go-to guy for any journalist trying to access the iconic filmmaker. He’s also been a member of the Academy of Motion Picture Arts & Sciences since 1969 and during that time has served 23 years on its board of governors.

The first public relations exec to receive an honorary Oscar, which he’ll pick up Nov. 18 at the 10th annual Governors Awards, Levy spoke to THR about his career.

Do you remember first meeting Steven?

I was in Bermuda as part of the PR team on The Deep [in 1976]. We had an underwater set in the ocean, and we’d have [journalists] go down there and give them half a day of scuba. I said, “I want to do that.” Within 20 seconds, with the first drop of water, I said, “Get me out of here!” I was not meant to be a scuba diver. Then I got a call from Kathy Kennedy who said, “Come on over,” because she knew me, and that was when we talked about E.T. [which Spielberg hadn’t yet made]. He was the oldest young person. I say that because, by the time I caught up with him, he had spent his teenage years being a filmmaker. Ironically, he applied to USC and didn’t get in, and he became his own filmmaker, doing it his way. What you see is what you get. He has always been that way for all the years I’ve known him, always had the best ideas and made sure that they got done.

You grew up in New York City and dreamed of going into advertising. Why didn’t you?

I got rejected everywhere. I wound up finally getting a job writing questions for a radio game show, The $1,000,000 Chance of a Lifetime. And then I got fired because of one of the questions I came up with. The point of the show was to stretch out the questions as long as possible, but the one I came up with, the person gave the right answer. They had to give the house away. After that I got pretty lucky, working for [journalists and talk show hosts] Tex McCrary and Jinx Falkenburg. They had a morning show and a night radio show and a column in the New York Herald Tribune. For the column, I would interview people from all walks of life. I interviewed the head of the stock exchange; we did David Niven backstage because he was doing a play. He was a wonderful actor and had a great sense of humor. 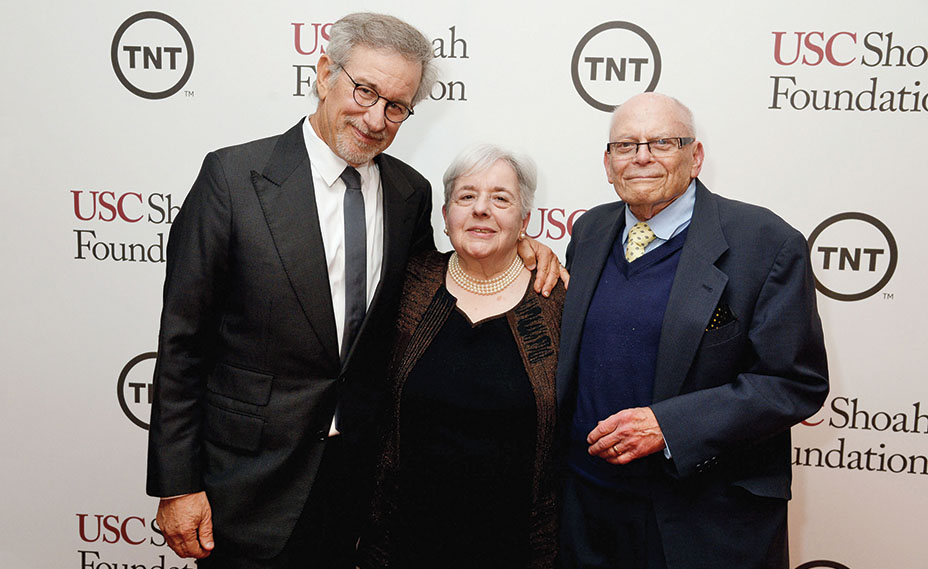 After you joined Columbia in Los Angeles in the 1970s, it got walloped by a huge scandal when its president, David Begelman, was found to have embezzled money.

Everybody loved him. He could charm the life out of anybody. But we had no idea of what was going on. And I only found out later when I read a book about him [David McClintick’s Indecent Exposure: A True Story of Hollywood and Wall Street]. I was working on Close Encounters and there was a board meeting, and that’s when the embezzlement was uncovered. Look what happened to Begelman: He left and then came back again [as CEO of MGM] and had his own company — and then he shot himself. It was awful, awful.

You’ve served several terms on the Academy board. What were your toughest moments?

Last year, with all that went on with the whole Harvey Weinstein situation. That led to many complications, it really did. A couple of years before that, there was a diversity issue that needed to be handled and handled in the right way. Those two things were not the norm for the Academy in any way. But I think they handled them as best they could under the circumstances.

What was your best moment?

I was not on the board at the time, but it was in 1994, when Schindler’s List won the [best picture] Academy Award and Steven was best director.