A collection of 100 lots from George Lucas’ Star Wars franchise, titled Star Wars Online, will go up for auction at Sotheby’s in an online-only sale beginning Friday. The auction will close Dec. 13, just a few days before Star Wars: The Rise of Skywalker, the final film in the sequel trilogy, is released on the big screen.

The sale includes original posters, stickers and action figures, as well as earlier pieces associated with the beloved film series, with prices estimated to fetch up to $60,000. Highlights from the Star Wars Online sale will be on display at Sotheby’s New Bond Street galleries in London from Dec. 6-11.

The film franchise is one of the most merchandised franchises of all time, inspiring collectors from across the globe. The sale offers a variety of items, ideal for die-hard collectors, from a 1980s toy shop display to an original artwork depicting Darth Vader. Among the highlights in the sale is a prototype Imperial Stormtrooper helmet from 1976. It’s estimated to fetch between $35,000 and $70,000. It was one of the initial preproduction designs by manufacturer Andrew Ainsworth for the first Star Wars film, 1977’s A New Hope. It’s made of white painted vacu-formed plastic with black rubber details, simulated vents and clear plastic eyepieces. Only a few of these prototype helmets have ever surfaced, making it exceptionally rare. Recently, one of the surviving screen-matched helmets sold for over $200,000, and, in September, the iconic Darth Vader mask from The Empire Strikes Back sold for $900,000. 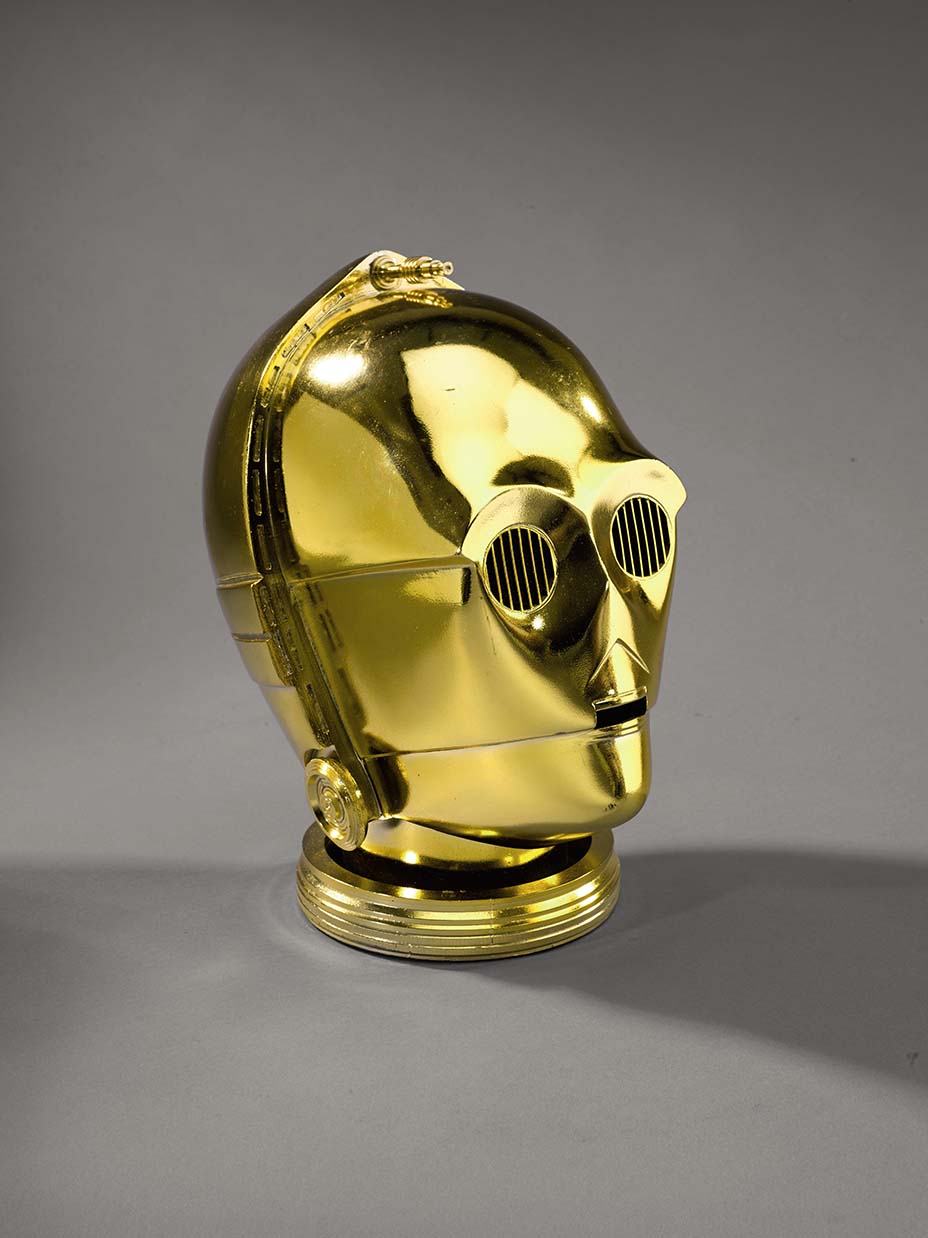 A C-3PO helmet, made by Lucas’ visual effects company Industrial Light and Magic to promote the 1983 film Return of the Jedi, is expected to bring in between $20,000 and $32,000. Constructed of cast fiberglass and resin components, the helmet is composed of a two-part mask with the faceplate portion painted in metallic gold. A display case made of bespoke removable wood and UV plexiglass has been made to house it. The lot includes a Crisco Oil tie-in poster featuring C-3PO and his companion R2-D2.

Another highlight of the sale is a poster created by designer and illustrator Ralph McQuarrie for The British Royal Charity World Premiere of The Empire Strikes Back, which took place in London in May 1980. Sotheby’s calls it one of the rarest known pieces of marketing material for the film. Because the premiere was so close to the original Empire Day held on Queen Victoria’s birthday, May 24 (from 1916-1958), the marketing department played this to their advantage, sending an army of Stormtroopers in Jeeps and on foot out into the streets of London, holding placards of this poster to increase excitement for the pic’s release. It is expected to fetch $20,000-$30,000. 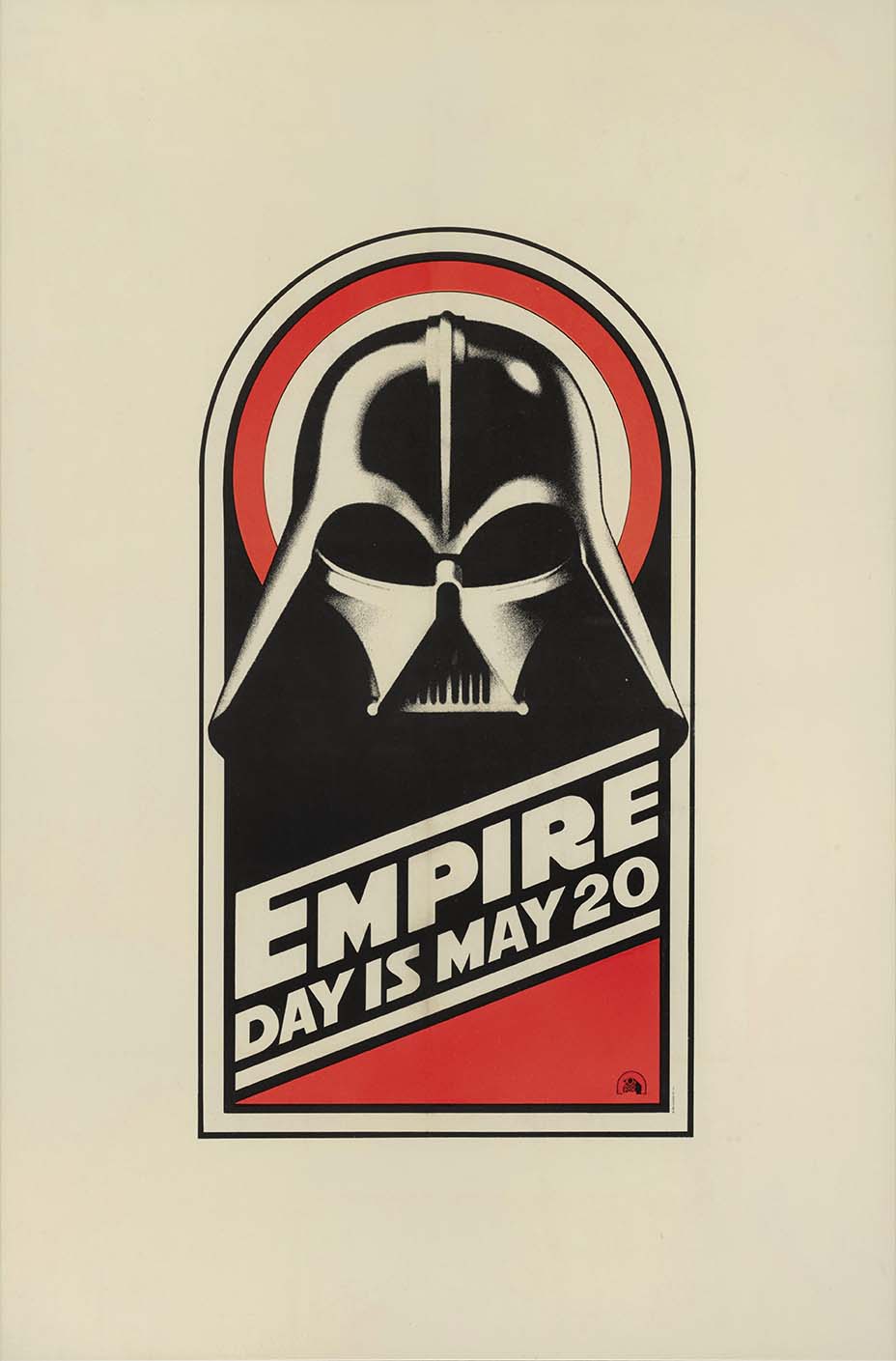 Other items in the sale include a spiral bound album containing 52 original hand-printed photographs from the camera negatives taken on the set of the 1977 Star Wars film, featuring scenes recognizable to many ($7,000-11,000). Rounding out the highlights is an aluminum sculpture of Darth Vader by British Pop artist Clive Barker, estimated to garner $8,000-$12,000.

This auction collection follows a successful sale in 2015 of Star Wars memorabilia from renowned mega fan NIGO (real name Tomoaki Nagao), the Japanese designer behind luxury clothing brands Billionaire Boys Club (with Pharrell Williams) and A Bathing Ape. That sale — featuring everything from lightsabers to cookie jars — fetched almost half a million dollars. The 600 items in that collection sold for $505,202. In the time since, the popularity of Star Wars has only heightened, aided by more films and television shows, like 2017’s Episode VIII – The Last Jedi and Disney+’s The Mandalorian. 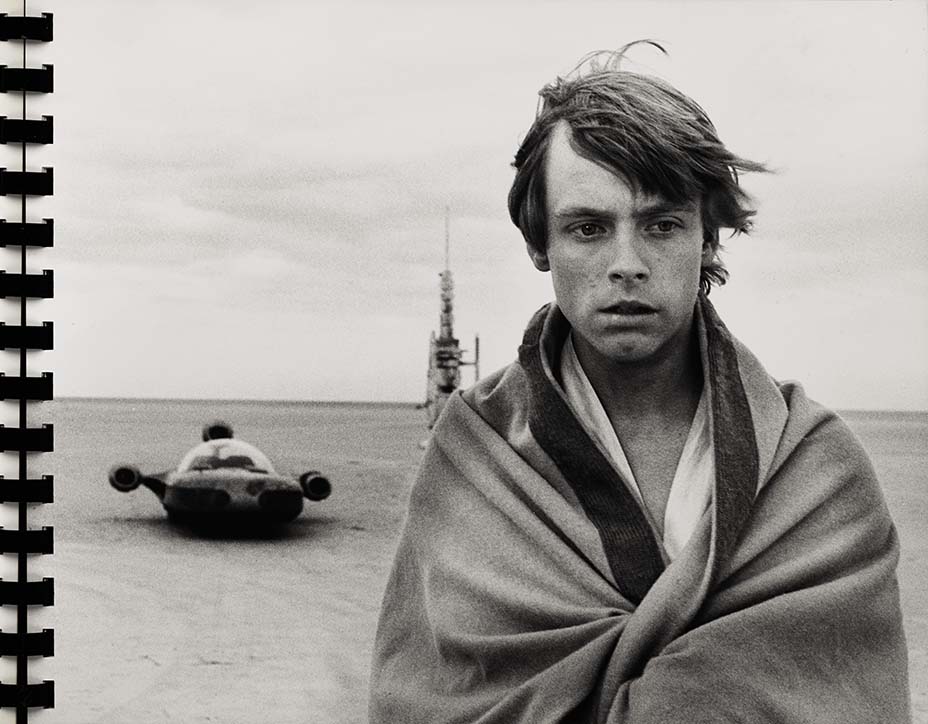