Stormy Daniels opens up about the death threats she’s received since beginning her legal battle against President Donald Trump in a profile for Vogue, published Tuesday. The adult film star first made headlines when she claimed that Trump’s former lawyer, Michael Cohen, paid her off before the 2016 election to stay quiet about her alleged affair with the president. Cohen pleaded guilty to campaign-finance violations and other charges last week.

Daniels, whose real name is Stephanie Clifford, says in the magazine profile that she has now hired a team of three full-time bodyguards, whom she refers to as her “Dragons,” after receiving ominous notes and suspicious substances hidden in gifts at the clubs she has visited during her publicized nationwide strip-club tour. “We’ve been at restaurants when we order food and it’s taken too long or somebody was watching and we’ve had to leave — like that,” she says.

She was joined by lawyer Michael Avenatti during the interview, and the pair joked about life “on the run” with Daniels as a “fugitive,” comparing themselves to Thelma & Louise. “I want to be Louise,” Avenatti says. To which Daniels replies, “Which one of us gets Brad Pitt?”

Her new life in the limelight, however, has also changed the life of her 7-year-old daughter. Daniels says she had to pull her daughter out of school and hire a tutor after a man tried to take a photo of her. She adds that while they often FaceTime, they don’t see each other in person often. “If I contact her, it makes her sad, so I just kind of have to wait until she wants to talk to me,” Daniels says.

Daniels also touches on her new fans during the interview. “My fan base is completely different,” she says. While middle-aged white men used to make up her crowds, now women, gay couples, immigrants and other “assorted liberals” tend to make up the audience at her performances. “It’s pretty much these packs of women, and they are angry,” she says.

“People come up and they’re so emotional and they put so much on me. They’re like, ‘You’re going to save the world, you’re a patriot, you’re a hero,'” Daniels says. “It’s funny. It’s actually easier for me to handle the negative stuff. It’s not like I turned on Twitter today and was called a whore for the first time.”

While many people have made Daniels a face for the resistance against Trump, she’s not completely comfortable with that label. “When I started this, I just wanted to save my own ass,” she says. “Not everybody else’s.”

Concludes Daniels: “I’m just the lesser of two evils. Trump or Stormy? Which one am I gonna pick? Well, if I have to pick one, she’s got better hair.” 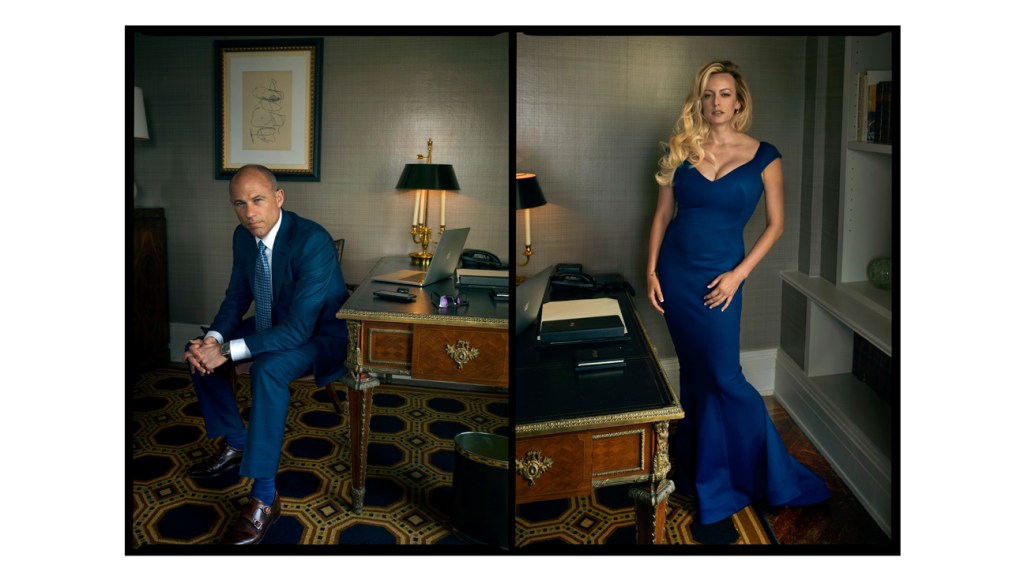 Michael Avenatti Thinks Hollywood Would Back Him For President in 2020