Few streaming shows have returned for a second season with as much fanfare as Stranger Things. Though Netflix famously keeps audience figures under wraps, the first season became a cultural phenomenon after it landed in July 2016, earning late-night spoofs as well as five Emmys and making social media stars out of its actors (even one whose character died in ?the third episode). And the second season built on its predecessor’s momentum. One analytics firm named Stranger Things 2 the most popular show in the country, while the series’ six Emmy nominations have helped make Netflix this year’s most-nominated outlet.

THR spoke with executive producer and director Shawn Levy, 50, about how his team delivered on high expectations for the show and his favorite moment from its sophomore season.

How did you handle the pressure of delivering a second season that would satisfy fans of the first?

On the one hand, we wanted to not let people down; but above ?all we didn’t want to let ourselves down. And so we really fought hard to eventually quiet all that outside noise and all that cultural buzz and just make a second season that would be interesting ?to us and push our own limits ?and be loyal to the show while giving ourselves new challenges.

What were some of the most ?unexpected challenges of the ?second season?

Because season two was far more ambitious in its cinematic scope, we needed not only more resources — which, thankfully, Netflix gave us — but we needed to figure out how to pull off things that were far more complex ?than a guy in a Demogorgon suit. So season two had a real learning curve as we explored the design of this shadow monster, the execution of it and how it would possess Will Byers. How would the Demogorgon have ?offshoot creatures like Baby Dart and the Demo-Dogs?

What was one of your favorite moments of the second season?

The moment when Eleven shows up in the doorway of the Byers’ house, and that look on Finn Wolfhard’s face when he sees the girl he loves after all that time ?— I will never not get goose bumps just thinking about a moment like that. 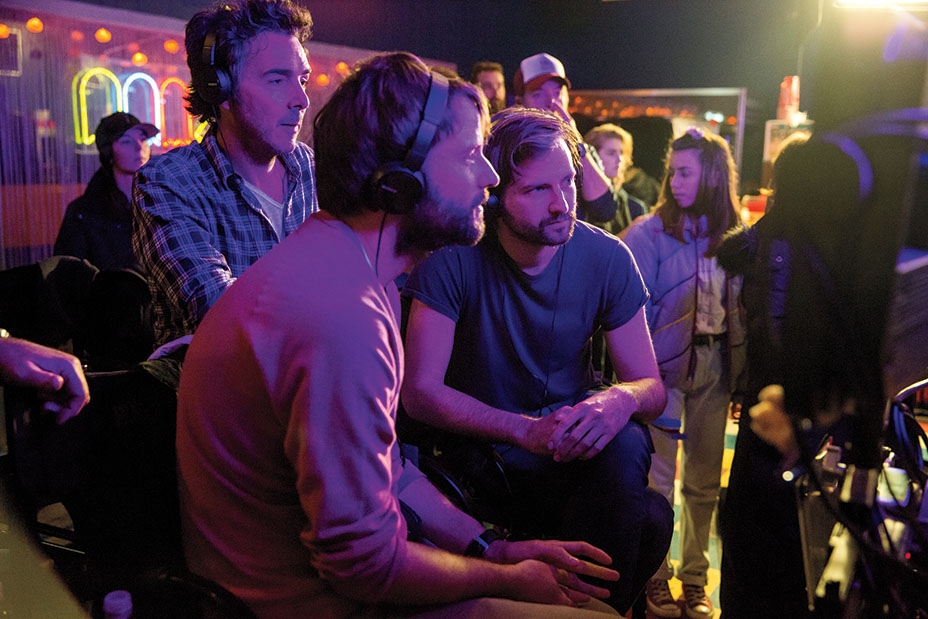 The ’80s are a strong influence on Stranger Things, and yet it also has its own distinct contemporary look. How do you balance that?

We not only try to replicate the ’80s with very rigorous precision, but we shoot the show with lighting, composition and camera movement that are equally ’80s-inspired. We’re not trying in any way to do a contemporary approach to ’80s storytelling. We’re actually trying to do an ’80s approach to ’80s storytelling, but when you put that in the world of 2017, 2018, it feels like this unicorn because it’s unique in the cultural landscape.

What was one of your favorite ?lines of dialogue from this season?

What’s the one thing you never want to be asked about again on the red carpet?

Jesse Plemons. Because he’s [Friday Night Lights‘] Landry, but also “USS Callister,” and also Fargo, season two. Hopefully he’ll read this and it will make it a little less awkward when I go up to him at an afterparty.

WHO’S IN THE MONEY ?FOR SEASON TWO:

After season one was a massive hit for Netflix, the main cast of Stranger Things scored major pay raises in March ahead of the production of season two. Sources told THR that the new pacts for the ?child actors are worth roughly 12 times their previous deals. A tiered pay system was created that gave Winona Ryder (Joyce) and David Harbour (Jim Hopper) — the “A” tier — up to $350,000 an episode. The “B” tier consists of the young stars — Finn Wolfhard (Mike), Gaten Matarazzo (Dustin), Caleb McLaughlin (Lucas) and Noah Schnapp (Will) — who are each collecting $250,000 per episode. Meanwhile, the actors in the “C” tier — onscreen teenagers Natalia Dyer (Nancy), Charlie Heaton (Jonathan) and Joe ?Keery (Steve) — are each pocketing roughly $150,000 an episode. It remains a mystery where 14-year-old breakout ?Millie Bobby Brown (Eleven) landed among those tiers, but sources say she separated herself from the rest of the cast during the renegotiation.

“The Duffer brothers fall into very few traps of self-importance or self-awareness, and they deliver a second season with an expanded assortment of ’80s influences, an expanded cast of instantly embraceable characters and some expanded Stranger Things mythology without the bloat that inevitably dooms sequels.” – Daniel J. Fienberg, Oct. 23, 2017

Everybody seems to love Stranger Things, particularly in Hollywood. But the passion for Netflix’s sci-fi nostalgia-fest that’s apparently at the top of voters’ minds when they do their first round of Emmy selections seems to fade when the time comes to pick an actual winner. Stranger Things is a long shot for best drama in its second season, and that’s because it couldn’t really strike when the iron was most hot — letting Hulu’s Handmaid’s Tale sneak into the category’s Game of Thrones-shaped hole during its first year of eligibility. After all, Stranger Things had legitimate Emmy heat. A 2016 Producers Guild Award and a 2017 Screen Actors Guild kudo for top drama ensemble really made it seem like the series could have an impact beyond the Creative Arts ceremony. But alas, Stranger Things has fared better at MTV awards shows than with the Emmy establishment. – Michael O’Connell

Heroes of Horror, Sci-Fi and Supervillains: The Genre Roundtable