Stranger Things star Caleb McLaughlin was three weeks into shooting season four of the hit Netflix series in Atlanta when COVID-19 shuttered production in March. For the past five months, the 18-year-old New York native has been laying low in the Georgia city with his family, waiting for production to resume. “Hopefully this year, but it may be next year. We have no idea,” he says. “I just started getting back into a routine of getting up early, working out more, going out a little bit to the grocery store. But everything’s just been thrown all over the place.”

The same could be said for the Toronto Film Festival, where his first film, the drama Concrete Cowboy, will make its world premiere Sept. 13. McLaughlin, who plays opposite Idris Elba in the father-son drama, won’t be on hand for the debut given that, given travel restrictions and quarantine protocols, only Canadians can attend this year’s fest. (Elba will be missing as well.)

But in light of the buzz around the film — which centers on a brooding Detroit teen who is sent to live with his estranged father in Philadelphia and learns about an urban cowboy subculture — the actor best known as walkie-talkie-wielding Lucas Sinclair is poised to enjoy his breakout moment.

It’s a star turn that didn’t come easy for McLaughlin. The Broadway alum beat out some 1,500 actors to land the role of 15-year-old Cole, who becomes immersed in the Fletcher Street Urban Riding Club, a community of Black horse enthusiasts that has existed in Philadelphia for more than a century. After receiving the script from his WME agents, McLaughlin watched director Ricky Staub’s short The Cage, which chronicles inner-city life in Philadelphia, and set his sights on the role.

“I was like, ‘Wow, this guy Ricky is so talented. I knew I had to jump on this with him and talk to him on the phone,” McLaughlin recalls. “And he was like, ‘Hey man, I want you to audition.’ A week later, I did a self-tape and didn’t hear back for a whole month. And then I heard that I got the role, and I was like, ‘I’m going to Philly!'”

From the moment Staub received McLaughlin’s tape, he was certain he was the one, but the director was committed to turning over every stone possible, considering kids with long résumés as well as North Philly unknowns who had never acted before. “Caleb blew me away,” says Staub, who also is making his feature debut. “His tape really became the one that I always went back to, that always stuck with me.” 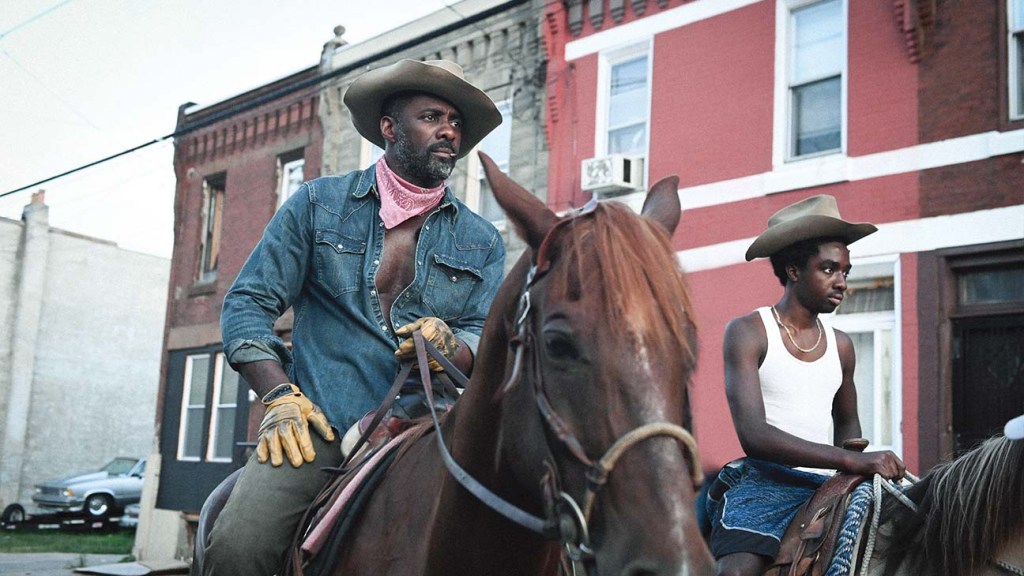 Once cameras were rolling in Philadelphia last summer, McLaughlin didn’t disappoint. “I feel like I’m working with a young Denzel at the beginning of his career,” adds Staub. “Some of the performances he would pull out, like a scene in which he confronts [Elba’s character] — my eyes were welling. On the first run! This kid was reaching for another level.”

Elba echoes that sentiment, citing the same scene. “It’s a very emotional [moment], and he was incredible,” he says. “It was a bit like shooting a play with just the two of us in a room with Ricky. It was really moving.”

Furthermore, McLaughlin isn’t merely a sidekick. He carries the film. Staub says he was the only actor who worked every day of the 20-day production and is in nearly every scene. And the sleep-deprived teen did it with something akin to superpowers.

“There’s a scene where he’s hugging his horse in a tunnel,” adds Staub. “We started at sunset and shot through the night. We were all very tired, but Caleb just crushed it, a really hauntingly vulnerable moment of him trying to find solace in his horse. Then we came outside, after 15 to 16 hours, and he ran out into the field saying, ‘Ricky, look, the sun is coming up.’ I was like, ‘You still have energy? Wow.'”

Amid the grueling pace, McLaughlin managed to form a lasting friendship with the film’s Jharrel Jerome (Moonlight, When They See Us), who describes his co-star as “a grown man living in a kid’s body.” Adds Jerome, 22: “Caleb has a strong grasp of who he is, and he isn’t afraid to let his true self be known. That sense of maturity was fun to play with. Our conversations were always deep. And it’s funny: While I was teaching him a ton of things about life and growing up, he was teaching me the same thing. Although he’s a few years younger than me, I really look up to him.”

With the future somewhat murky because of the pandemic, McLaughlin hasn’t lined up anything new after he finishes the fourth season of Stranger Things. He is working on his music, which he describes as “R&B/pop/neo-soul with a little bit of old school, ’90s vibe,” perhaps fitting for an actor who once played Ricky Bell in BET’s The New Edition Story.

Though he can’t name one particular director he hopes to work with in the future, he does have a wish list: “If any Marvel director asked me to be in one of their movies, I would say, ‘Sign me up!'”As for those comparisons to Denzel or any other A-lister, Elba good-naturedly advises slowing down. “He reminds me of that kid from Stranger Things,” he says. 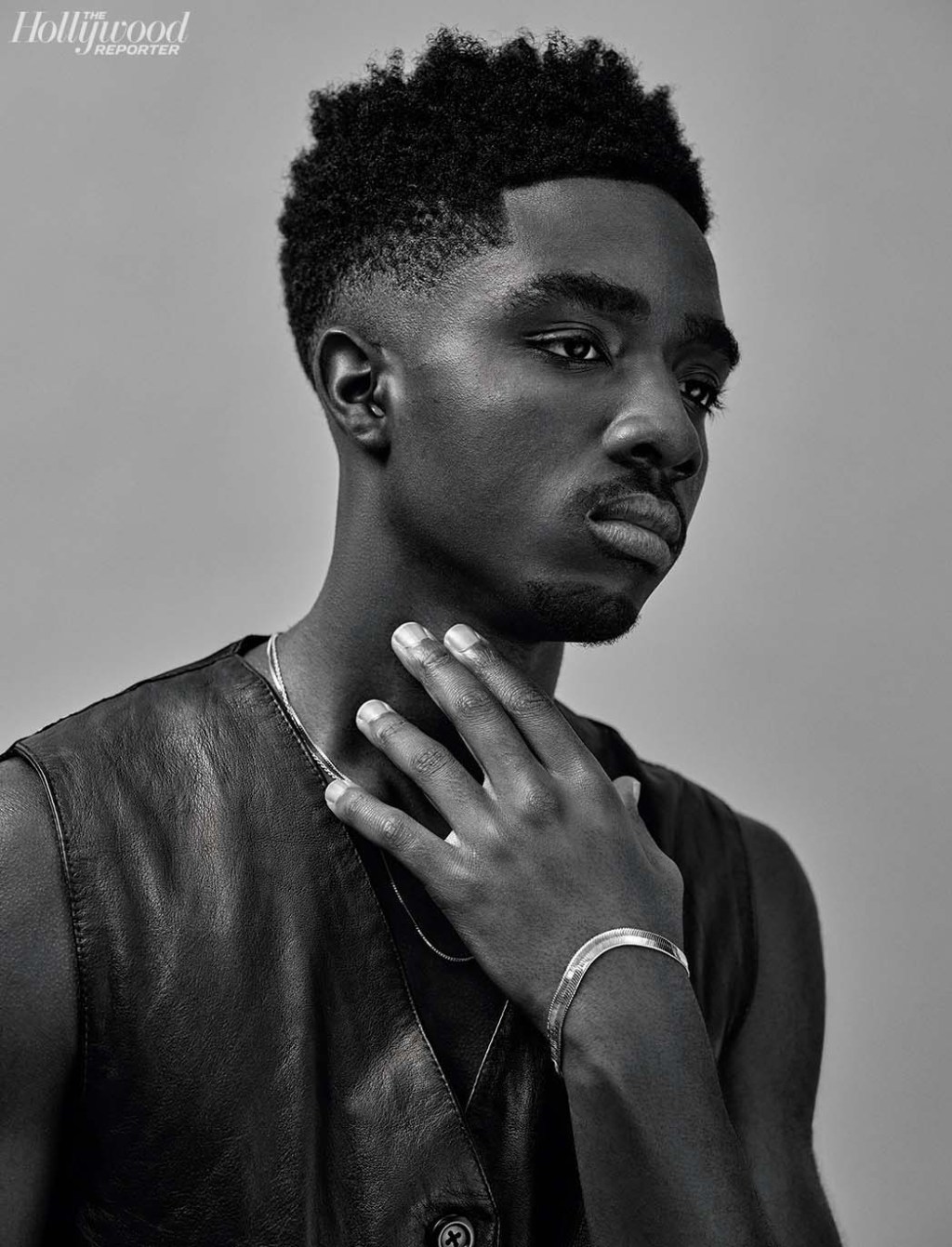 A version of this story first appeared in the Sept. 2 issue of The Hollywood Reporter magazine. Click here to subscribe.