The first Streamy Awards were handed out in 2009 at a moment when Hollywood was just coming around to online video. The writers strike a year earlier had led to a proliferation of side web projects from unemployed TV scribes, from Childrens Hospital to Dr. Horrible’s Sing-Along Blog to Web Therapy. And the homegrown stars being minted on YouTube — creators like beauty guru Michelle Phan and vlogger iJustine — had started to amass big audiences. But in every way, online video, with its viral cats and less-than-10-minute webisodes, still felt very quaint.

A lot has changed in the decade since those first 1,300 people crowded into Wadsworth Theatre to see Joss Whedon and Neil Patrick Harris take home awards for their Dr. Horrible work. Today, streaming has become central to the strategies of entertainment giants Disney, WarnerMedia and NBCUniversal as they look for a way to recoup the audiences they’ve lost to cord-cutting. And digital creators like Lilly Singh, who debuted her NBC late night show in September, have become household names. “Online video has transitioned from an almost counterculture into full-blown mainstream media,” says Streamys executive producer Drew Baldwin. “It’s now a pillar of entertainment alongside radio, music, television and theatrical.” 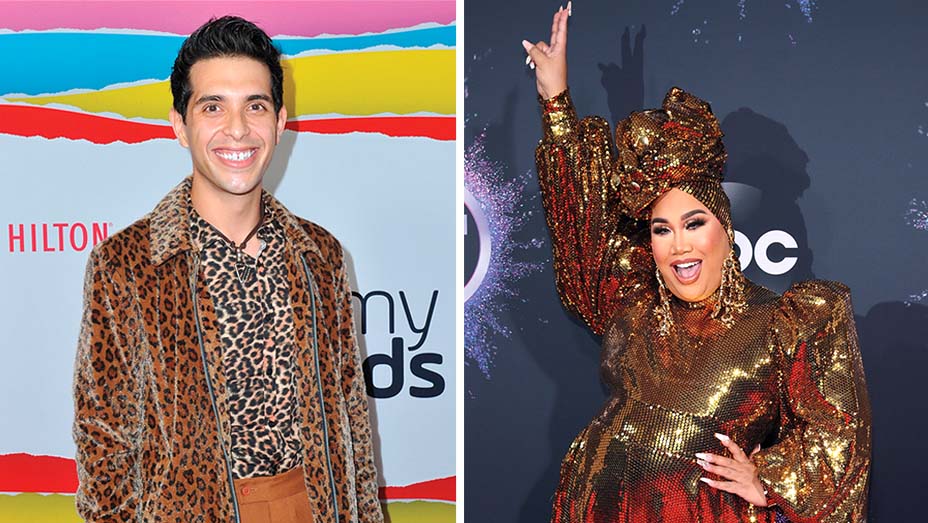 The Streamys, which will hand out 15 awards from the Beverly Hilton on Dec. 13, have had to evolve, too. This year, the awards show, which will live-stream on YouTube, will do away with the nostalgic music act that long has defined the show (past performers include The Village People, Starship and Montell Jordan) in favor of more current performers, including Kim Petras, who will be introduced by Paris Hilton. The show is produced by Dick Clark Productions (DCP shares a parent company, Valence Media, with THR) and Tubefilter. And, for the first time, it will go hostless (in 2018, The Try Guys emceed). Instead, a group of creators, including vlogger Emma Chamberlain, baker Rosanna Pansino, comedian Brandon Rogers and beauty expert Patrick Starrr, will shepherd the two-hour show. (Last year, 6.9 million people live-streamed some or all of the Streamys on YouTube, according to producers.)

Says Baldwin: “We started to think, why did we need a host if online video is so much about collaboration and diversity? And it just seemed more in tune with the spirit of the Streamy awards and the community it represents to have creators come in and collaborate.” Adds Rogers, who is nominated for four awards in addition to his participation in the production, “For a show this diverse, you can’t put one comedian in to represent it all.”

Known for a loose atmosphere, the Streamys still carry weight among a creative community that largely is ignored by more mainstream awards shows like the Emmys, which typically hands out shortform video trophies to projects affiliated with traditional talent or IP. “The Streamys mean credibility,” says Starrr, who will participate in the opening number and is nominated for two awards.

A version of this story first appeared in the Dec. 13 issue of The Hollywood Reporter magazine. To receive the magazine, click here to subscribe.