The billboard came courtesy of Sabo, a conservative street artist known for skewering Hollywood with fake advertisements aimed at celebrities.

This time, Sabo went further by hijacking an actual billboard, bought and paid for by 20th Century Fox to advertise The Greatest Showman, which opens Dec. 20 and stars Hugh Jackman and Zac Efron.

The movie, a musical about P.T. Barnum, also stars Zendaya as a trapeze artist, and it is her image that is featured on a billboard just off the 405 freeway near the National Blvd. exit, a couple of miles away from the Fox studios.

Before the sun rose in the morning, Sabo plastered on one half of the sign a giant version of the infamous photo of Al Franken groping radio host Leeann Tweeden. On the billboard, Sabo made it appear as if Franken was trying to grab Zendaya as she flies through the air dressed in a sexy trapeze outfit.

Fox’s original billboard has Zendaya flying into the waiting arms of Efron, whose image is across the street on another billboard. That one was not altered as of yet.

“Efron wanted to catch her, but Franken got there first, I guess,” Sabo told The Hollywood Reporter on Thursday, adding that the alteration is temporary and doesn’t ruin the original billboard. “I don’t need that kind of hell raining down on me.” 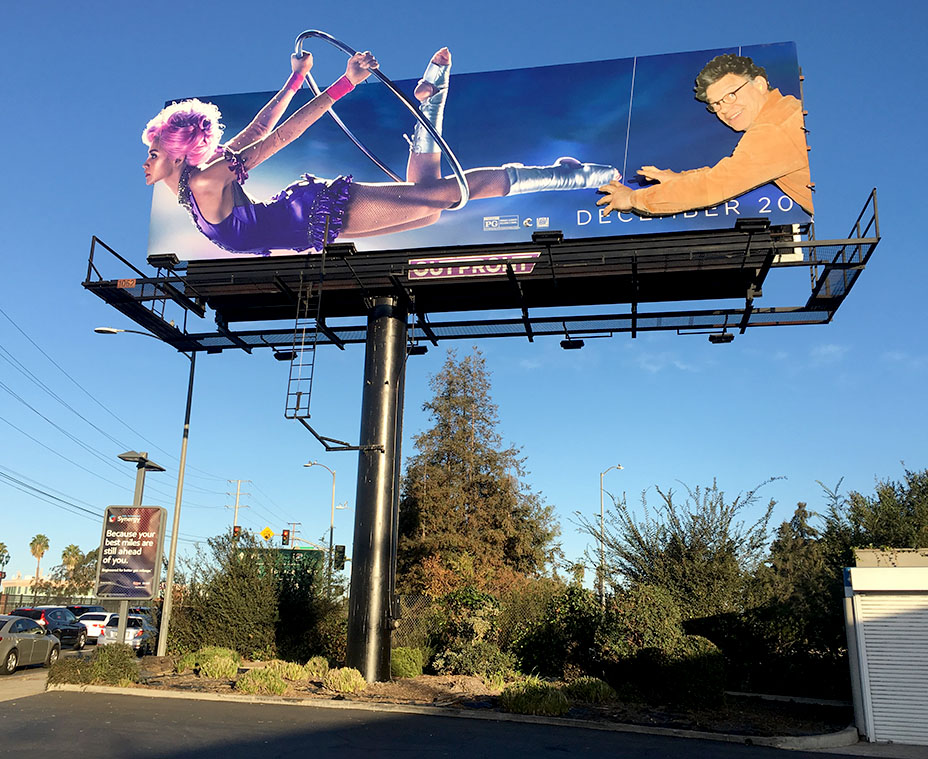 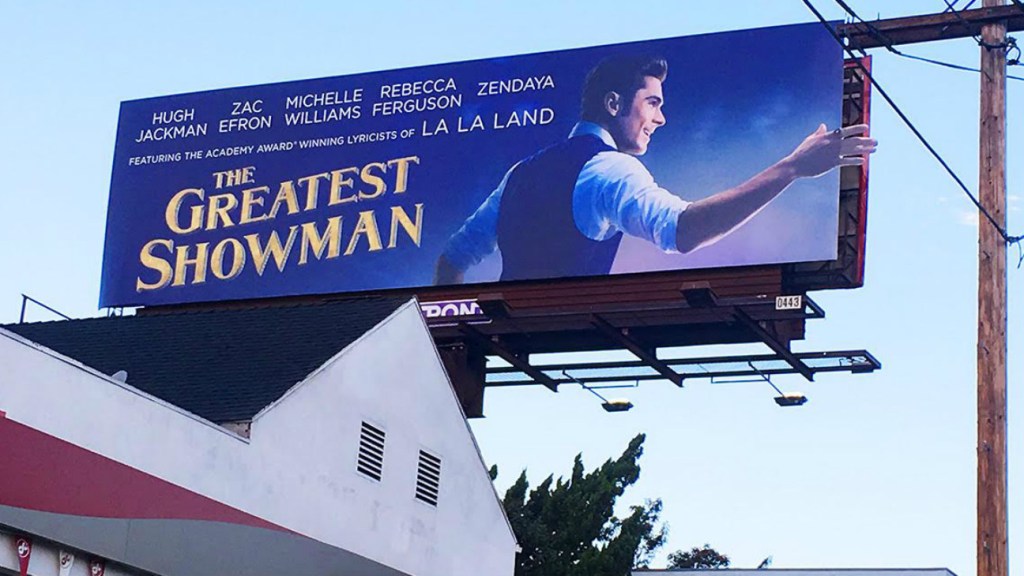 Sabo’s usual method of operation is to pepper his politically themed posters all over a targeted area then sell versions of the same artwork at his UnsavoryAgents.com website, though it remains to be seen if he’ll be doing that with the altered Greatest Showman billboard.

The original photo of Franken, his hands stretched out as if to grab at Tweeden as she slept, was taken when the two were on a USO tour in the Middle East in 2006. Tweeden made the picture public on Nov. 16. Since then, other women have accused the senator of misconduct. On Thursday, U.S. Army veteran Stephanie Kemplin came forward, saying he grabbed her breast while posing for a photo with her during a USO tour in Iraq in 2003.

Also Thursday, Jezebel, a Gawker Media website, reported that a former elected official in New England claims Franken tried to force “a wet, open-mouthed kiss” on her in 2006. Earlier, a woman said Franken grabbed her butt as he posed for a photo with her at the Minnesota State Fair in 2010, and two more accused him of similar incidents in 2007 and 2008.

Franken has issued multiple apologies, the most recent on Nov. 23, when he said: “I’ve met tens of thousands of people and taken thousands of photographs, often in crowded and chaotic situations. I’m a warm person; I’d hug people. I’ve learned from recent stories that in some of those encounters, I crossed a line for some women — and I know that any number is too many.”