Ever since the smash commercial success of the Lord of the Rings and The Hobbit franchises, Peter Jackson has regularly been credited with cleverly leveraging his Hollywood career to build his home country’s film industry into one of the world’s great production hubs.

The assertion is undoubtedly true: Instead of fleeing to Tinseltown, Jackson has brought Hollywood’s resources to New Zealand for every one of his films, creating world-class studios and visual effects facilities in his backyard, while providing peerless opportunity to a generation of local crew. But the director insists he’s tickled by the suggestion that it was all part of some grand plan.

“I just never wanted to live in L.A.,” he says. “I wasn’t thinking about building an industry at all.” Lately, he says, Hollywood executives have stopped asking when he’s moving to Beverly Hills. “Now, everyone wants to know how they can come here,” he laughs.

Hollywood films have shot intermittently in New Zealand for decades, taking advantage of the country’s seasoned film workers, world-famous landscapes and opposite seasons. But Kiwi production veterans say they’ve never seen their crews and facilities as busy as they have become throughout 2018.

“Studios used to think that if there was a Peter Jackson movie or Avatar shooting down here, there wouldn’t be enough space and capacity for anything else,” says production manager Brigitte Yorke (The Lord of the Rings, Avatar). “But big international business is definitely becoming much more consistent, and we’re handling it just fine.” 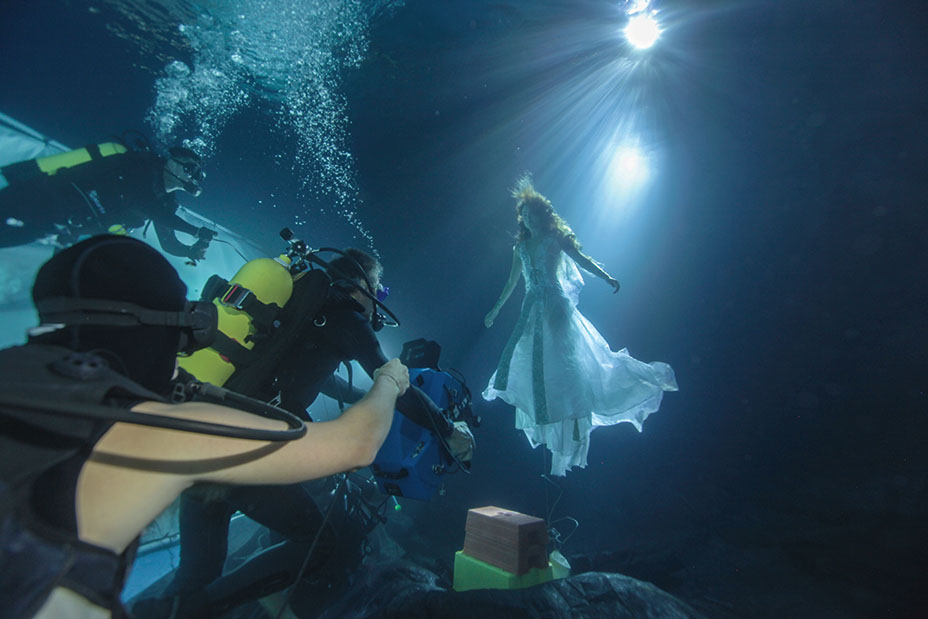 In addition to recently hosting summer blockbusters like Tom Cruise’s Mission Impossible — Fallout and the giant shark thriller The Meg, the New Zealand production uptick is indeed evidenced by the volume of high-profile projects that are in varying stages of production right now.

James Cameron is gearing up for the monumental task of shooting all three of the Avatar sequels there simultaneously early in 2019. The films were brought to New Zealand via a government deal that requires 20th Century Fox to spend no less than NZ $500 million (about $345 million) in-country and to hold at least one of the world premieres there.

Meanwhile, Disney is just wrapping production on its live-action adaptation of Mulan, with a budget north of $100 million and Kiwi director Niki Caro at the helm. The project shot on the new stages at Kumeu Film Studios in West Auckland as well as on locations across the country. Netflix, of course, also is active in New Zealand, having recently begun filming the family fantasy series The Letter for the King in Auckland; Amazon Studios, meanwhile, is shooting the YA series The Wilds in Auckland nearby. Also courtesy of Amazon, the franchise that made New Zealand synonymous with Middle Earth is tipped to be coming back to the island nation — for many in the local industry, it’s simply unthinkable that the streamer’s Lord of the Rings TV series, with a rumored budget of $500 million, won’t shoot there. 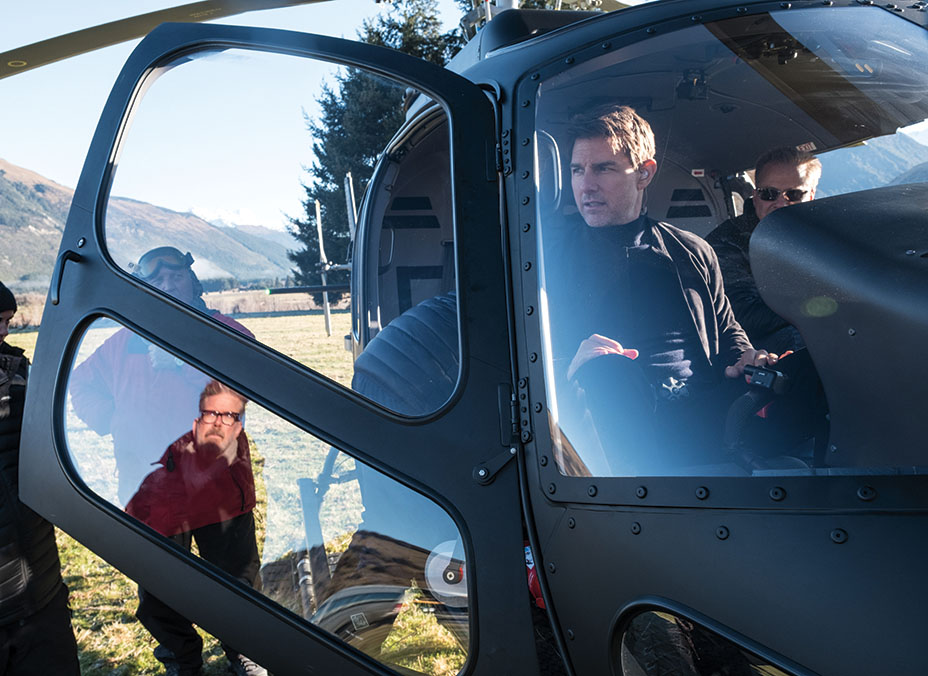 “What I’m really excited about on behalf of New Zealand is that our industry has an incredible enmeshing of the international and the national and that there is so much crossover with crews and career paths,” says Annabelle Sheehan, CEO of the New Zealand Film Commission. “You see it in the career of someone like Taika Waititi, who built his career on great local productions like Hunt for the Wilderpeople, and then he ends up on Thor: Ragnarok — a massive international film.”

Even at this late stage of development, inbound Hollywood productions are still buttressing New Zealand’s formidable production infrastructure. Sheehan cites The Meg as a salient example. The producers were determined to shoot in New Zealand, but they needed state-of-the-art water-tank studios, and Auckland didn’t have any. So they built some, with the cost offset by New Zealand’s 20 percent production rebate, plus an additional 5 percent that is available to projects that leave tangible assets behind.

“Now our new Kumeu studios have these great water tanks available for ongoing use,” she says.

“The longevity of those shows was really great training ground for a lot of people here,” she says. (They also helped launch several prominent Auckland film companies that continue to this day, such as Main Reactor, a specialist props and effects outfit that recently created an array of weapons for Disney’s Mulan.) “The volume of work has allowed people to invest in the best equipment and for crew people to devote their lives to their craft, which makes us even more competitive. We’re in that virtuous cycle phase now.” 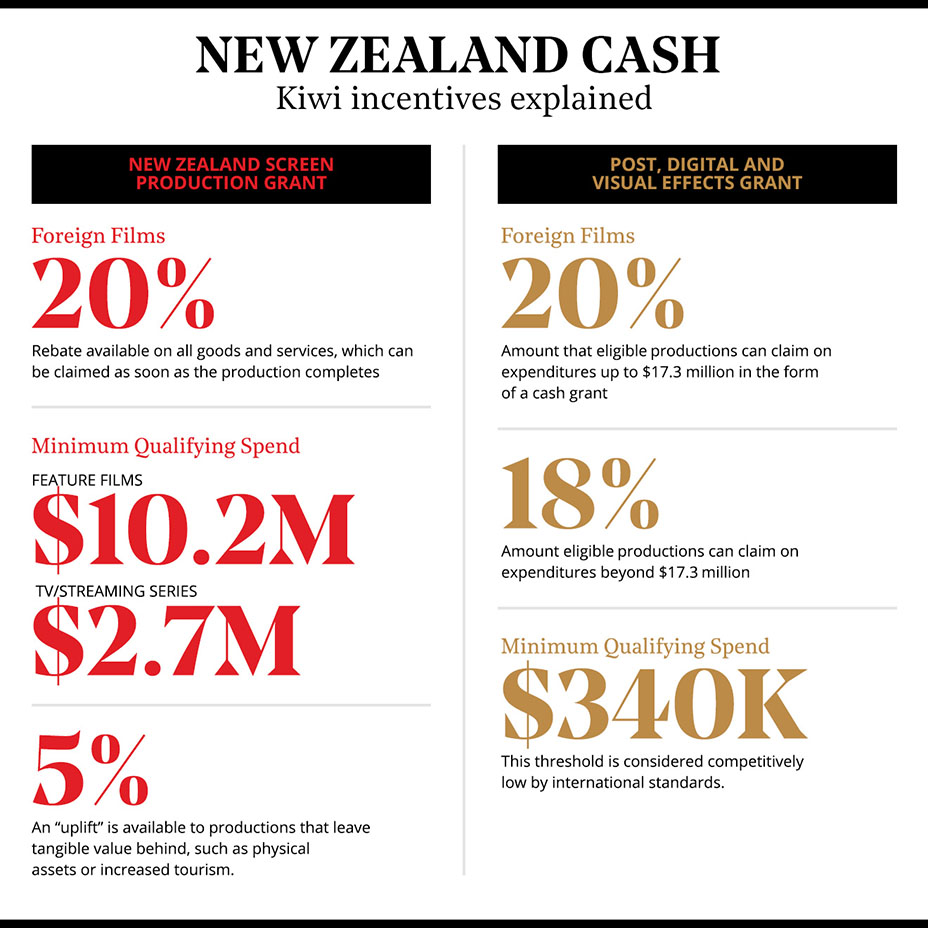 With 'Mortal Engines,' Peter Jackson Passes the Baton to His Protege