Amid the chaos and destruction wrought by the Woolsey Fire since Thursday, a tightly knit community of horse owners and breeders rallied over the weekend to save the area’s animals, despite the enormous challenges the inferno presented.

“This fire was really tough,” said stuntman Ardeshir Radpour who, armed with a massive trailer that can accommodate six horses, volunteers his time whenever fire strikes Southern California. In the last big fire, he and a friend managed to extract about 300 horses. But Woolsey, racing westward down canyons brittled by drought, made the logistical challenges frighteningly difficult.

“You’d get a message from someone who needed horses rescued and then you’d hear nothing for hours. Either they were out of range, or the towers were down, or who knows,” explained Radpour, who is a member of the area’s polo-playing community, “This one was a really helpless situation.” Radpour did manage to extract about a dozen horses in two separate trips. But when much of the Pacific Coast Highway closed down on Friday, it restricted his movement even further.

“People were calling and there was just no way for me to get there,” he told The Hollywood Reporter. By Sunday afternoon, Woolsey had scorched over 83,000 acres and was only 10 percent contained, forcing the mandatory evacuation of some 200,000 residents. 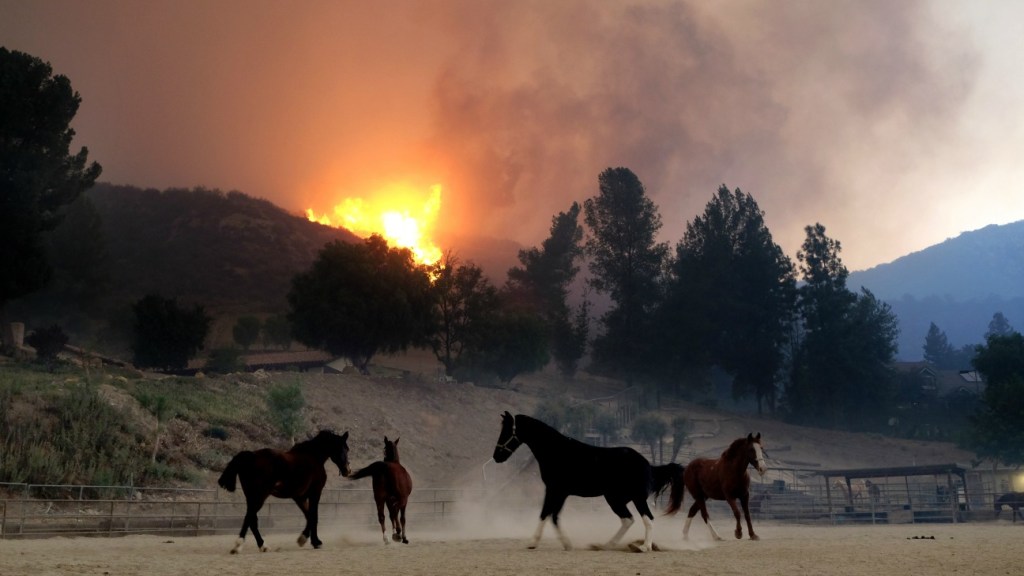 Horse owners across Malibu were shocked at how quickly the fire moved, and several had to flee abruptly, with some forced to leave their animals to their own devices.

“The thing we felt the worst about is that the fire came so fast we didn’t have time to rescue the horses,” says Wendell Phillips, co-owner of Spunky’s Rescue Ranch in Malibu, which takes in strays and cares for them. “For some reason they survived, but now we need to get up there and get them.”

Phillips, a retired policeman, said several horses from his area remain missing but that Los Angeles County officials have been preventing other agencies, such as the mounted unit from Palm Springs, from intervening to help. Local officials didn’t respond to a request for comment.

“I keep running into red tape,” says Phillips. “Now we’ve got this ridiculous turf war. What kind of B.S. is that? Let’s just get it done.”

Phillips and his wife, Mary Rickards, realized they lost their own home when they saw a picture of the burnt remains. The surrounding area didn’t fare any better.

“There are 29 homes on one stretch of Mulholland that are all totally destroyed except one,” said Phillips. “There’s nothing left standing. It looks like Dresden.”

Phillips and Rickard were on their way back to Malibu on Sunday evening, but road closures were hindering their progress. They hoped to reach Spunky’s Ranch to help other locals who had decided not to evacuate — and also to continue looking for the remaining missing horses, at least half a dozen by Rickard’s count.

“There’s no water there, no power, no food,” says Phillips. “I’ve got 300-gallon barrels of water and some emergency rations.”

Phillips’ neighbor, actress Victoria Principal, was spared her home, though she did evacuate. Alyssa Milano owns six horses that were also safely evacuated as the fire spread. Four horses (and one donkey) owned by Wendie Malick were saved by a local sheriff’s deputy.

Horses weren’t the only animals at risk. An employee at Pet Haven in Malibu says the local staff had been evacuated and the animals taken to shelters elsewhere. “The pets are all coming to different locations,” the employee, who declined to identify herself, says.

In Topanga Canyon, which remains under mandatory evacuation, residents said Woolsey wasn’t presenting an immediate threat. Still, horse owners got their animals out just to be safe.

“We evacuated 35 horses, but there’s no smoke in sight right now,” says Susu Dillon, who manages the Fair Hills ranch in Topanga. “Everything is blowing away from us, but people are leaving for their own peace of mind. The horses went to various places and they’re all safe.”

Calls to several other ranches went unanswered or were sent straight to voicemail. The Malibu Rider’s Ranch, which, until Woolsey struck, offered up a popular one-hour, three-mile loop that wound its way through the old Western Town at Paramount Ranch (which has also since burned down), had evacuated.

Even as the fire continued to rage, the area’s animal lovers took solace in tales of heroism. “One girl had to take pigs, cats and horses,” says Dillon. “She got them all in a trailer and truck and all were happy.” 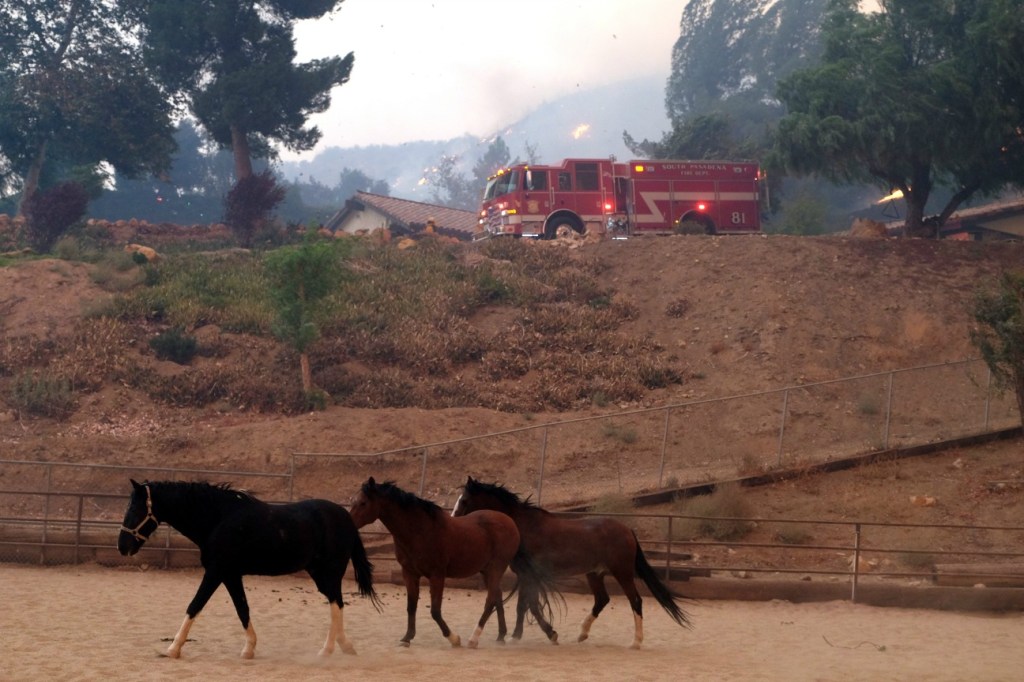