Four years ago, The Big Short, based on the book of the same name, told the story of how the 2008 financial crisis hit the U.S. economy, but it did so from the perspective of those within the financial community.

Set during the same period and based on a 2015 story in New York magazine, Hustlers, which bows Friday, is also about how the meltdown of the financial markets impacted people. This time the perspective is that of a group of strippers at a New York City club who realize the Wall Street types contributing to that meltdown are getting rich while the dancers struggle to keep a roof over their families’ heads.

Jennifer Lopez stars as Ramona, a veteran performer at the club who’s also a single mother going through just those kinds of problems. When Destiny (Constance Wu) begins dancing to help make ends meet, the two concoct a scheme to get even with the dudes who come to the club. They recruit other women — played by Cardi B, Lili Reinhart, Keke Palmer and more — to run scams on drunk men, separating them from their ill-gotten gains as an act of protest justice.

The movie, tracking for a $25 million-plus opening weekend and with a 96 percent fresh rating on Rotten Tomatoes, has been sold in its marketing and promotional campaign by STX as a funny, glitzy and star-studded heist caper.

The primary poster (by marketing agency ICONARTS CREATIVE) from mid-August is all about the cast, with the names of the leading ladies in bright pink and the title treatment in neon. At the bottom is mention of the article by Jessica Pressler that inspired the movie, which is a nice touch.

Shortly after that, a series of character posters (also by ICONARTS) was released that put each of the leads in the spotlight, some area of the club where they dance in the background to continue the movie’s neon purple branding. Another set (by marketing agency BLT Communications) came out just a week later that narrows the focus on each character and places their photo within a letter of the movie’s title.

The teaser trailer from early July was labeled a “cast tease,” simply showing the names of the cast while a Cardi B. song played.

A week or so later, the first full trailer (3.3 million views on YouTube) came out. It opens with Ramona offering tips on dancing moves to a younger girl, moves she later performs for a paying audience. We see how Destiny is just trying to support her grandmother and live a normal life. Ramona is tired of being taken advantage of, so she gets Destiny and Annabelle (Reinhart) to join her in a scheme to scam some of the high-rolling bankers who destroyed the financial system and faced zero consequences for doing so while the dancers continue to struggle. Others join them until it’s a whole crew shaking down finance bros left and right.

A second short trailer (4.8 million views on YouTube) was released just a couple weeks ago. It hits many of the same points as the first trailer, but plays up the comedic angle of the story more than how the characters are out to exact their pound of flesh. It plays very well, selling the movie as a glitzy heist caper of sorts. 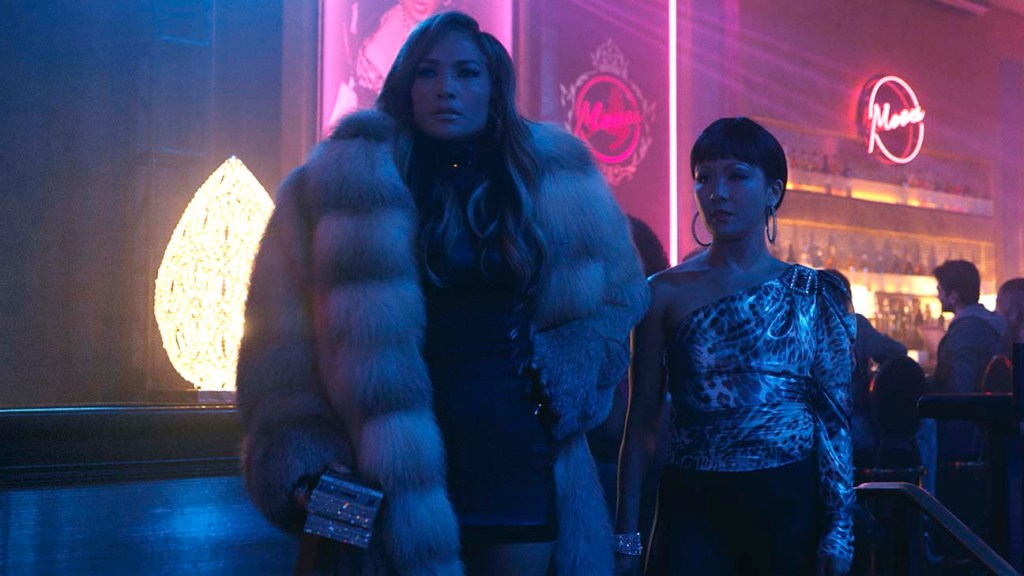 One of the first publicity beats for the movie came in June when STX offered CineEurope attendees an exclusive preview. That came months after it acquired the project when Annapurna Pictures, which has been making a series of moves to try and right its financial ship, dropped out as a producer.

The studio ran sponsored stickers on Giphy featuring the title treatment and a few key catchphrases from the film.

TV spots began running in late August, with commercials offering a basic plot outline of how a group of dancers are going to break the rules to provide for the people they love. Later spots focused on the societal revenge angle of the women’s plan and more.

At about the same time, STX began releasing clips offering deeper looks at key scenes from the pic. That included Destiny getting some dance tips from Ramona, a bonding moment between the two, Ramona getting angry over how those Wall Street guys got off scot-free, the group putting the moves on one of their marks and more.

A screening at the Toronto International Film Festival was met with positive reviews that called out the performances by Lopez, Wu and others and sparked some awards speculation for those actors. That unspooling included a Q&A with the cast and crew. There was also a serendipitous connection with Tom Hanks, who crashed a photo shoot with the cast and generated a lot of emotions and press.

? Frederick’s of Hollywood, which created a line of lingerie inspired by the styles worn in the movie.

? Shoedazzle, which offered a similarly movie-inspired line of footwear and other fashion while also running an Instagram sweepstakes awarding winners store credit, movie tickets and more.

? Ladies Get Paid, which hosted an early screening of the film followed by a Q&A about how women can more easily talk about money as a way of making sure they’re being paid what they’re worth.

As part of a bigger media promotional campaign, Lopez and Palmer rode a movie-branded double decker tour bus through New York singing songs and getting noticed. Those on the bus already were treated to an advance screening to help them spread word of mouth. 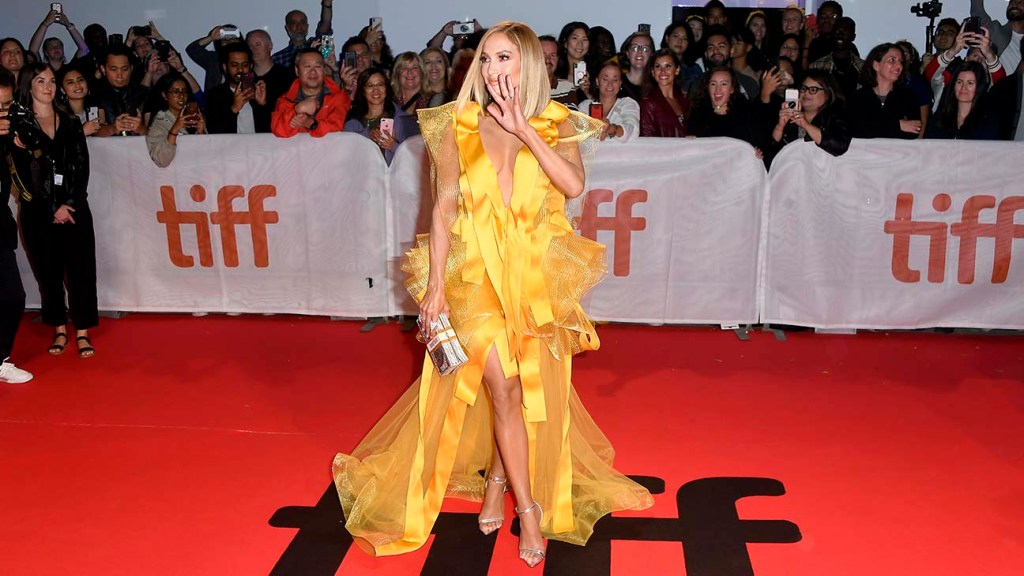 STX has planned a campaign for Hustlers that’s heavy on celebrity. Lopez and Wu in particular are at the forefront, but Lizzo and Cardi B are also featured prominently in hopes of drawing in their built-in audiences to the film.

At the same time, the marketing is selling a bright and funny revenge caper akin to movies like Ocean’s 11, but with more of a clear revenge/justice angle. Consistent branding throughout the campaign creates a strong brand identity for a story about the lengths those who are struggling in society will go to when they’re kept down by the powerful, who see them either as entertainment to enjoy, resources to exploit, or both. That it’s based on a true story makes it all that more appealing and vital.