Daisy Ridley Covers V Magazine [V Magazine]
Daisy Ridley channeled an off-duty Princess Diana for her new photoshoot in V Magazine, photographed by Inez and Vinoodh and styled by Rihanna’s stylist Mel Ottenberg. The Star Wars franchise star spoke about her newest role alongside Johnny Depp and Michelle Pfeiffer in Murder on the Orient Express, noting, “When I was told the cast, I couldn’t believe who I was working with. Then, I couldn’t believe how amazing the experience was. Every single castmember, every single crewmember was magical.” 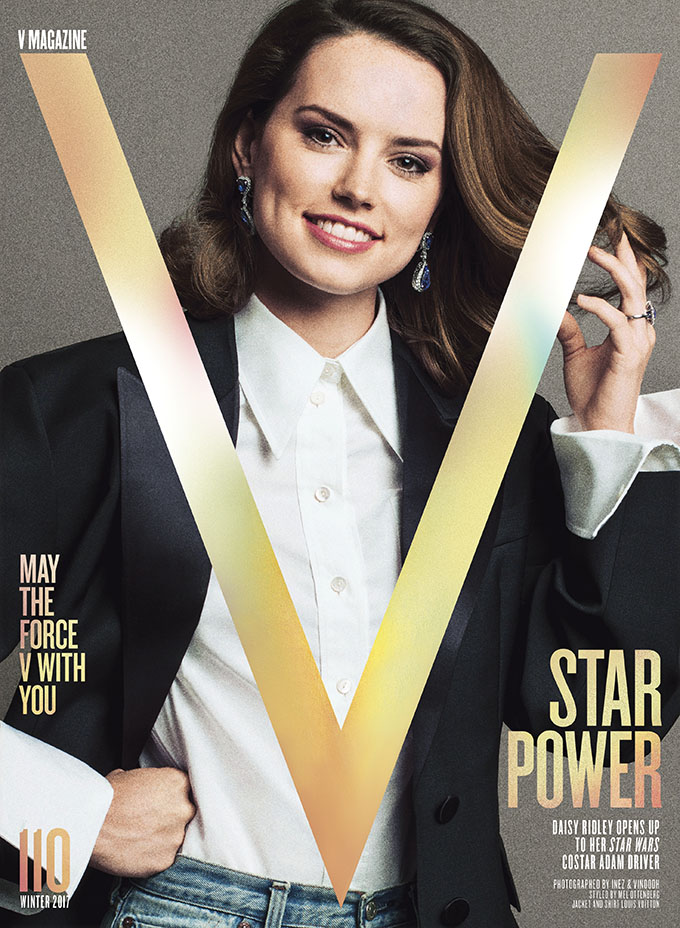 N*E*R*D* Collabs With Illesteva on Tech Sunglasses [Pret-a-Reporter Inbox]
N*E*R*D*, the funk trio co-founded by Pharrell, has teamed with Illesteva on a new sunglasses collaboration with a tech twist. The shades, which will be available in stores on Nov. 7, come equipped with a 16GB USB drive with exclusive content shot by Christian Padron. N*E*R*D* x Illesteva will debut Saturday at ComplexCon in Long Beach, California, where the group will also be performing.

Virgil Abloh, Alexa Chung Win Footwear News Achievement Awards [Footwear News]
Move over, Kanye. Virgil Abloh, Kanye West’s former creative consultant, will be awarded the Shoe of the Year Award at the Footwear News Achievement Awards for his Nike Air Jordan 1. He follows in the footsteps of Rihanna, who was recognized for her Fenty x Puma creeper, and West, who was honored for the Yeezy Boost. The official awards show will take place Nov. 28 in Manhattan. Alexa Chung will be honored with the Launch of the Year Award for her eponymous label, and Hailey Baldwin will be named Style Influencer of the Year.