Fake Solar Eclipse Glasses Sold on Amazon [Bloomberg]
The total solar eclipse on Monday caused massive demand for protective glasses that could be worn while viewing the out-of-this-world event, and many shady manufacturers responded by producing fake glasses that did not offer the protection they promised. These new businesses tried to take advantage of Amazon’s open market place (brands only need to register an account before selling their goods) to hawk the fake glasses, highlighting Amazon’s larger issue with the sale of counterfeit goods on its site. Amazon apparently caught wind of the counterfeits and began requiring sellers to provide documentation proving their glasses were safe, though not before several were already sold. The company is offering refunds to customers who purchased fakes, but unfortunately there’s no reversing eye damage.

New York Mag’s The Cut Looks to Draw Advertisers With Redesign [Glossy]
New York Magazine‘s fashion, beauty and feminist focus vertical, The Cut, got a makeover on Monday. The site debuted a much more streamlined, minimalist look that is intended not only to enhance reader experience and house their growing areas of content, but also to lure in ad dollars. Of course, mobile optimization was also a priority. 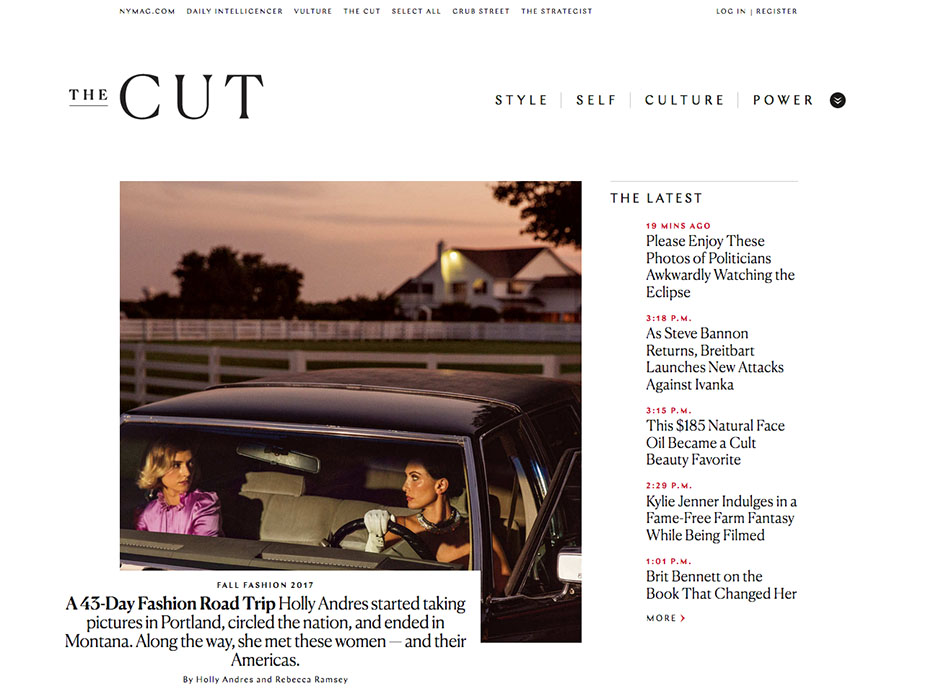 Virgil Abloh Redesigned 10 Classic Nike Sneaker Styles [Nike]
Is there any brand Off-White’s Virgil Abloh won’t collaborate with? After collaborations with Warby Parker and Ikea (yes, Ikea), the designer revealed a new project with Nike that has been ongoing since last year, the fruits of which were unveiled Monday. Abloh reimagined 10 classic Nike sneaker styles, including the Air Jordans, the Nike Air Max, the Air Force 1 and even the Converse Chuck Taylor. The collection, called “The Ten,” will become available at Nike Lab locations and select retailers worldwide in November.

Estee Lauder Shares Soar After Positive Forecast [Reuters]
Though some customers are upset that Estee Lauder is still using the term “anti-aging,” it looks like the brand is doing something right. The company’s shares hit a record high on Friday after the beauty brand posted higher-than-expected quarterly results. Sales from Estee Lauder-owned brands like M.A.C. and Tom Ford as well as increased foot traffic in stores in China and Italy contributed to the results. The acquisition of Too Faced and Becca Cosmetics also contributed to the positive outlook.