Kanye West’s Yeezy Jewelry Line Is Here [Vogue]
Kanye West quietly released his new Yeezy jewelry collection on Friday, a 12-piece luxury line ($4,810-$11,960) comprised of pendants and rings. Several of the 18-karat-gold items include imagery from 14th century Florentine art, which West told Vogue is a nod to “timeless love.” The collection, which debuted on the Yeezy Season 4 runway, was made in collaboration with Jacob Arabo of Jacob the Jeweler. Kim Kardashian has worn the pieces several times, including at the MTV VMAs last summer.

Meghan Markle Shutters Lifestyle Site [TheTig.com]
Suits actress Meghan Markle is saying goodbye to her three-year-old lifestyle website, The Tig. Markle, who is currently dating Prince Harry, posted a farewell letter on her site on Friday, writing, “After close to three beautiful years on this adventure with you, it’s time to say goodbye to The Tig. What began as a passion project (my little engine that could) evolved into an amazing community of inspiration, support, fun and frivolity.” Markle posted about food, style and philanthropy on the website.

Vilebrequin Teams Up With Karl Lagerfeld on Swimwear Collection [Pret-a-Reporter Inbox]
Vilebrequin has tapped Karl Lagerfeld for an unlikely collaboration inspired by the blue hues of the “iconic Rivieras” and featuring the designer’s silhouette. The eight-piece summer capsule collection includes men’s and women’s swimwear, beachwear and beach accessories, priced between $80 and $290. The collab will be available in select Karl Lagerfeld stores and Vilebrequin stores and online at both retailers’ sites in May 2017. 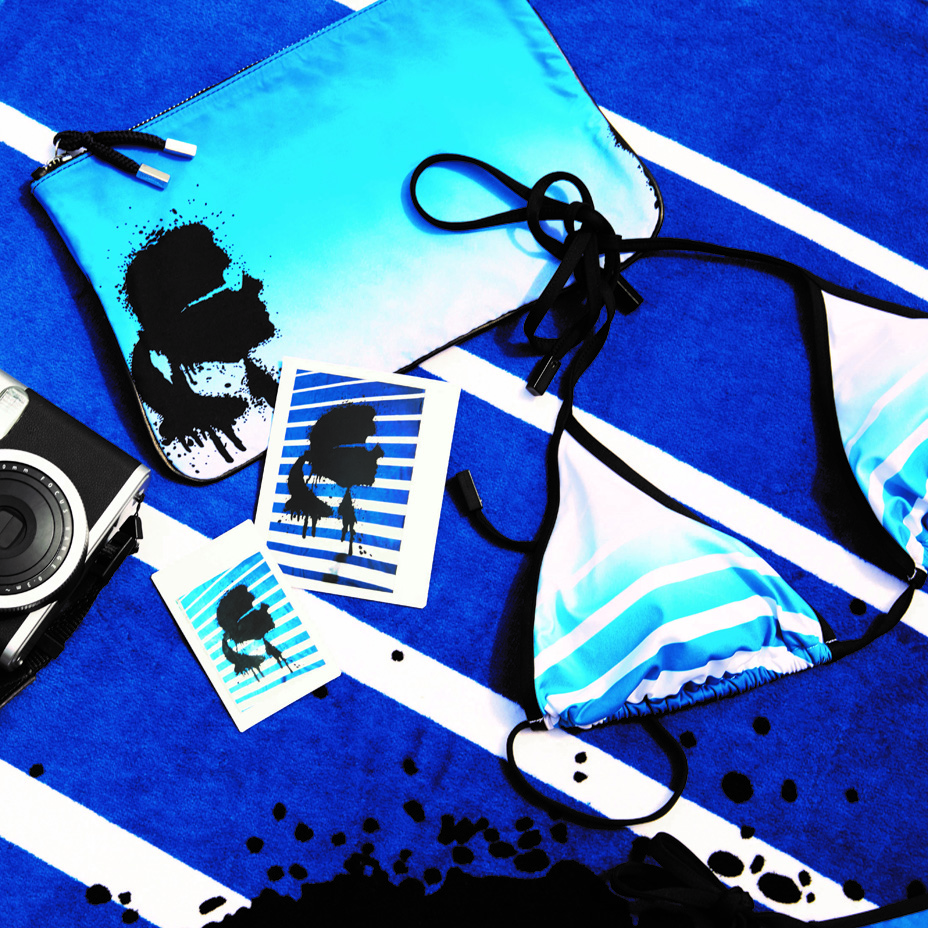 Anna Wintour’s Infamous Sunglasses Raising Funds for Charity [Page Six]
Anna Wintour’s iconic (eyeconic?) Chanel sunglasses — the accessory which completes her every ensemble, even in the evenings — do more than just protect her peepers from the harsh rays of the sun or paparazzi cameras. The Vogue editor-in-chief donated a pair to Ryan Raftery, who is putting on the one man show Ryan Raftery Is the Most Powerful Woman in Fashion, in which he plays Wintour. Raftery is putting the shades up for auction on eBay on April 24 and will donate the proceeds to The Trevor Project, an organization focused on LGBTQ-suicide prevention.