Kevin Durant Says Athletes Don’t Like Under Armour [Bleacher Report]
Despite his champion status, it looks like Steph Curry can’t sway all athletes to follow in his Under Armour-clad footsteps. According to his Golden State Warriors teammate Kevin Durant, “everyone knows” that athletes dislike Under Armour. Speaking of how a college’s athletic sponsor affects potential recruits, he added, “Shoe companies have a real, real big influence on where these kids go … Nobody wants to play in Under Armours, I’m sorry. The top kids don’t because they all play Nike.” According to USA Today, Under Armour’s stock briefly nosedived following Durant’s comments. 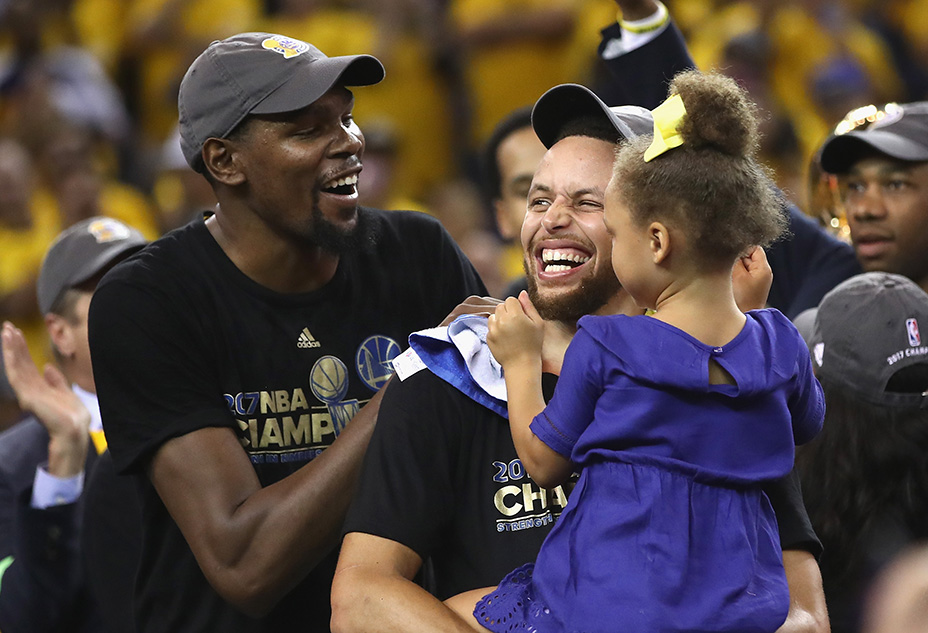 Founders of an E-commerce Start-Up Invented Fake Male Co-Founder to Battle Business Sexism [Girlboss]
Kate Dwyer and Penelope Gazin, founders of e-commerce startup Witchsy — a platform for artists to sell their wares directly to consumers and pocket 80 percent of the profits — found a creative way to battle the sexism they encountered when launching their business. The ladies invented a third founder, “Keith Mann,” complete with his own email address and profile photo, which they used in correspondence with third parties, particularly those in the tech sphere. A little under a year after “Keith” started “full-time,” the business has sold more than $200,000 worth of art.

Desigual Teams Up with French Artist Jean-Paul Goude for Spring 2018 [Pret-a-Reporter Inbox]
Barcelona-based brand Desigual has partnered with French artist Jean-Paul Goude for its spring 2018 collection. Goude has signed on as artistic adviser, overseeing all aspects of Desigual’s image for the upcoming season, from design to marketing to events. His work will debut at New York Fashion Week next week. Goude has also created a capsule collection to be unveiled on the runway and sold at select stores. The artist has previously collaborated with Chanel and Lacoste.