Before the Eagles face off against the Pats, Hollywood is heading to Minneapolis to kick off the festivities (off the field.)

Pink will take the stage at Nomadic Live! before she sings the national anthem on Sunday, Jennifer Lopez is performing for AT&T and DirecTV Now’s live-streamed concert, and Kelly Clarkson, Cardi B, Jamie Foxx, Miles Teller, Snoop Dogg, DJ Khaled and more are joining in on the party.

Below is The Hollywood Reporter’s full guide to all of the hottest happenings for Super Bowl weekend.

How 'The Woman King' Editor Brought Vulnerability to a Fierce Warrior

On the invite for the “All-Star Kickoff Party” there’s one major request that dress code is “sexy cocktail attire.” The night will be hosted by Fox Sports Charissa Thompson, the NFL Network’s Mike Silver and ESPN’s Jeff Darlington.

Similar to its lush Sundance and Wimbledon spaces, Endeavor will be debuting its first-ever Super Bowl lounge for invite-only guests, clients and partners. Location is under wraps, but the lounge is open all day, available until Saturday and is equipped with games galore (Ms. Pac Man and Donkey Kong), special spa treatments and salon services (haircuts, beard trims, styling and makeovers), a nonstop custom barista service provided by Brew Ha Ha and S’mores bar and a food menu changing daily with eats to include grilled jumbo shrimp, beef tenderloin crostini, mini donuts, mac and cheese bites and more.

Comedian Kevin Hart made sure to put Minneapolis on his comedy tour map as he plans to bring the laughs to Super Bowl weekend. Tickets are on sale here.

The Women of Football

Sponsored by Lululemon the night will toast “the women in football” at a backroom speak easy with music provided by DJ Jonathan Ackerman.

Before she sings the national anthem on Sunday, Eagles diehard P!nk will take the stage at the Minneapolis Armory, which will be transformed into a multi-level nightclub experience all weekend long with performances by Imagine Dragons and Machine Gun Kelly the night prior and Kelly Clarkson returning for a pre-game party on Sunday. 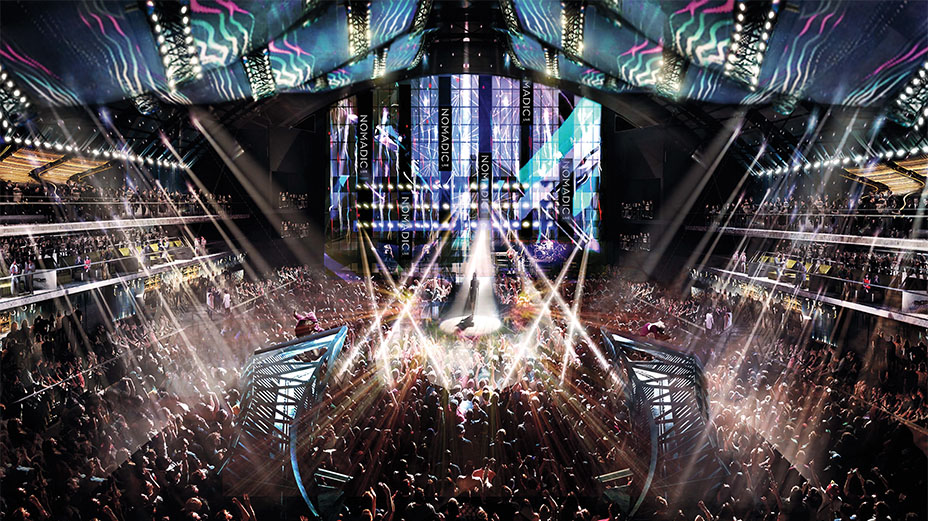 Grammy-nominated group Migos will perform along with T-Pain and DJ Cassidy.

The h. Wood Group’s Bootsy Bellows loves a party weekend as they make their return to yet another Super Bowl and supply the party for all the club crawlers in town. Guest rapper for the night will be 21 Savage.

The Giving Back Fund’s Big Game, Big Give

Jamie Foxx hosts the annual charity event that raised over $1 million in 2017 towards The Giving Back Fund and hopes for a repeat this year as both Eagles and Patriots fans unite together for a good cause. DJ Diesel (Shaquille O’Neal) will be dropping by to bring the beats and Tom Brady’s specially designed Aston Martin will be on display to tempt attendees into buying their very own at the auction.

The annual AT&T and DirecTV Now concert will be streamed live for the first time with Jennifer Lopez (who used to root for the Patriots in her Ben Affleck dating days) performing for expected guests to include Eagles fanatic Miles Teller.

The Las Vegas mainstay in partnership with element is bringing the party to Minneapolis with performances by G-Eazy, Afrojack, Mix Master Mike, Dimitry Mak and DJ Serafin.

Snoop Dogg hosts the night, but make sure you call him DJ Snoopadelic because he’ll be spinning all night for the party in partnership with Talent Resources Sports. General admission tickets are $500.000 a pop.

Back at the Armory to close out the weekend, the venue will host over 35,000 concert goers and see finale performances from Cardi B, Diddy, DJ Khaled, French Montana and G-Eazy.

Tao Group’s Luchini Pizzeria (one of the The Weeknd’s favorite spots) and Bar Avenue are teaming up for the ultimate viewing party, which will include a live DJ, bottomless mimosas, games and even pizza fries.

For all the town’s transplants who aren’t making the trek to Minneapolis. Instead, they’ll make sure to Instagram their game day out at the millennial favorite hotspot. For the L.A. location they’re partnering with X House Beer and will have a food menu delivering hot wings, nachos and chili dogs, and for the Huntington Beach location they’re partnering with tequila brand Los Sundays.

On the (vegan) menu will be Philly “cheese” steaks for Eagles fans and of course some New England corn chowder for those pro-Pats.

Where do you plan on spending your Super Bowl weekend? Will there be Buffalo chicken dip involved? And are you rooting for the Eagles or Patriots? Have a (friendly) chat about your team in the comments section below.