We’ve been pondering Justin Timberlake’s style evolution lately, so it was with on-the-edge-of-our-seats style suspense that we were waiting for intel about his ensemble for Sunday’s Super Bowl halftime performance in Minneapolis. Now, word is in that he will be donning two custom Stella McCartney outfits.

Over the years, JT has had a notable movement from classic old-school style staples (newsboy caps, vests and tinted eyewear) to the svelte Tom Ford suits he donned for 2013’s 20/20 Experience to his latest lumberjack look in promotional materials for the forthcoming album, Man of the Woods. And then he seemed to channel Steve Jobs in an Italian wool turtleneck by Todd Snyder, gray jogger pants, white Ermenegildo Zegna Couture sneakers and silver aviator specs in the music video for the album’s first single, “Filthy,” that dropped last month.

What Is Going on With Justin Timberlake's Style?

The 36-year-old’s Superbowl aesthetic on Sunday will straddle his diametrically opposed Man of The Woods mountain dude and dapper gentleman. First, he will suit up in a tailored Stella McCartney Prince of Wales check-and-camouflage splatter paint trouser and matching single-breasted jacket, crafted from repurposed wool (paired with Timberlake’s own personal bandana kerchief, according to a Stella McCartney publicist — one of his signature accents). Then he’ll swap out the tailored jacket for a fringed nappa leather jacket. Both looks will be worn with an organic cotton button-front shirt featuring landscape artwork by British artist Martin Ridley, known for his paintings that feature wildlife such as geese and deer. 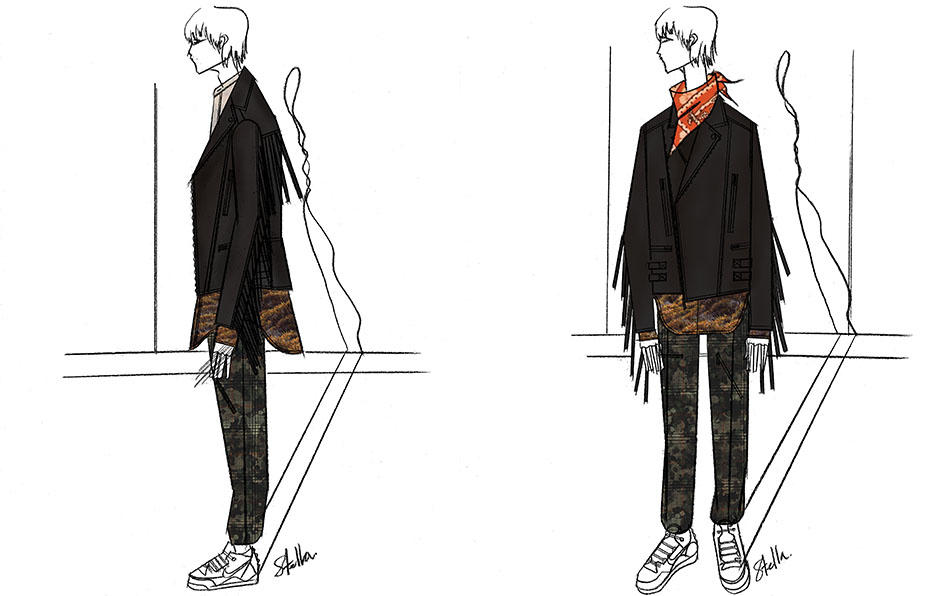 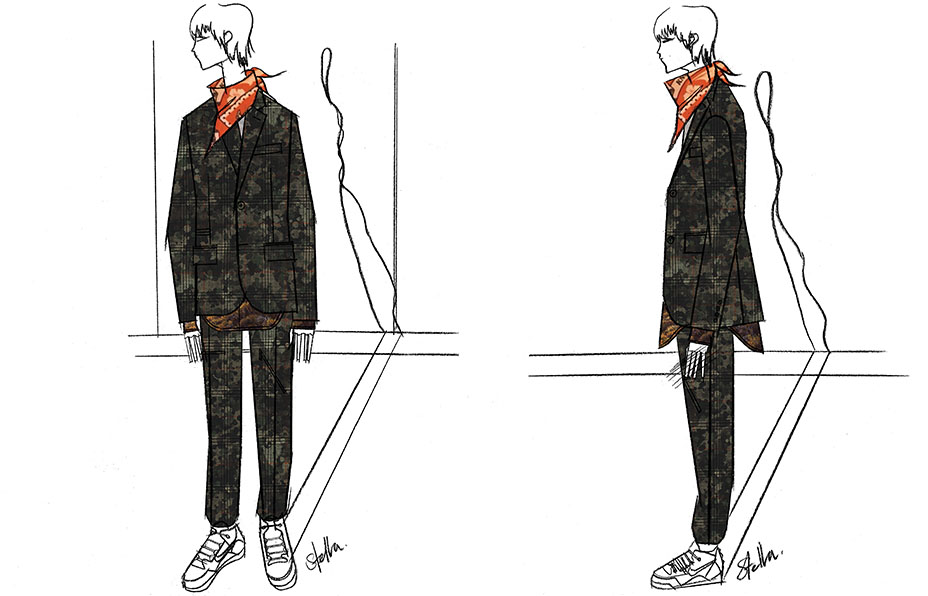 Stella McCartney, of course, has her own long history with music as the daughter of Beatle Sir Paul. She launched her first menswear collection last year, and it has been worn by a smattering of celebs, including BORNS, Ansel Elgort, Machine Gun Kelly and Noah Schnapp. But this will be its most high-profile moment in the spotlight yet.

Timberlake has already gotten a running start with the label. Last night, he wore a red crewneck sweater from Stella McCartney’s fall 2017 collection, while performing at the American Express x Justin Timberlake Man of The Woods listening session at Paisley Park Studios, Prince’s recording complex in the Chanhassen suburb of Minneapolis. He teamed it with one of his trademark beanie caps and gray cords. 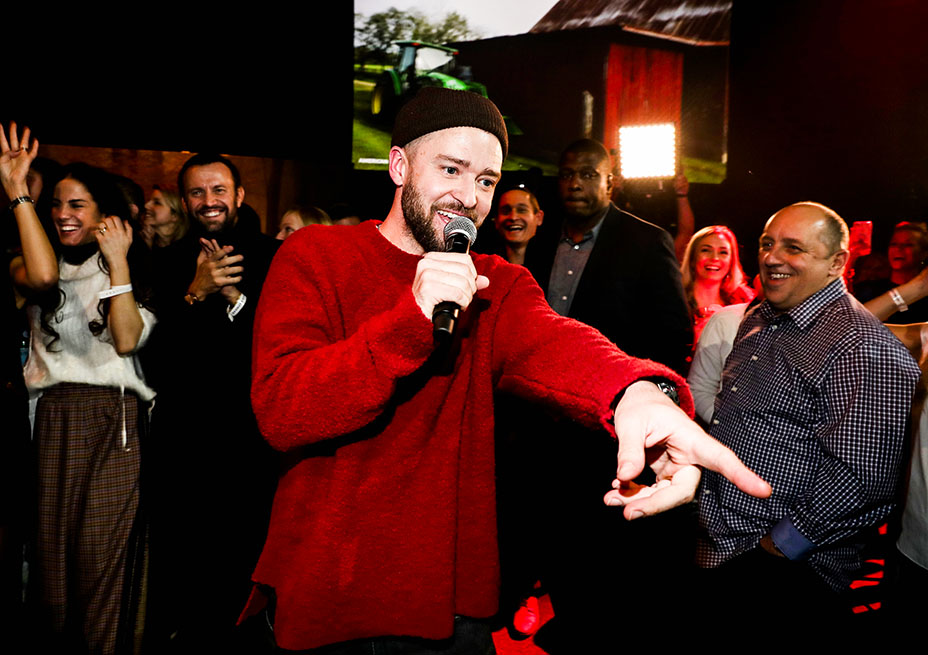 When Timberlake last performed at the Super Bowl in 2004 with Janet Jackson, Kid Rock, P. Diddy, Nelly and a marching band, the event became best known style-wise for Jackson’s wardrobe malfunction (i.e. “nipple gate”). In retrospect, maybe a plus for Timberlake in that it deflected from his unremarkably bland get-up — an embroidered, olive green T-shirt with sloppy khakis and a black cargo-style jacket. 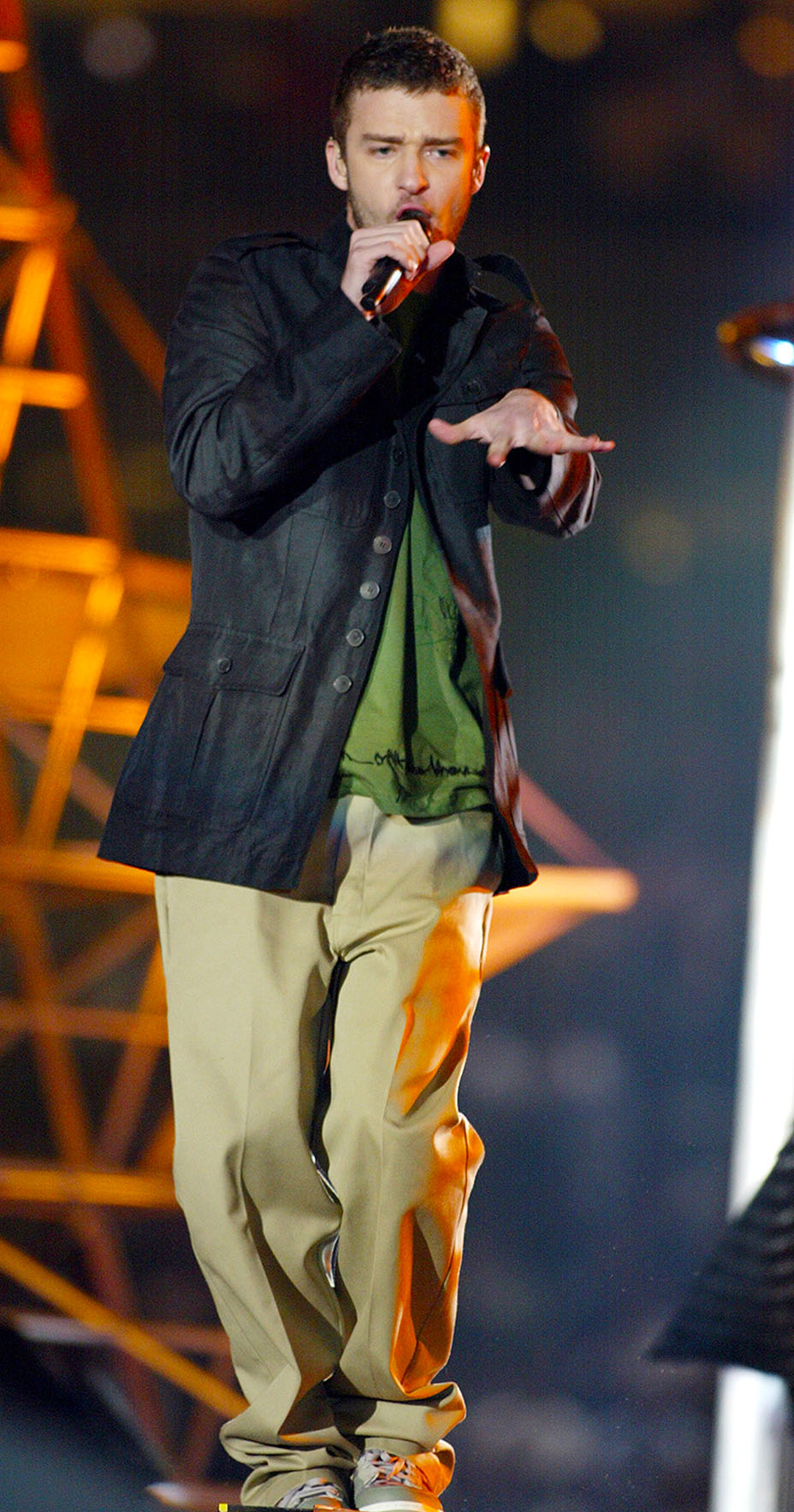 As for his debut halftime show performance with N’Sync in 2001 — major throwback — JT rocked an oversized color-blocked leather button-front over a tie-dyed T-shirt and patched, frayed faded jeans — accompanied by then-girlfriend Britney Spears in a tiny black crop top and skintight silver pants with a single gray-striped tube sock-as-arm band. Now that was a moment. 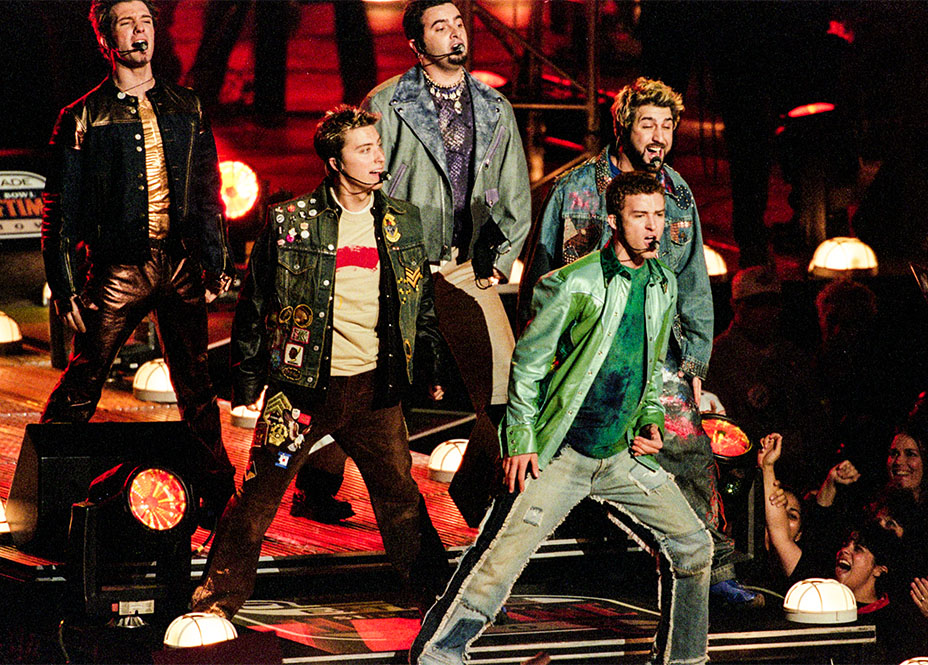