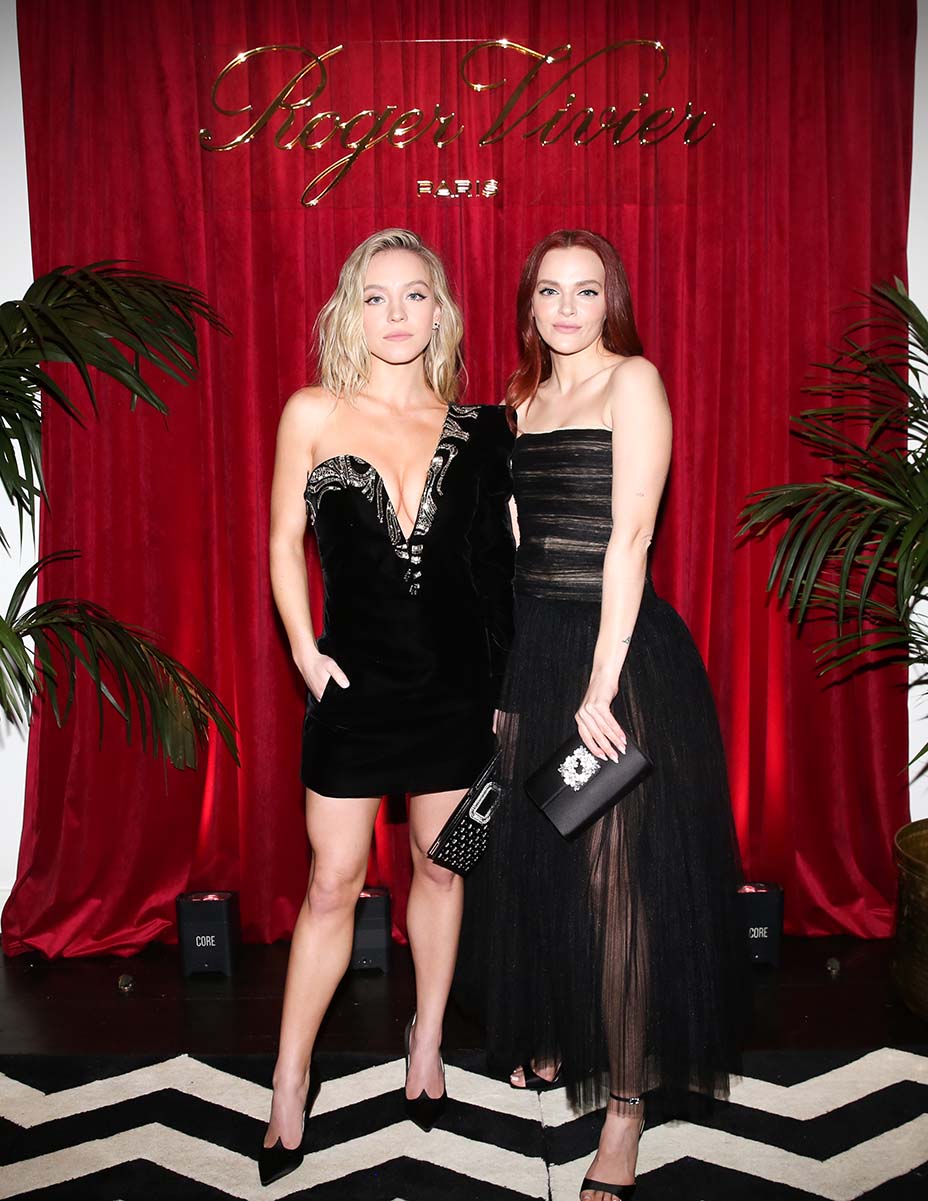 Shot in Teatro Gerolamo in Milan, the new short celebrates the brand’s Belle Vivier pumps by telling a tale of a master illusionist (played by Ricci) who asks an audience volunteer (Agron) to lie down in a box and proceeds to saw her in half — only to steal her sparkling shoes to add to a collection that reveals Ricci as a serial shoe thief.

Felloni told The Hollywood Reporter that the idea came to him when he heard that women collect the Belle Vivier. “Some have 100 or even 200 pairs,” he said. “And I started from the idea that when women see a shoe they like, the first idea is probably to have it, to get it, in a way to steal it. When I think of Christina, she’s a great actress and she’s a little bit dark so I imagined this magic box and bringing her ‘blood’ to her to steal the shoes for her collection.”

Felloni’s first two films for Roger Vivier were Due de Chats, starring Deneuve, and Jewels to Shoes, with Sarandon and Robb. 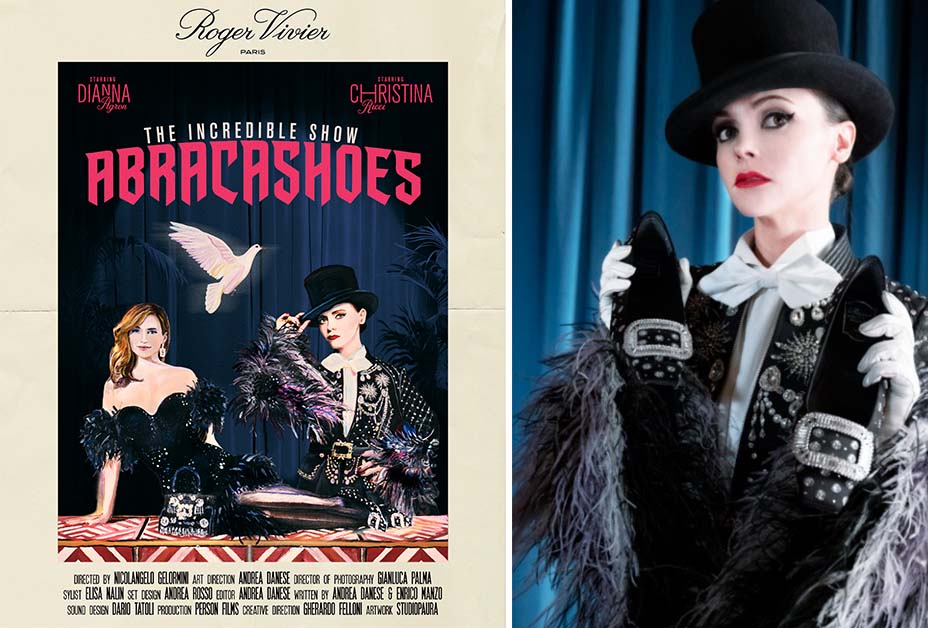 “I met Gherardo about a year and a half ago and I told him how much I loved the film with Susan, and then he approached me about this, and I was excited to do it,” Ricci told THR, adding that she has just wrapped the pilot for Showtime’s Yellowjackets with Juliette Lewis and is waiting to hear about a pickup. “I love the direction he’s taking the brand — how he’s celebrating the history and the iconography of the brand. These short films are a way of perpetuating that because of the close association with Catherine Deneuve in Belle de Jour.”

As for her personal shoe obsessions, Ricci says: “Before I had my son [now 5 years old], I had a library off my bedroom that I turned into a shoe room. I painted it hot pink and it was just my shoe collection. It was really amazing. But then my size 6.5 foot grew to a size 9 when I was pregnant, and then settled back to a 7. So all those shoes went to The RealReal. Your priorities change when you have a child so you have to make friends with shoe designers.”

“I like the craftsmanship of the purses and shoes,” Sarandon told THR, pointing to her crystal-bedecked plaid ankle boots. “They’re also very great with color, and the shoes are very comfortable. They obviously have a great sense of humor when we worked together, so that was really fun.”

Sarandon’s shoe mojo these days is all about comfort. “I have so many memories of dysfunctional shoes,” she says. “I’ve had a number of moments when my shoes came off because I couldn’t bear to wear them any longer. I’ve had popped heels now and then. As I’ve gotten older, I’m very much about flats or small heel. But there are so many great choices now for shoes that are not sexy high heels that are really substantial. I was going to an evening in the [L.A.] Coliseum, there was a concert, and I was the only one who could even deal with it because there were so many cobblestones and everyone in heels could not get around.”

Talking about Oscars shoe trend predictions, Felloni says that he hopes to see more low heels, rather than the expected stilettos, on the red carpet and he thinks the look will be “more minimal,” saying, “I think simple things will be the next trend because we’ve seen a lot of excess in the last five years.”

Cynthia Erivo's "Out of This World" Glam: Stylist Shares Secrets Behind Her Red Carpet Fashion